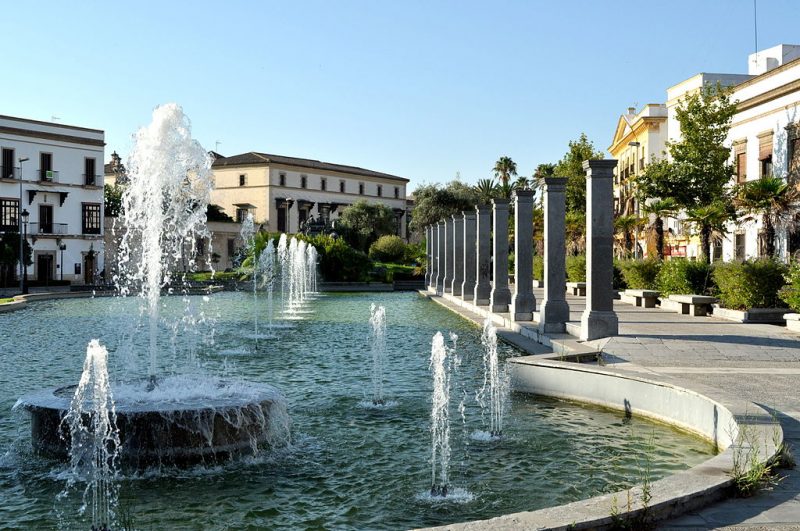 The artistic city of Jerez de la Frontera, also known as Jerez, located in the province of Cadiz, is a well-heeled place famed for its exotic wines, the dancing horses, and its flamenco. This is definitely one of the humblest towns in Cadiz that brings together the grandeur of aristocratic palaces with the exotic touch of modest Andalusian houses. The one thing that allures the international crowd is the popular Horse Fair which is known worldwide of International Tourist Interest. There’s a plethora of things to see and do in the majestic town of Jerez. 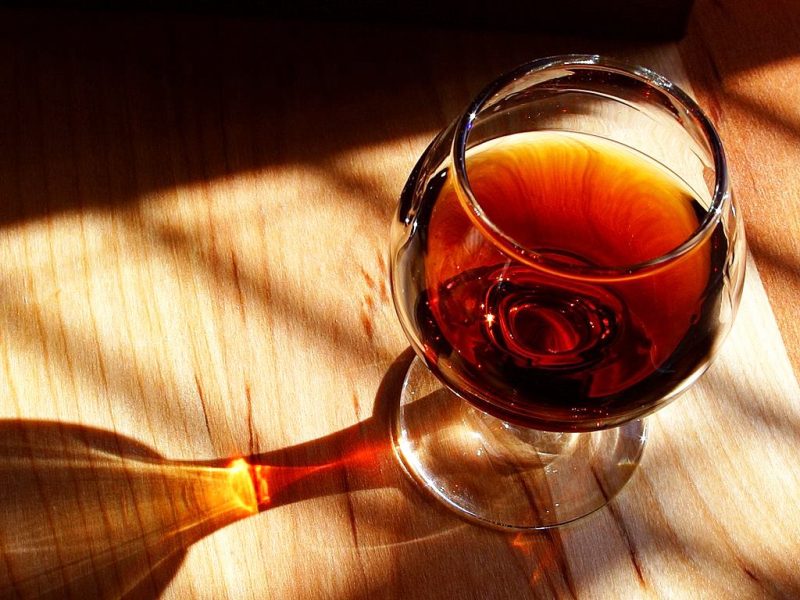 A visit to one of the many wine cellars of the city will take you years back in 1100 BC when the Phoenicians introduced winemaking to Spain, and the tradition was later carried on by the Romans when they siege control of Iberia around 200 BC. Sherry became a popular wine in Great Britain back then, which leads to the many wine cellars found in the Jerez today. Jerez is famed as the world capital of sherry. An area with such deep roots in wine producing tradition is a great deal for tourism.

2. Visit the Home of the Cartujana Horses 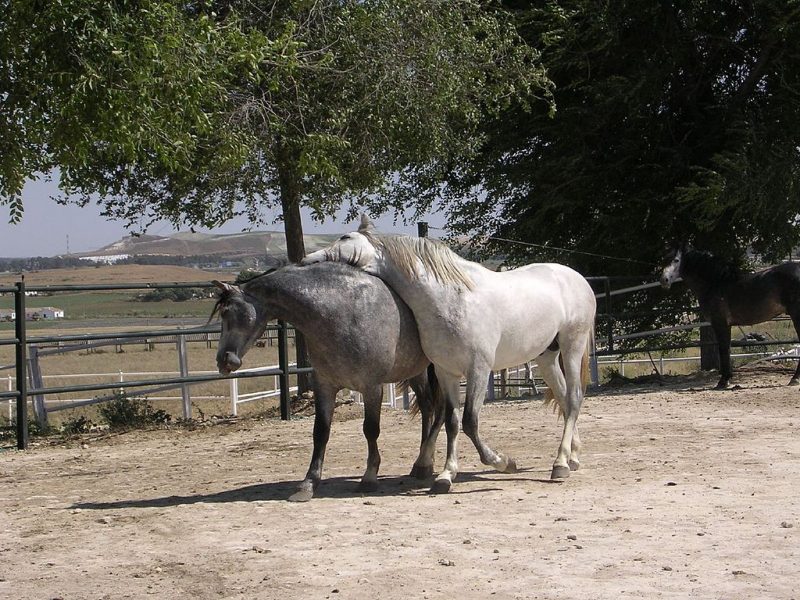 The breeding of the Carthusian sub-strain of Andalusian horse breed, known as the Cartujana, is closely associated with the development of this Spanish city where the famous Horse Fair is held. The show involves a spectacular equestrian ballet accompanied by singing, dancing and delicious food with riders all dressed up in 18th-century costumes dancing to the tunes of Spanish music. 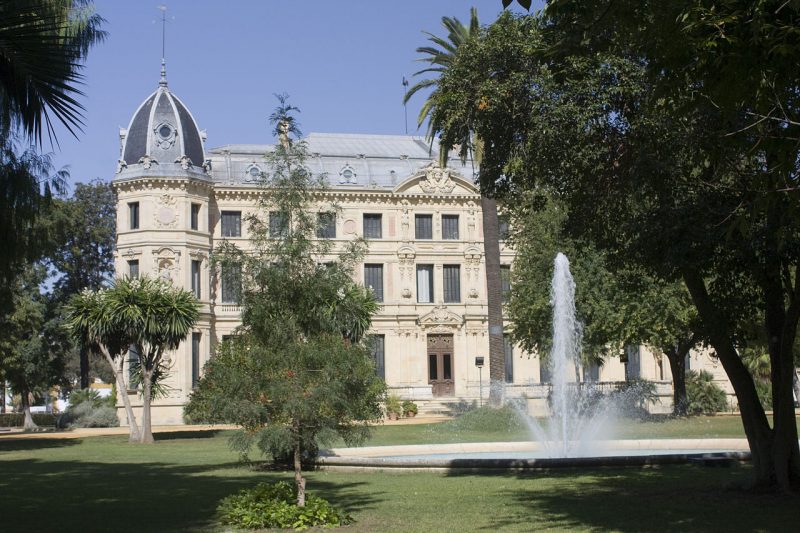 This majestic city is home to the Royal Andalusian School of Equestrian Art which is a world-class institution devoted to maintaining the century-old traditions of Spanish baroque horsemanship. This is one of the most important sites in Spain when it comes to Andalusian horses. Don’t miss the tours of the 60 stables arced around a cobbled courtyard and watch some unique specimens that form part of the culture of Andalusia.

4. March to the Flamenco Beat 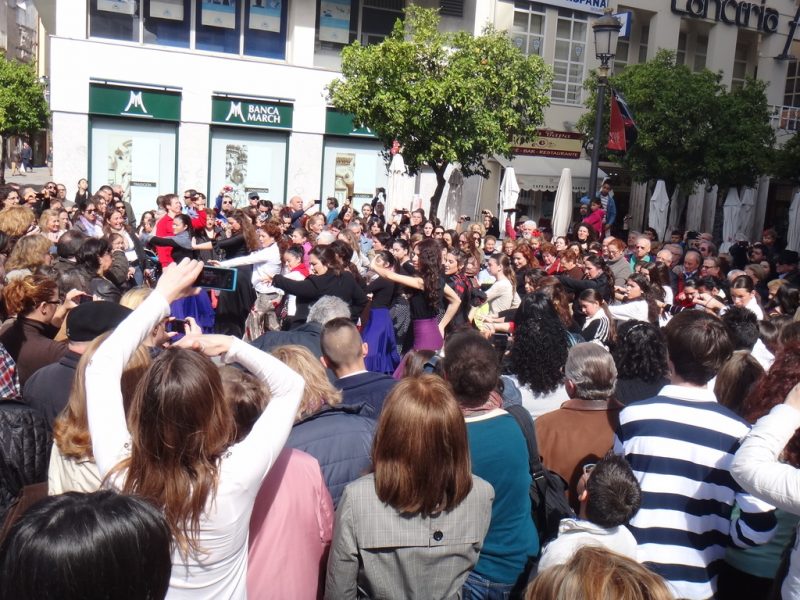 Jerez is believed to be the city where flamenco singing began and where every soul dances to a flamenco beat. What place on earth could be more quintessentially Spanish than Jerez! Exploring every little alley, plaza or church in Jerez is a joy. Among the many whitewashed houses in Jerez, there are several flamenco clubs and brotherhoods, which host regular events for the flamenco aficionados. 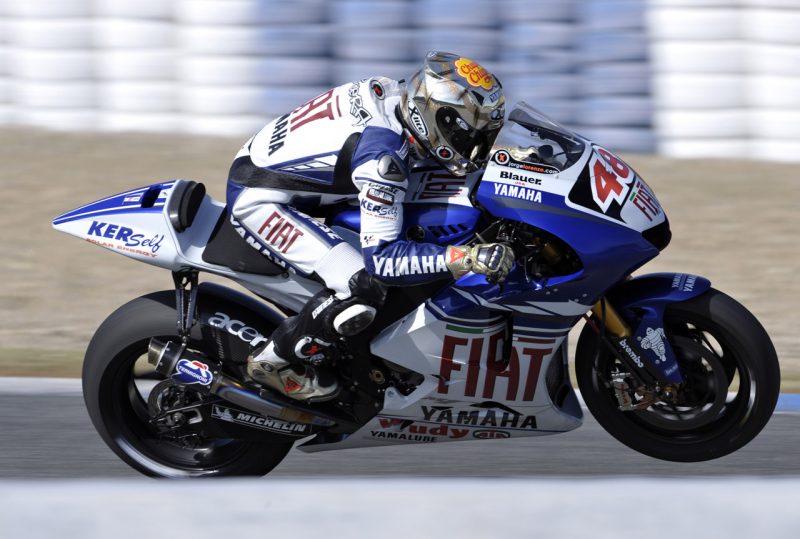 The widely popular Spanish Motorcycle Grand Prix has been held at the legendary racing track, the Jerez Circuit since 1987, has been a regular fixture on the MotoGP since then. The Jerez Circuit is also one of the most popular testing venues in F1 and it continued to host the Spanish Grand Prix until 1990 when a tragic accident of Martin Donnelly have forced the event to move to Catalonia. The Spanish Grand Prix is held in early May and thousands of racing fans around the world flock to this part of the city to watch the event. 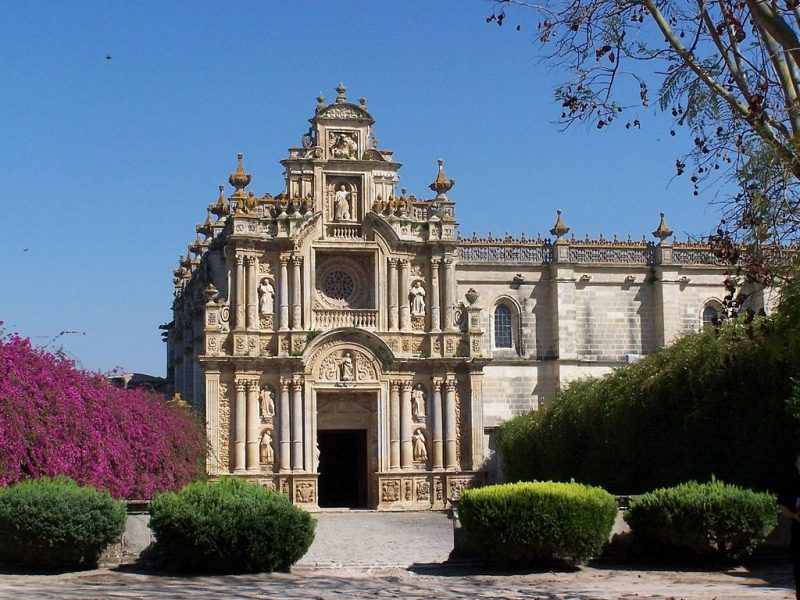 This architectural gem of Jerez de la Frontera was founded in the 15th century and is considered one of the buildings with greatest artistic value in the province of Cadiz. The early Carthusian monks here are recognized for breeding of Cartujana horses at the time when their popularity was declining. Take a tour of the gardens and watch the church’s impressive baroque facade and the beautiful Roelas paintings adorning the main altar.

7. Step Back in History 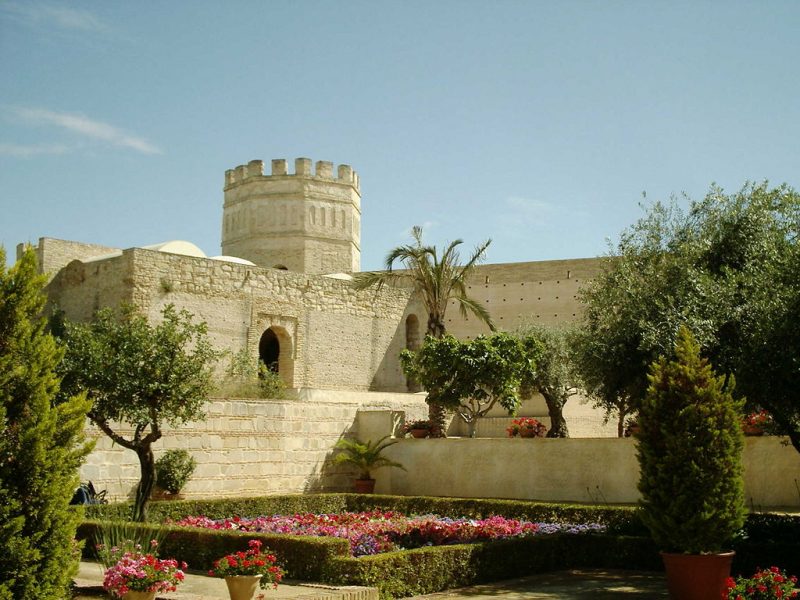 The 11th-century Alcazar Castle is the oldest building preserved in Jerez and is one of the few surviving examples of Almohad architecture in the Iberian Peninsula. The notable features of the castle include the two doors, the Arab baths, the mosque the octagonal tower and the Pavilion of the Dona Blanca. Also, among the outstanding points of interest is the Villavicencio Palace and its splendid gardens.

8. The Splendour of Jerez Cathedral 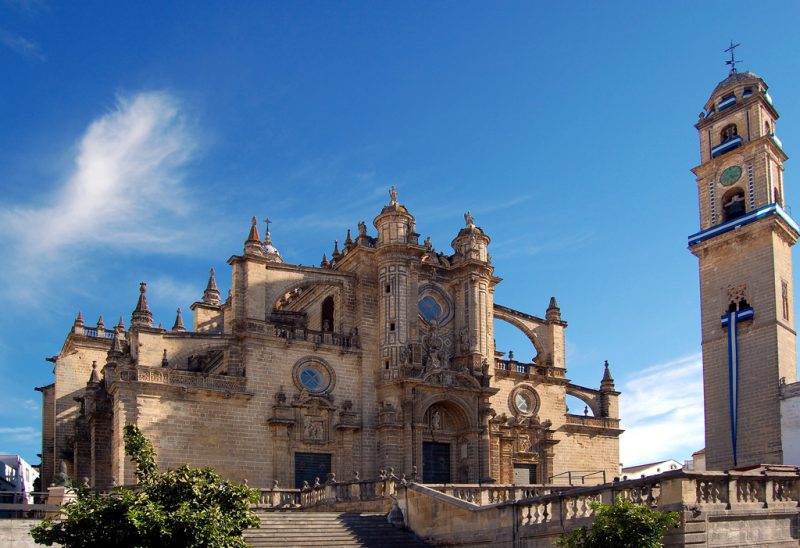 The Cathedral of San Salvador, also known as Jerez Cathedral, is the cathedral church of the Roman Catholic Diocese of Jerez de la Frontera and is believed to be the last Gothic church built in Spain. The extremely long period of time over which it was built has made this structure eclectic and architecturally unique. The construction of the building started in 1695 and lasted till 1778.

9. Revive the Cultural Heritage of Flamenco 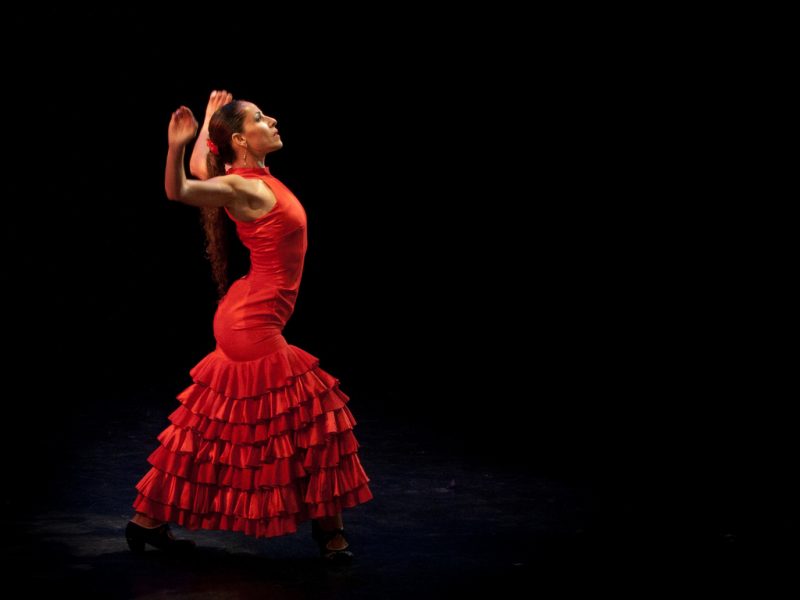 Established to promote the cultural heritage of the traditional Spanish dance flamenco, the Andalusian Flamenco Centre is a renowned institution founded in 1993 to safeguard the values and standards of flamenco. Located in the 18th-century Plaza de San Juan, the center houses historic documents and objects related to this unique Andalusian art form.

10. The Culinary Scene of Jerez 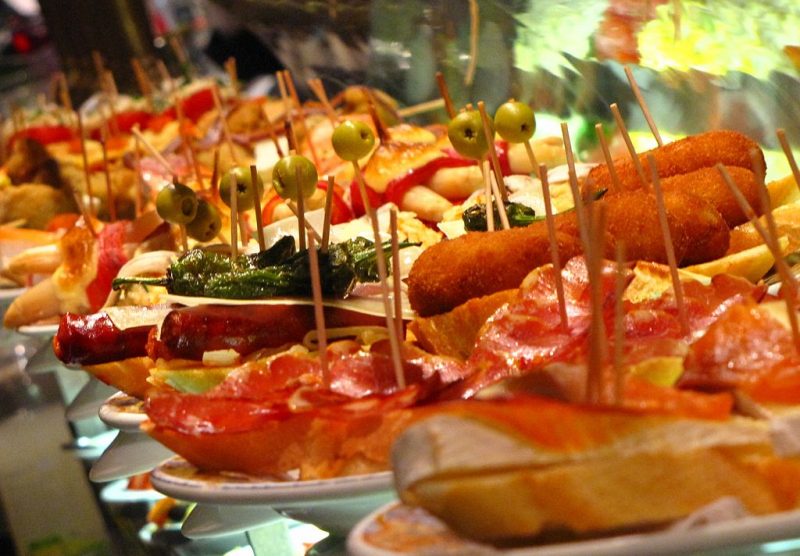 The Spain’s gastronomic affair is a spectacular fusion of food and wine, and every soul is fuelled by sherry and tapas. The several restaurants here serve well-presented traditional Spanish tapas and the cuisine of Jerez only adds to the culinary scene of Spain accompanied by great Andalusian dishes prepared with high-quality seasoned ingredients. The Andalusian cuisine adds its wide assortment of fine wines to the preparation of its locally famous recipes which is equally savored by the tourists. Great seafood and classic Andalusian delicacies are a forte of Jerez.

7 Restaurants to Go in Tarifa

7 Places to Shop in Tarifa: What to buy

10 Things To Do in Conil de la Frontera:Spain