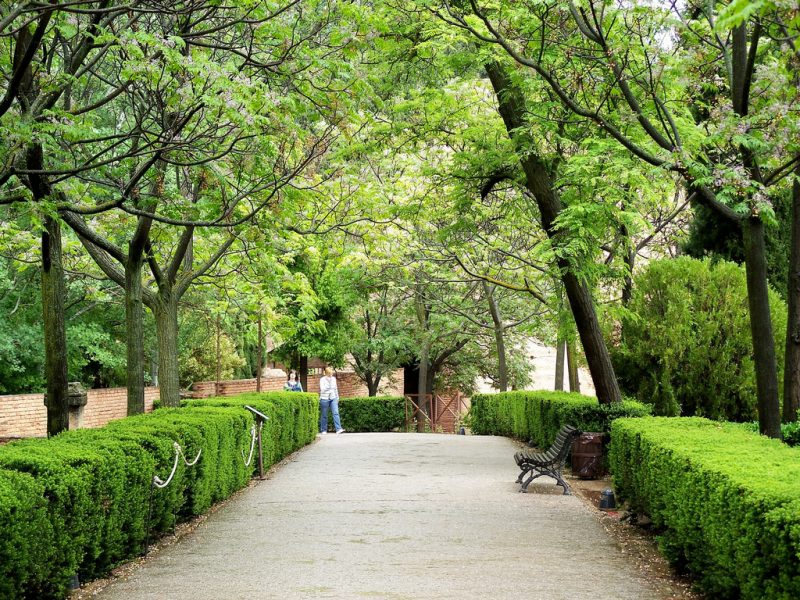 Spain is a land enrich with a plethora of natural resources and cultures. This amazing country is also best known for shelter for vegetation. However, there are many interesting National Parks to visit if you ever travel to Spain. Here are some of the famous National Parks of Spain you wouldn’t want to miss.

Monte Perdido is situated in the Pyrenees of Huesca province, Aragon, Spain. It has a different variety of ecosystems with both a Mediterranean and Atlantic impact. The wildlife of this National Park includes a wide range of flora and fauna. This incredibly beautiful place with a landscape of towering summits was declared a World Heritage site in 1997 by the UNESCO.

The Sierra Nevada is the mountain range in the region of Andalucia, provinces of Granada and Almeria in Spain. It is the dramatic, rugged and extensive mountain range which contains the highest point of continental Spain, Mulhacen at 3,478 meters ( 11,411 ft ) above sea level. It is a popular tourist destination where they can do activities like hiking, skiing, mountain biking and summer camps. Visitors can travel and discover its flora and fauna and have unforgettable adventures.

Cabrera Archipelago is an amazing national park which is adorable to visit. Visitors are only allowed to land on one island in the archipelago, Cabrera itself. Most visitors are just here for the day and spend it on the beach or following walking trails. This national park has a great natural value which has remained relatively unchanged throughout the history.

This national park is the only national park that is located in Catalonia. This park is characterized by crystal clear water that runs through its many lakes and rivers and makes this Pyrenean landscape rich.  This park is famous for hiking, trekking, skiing.

Timanfaya National Park is a national park in the southwestern part of the island of Lanzarote. The parkland is entirely made up of volcanic soil. The only active volcano Timanfaya volcano was named after this park itself. Access to the park by the public is strictly regulated to protect the delicate flora and fauna. There are one or two footpaths and a popular short route where one can visit by came and there is also a public car park from which one can tour the volcanic landscape by a coach using a road that is otherwise closed to the public.

Caldera de Taburiente is a national park on the island of La Palma, Canary Islands, Spain. It was designated as a national park in 1954. It is also known as a mountain arch with a curious crater shape, which dominates the northern part of the island. In this park, visitors can see waterfall exploding out of the cliffs and streams running through forests of Canary Island pine.

Teide national park is national park located in Tenerife, Canary Islands, Spain. It is located around 3718 m Mount Teide, which is also the highest mountain in entire Spain. It is probably the third largest volcano in the world above the sea level. It is largest and one of the oldest national park in Spain. About three million people visit the Teide’s volcano and its surrounding area yearly.

Atlantic Island of Galicia national park is the only national park located in the autonomous community of Galicia, Spain. It comprises the archipelagos of Cies, Ons, Salvora and Cortegada which covers a land area of 1,200 ha (3,000 acres) and a sea area of 7,200 ha (18,000 acres). There are sheltered sandy beaches on the East.  It is the tenth most visited national park in Spain although visitor numbers are limited to try to protect the environment.

Donana national park is a natural reserve in Andalusia, southern Spain which is the provinces of Huelva and Seville. It was established as a nature reserve in 1969 when the World Wildlife Fund joined with the Spanish government and purchased a section of marshes to protect it. This national park is best known for its enormous variety of bird species, either permanent residents or migrating birds.

7 Restaurants to go in Estepona