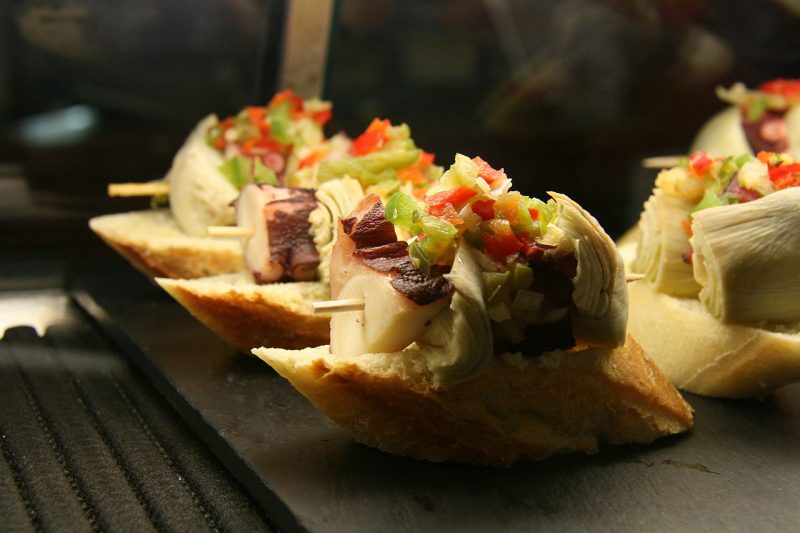 Considerably unique and absolutely delicious, and a little different from the broader Spanish cuisine, the Basque cuisine is a delectable blend of sea and mountain cultures, and modern high-quality cooking with a professional touch. The Basque Country is one of the best tourist destinations in Spain with an exceptional assortment of culinary delights that’ll make you crave for them again and again. It won’t take long to guess why Basque Country has become a gastronomic haven. 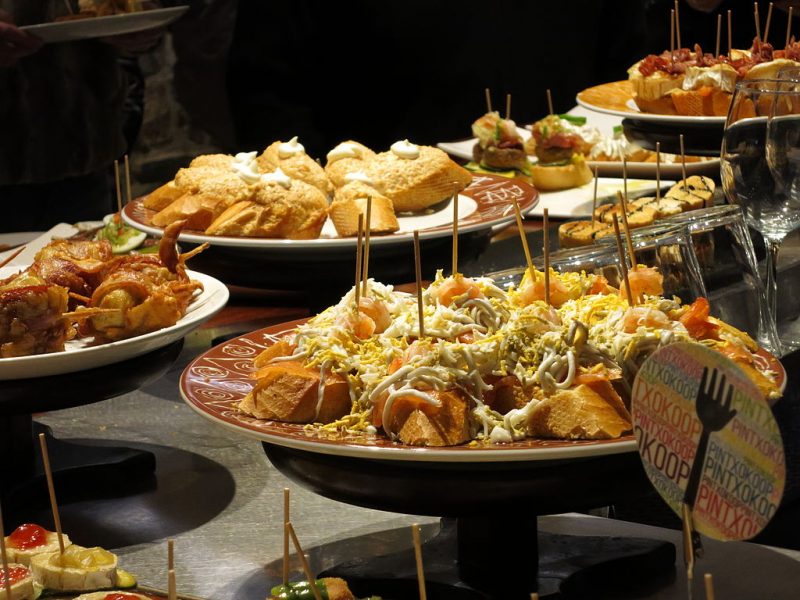 Few of the best local ingredients goes into the making of one of the most quintessential Spanish delicacies, the Bacalao a la Vizcaina, a favorite of the Basque Country. The main ingredient is, of course, the codfish, which is undoubtedly one of the most consumed fish in Spain. The fish is gently sautéed in olive oil and perfectly dressed with Vizcaina sauce, which is extremely versatile and used in many dishes around the region.

As Americans fancy about pizzas and burgers, Westerners talk about barbecues, Basque people couldn’t stop debating about the best restaurants that make the best chuleta. Spain has a great steak culture which usually involves meat slowly cooked over wood fire, but the highlight is the salt-crusted bone-in rib steak, which will definitely change the way you see steaks. 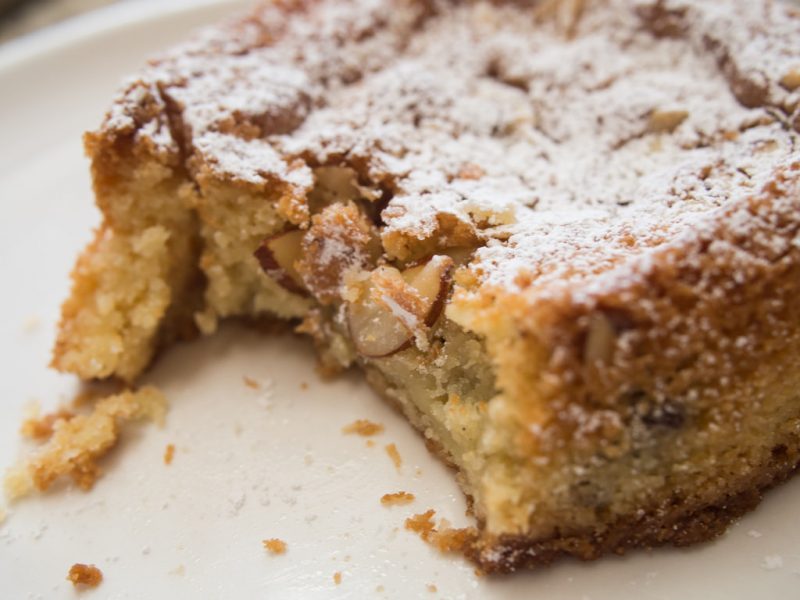 A traditional dessert in the Basque Country, Gâteau Basque is a classic tart-like dry cake with a delicate filling of either almonds or vanilla pastry cream or cherries. This is a perfect Spanish delicacy which makes for a great holiday delight. What makes the Gâteau Basque more intriguing is its sturdiness and what’s baked inside.

A traditional Basque fishermen’s meal mostly eaten on the tuna fishing boats in the Cantabrian Sea is now a popular Basque cuisine that’s served in almost every little restaurant in the region. The wonderful fish has a name that translates to ‘from the pot’, and is one of the most sophisticated ways to prepare tuna, a fish widely known for its high nutritional value. Other varieties of marmitako can substitute salmon for tuna fish.

The traditional specialties of the Basque Country feature an extraordinary assortment of fish dishes, one of which is the Chipirones en su Tinta, a classic Basque delicacy prepared from baby squid cooked in a fine sauce made with their own ink, mostly cuttlefish ink. The sauce is quite striking and will definitely keep your taste buds lynching. The origin of this fine Basque dish is still debatable; some believe that the idea of using squid ink in Basques dishes was influenced by the Jesuit missionaries in the Philippines who traveled to Asia back in the 17th century.

Thanks to its outstanding location on the coast of the Cantabrian Sea, the Basque Country is acclaimed internationally for its superb cuisine which is full of delicious fish and shellfish dishes. One of such typical Spanish recipe from the Basque region is the Clams in Green Sauce or Almejas en Salsa Verde. Hake is one of the most luscious fish found in the Bay of Biscay, and used in several Basque dishes, and salsa verde or green sauce is one of the four traditional Spanish sauces used in Basque seafood dishes.

Seafood is undoubtedly a major protagonist in the Basque cuisine which is inspired by the centuries-old culinary culture, and for shellfishes, they have played an influential role in traditional Basque cuisine. One of such traditional delicacy is the Txangurro a la Donostiarra, a popular Basque dish from San Sebastian which uses spider crab. The spider tends to have a deep flavor and a more luscious meat. The meat is cooked slowly in a sauce and gently baked with breadcrumbs for a mild touch. 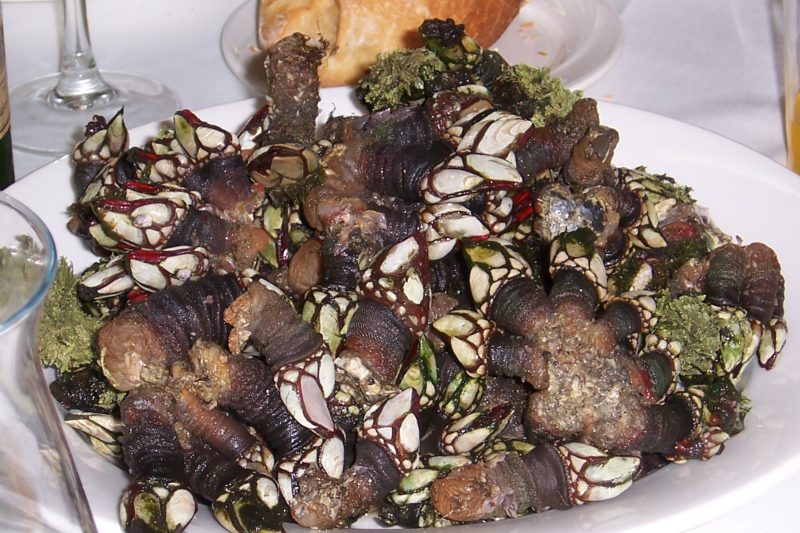 Percebes are goose barnacles, which are worth a splurge. This is a local specialty of San Sebastian which combines a soft flesh and a mild salty flavor somewhere between a clam and a lobster. They are best served steamed, simmered or blanched, often accompanied by vinaigrette and eating them can be an art – try the hard shell and the extra thick membrane to enjoy the juicy flesh inside. 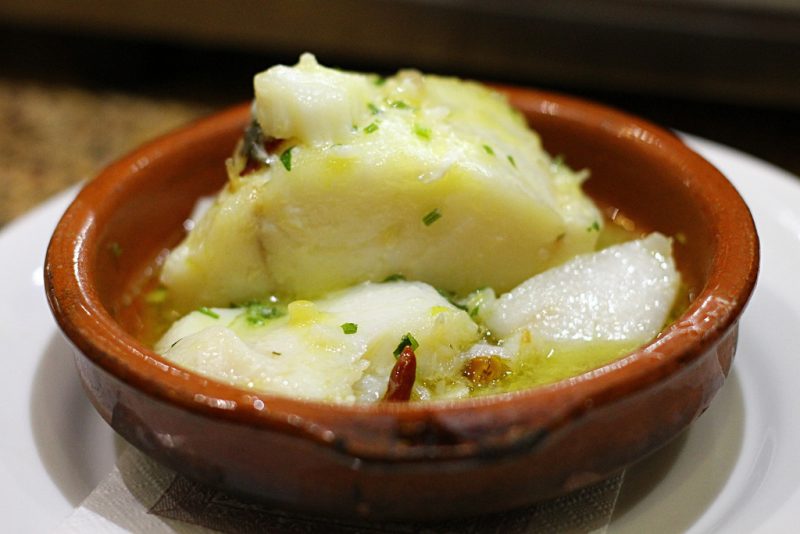 It’s a traditional dish typical of the Basque Country which can be eaten all year round and can be a little tricky. This Basque dish does require a certain level of sophistication to make the pil-pil sauce just perfect well accompanied by a smooth-tasting extra virgin olive oil which emulsifies with the protein content in the fish. It would be wise to use the bacalao fillets with the skin on, to make a fine base for the sauce, thanks to the gelatin in the skin. The basic rule is to use olive oil and the sauce in just the right way.

10 Places to Shop in San Sebastian: What to Buy