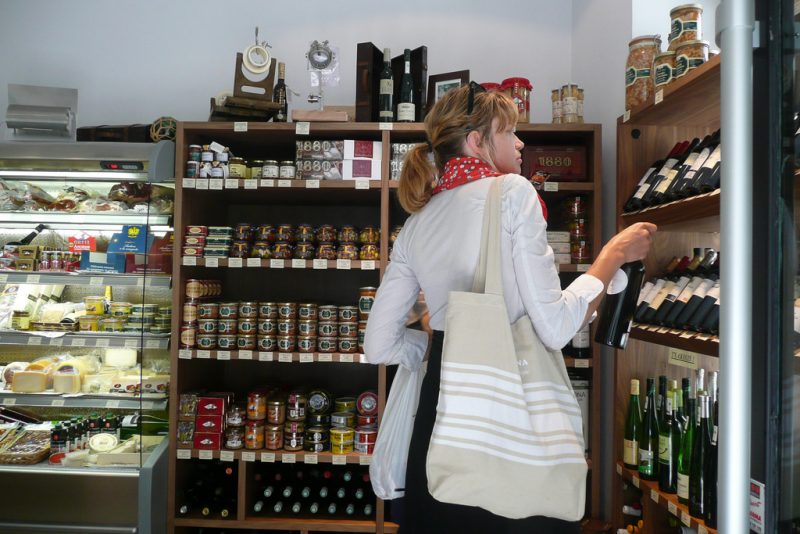 In San Sebastian, they have this impressive range of shops as well as stores, that is a general mix of a bit more traditional and sometimes modern themes. San Sebastian has eventually managed to retain the main essence of the traditional shopping of Spain, but being one of Spain’s popular and ritziest destinations, it has since fused some modernism.

The San Sebastian La Bretxa Market can be reached through the Old Town of the area of San Sebastián. The La Bretxa Market generally has that privileged theme and setting. At the very basement of the La Bretxa shopping complex and center, you can find more than forty sellers and retailers that selling fruits, as well as vegetables, and some canned goods. There are also sections for delicatessen products, as well as meats and fresh fish.

San Sebastian Food basically speaks the simplicity of their name which evokes the availability of good food in their shelves. their good location in the city of San Sebastián means they specialize in the sharing of some culinary secrets and recipes of the beautiful landscape for all their clients. San Sebastián Food likes to preach that San Sebastian is the culinary capital of the country.

There is a music store in San Sebastian city which is very near the old town’s center that is called Beltza Records. They sell new as well as second-hand music records, CDs and even vinyl. Some of the genres are disco, soul, punk, new wave, funk, reggae, hardcore, jamaica, rock, the 70s, 60s, 90s, 80s, jazz, blues, latin, brazil, afro, retro, soundtracks, folk, avant-garde, experimental, rumba, industrial and even classical music.

What is the best way of understanding life? Cállate la Boca came to life in 2002 coming from the hands of the creator, designer, and architect named Oscar Casla. Since his launch, he came out with some intense, quite positive, full of animated color that has a touch life’s naive message. His place presents a new twist on the pop culture, where new designs of clothing, everyday objects, art pieces all came to life. This is in his words the best way to understand life.

The San Martin Shopping Mall is actually an old building that was converted into a glitzy 5-floor shopping complex center. There are more than fifty stores, shops, stalls, and businesses – that includes great names in the sport, fashion, and cosmetics. There is also a gym. There are also one dry cleaner’s place, as well as various patisseries shops. There are also two cafés, and then a bakery, as well as a florist’s. You will also see a 2,000 square meters of a supermarket.

The Essencia Wine Bar & Store can actually be the guilty individuals desire to turn the Essencia into a good place of wine pilgrimage for all the wine fans in Spain. The owners are Dani Corman and Iñaki Irizar. They saw the great opportunity to be able to move into their current location for selling great wine. The place is modern, relaxing, and cozy, as it features a bar. Their wine’s origin are quite diverse, but many come from the Spanish wine regions. Call them at +34 943 32 69 15.

The Pasteleria Otaegui Donostia-San Sebastian is a great place to shop for pastries, bread, and home cakes. This is not a bad place to shop for some sweets that you would like to bring along in your travels and trips. They have chocolate cakes, mocha cakes, and black forest as well as many other different types of cakes. The Pasteleria should be included in your list of places to shop in San Sebastian.

Who is Don Serapio? Well, this is actually an organic store that sells many different types of quality gastronomical delights. The owner often responds very well to the raw needs of a commodity in their very best conditions using a distinct eye  for selected and fresh goods. They are known to be the best of the neighborhood which is the reason they have the best product choices in San Sebastian. Don Serapio opens every day with the best product and the most varied of all tastes. Call them at +34 943 46 96 77

Shop for some sweet desserts in Heladería Salón Italiano Arnoldo which are well known in San Sebastian as a seller of artisan Italian ice creams. The ice cream parlor is owned by Arnoldo Hall, which is a company that produces, manufactures, creates, and then sells delicious Italian ice cream with the different variety of flavors, as well as frozen cakes. They also sell slush as well as horchata. They own their own factory as they create their very own products.

Shopping for sweets in San Sebastian shouldn’t break a sweat. The Pastelería Geltoki is one place you should never miss if you shop in San Sebastian. Why is that? They have innovative and creative secret recipes for their cakes and pastries. Their history is traced in 1988, after Carmen Echave and José Mari Pikabea thought and decided to finally open their very own delicious cake shop in the heart and center of San Sebastian. In 1999, they have since decided to expand all their offering as their bakery continually prepare their everyday delicious pastries.

If you are in San Sebastian, go shopping during the weekends as sometimes there are deals and discounts given to customers. There are many shopping avenues like we have mentioned so try to explore the store and visit each one so you will be immersed in the experience. The top shops and stores to find the perfect gift and souvenir are fashion store, food shops, art stalls, design shops and even music stores.

Have great trip and travel!