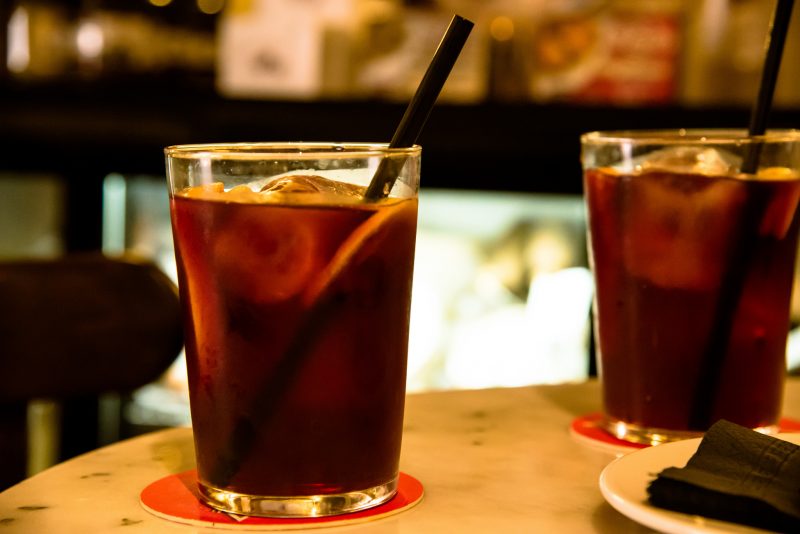 Cocktails. The name itself brings colorful liquids boasting creative styles in the minds. By definition, cocktails are a mix of one or more spirits along with other drinks and ingredients. They were made especially to hide the bad tastes of certain alcohol. Spaniards have given to the world a variety of these drinks and their major ingredient remains as wine in most of them. Let’s have a look at few of the best available ones in Spain: 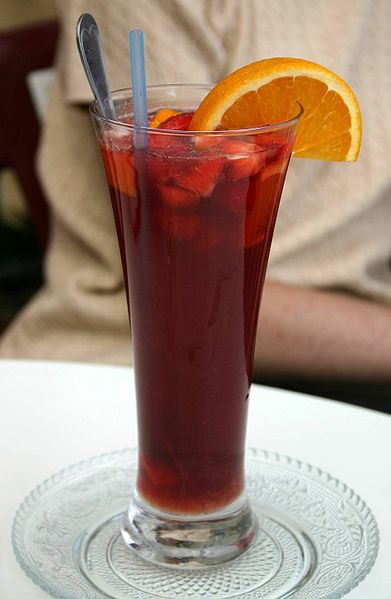 Whenever you think of Spain and drinks, the first picture that emerges is of this drink, owing to its huge popularity and presence worldwide. It is a red wine based mixture, best cherished in summers with a plate of tapas. The major ingredients of this cocktail are- Spanish Red Wine, Fresh Orange Juice, Grand Marnier , Sugar, Club soda, Orange, apple and lemon slices and peaches. They all are mixed, covered and refrigerated overnight before serving with club soda and ice cubes.

The name itself speaks up for this simple yet delicious mixture of wine and soft drink. “Verano” means summer in Spanish lingua and it is the best drink to hold in hands during the heat waves of summers. The preparation is alike Sangria yet a lot  simpler than it, with the major ingredients being – Red wine, lemonade, and lemon slices. This mixture is the most popular in Spain and can be found pre-bottled in the market as well. You just need to put ice cubes in a wine glass and add half wine half lemonade to get the right mix. You can put lemon slices on top if you want.

A native drink of Seville, this is hugely distributed during the “April Fair” or “Feria de Abril”. It is a very simple drink to make – a mix of sherry, sparkling water and mint. All you require is a Manzanilla Sherry, which can be substituted with any white wine, water/soda, ice cubes, lemon, sugar, and mint. Put the sherry and water in a jug. Add lemon juice and sugar and stir till the sugar gets dissolved. Put ice cubes and serve with mint toppings in long glasses. A 50:50 ratio of sherry and lemon juice is advised but you can alter it according to your taste and requirements. 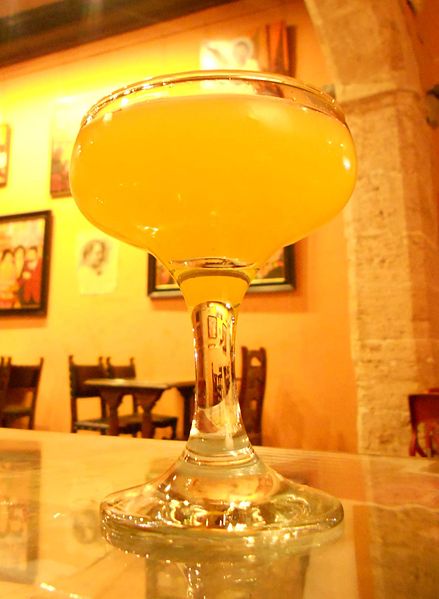 As the name goes, this drink traces back its history to Valencia, where it was served by its founder, Constante Gil accidently as people were bored of the regular drinks in his bar. Since then it kept on getting famous throughout the country and now stands as one of the major drinks of Spain. The ingredients being – Orange Juice, Gin, Vodka, Cava (or champagne) and a pinch of sugar. It is best served in a wide-mouthed glass. The orange juice has to be freshly prepared and not a bottled one if you want to savor the original flavour and aroma of this drink. Mix all the ingredients in a jar, stir well and refrigerate. It is best served chilled.

5. The Barcelona – Frozen one

If you are in Barcelona, you sure would be asked to try one of these if you inquire for their best drinks. Easily available in most of the bars and restaurants, this drink comprises of – Spanish Brandy, Dry sherry, Orange juice, crushed ice, a shot of heavy cream and syrup. Put all these ingredients in a mixer and fill it up with crushed ice. Blend it well and pour it in a long sherry glass. Then decorate the top with a lemon piece or mint and it is all set. Cinnamon dusting is used as a garnish in many of the places for added flavour. 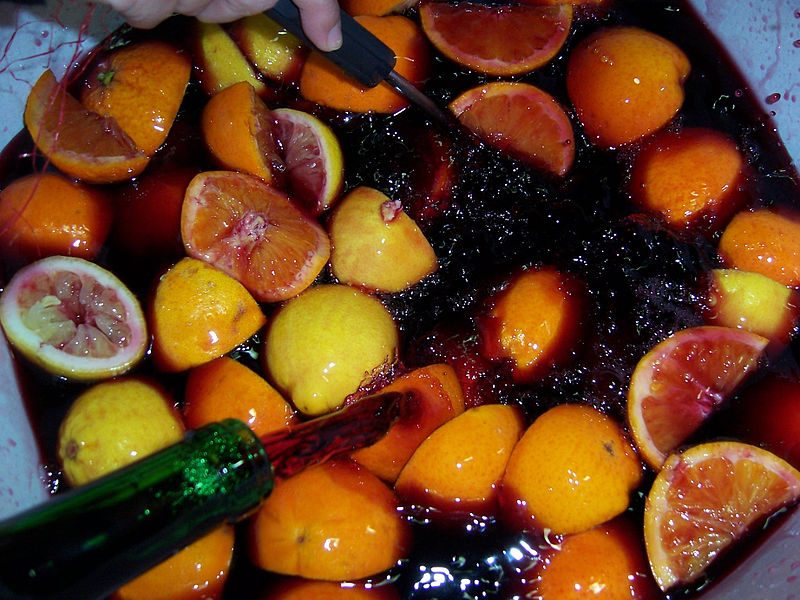 Usually prepared in a large quantity during some feasts or parties, the preparation stands similar to the sangria. The major difference being that this drink can be both served hot as well as cold. The major ingredients for this preparation are – red wine, dried peaches, raisins, dried plums, sugar, cinnamon stick and lemon peel. The dried fruits are left in water for 2 hours to soak. The red wine, sugar, and cinnamon stick along with lemon peel is poured into a pan and heated up till it starts boiling gently. The mixture is then removed from heat, stirred and the soaked fruits are mixed with it before boiling it again for 15 minutes. Now you can serve it hot or cold as per your taste.

This is a treat for the sherry lovers and who are a big fan of James Bond. This drink is a sherry-martini, the only difference being the replacement of vermouth with dry sherry. Ahhh…such a classic and tasteful combination. The major ingredients of this mixture are – Olives or orange peel, cracked ice, Gin, and Manzanilla or fino sherry. Add the gin and the sherry in the stirrer and mix them properly with the cracked ice. Now, stick the olives on the stick and place it in the glass or lit the bottom surface of the orange peel before putting it in the glass. Pour the mixture into the glass and serve the lovely delight. 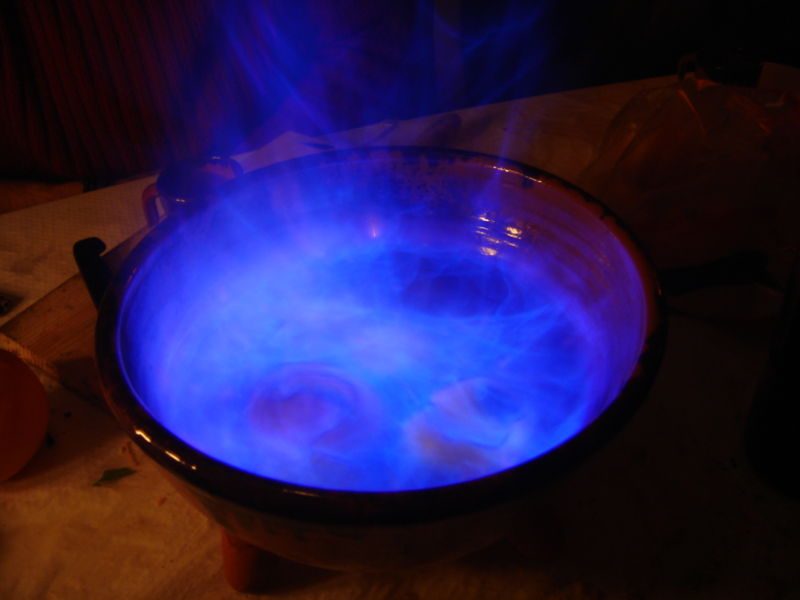 This hypnotic potion is one of the traditional drinks of Spain. Made from the ” Orujo”, a grape liquor from Galicia. This liquor is put in a clay pot along with lemon peels, sugar, and coffee beans. This mixture is then set on fire and a blue flame is what is required before the fire needs to be set off and the mixture put to small clay cups. Please ensure the flame is gone before you empty the vessel in your mouth. This traditional drink is best cherished at night when the blue flame turns the whole arena grandeur. Best places to get the real traditional feel of this drink is to visit the more rugged beaches in Galicia at night where you’ll find people in Celtic clothing, singing spells while the flame is up and playing music.

Locally known as and more popular by the name of Kalimotxo, this drink is a mixture of red wine and cola. The best wine for this drink is the cheapest one from the box. It is mixed in equal proportions with the cola and served with ice. This drink is world famous and is known by various names but the ingredient remains the same. It is known as the ” Jote” in Chile. Some other forms that have developed through the passing time by experimentation, carry with the original mixture shots of rum, vodka, lemon or orange juice or other syrups.

Basically a cocktail with its origin from South America, it is equally famous in this part of the country. Pisco is the base liquor for this drink and sour reflects the taste due to the use of citrus juices in it. The major ingredients for this are Peruvian Pisco, lime juice, sugar, egg white, ice, and angostura bitters. Fill the shaker with ice, pisco, lime juice and egg white and shake it properly. Shake it for 30 seconds and pour in a wide mouthed glass. Also garnish it with angostura bitters for a profound taste.

Enjoy these delicacies once you are there in Spain.

7 Places to Go Shopping in Zaragoza

7 Places to Shop in Canary Islands

10 Restaurants to Go in Palma