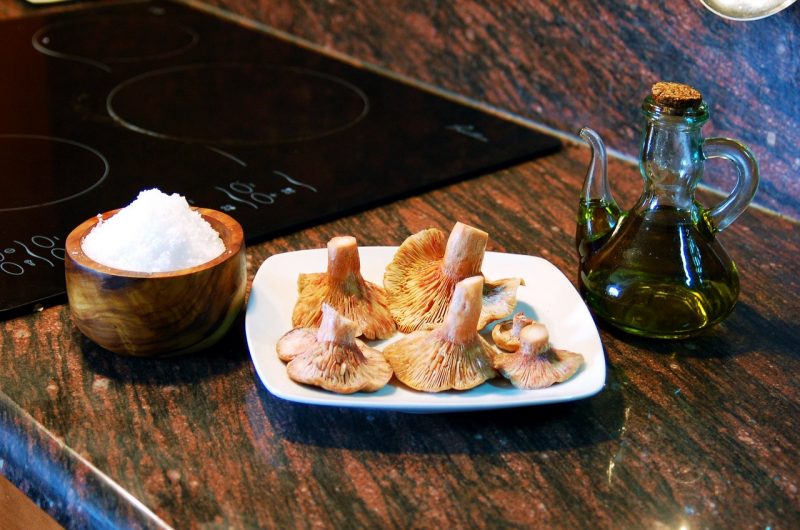 Basically the cuisine of the Principality of Catalonia, the Catalan Cuisine refers to the shared cuisine of Roussillon and Andorra and is not the same as the Spanish cuisine but is highly appreciated in the country. The Catalan gastronomic offerings play more than a mere role in the culinary culture of Catalonia which is more than enough to move to this region. With so rich and diverse cuisine, you wouldn’t wait to get stuck into the gastronomic world of Catalonia and there is much more to the cuisine that meets the eye. 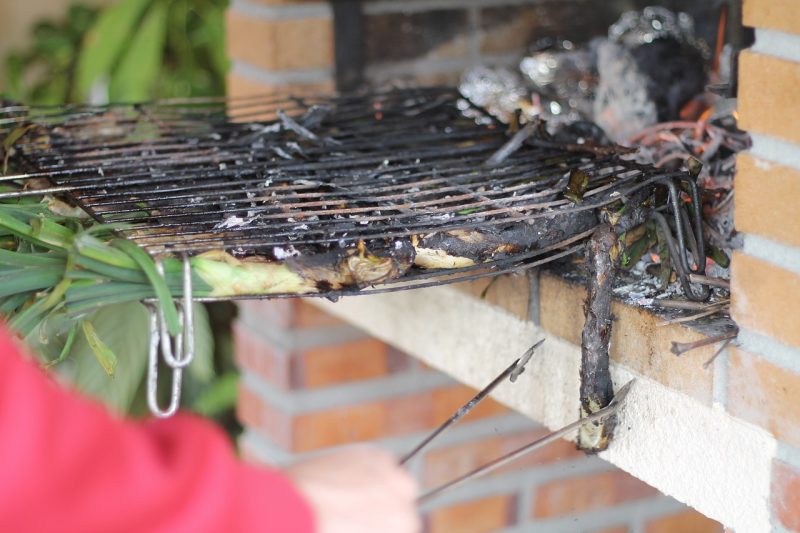 Calçots are the Catalan version of a barbecue, which basically refers to spring onions, which is not some regular dish you’d normally eat on its own, but Catalans have a knack for creating something outstanding of the normal. These are specific to spring when the Catalans usually gather with their family and friends for a little celebration called the ‘Calçotada’. The calçots are normally placed in a barbecue grill until the base turns black, after which the charred portion is removed from the calçots and then served with romesco sauce, which is a great delicacy in itself. 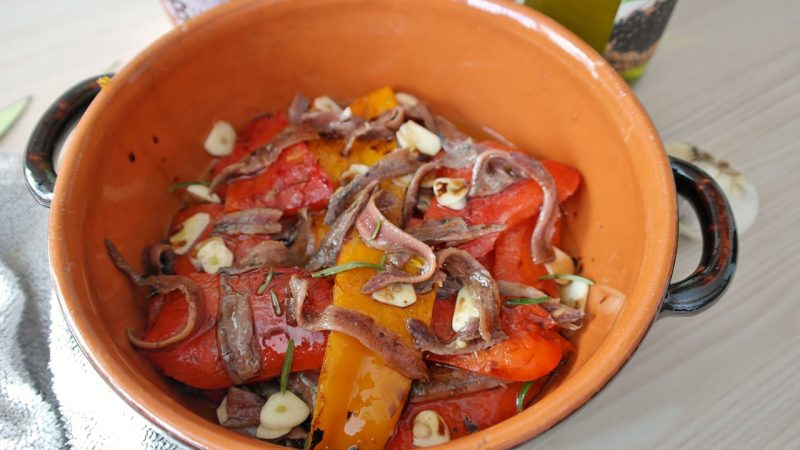 A quintessential delicacy which has been a fundamental part of the Catalan diet for a long time, the anchovies are a salt-cured brown delicacy sophistically preserved in olive oil. Usage of anchovy is linked to regional preparations, and the Atlantic anchovies are a bit bigger that its Mediterranean counterpart. It’s prepared in different ways in Spain and is usually served with beer or vermut. 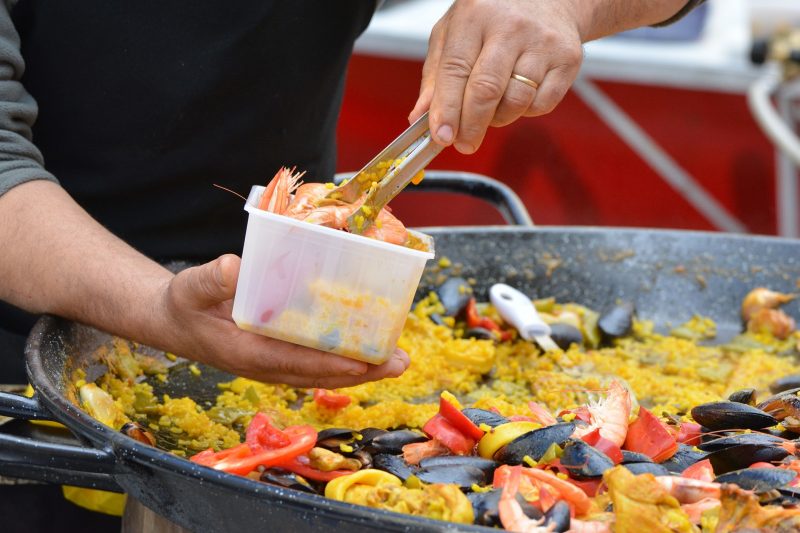 The paella is more than just a simple one-pot meal for the farmers and is accompanied with seafood in the coastal areas. Paella is regarded as an incredible culinary work of art completed with overwhelming colors and is an authentic Spanish dish with as many recipes as the villages, making it a high-prized delicacy. 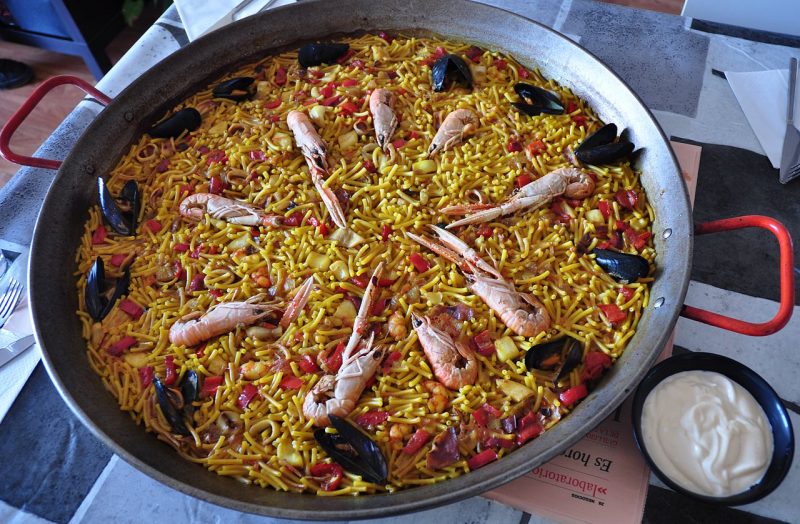 Try the delicious Catalan dish called the Fideuà which is made with small strands of artisan pasta and fresh seafood, exactly the way paella is made, but with a little twist – short thin noodles are used instead of rice. Legend has it that a cook in a boat was preparing paella for his captain and the rest of the crew, but the sailors almost never received their portion, as the captain loved rice, so the cook had put the noodles instead of the rice and the resulted dish became a sensation. 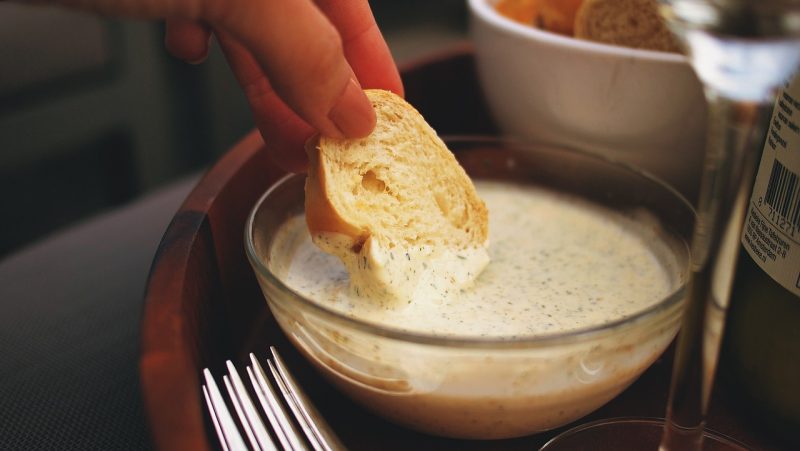 Allioli, derived from the Catalan word all i oli (garlic and oil), is an incredibly popular creamy sauce that is eaten across Spain accompanied with fish, meat and veggies. This miracle sauce is made with only garlic, salt and olive oil, but requires a sophisticated set of hands and lot of work. The sauce is not all about the delicious taste, it’s about the process that makes it so incredible and distinctive. 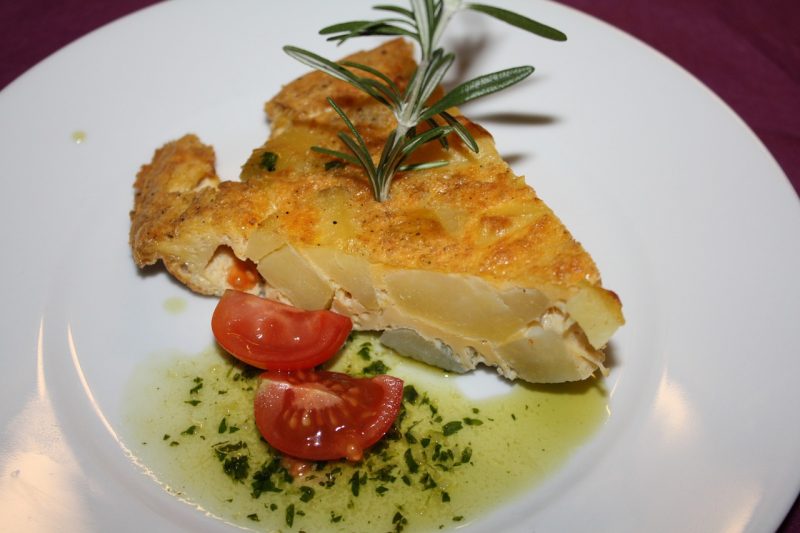 A real Spanish omelette the Catalonian way made simply with a handful of ingredients which can be enjoyed either cold or warm. The Tortilla de Patatas (omelette with potatoes), as the name suggests, is quite an easy dish to prepare but tastes equally luscious. They are usually served as pie pieces and you can also add pepper salami if you like. 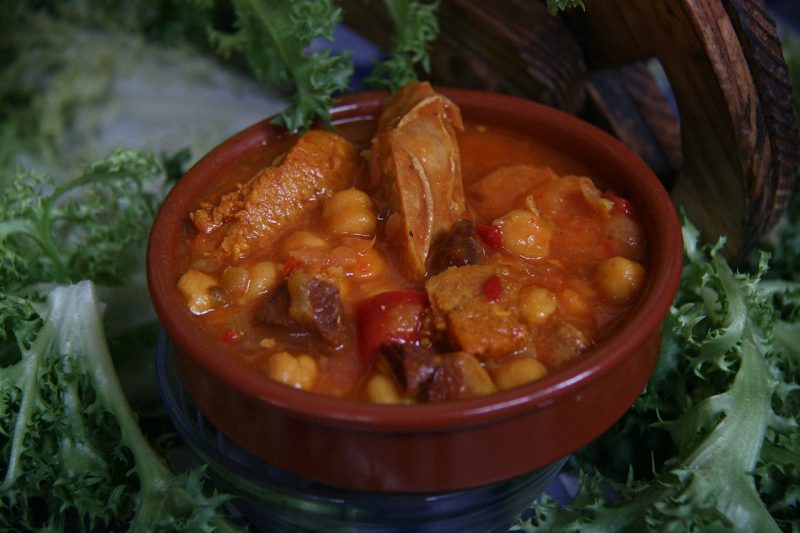 Escudella, short for Escudella de carn d’olla, is a traditional Catalan soup and stew cooked usually in a heavy pot and served in two parts – the escudella is basically a soup consisting of a broth with pasta or rice, while the carn d’olla is all the different parts of meat, sausages and bones used in the broth. A particular version of escudella called ‘escudella de Nadal’ is typically prepared and eaten on Christmas and includes meat from four different animals. 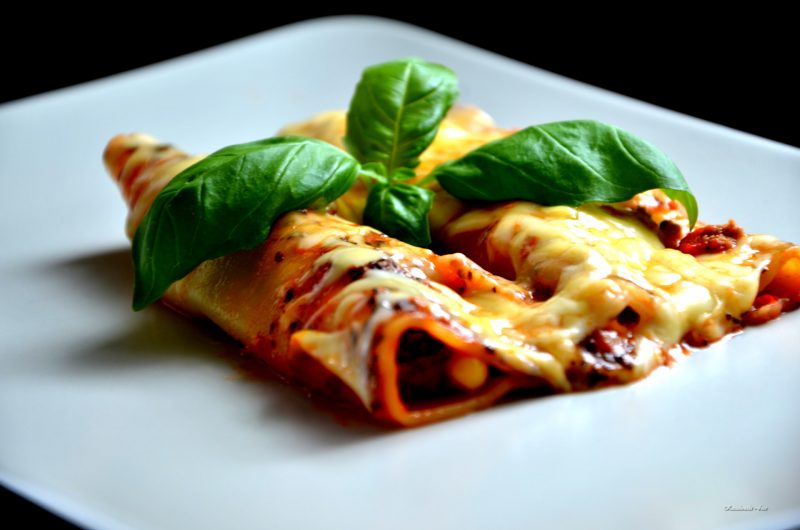 Relatively a new culinary tradition of the Catalonia brought over by the Italian migrants in the 19th century, the Canelones normally appears as a popular appetizer on special occasions, like the Christmas Eve. They are not to be confused with the Italian Cannelloni, which is typically made of minced meat. Canelones are fundamentally the Catalan version of the stuffed pasta rolls. 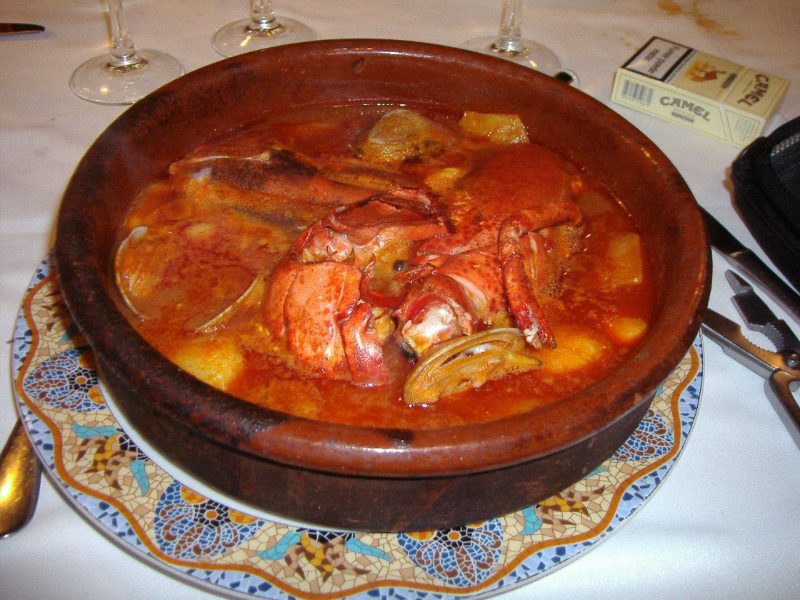 This is a potato-based seafood stew and a people’s favorite summer staple. This Catalan fish stew is believed to have originated on the Costa Brava and made with lots of healthy ingredients such as fish, tomatoes, garlic and olive oil. There are as many versions of this fish stew as there are fishermen in the Costa Brava. Try this flavorsome stew with different fish or seafood to make up for a sophisticated weeknight dinner. 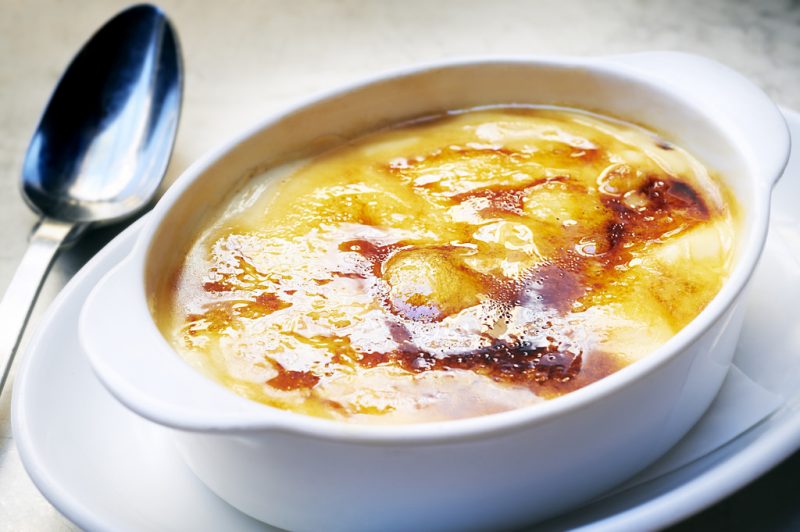 20 Things To Do in Lloret de Mar