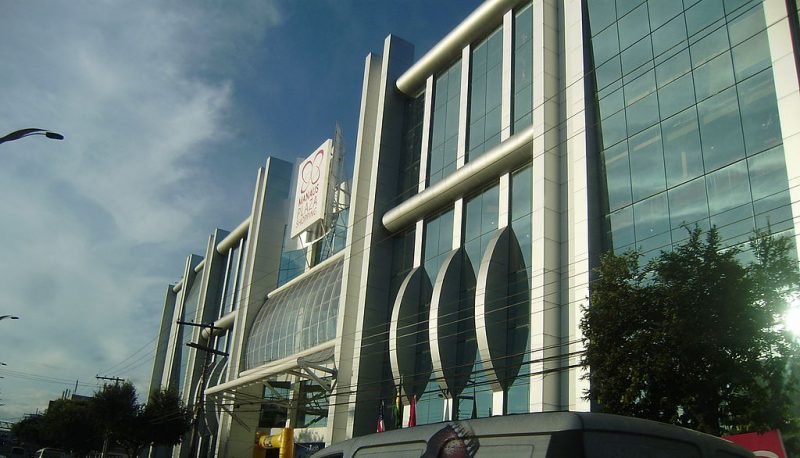 The Manaus Plaza in Brazil is one of the select shopping destinations in Brazil and purpose towards being the standard measure for rendering splendid services and top-notch facilities that ascertain customer convenience and satisfaction. Technological enhancements have been incorporated, while internal procedures have as well been improved, and professional staff put in place to ensure your experience at the shopping plaza is complimentary. A peep at a few key elements of the magnificent Manaus Plaza is outlined below.

The Manaus Plaza is typically a five-story shopping mall; officially opened on the 1st of May in 2009. In totality, the mall has more than 140 different shops specializing in numerous products and operating under different terms and conditions. At the mall, there is a packed supermarket with all that you may be in need of purchasing. In case you find that one or two things are missing from the supermarket, there are several other stores in the same plaza to complete the task. The range of products is so select as it extends from handicrafts of all shapes, sizes, and color to the hilarious souvenir of high-caliber. Its location is as well another stunning feature as it is situated on the busy Djalma Batista Avenue found in the Chapada region.

2. Food Courts at the Plaza

The shopping at this superb shopping mall is complimented by its chain of highly-rated food parlors. First class restaurants and coffee joints are present at Manaus Plaza. Among the top eateries at the mall include the famous Picanha Mania, fabulous Canana Grill, gorgeous Manhattan Restaurante and Congresso de Pizza. If you are a die-hard fan of fast foods and snacks such as muffins and donuts, then you are right in the right spot as Café Donuts does the job for you. Giraffas, Alema, Zanmai, Wakusese, Bob’s and Vaca Lambeu are other select food eateries that fill up the plaza. The choice no doubt becomes your afterward.

For the fantasy believers and film addicts like myself, you too haven’t been left behind. Manaus Plaza has each and everyone’s interest at heart. 8 first-class cinemas are the Plaza. Eight of them, just imagine that! They consistently feature the latest releases that are booming the box office and in 3D. It’s not a guess work here and every coin spent will be worth it. The combo, oh, I love it. Hamburger, chocolate and drinks to make the savoring hilarious. Popcorns as well will be your company throughout the movie session. One such reputed cinema is the Cinemais Manaus Plaza Shopping, which shows great films.

Locals of the vicinity tend to say that the Manaus Plaza is the most ideally placed shopping mall in the city. Vieiralves and Avenida Djalma Batista are two districts between which the plaza resides which makes it easily accessible. It’s just 10 minutes away from the center of the city and 20 minutes from the nearby airport. Being one of the largest malls in the whole of Manaus, a parking lot automatically becomes a vital requirement. As such, the designers of the mall took that consideration into account by designing a car park capable of comfortably accommodating 1,200 vehicles of different classes.

5. Hotels and Other Leisure Services

You may find that you have worked all day long or been shopping till it’s late, or simply want to enjoy a night at the Manaus Plaza itself. Plaza Hotel Manaus offers luxurious accommodation with elegant which feature free Wi-Fi, air-conditioning, and satellite TV. A swimming pool as well a 24/7 responsive desk is at your disposal. There is also a bar to calm your nerves and a restaurant that serves international cuisines. Impressed? Well, wait until you visit the auditorium which may even you’re your mind blow. It’s mesmerizing that I can vouch for. Besides the VIP rooms, a telephone service you’re your convenience, and a 24-hour banking system with the Banco do Brasil are at your bidding. Watch out you do not empty your accounts.

The Manaus Plaza is what many refer to as a multifunctional complex. You wouldn’t wonder how as it proposes an element of modernity in that its initial outlay featured modular partitions, set to meet all sorts of events. Amenities installed as well are excellent as there are air-conditioners, high-tech infrastructure geared towards making any event memorable a great success. The meeting halls are quite spacious, practical and ideally modernized. The celebrated Manaus Plaza Convention Center unceasingly add immeasurable value to your event.

7. Panoramic Elevators and other Amenities

Since the plaza covers a total area of 4000 meter-square, it’s somewhat impossible to find your way around, but the presence of 7 elevators, each with a total capacity of 13 people makes the job relatively simple. There are two escalators as well on the premises to aid in the same. For heavy loads as well, four distinct elevators are there as well. Each of these lift elevators can carry up to 1500 kilograms.  The easy way up and down is just the top part of the iceberg as other amenities are available like well-resourced commercial and medical rooms, a trusted travel agency and even a college unit which makes it easier for the folk working in it.

15 Things to Know About the Amazon Brazil