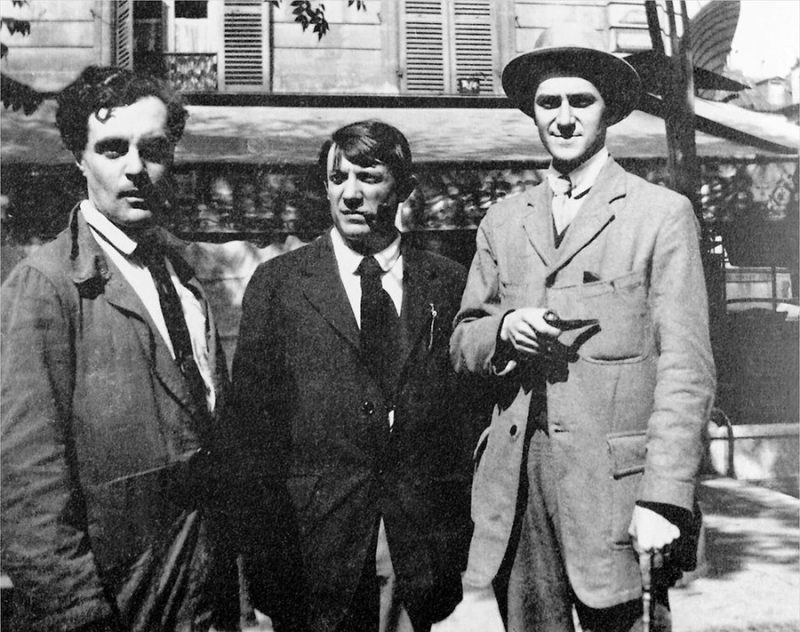 One of the greatest and most legendary artist of the 20th century, Pablo Ruiz y Picasso or famously known as Pablo Picasso was a Spanish artist, painter, printmaker, designer, and sculpture. He is also known for the inception of the constructed sculptures. He was an innovator and have a varied style of paintings by experimenting different techniques, ideas, and theories. Picasso was a legendary painting who have innovated a number of techniques and also flourished the concept of cubism. There are about 50,000 estimated artworks by Picasso . His paintings have been sold for millions of dollars and are among the costliest paintings in the world. Here are things you should know about Picasso. 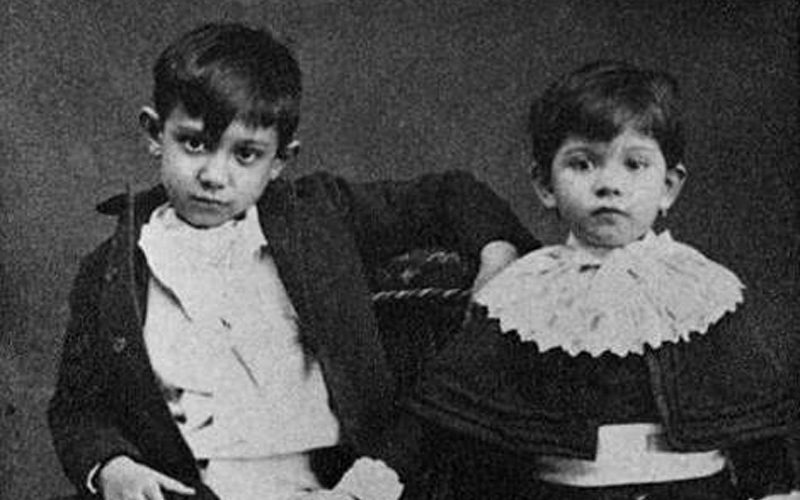 You will be shocked to know that the legendary Picasso has a name of about 23 words. It’s would be even hard for anyone to remember such a long name. His baptized name was Pablo Diego José Francisco de Paula Juan Nepomuceno María de los Remedios Cipriano de la Santísima Trinidad Martyr Patricio Clito Ruíz y Picasso. This long name was given to him after various saints and relatives. The word Picasso comes from his mother Maria Picasso y Lopez. It will be very hard to learn his full name , so just remember Picasso. 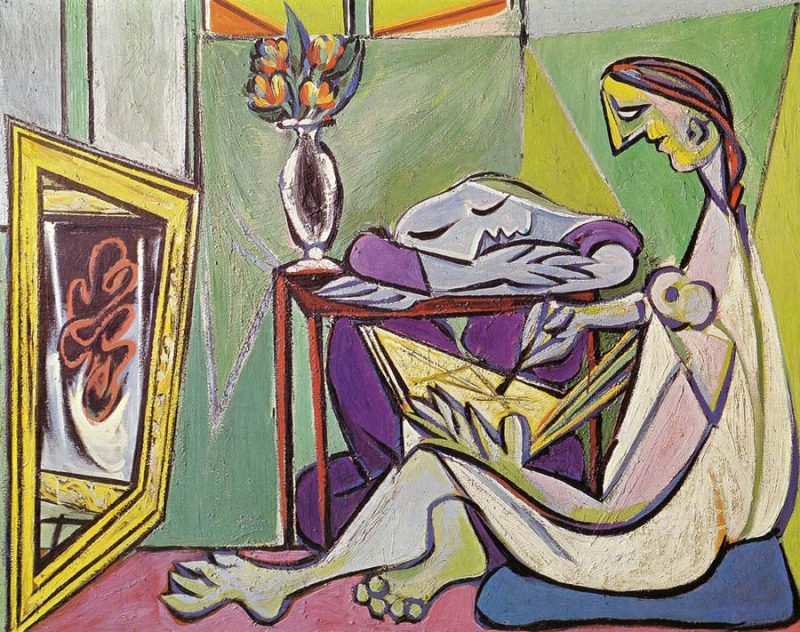 Picasso was born in Malaga city of Spain and was the first child of their parents. He was from a middle-class family and his father was a painter and a professor at School of Crafts. He was very curious for paintings and drawings from very early age. According to his mother, Picasso first words were a pencil. His father gave him the training from the age of seven. At the age of 13, on seeing his drawing over his father sketch, he felt that Picasso has surpassed him in painting and vowed to never paint again. He was sent to Royal Academy of San Fernando in Madrid for his education but he did not like the way of teaching and stopped attending the classes.

3. Style and Technique of Picasso 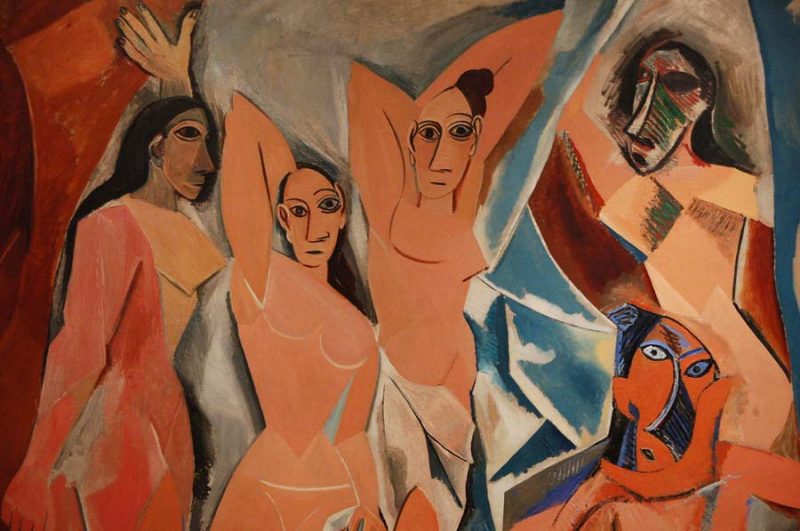 The estimated list of work by Picasso is about 50,000 artworks of which there are 2,880 ceramics, thousands of prints, 1,885 paintings, 12,000 drawings, 1,228 sculptures and various others. Paintings were the main part of his skills which made him a legendary artist. Picasso used various colors in his paintings as its expressive elements. Sand was also used by him to diversify the texture of the paintings. The sculptures which he made were made from either wood or clay and wax. He used to draw his paintings from his memory or imaginations. His innovative skills were amazing and beyond an average human and never used real world objects as the base of his paintings.

4. Blue and Rose Period of Picasso 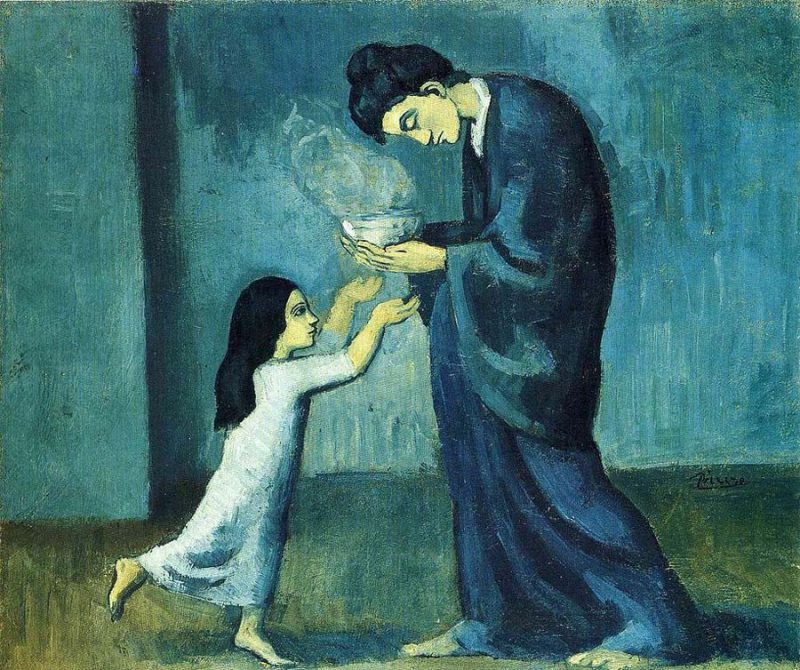 These periods are generally denoted by the style and color he chose during many of the paintings. Blue Period was from 1901–1904 during which Picasso painted a number of paintings in the shade of blue. During this time he was in Barcelona and Paris and created a number of works in blue. Some most famous work of his blue period is La Vie, The Old Guitarist,The Frugal Repast, Portrait of Soler, The Blindman’s Meal, a portrait of Celestina, and Portrait of Suzanne Bloch.

Red Period of Picasso was seen from 1904–1906 in which he used a cherry shade with mix of pink and orange colors. His painting from rose period mostly features harlequin, circus people, comedic characters, and acrobats. Some of his most famous paintings from this period are Acrobate à la Boule, Garçon à la pipe, Au Lapin Agile, Les Baladins , Family of Saltimbanques and more. 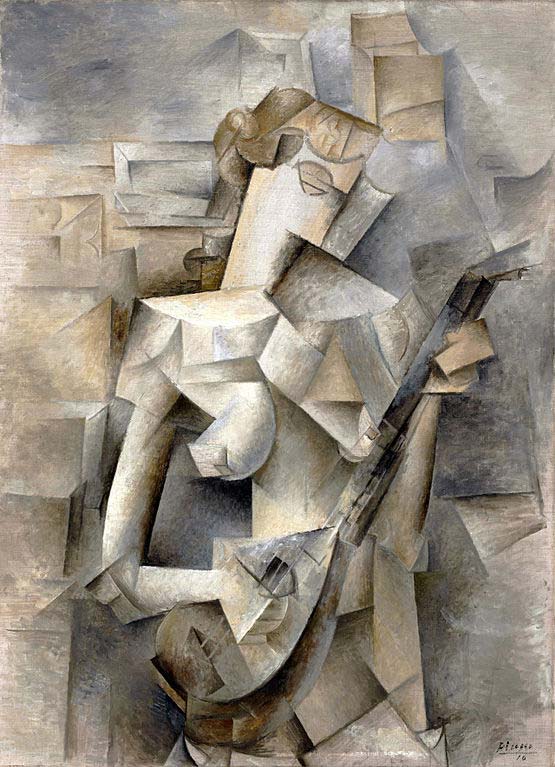 Discovered in 1909, Cubism was the style of painting by Picasso and his French artist friend Georges Braque. In this style of painting, the object is analyzed thoroughly and is broken up into pieces instead of seeing an object as a whole. This style of paintings by Picasso was both praised and criticized by many artists. Most of them said that his paintings are full of cubes and are not as stunning as people see them. But the impact of Cubism was amazing and it was famous all around the world at a very short interval of time. Some of the most famous work of this styles by Picasso are Girl with a Mandolin , Les Demoiselles d’Avignon, Figure dans un Fauteuil , Quarry Bibémus, Three Musicians, Still Life with a Bottle of Rum and many others.

6. Picasso completed his first painting at the age of 9

Yes, it is true! Picasso was inclined towards painting and drawing from very early age. Picasso completed his first artwork at the age of 9 only and the painting was titled as ‘Le Picador.’ Painting and Drawing ran in his family, as his dad was additionally an art professor. When he was 7 years old, Picasso began oil painting and figure drawing lessons from his father. At the age of 13 years, Picasso entered School of Fine Arts in Barcelona. After two years, he finished what he called his first real painting. His first real painting was a scholarly painting called ‘La Premiér Communion’ which he finished in 1896 when he was just 15 years old.

7. He Was Not Just a Painter 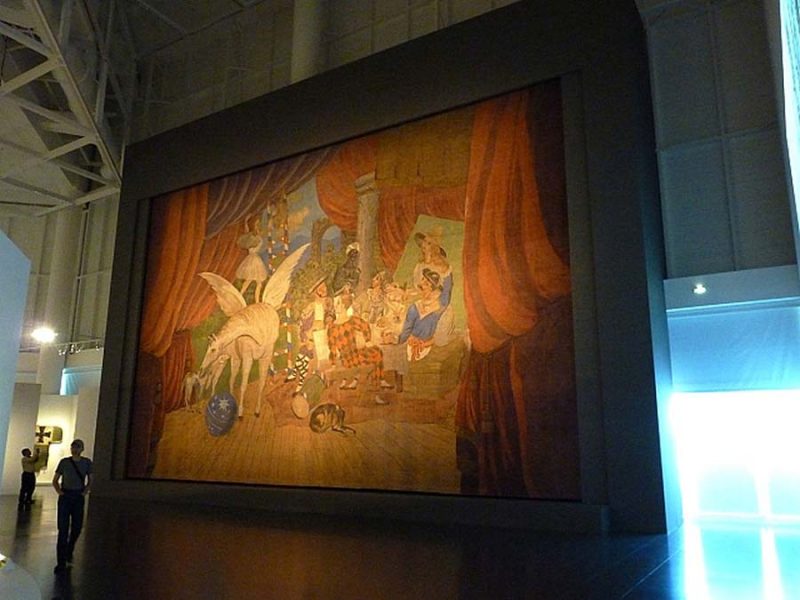 In spite of the fact that Picasso is best known for his painting, yet he experimented regarding various distinctive mediums, including drawing, figure, earthenware production, and printmaking. Actually, he was a complete artist and a multi-talented person. He even planned the drape, sets and clothes for a modest bunch of ballet during 1917 to 1924. Picasso began composing a poem in 1935, and he additionally created two plays in the year 1940. Apart from paintings , he has made a number of amazing sculptures carved out from wax , wood and clay. The list of his work has been estimated to about 50,000 artworks.

8. Rumor That He Stole Mona Lisa 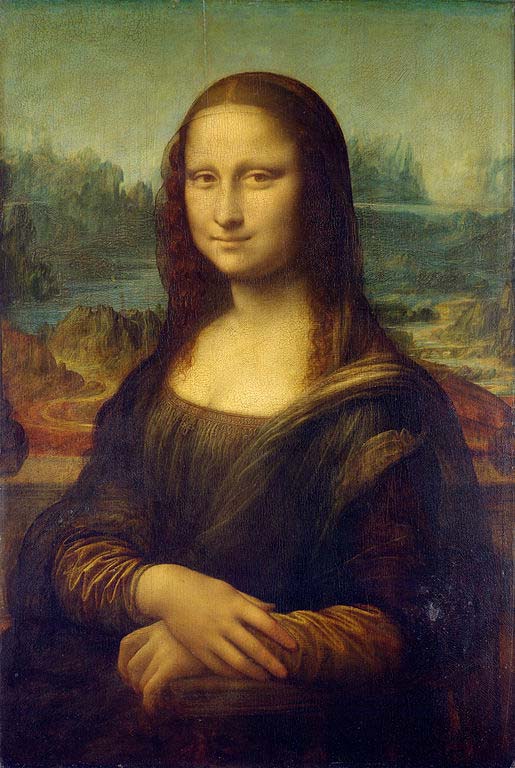 The renowned painting of Mona Lisa was stolen on August 21, 1911, and the entire art world was distressed by this act. At the point when a French daily paper offered a prize for the painting, a man approached with a statue he’d stolen from the historical center four years prior. He asserted to have stolen a couple of them for Guillaume Apollinaire, who then sell them to Picasso. Picasso living in France was taken to court, where he denied realizing that the statues he’d obtained were stolen. There was no genuine proof or a connection to the Mona Lisa theft, so Picasso wasn’t charged. In 1913, the actual thief, Vincenzo Peruggia was caught when he attempted to offer the famous Mona Lisa to an art merchant. He guaranteed to have stolen the Mona Lisa to convey her home to Italy, however regardless some trust that Picasso might have wanted it for some reason.

9. You Can See His Work at Museu Picasso 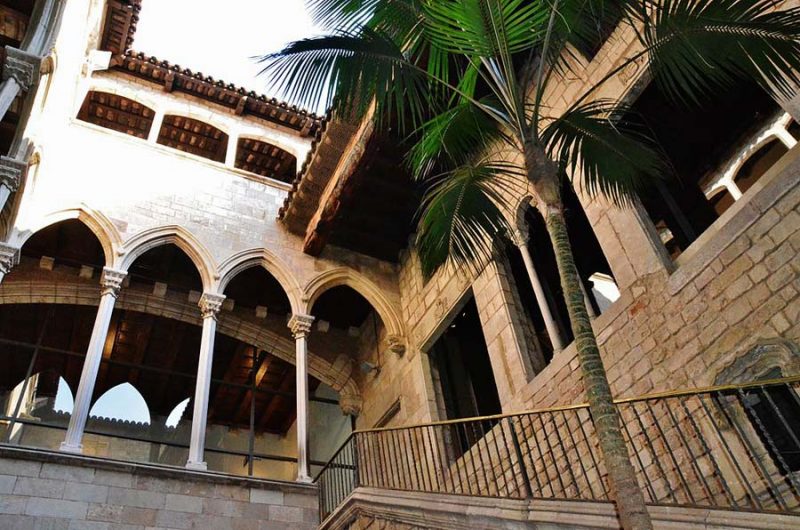 Opened in 1963 in Barcelona, Museu Picasso is one of the most famous museums or art gallery which is known for having the most extensive collections of the Picasso. The museum boasts of the all round collection of the painter and about 4,251 works are exhibited here. The permanent collection of the museum is divided into 3 sections which are engraving, drawing & painting, and ceramics. The Museu Picasso regularly hosts numbers of exhibitions presenting artworks by Picasso and other artists.

10. Most Famous Work of Picasso 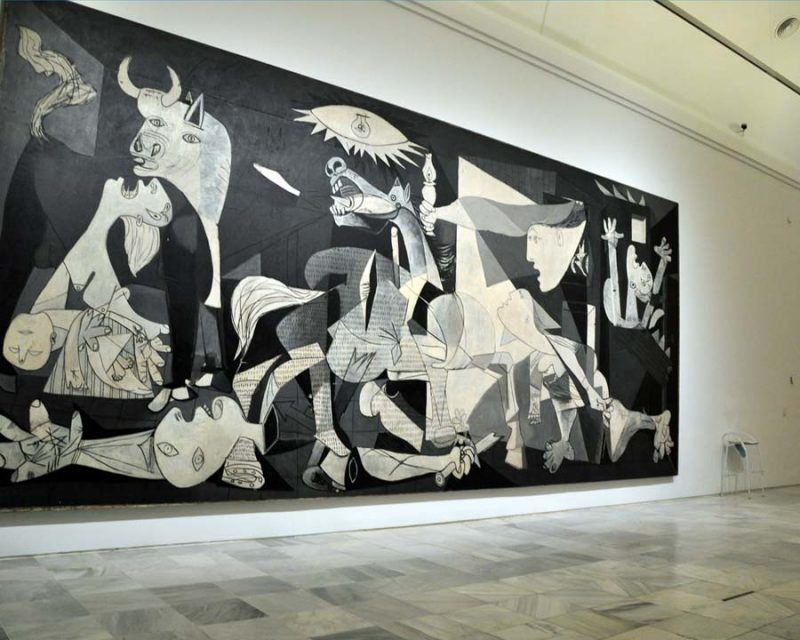 He was a complete artist and a multi-talented and creative person who have created thousands of artworks which range from paintings, design, sculptures and much more. Although all the work by him were amazing and legendary. But some of his works are world famous. Some of them are Les Demoiselles d’Avignon in 1907, Guernica in 1937, The Weeping Woman in 1937, The Old Guitarist, Three Musicians, Girl before a Mirror, Blue Nude, The Dream, Nude, Green Leaves and Bust, Dora Maar au Chat and many others. His paintings have been sold for millions of dollars and are among the costliest paintings in the world.

Picasso was one of the most famous artists the world have ever seen and a legendary figure of the 20th century. The World knows him for not only paintings but also as an innovator of the new concepts and techniques.