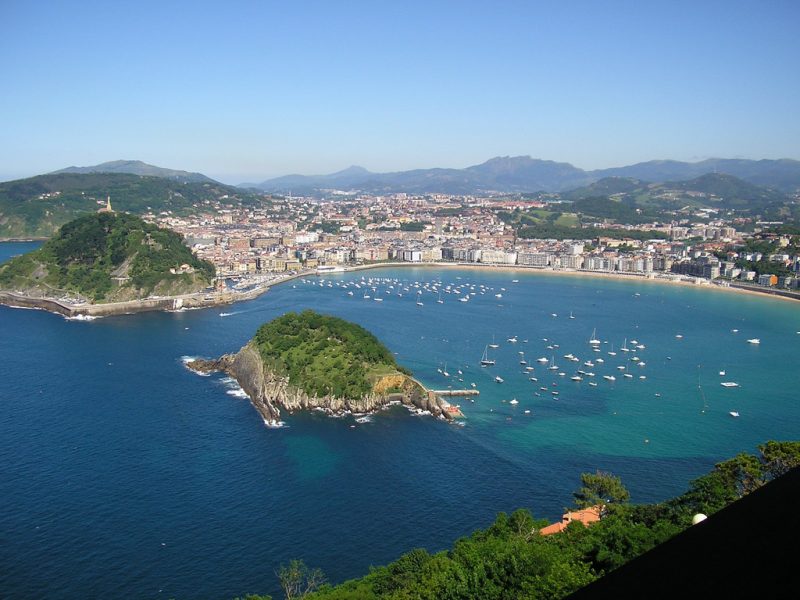 You’d definitely fall in love with the stunning city of San Sebastian-Donostia the moment you lay eyes on it.  San Sebastian is a charming and calm coastal city by the day, cool and happening by the night. Don’t fall for the city’s small size; the local festivals and the international events such as the San Sebastian International Film Festival make this wonderful city one of the most appreciated tourist hotspots in Spain. The city lies on the coast of the Bay of Biscay to the north of the Basque Country.

1. Stroll Along the Gorgeous Concha Bay 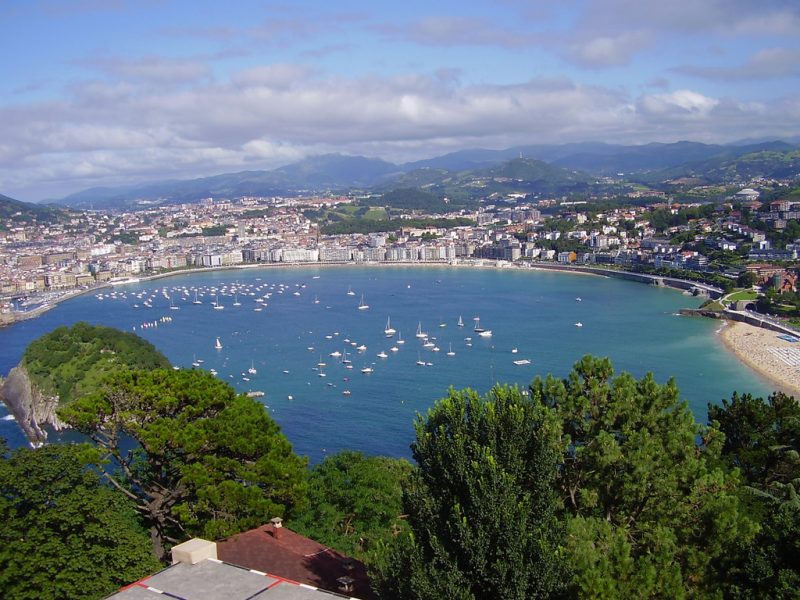 The most classic and the most picturesque of all the beaches in the city, the Concha Beach is the image par excellence of the beauty of San Sebastian. This stunning beach fits in almost every version of how a perfect city beach should be, and is among the best beaches in Europe. Thousands of tanned bodies stroll along the gorgeous Concha Beach playing with the sands and watching the sunset during the long summer months.

2. Delve into the Essence of San Sebastian 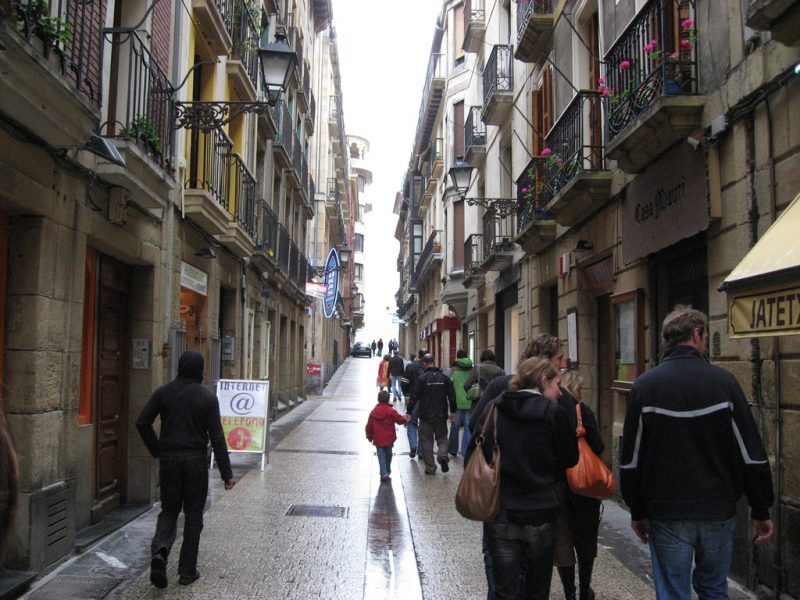 It is almost possible to lay eyes on San Sebastian and not fall for the city’s Old Town. Definitely the center of attraction of the city, Old Town is the second oldest neighborhood in the city. The Old Town is amazingly protected by three natural elements: Monte Urgull, the Concha Bay, and the River Urumea. At the very heart of the Old Town is the Plaza de la Constitución, where some of the biggest celebrations of the city take place.

3. Enjoy the Best Views of the City 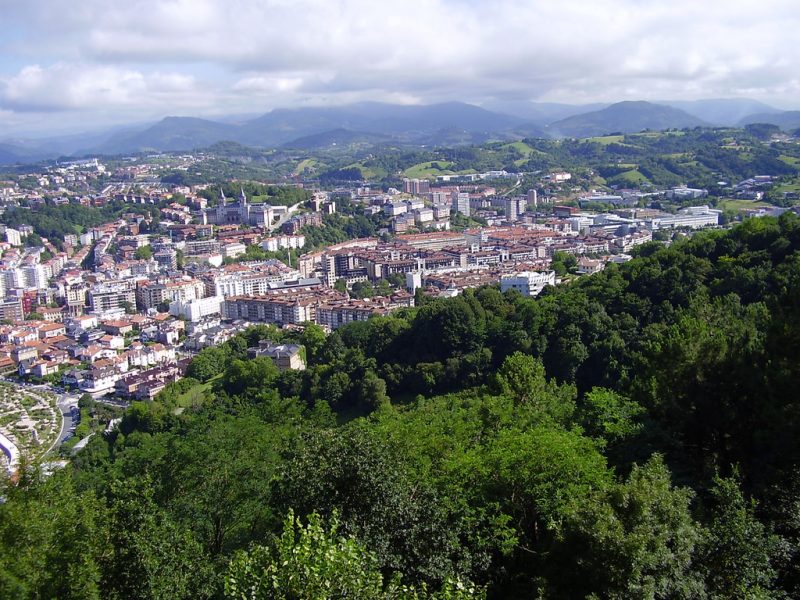 Enjoy the most iconic and best-known views of the city and the stunning Concha Bay from the summit of Monte Igueldo. The best way to reach there is via the old-school funicular railway, the oldest in the Basque Country, which takes to the amusement park at the top of the hill. Children will just fall madly in love with the old-world feel of the park and its charming attractions such as the Trampolines and the Roller Coaster. 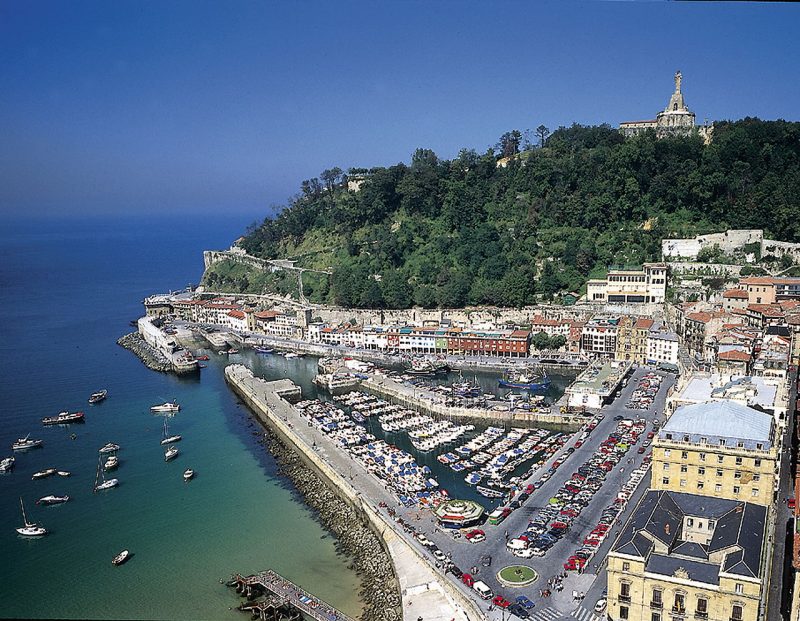 You’ll need just an hour to walk to the summit of Monte Urgull, topped by the 12th-century castle walls of the Castillo de la Mota and the Sacred Heart statue of Christ, and enjoy breathtaking views of the city from up there which is quite a retreat from the hustle and bustle of the city. In addition to the privileged views, you can stand witness to the city’s glorious military past.

5. Escape to the Parque Cristina Enea 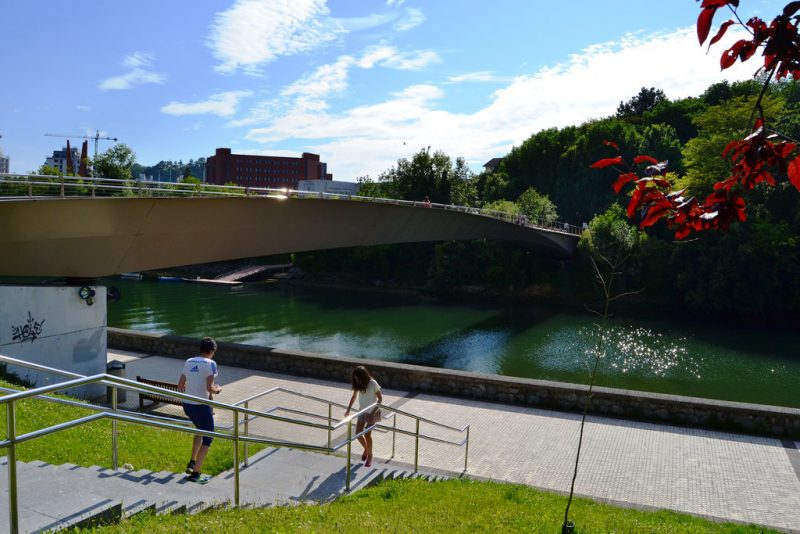 A perfect weekend escape for the locals, the Parque Cristina Enea is a charming little park built by the Duke of Mandas in honor of his wife. Filled with beautiful ornamental plants, ducks, swans and peacocks, this formal park was designed by Pierre Ducasse, author of the renowned Miramar Gardens and the magnificent Plaza de Gipuzkoa. It’s a wonderful escape from the hustle and bustle of the city life. 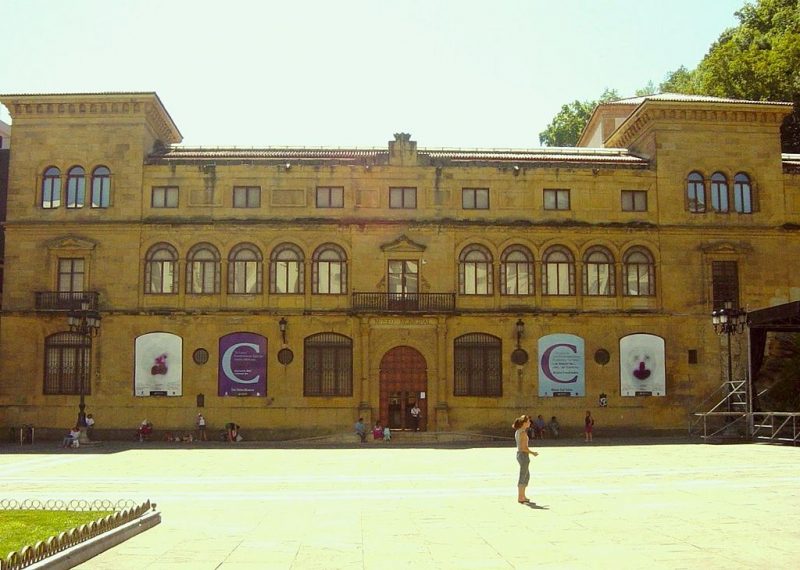 Located in a magnificent 16th-century building at the very heart of the Old Town, the San Telmo Museum is one of the most important museums in San Sebastian which displays pieces from historical artifacts to the unusual lines of modern art, plus local and global archaeological finds, with every piece reflecting Basque culture and society.

7. Admire the Architectural Beauty of Kursaal 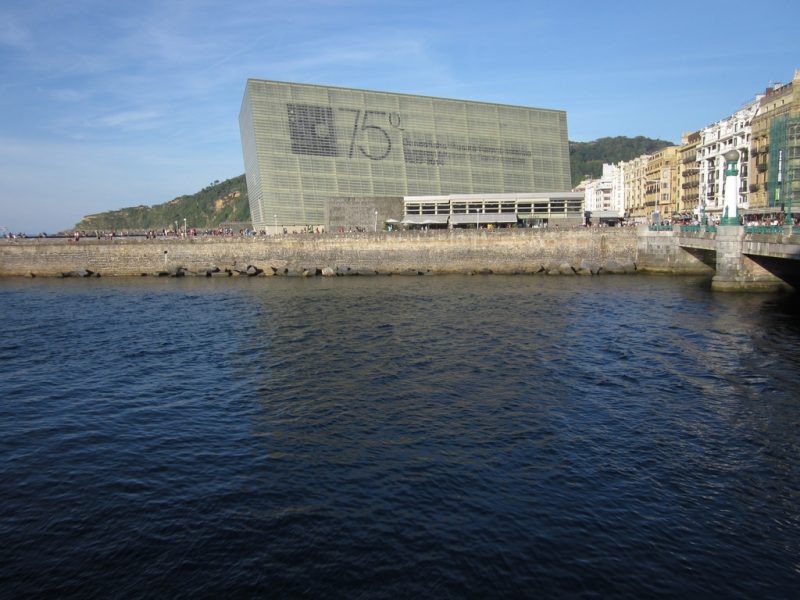 An outstanding architectural work of Rafael Moneo, the Kursaal is one of the city’s most noteworthy buildings built with translucent glass cubes to resemble ‘two beached rocks’ with the sole aim of emphasizing the harmony of natural and the artificial. It’s definitely one of the striking examples of contemporary architecture, thanks to which the city has now a unique infrastructure to hold the Congress Centre.

8. Walk the Nerve Center of the Old Town 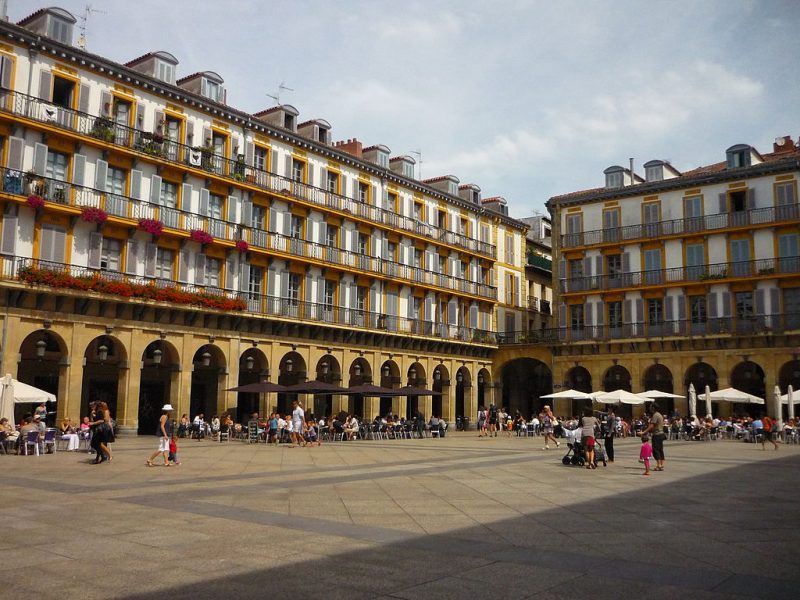 Sits in the very heart of the Old Town, the Plaza de la Constitución is one of the most impressive squares in the Basque Country with colorful buildings dating back to the time when it was used as a bullring. This is the place where the big parties and celebrations take place such as the flag hoisting ceremony on the 20th Jan or the celebration of Saint Thomas’s Day.

9. Admire the Grandeur of Miramar Palace 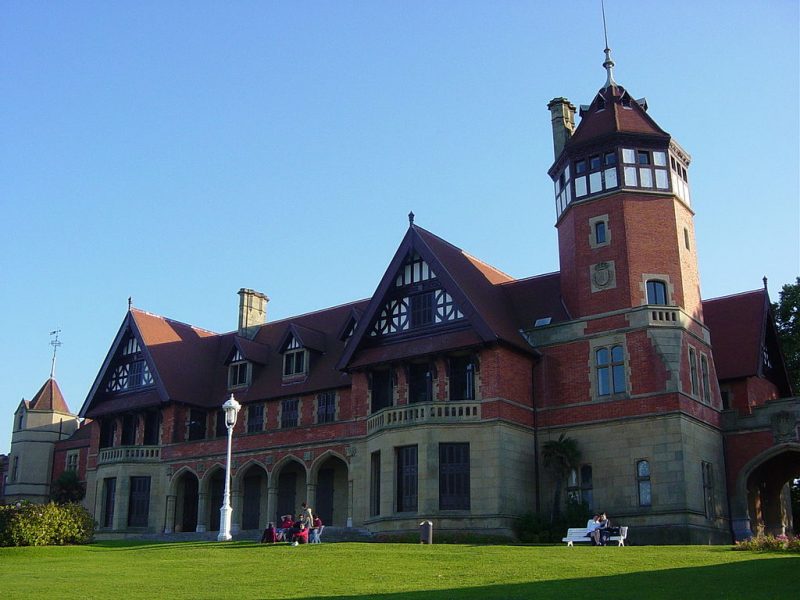 This late 19th-century palace on the Concha Bay was originally built to house the Royal Family when they chose to spend their holidays in San Sebastian for the wonderful beaches and the climate. It was built in a ‘Queen Anne English Cottage’ style under the direction of the renowned British architect Seldon Wornum.  The splendid gardens of the mansion are the work of Pierre Ducasse.

10. Make Your Way to the San Aquarium Donostia 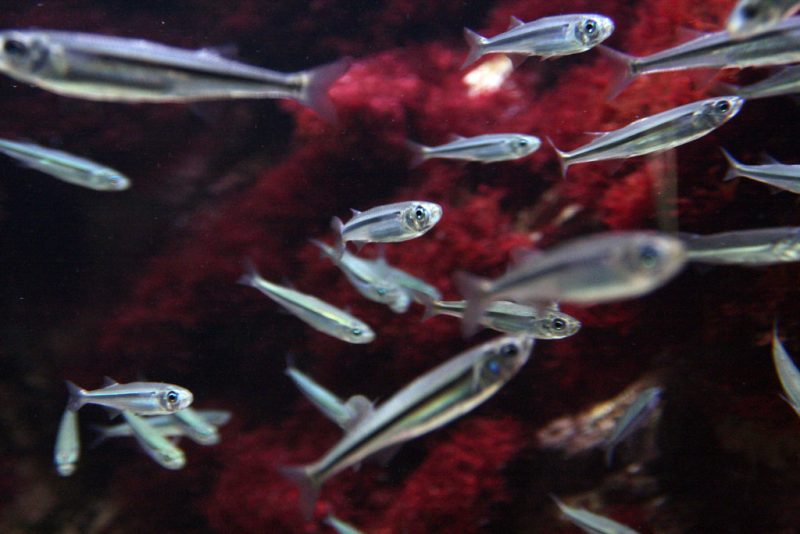 One of the most popular attractions in the Basque Country and definitely a favorite among children, the wonderful Aquarium of San Sebastian is famed as one of the best oceanariums in Europe, with a spectacular shark tunnel and the skeleton of a northern right whale. In addition to the coral reef exhibits, the museum also contains a maritime museum section which holds diverse marine species such as starfish and sea urchins.