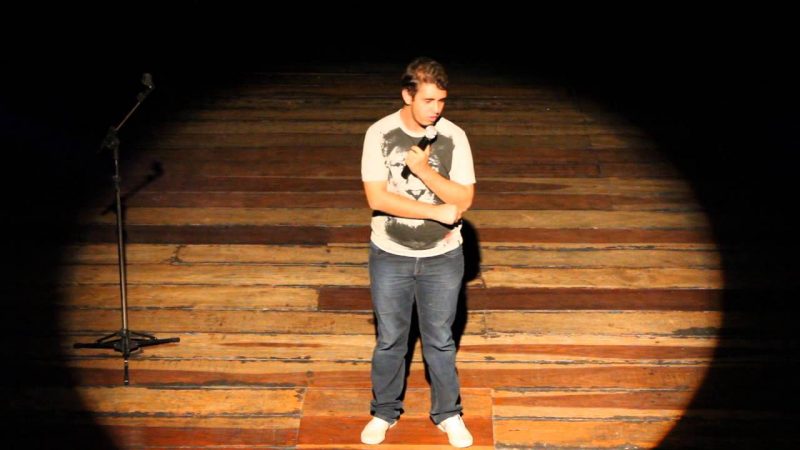 The Curitiba Comedy Club is the first space built especially for comedy in Brazil. Based on themes of “comedy clubs” Americans, the club has a modern decor. It was inaugurated on March 18, 2010. The Curitiba Comedy Club is one of the most fun places in town! One of the pioneers stand up comedy in Brazil, the place has revealed very good and fun people.

The Curitiba Comedy Club is the first bar built in Brazil especially for the comedy. Made along the lines of “comedy clubs” in America, the comedy club includes daily presentations of humor, focused on stand-up comedy, which varies each week. There are several stand-up comedians, one better than the other. The shows are humorous, giving you a lot to laugh at.

Curitiba Comedy Club offers a lot of drinks to choose from. The place is especially known for its beers and cocktails, which are mixed to perfection. The drink, “Caipirinhas” is quite a famous one, which claims to be organic and beneficial for health.

Influenced by the American style bars, Curitiba Comedy Club has a modern decor. The seats are comfortable and the decor speaks of sheer elegance. Surrounded by mirrors, the bathroom is a beauty. It even has a puff of grace to sit while waiting for one’s turn.

The dishes at Curitiba Comedy Club are delicious and are served in generous portions. The Club is known for its contemporary delicacies which are cooked to perfection. Don’t forget to order the traditional Ciranda mignon which is tenderloin strips in the wonderful milk sauce.

The house has great musicians singing before and after the stand-ups. The place is frequented by music artists like The Folkin Dads which makes the crowd sing along with them. There are regular live concerts focusing on the likes of samba and MPB.

Curitiba Comedy Club is a great place to go with friends and family to have some hearty laugh, enjoy delectable drinks and delicious food, and listen to some good live music. Overall, this is a fun place to build new ties and strengthening up the old ones.

Every time that you visit the Curitiba Comedy Club, you will always be treated very well by the staff of the house. There is an option to avail the valet service, which will cost you R$15. The waiters are friendly and prompt and consistent in their job.

The atmosphere at Curitiba Comedy Club is simply phenomenal. The house fills with humor and laughter during the comedy show and turns into an electrifying theater during live music performances. Add amazing food and drinks to it, and it comes out as something spectacular!

The Comedy Club welcomes all ages, certainly a program that will amuse everyone who goes with family, friends, or that special someone. True to its name, the performances of comedians always pluck laughter of all. How often do you see comedy, music, drinks, and food under a single roof!

The entry fee to the show is R$20 which is lower than most of the stand-up comedy show. The food and drinks are not cheap, but they are very affordable and worth the entertainment they provide. Curitiba Comedy Club is a great place to spend some awesome time without burning a big hole in your pocket.

7 Nightlife Scenes to Enjoy in Curitiba

5 Things about Cinema in Curitiba