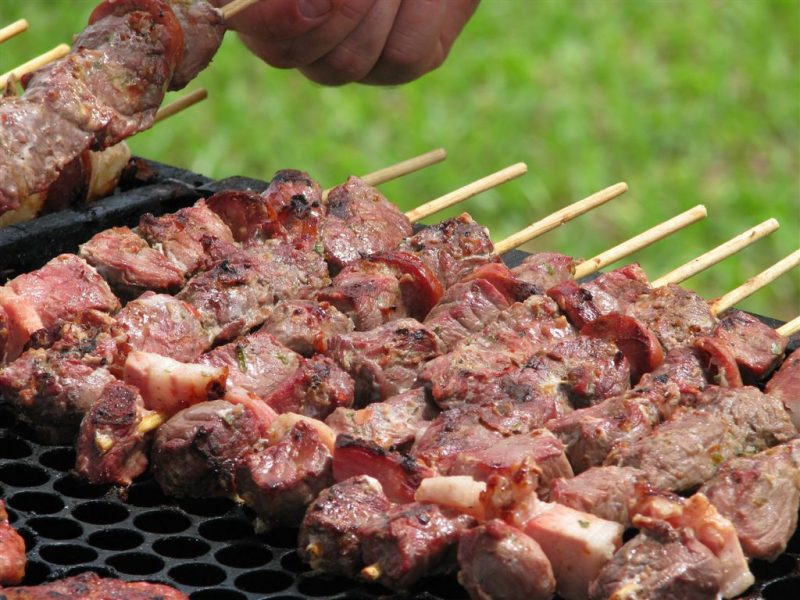 Churrasco is the name given to a barbecue dish made from raw meat, which is roasted on embers or fire with the use of metal or wooden poles (called skewers) or grids. Here are 15 things that every Churrasco lover must know about. 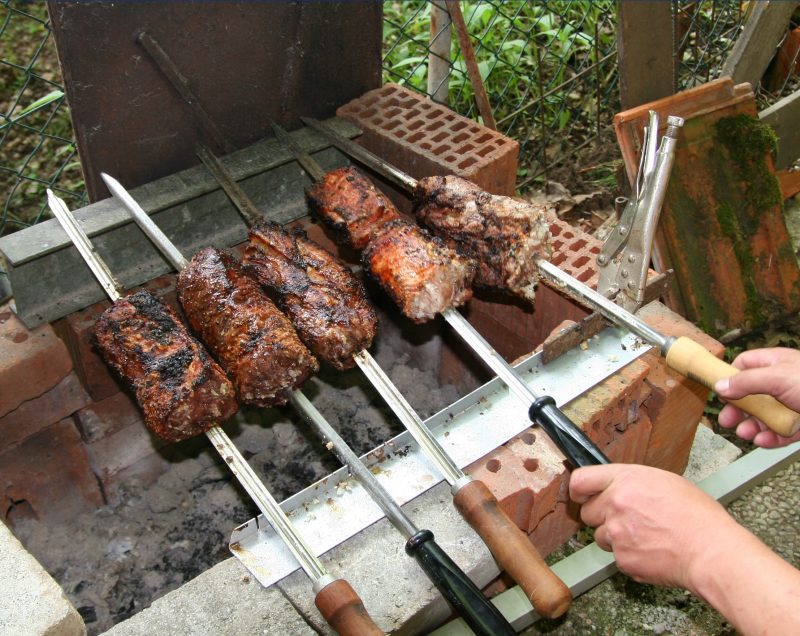 Churrasco is a Spanish and Portuguese term generally referring to beef or grilled meat. The different versions of this dish differ across Latin America and Europe but holds a more prominent place in the cuisine of Latin America countries like Brazil, Bolivia, Argentina, Colombia, Chile, Nicaragua, Peru, and Uruguay. 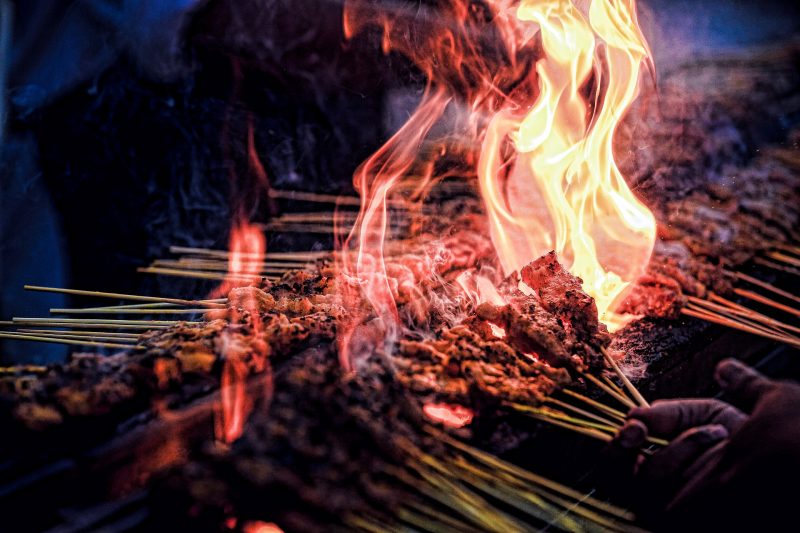 The origin of barbecue dates back to the caves when the man gained mastery over fire making techniques and realized that his food (hunting) was tastier and lasted longer when roasted. But the barbecue, as we know in Brazil, comes from the Pampa region in southeastern South America. In the past, this was a livestock transport area. In the middle of nowhere, carriers, known as “drovers” had only basic resources to survive. 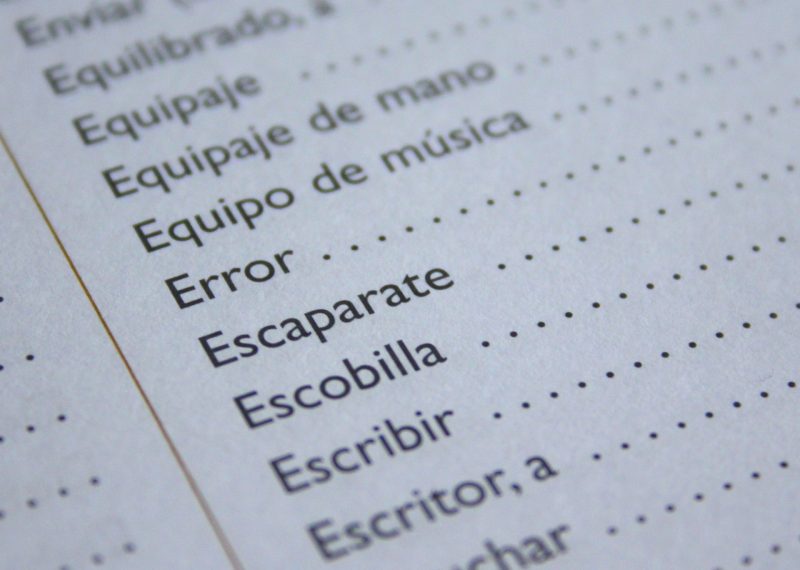 The word, Churrasco was used in Portuguese and also in Spanish from Latin American countries to designate a piece of roasted meat on the coals. This word first appeared in Spanish in the “socarrar” form and over the centuries, it was derived is different dialects in Spain. 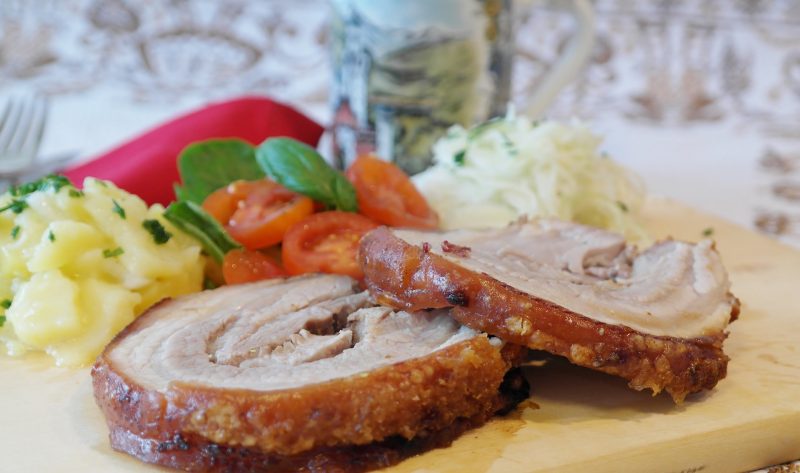 In Brazil, Churrasco is roasted on the grill or in the ground fire style, often in large skewers in the south, and grill in other regions. Coal is most commonly used to fire for the practicality and ease of purchase, but the traditionalists defend the use of firewood. The seasoning varies according to taste and local custom.

In Argentina and Uruguay, the typical barbecue is called “Asado”, and is the national dish of both countries. Both coal and wood are used for the grill

The Churrasco is also consumed in Paraguay and may be accompanied by cassava, bread or salads. In 2008, it secured a place in the Guinness Book of Records as the country that registered the highest consumption of outdoor barbecue in the world, with 26,715 kilos of meat consumed by over 40 thousand people. 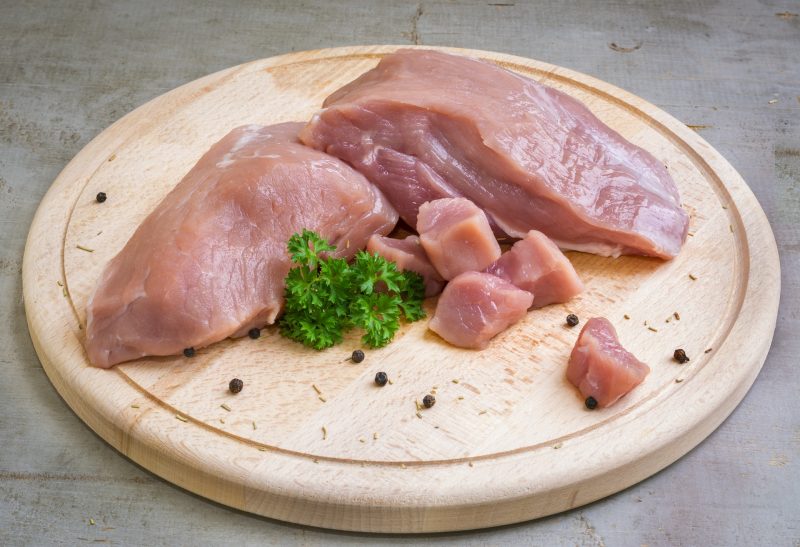 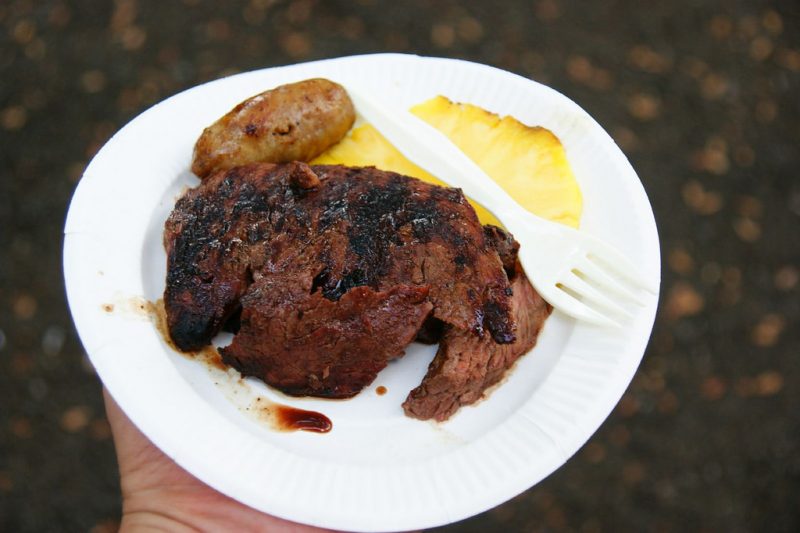 There are several accompaniments that make the combination even more delicious. It can be served with rice, green salad, roasted potato, or pepperoni chicken. Do not leave out the traditional cheese curds.

7. Other varieties of Churrasco 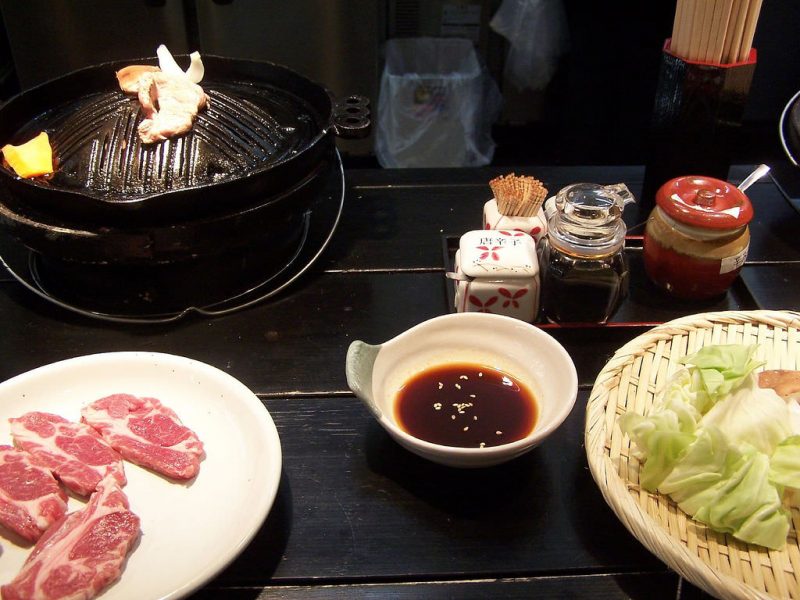 The dish of Japanese cuisine called Jingisukan, known in Brazil as Genghis Khan is a dish made in a similar grill to a pan. It was invented in Hokkaido, the northern region of the country. Jingisukan is actually a plaque in which the meat is prepared. It is well known in southern Brazil. 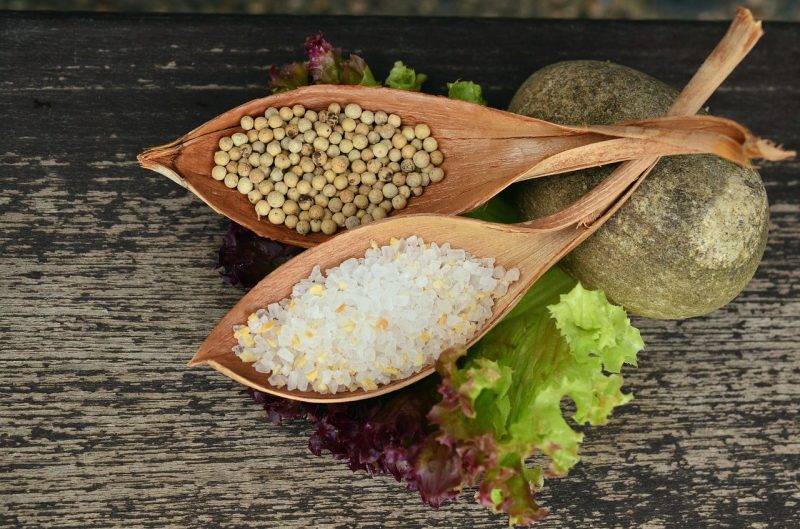 According to top barbecue chefs, the only ingredient that should be used to season the barbecue meat is coarse salt as other spices can dry and change the original flavor. The ingredient must be used a little before putting the meat onto the barbecue. There is no exact measure to be used, the tip is to pass the salt across the surface until everything is covered. 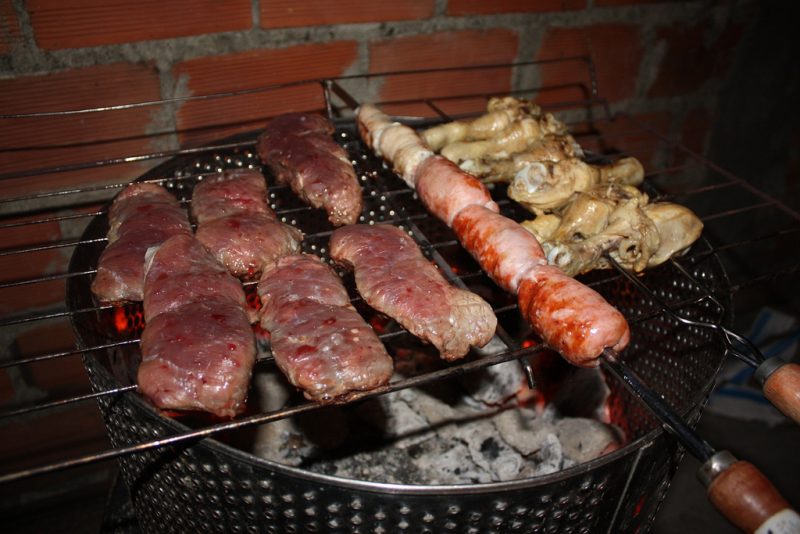 This certainly is the preferred meat in barbecue, after all, it is juicy and has a unique flavor. It can be seasoned only with salt or other condiments such as pepper and garlic paste. The right time to serve is when it is grilled on the outside and pink inside.

With an indescribable flavor, rib, either pork or beef, is always featured in barbecues. By having thick and long fibers, their cooking time is longer.

The skirt steak is a small cut of meat and long fibers. It has low-fat concentration, being known as a lightweight and soft option. For children who are learning to enjoy a good barbecue, this is the ideal meat as the taste is not strong and the meat is well digested by the body.

This is perhaps part of the beef with a higher concentration of fat, just so the meat is tender, flavorful and juicy. To serve titty, you should cut it into slices always against the meat fibers.

This is a good option for someone who prefers lighter meat like chicken. Honey can be a good option when used before the barbecue. 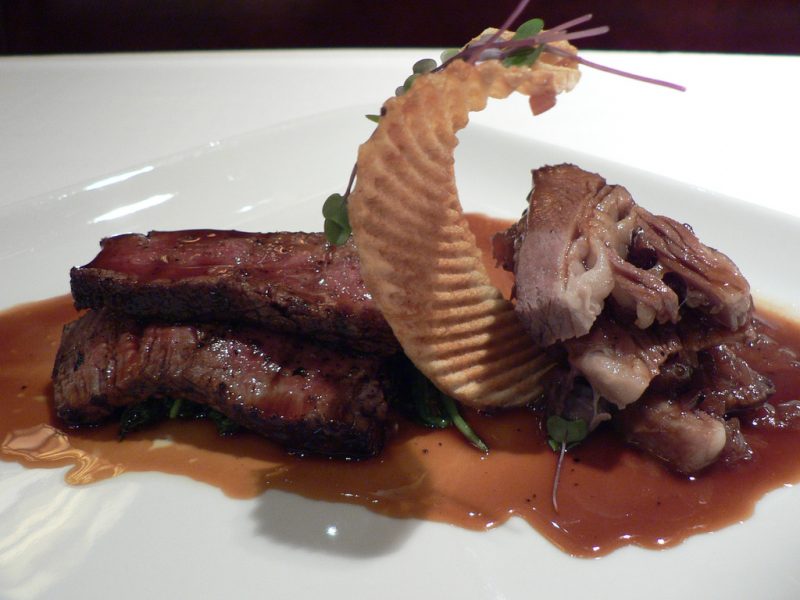 Different types of Churrasco have different nutrition value. Some facts which are common in almost all types is that they are rich in calories, cholesterol, proteins, iron and fats. However, a bit of extra calorie once in a while is totally worth for this delicious dish.

Here are 5 things you need to keep in mind to make a perfect Churrasco. 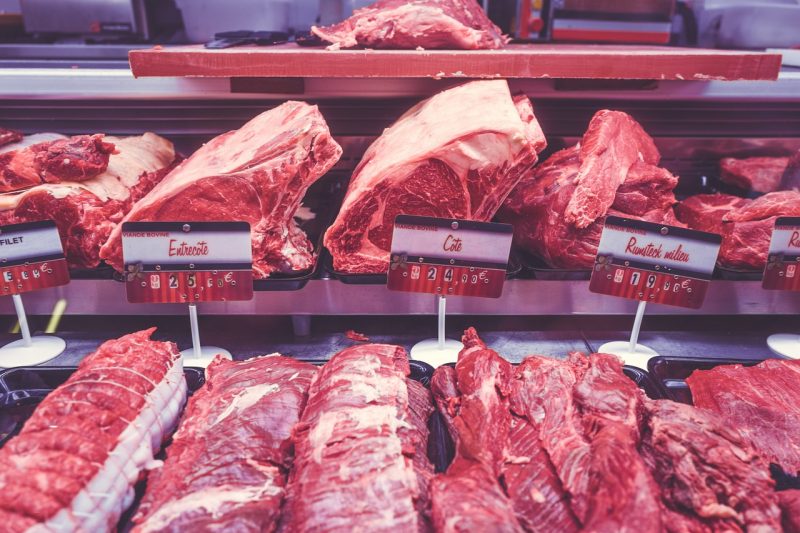 This is a very important step in a successful barbecue. The preference should be the meat of rosy red color and clear fat. If the cut is deep red and with more yellow fat may be an old animal. If possible, check the tenderness of the meat with the index finger. When it is too hard, not suitable for baking in the fire. The cuts, which are packed to the vacuum are also suitable because it maintains the fresh meat for longer. 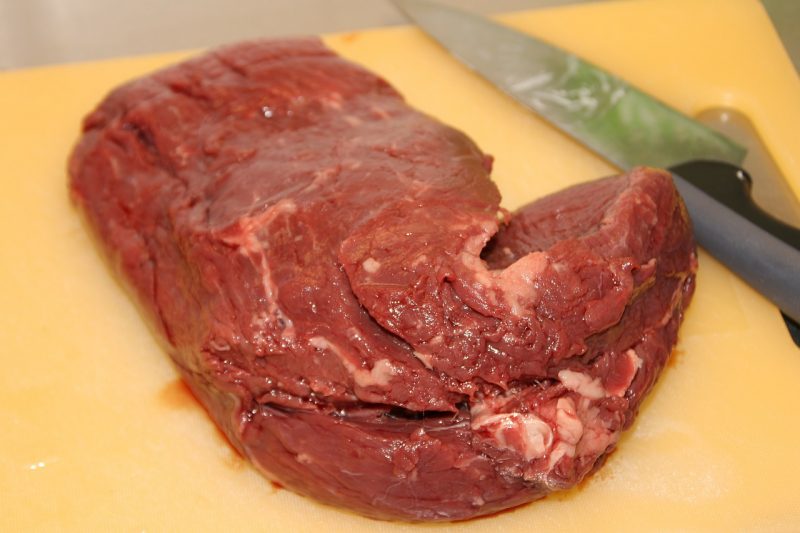 The care with the knives is essential. These should always be sharp and have good grip for handling. Ideally, there should be 2 sizes of knives- one larger one for a large size for meat (about 30 to 40 cm) and another medium size for chopping the seasoning if necessary. 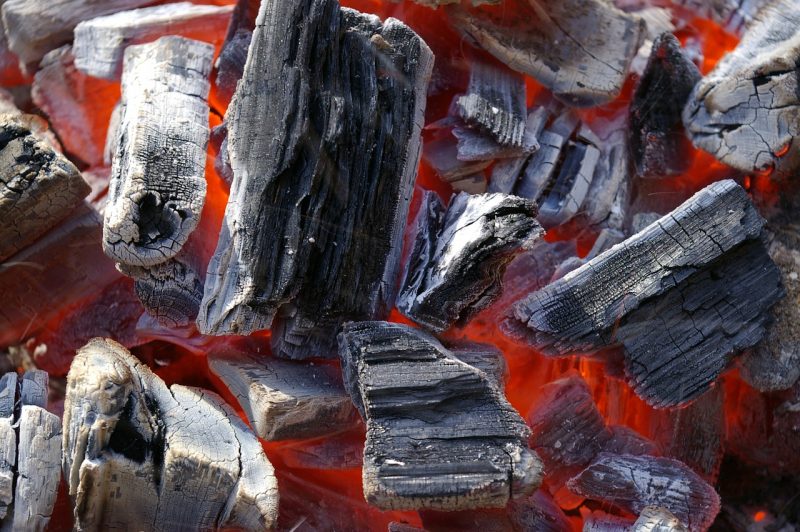 A weak fire can ruin the dish. The tip is that coal is lit in advance to release the initial smoke that gives bad taste and aroma to the barbecue. The right time to put the meat is when a layer of ash appears over the coal. Another secret is to maintain the distance between the coals and the meat. If the skewer is too close, the fire will burn the meat and will not bake well inside. If it is too far, it will cook, but will also lose the taste. 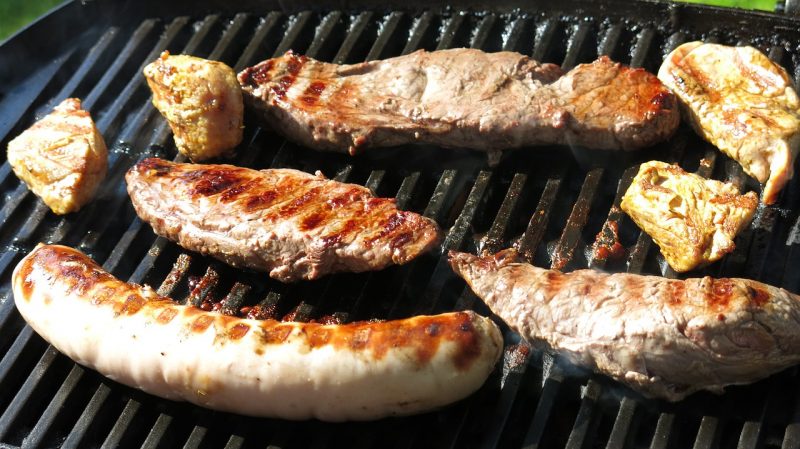 The skewers with wooden handles protect the rotisserie. They are in wide or double formats and allow the meat to be positioned anywhere. They serve to lower meats, ribs, medallions and appetizers. The grids are suitable for larger meats like steak, sirloin, and titty. That’s because they retain the meat juices and gets softer. Some make “picanha” spit but it can leave the meat harder and less juicy. 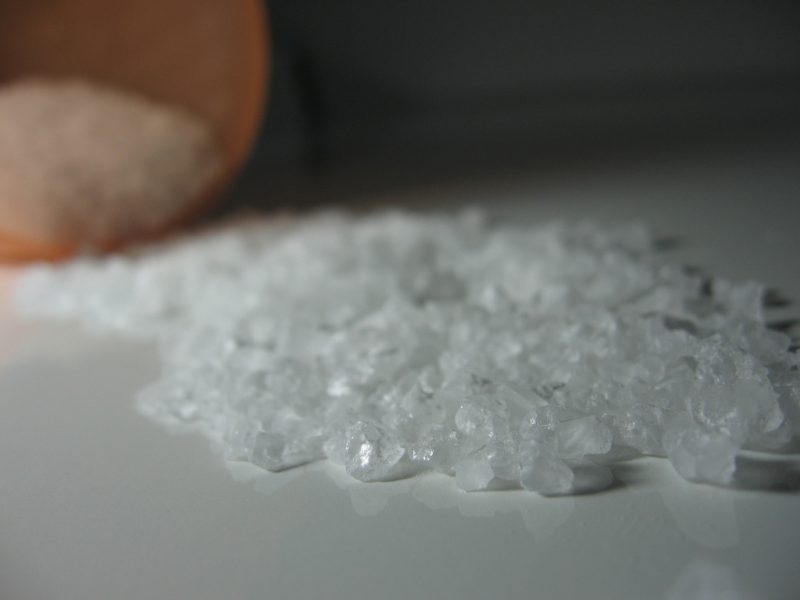 This is the preferred and often the only seasoning to Churrasco. But putting salt in raw meat can leave it hardened and dried. The secret is to take the meat to the fire and when it gets color, coarse salt or brine should be applied. After salting, extinguish the fire and remove the salt when it is off-white.

10 Things to Know about Money in Brazil