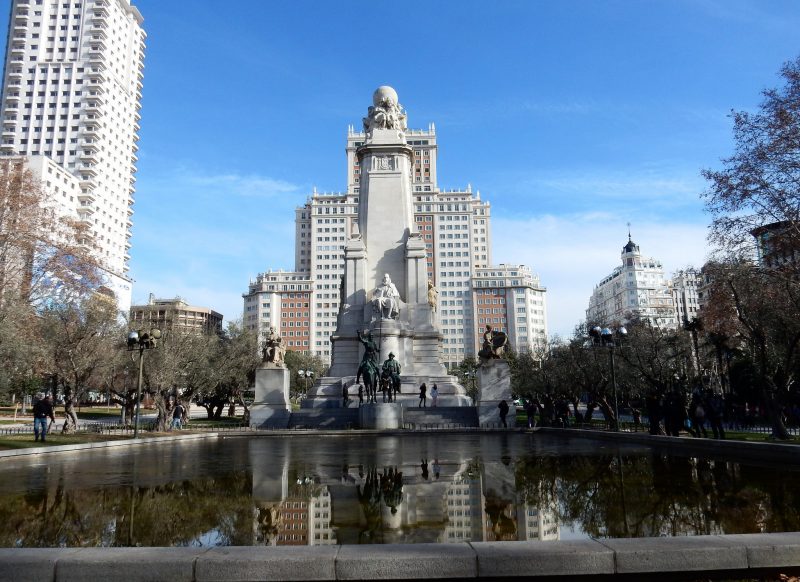 The city of Madrid is an exciting, ever-changing and alluring location to explore in the gorgeous country of Spain. At every time in the year, there’s always something happening that will pique your curiosity and deliver one-of-a-kind memories you’ll be bound to cherish for a lifetime. Here’s what you can expect from the 12 months of the year in Madrid. 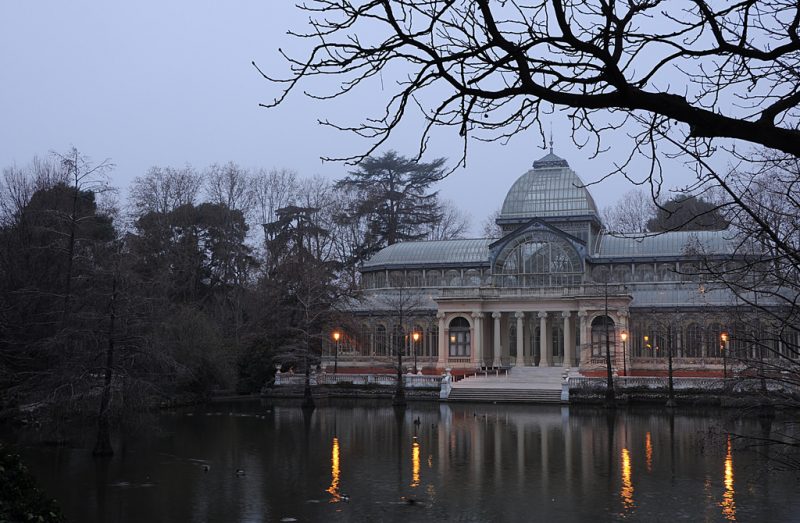 The first month of the year is coldest in Madrid. Temperature averages range between 2.6°C and 9.7°C (36.7°F – 49.5°F) with an average amount of rain. The cold and snowy weather generally tend to keep tourists away, but it’s during this season that the tourism costs are at their lowest. One of Madrid’s celebrations during this month is the Three King’s Day celebration, which celebrates and commemorates the biblical adoration by the three Kings of the baby Jesus. 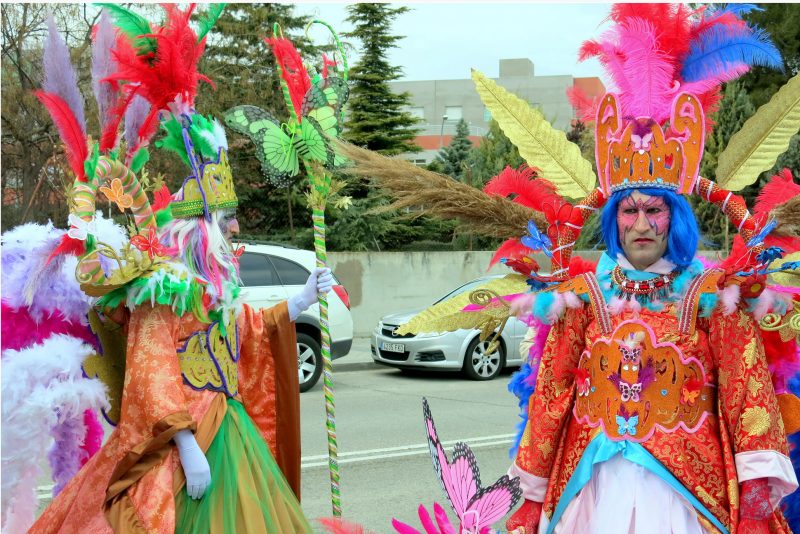 As the temperature starts to slowly increase in February, so does heat of activity with the Madrid Carnaval taking place this month. The streets come alive with performers, floats and parades. Spanning over a period of 7 days, the Madrid Carnaval begins on a Thursday with Dijous Gras, reaches the peak of activity at the Gran Rua on a Saturday and comes to a close on the following Wednesday’s Dimecres de Cendra. During the festivities, masked balls and feasts are regularly held. 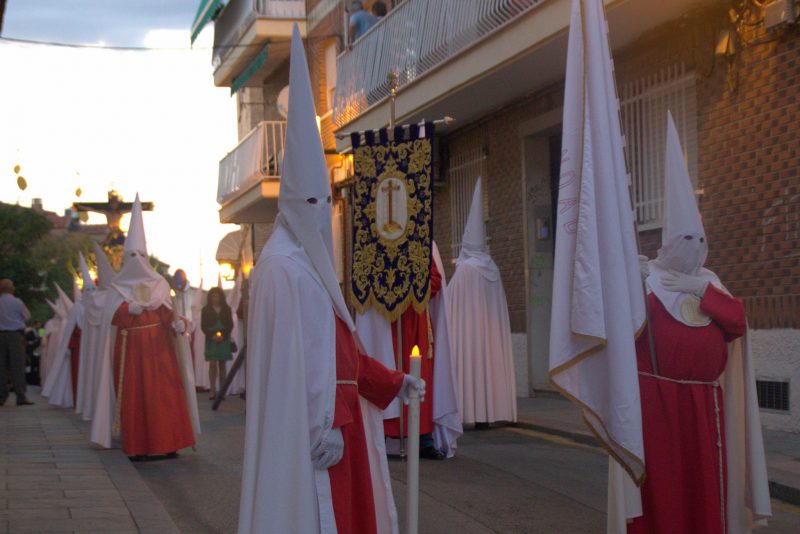 March is one of Spain’s most important months when it comes to religious tradition as this is when its Holy Week traditions, known across the globe as Semana Santa, take place. Brotherhoods or fraternities lead the Semana Santa’s popular piety through processions that are attended by practically everyone in the country. March also marks the beginning of springtime in Madrid with average high temperatures increasing to the low 60s for Fahrenheit and just above 15°C. 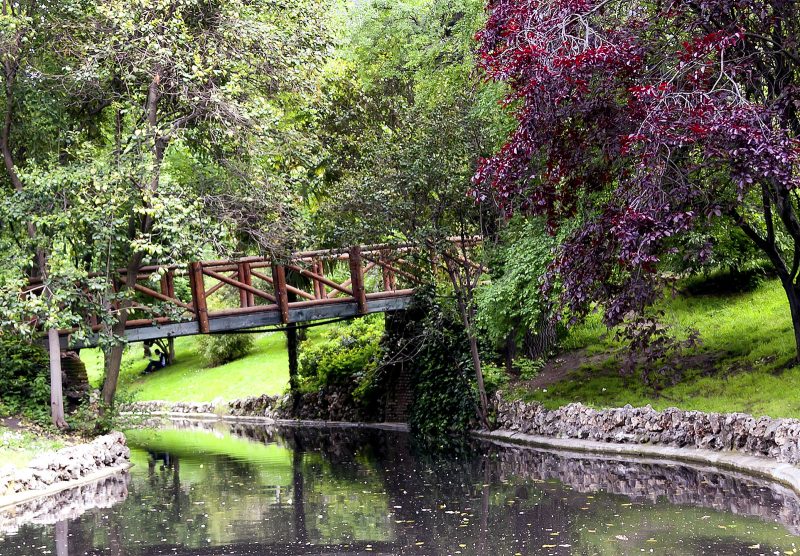 Spring is in full swing during April with temperatures remaining at nice and manageable rate. The rain picks up in April, but only serves to help the natural beauty of Madrid as flowering plants all over the city begin to bloom. Explore the gardens of the city armed with an umbrella, but take it easy and prepare for the dozens of festivals and activities that arrive with May. 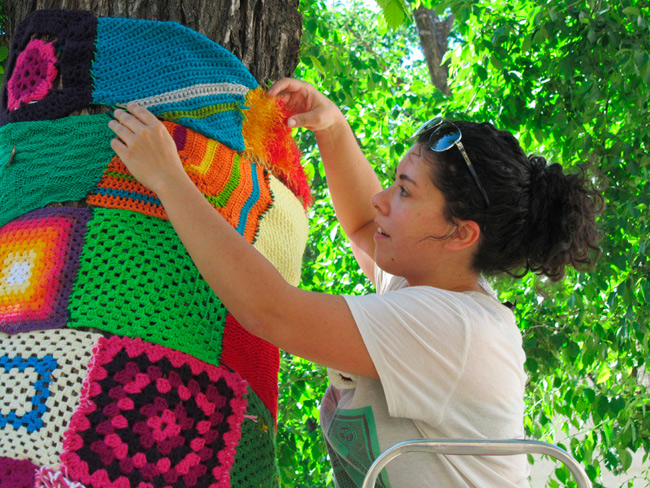 The last month of spring is considered the best month to visit Madrid as the weather is beautiful and temperate. There are also several key events that take place in the city during this month such as the Dos de Mayo, the Fiesta de San Isidro and the Feria del Libro. The lively fiestas truly bring the city together in camaraderie and exuberance and all have historical contexts that will certainly entertain you. Look out for the women wrapping various items in yarn for Dos de Mayo! 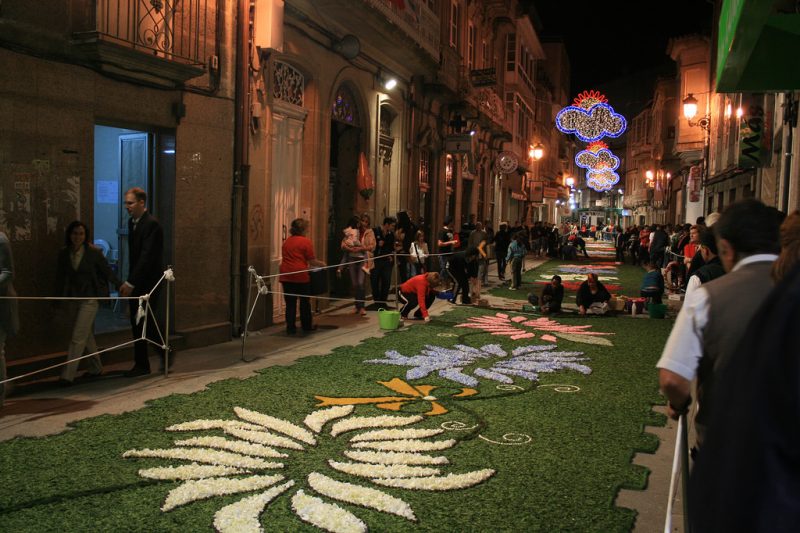 Summer comes to Madrid in June and it certainly reflects in the average high temperatures. Walking around or exploring the city by foot or through the train can get pretty hot and sticky. Despite the heat, travelers can take part in the celebrations for Corpus Christi in July. Religious celebrations are taken very seriously in Spain and you can look forward to great company and meals during this time. 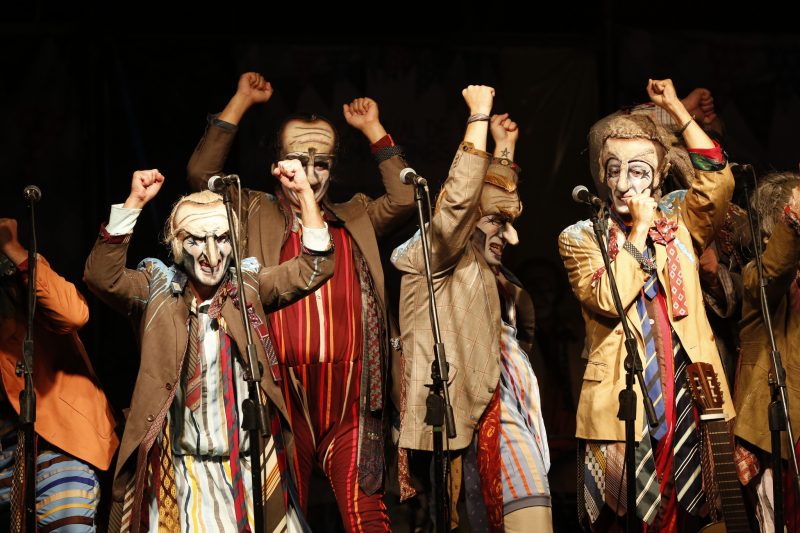 Say hello to the hottest month of the year in Madrid! Temperatures spike to 31.2°C (88.2°F) for the average high temperature while the lowest it will get during this month is 18.4°C (59.2°F). One of the most awaited festivals of the year, Veranos de la Villa, takes place this month and filled to the brim with exciting activities for people of all ages and interests to enjoy. From Flamenco dance to classical music, it’s definitely going to be a great festival to participate in. 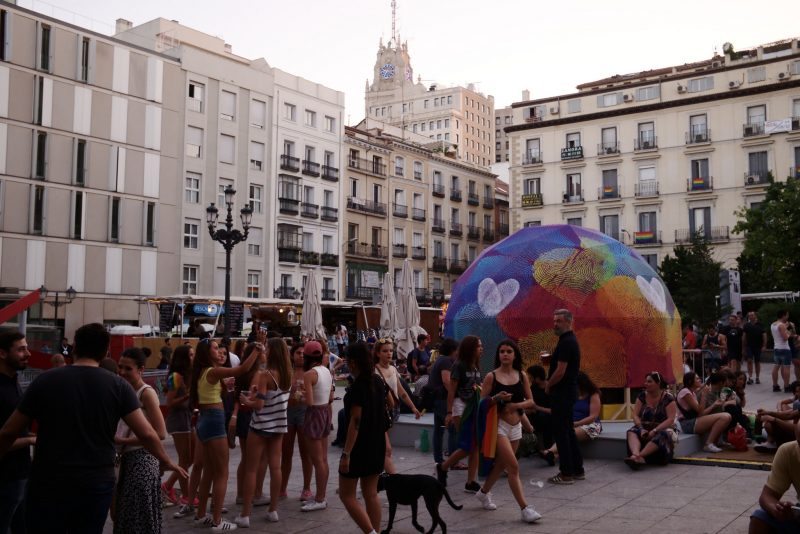 Though Madrid is an absolutely life-changing destination all around, one of the leaner months of the year would be August. Many people keep to the indoors to avoid the punishing heat. In fact, entrepreneurs and local shop owners even tend to close shop in August to take a month long vacation themselves. August is the second hottest most of the year so if you do come around during this period, make sure to stay hydrated and carry a water bottle around with you. 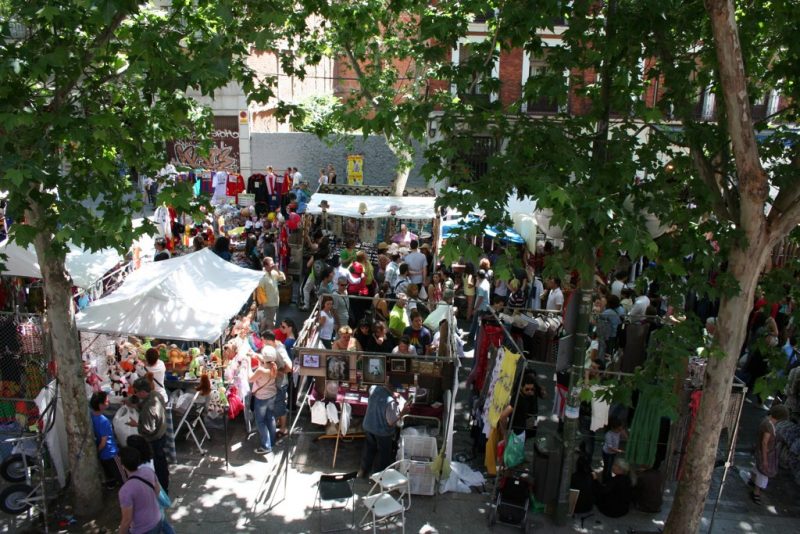 Temperatures start dropping quickly in September as summer comes to an end and marks the beginning of Madrid’s peak tourism season. 26°C is the average high temperature during this time, while evenings will see an average low temperature of 15°C. A tour of Madrid’s El Rastro market would make a great activity during the fall season. 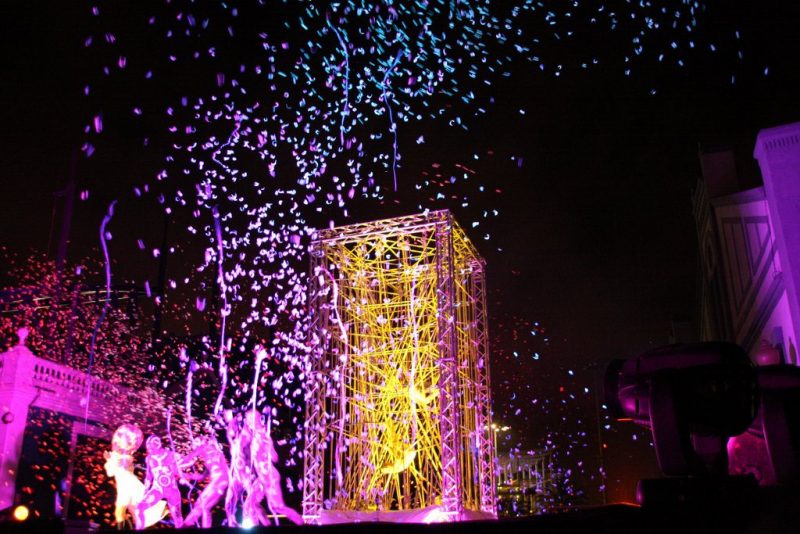 Ready for a month long festival? Because that’s what you’re going to get when you visit Madrid in October. The Autumn Festival begins in the first week of the month and carries on until the very last day. As one of Spain’s top music festivals, participants can expect to watch incredible theatre performance, sing along to amazing bands and dance the nights away. 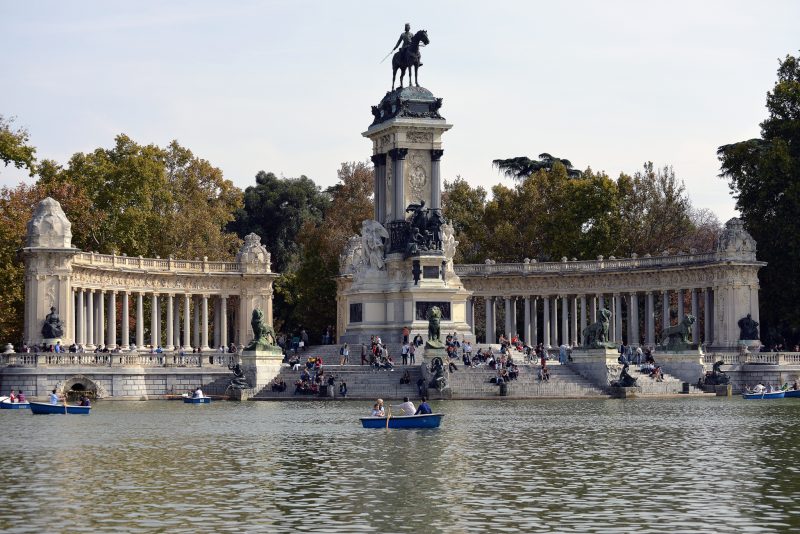 The average high and low temperatures in Madrid continue to decrease in November as the winter season approaches. It’s best to take advantage of one of the most temperate months in Madrid with tours around the city. Make sure to stop by the Retiro Park, one of the largest parks in Madrid which belonged to the monarchy of Spain up until the tail end of the 19th century. 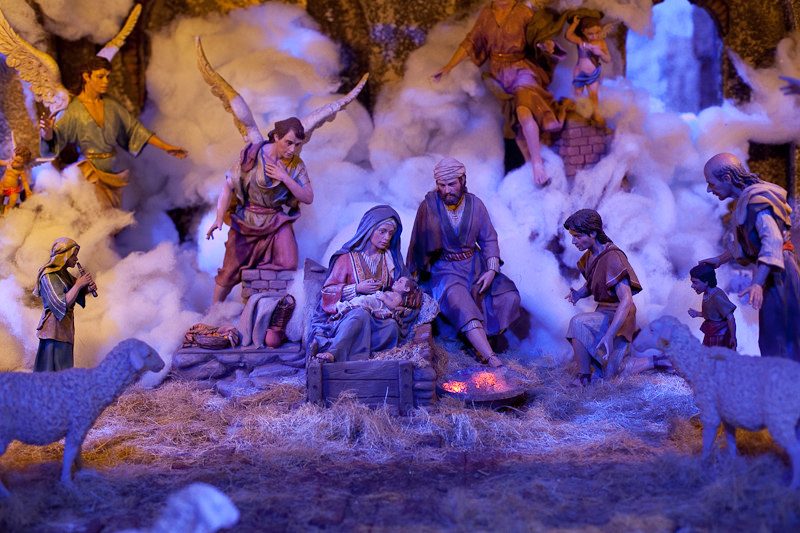 Despite being one of the coldest months out of the year, December is a magical time in Madrid as winter descends on the city and the holiday spirit comes alive. Christmas shopping is absolutely crazy in Madrid with several markets popping up and various goods going ons ale. All across the city you’ll also be able to find exhibitions of nativity scenes with some of the most popular ones found in Madrid’s History Museum.

No matter what month of the year you visit Madrid, there’s bound to be something exciting in store for you. Just remember to keep the various seasons in mind and be prepared for whatever climate the city throws your way. Don’t forget to do as the locals do during the time you decide to visit and keep in mind that spring and autumn are always the best seasons to come to Madrid.

15 Facts to Know about Madrid

10 Things To Know About Madrid Airport

25 Things To Do in Madrid

15 Restaurants to Go in Madrid