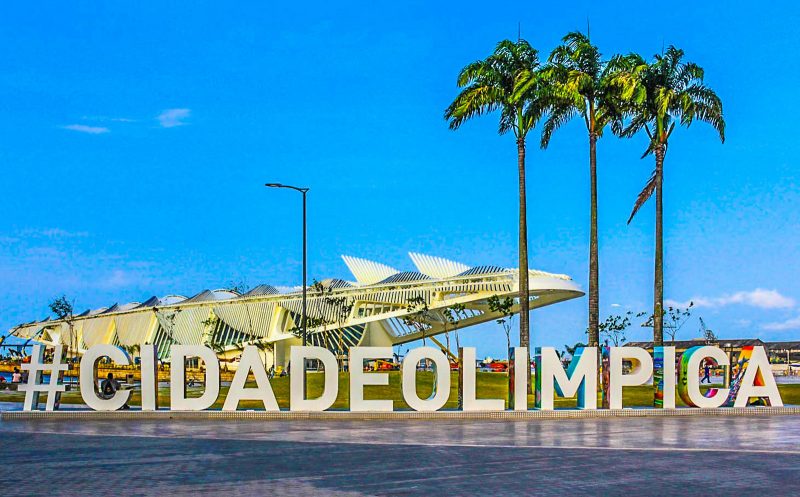 We are counting days to the start of the 2016 Rio Summer Olympics. This is a remarkable achievement to Brazil, which is expecting to receive many visitors from all over. The government is also anticipating to collect a high amount of revenue due to the assured increase in the number of tourists. The games will begin on 5th of August, running up to the 21st. They will be held in the city of Rio, and a few others are scheduled to be held in Sao Paulo. It is going to be a month with tons of activities to participate in, and it is a chance for Brazil to showcase its beauty.

1. Where the Games will be Held 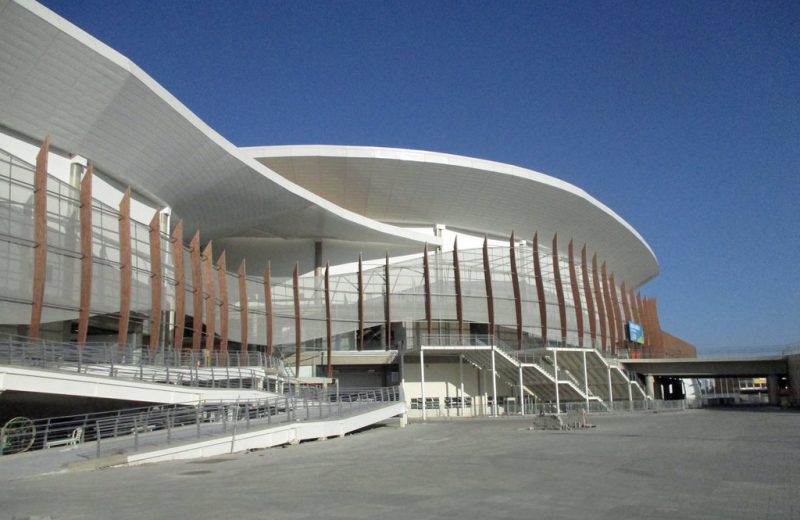 The games will be held in the gorgeous city of Rio de Janiero; that is a total of 33 venues in Rio will be utilized in the Olympics. Other five venues from Sao Paulo will be used too. Rio will be the center of the games. The city has a rich history, being that it was the first capital of Brazil. It is a land surrounded by the natural beauty of nature. Mountainous terrain and the sea on the other side. At night, the city illuminates in a heavenly way, especially if you get the chance to have an aerial view of the area.

The venues are centrally located to where the athletes will be accommodated. Four sections of the city have been set aside for use during the games. They are Copacabana, Maracana, Barra, and Deodoro. Athletes will have 30 minutes, at most, to get to the respective venues where their particular sport will be taking place. This is a convenient measure to ensure that there will be no delay complaints on the part the participants. Well, the organizers have to make sure that the games will be a success.

The transport system in the area is undergoing upgrades to leave no room for traffic mishaps. The venues that will be used have also been linked to a carriage system of high performance. This will ensure that the athletes and other officials will get to their specific venues in real time. There’s going to be about 10,000 athletes, and they will all need to get to the various destinations in time. Not forgetting, the high turnout of visitors that are expected to be there at the same time.

There will be a variety of sporting events that will be held during the Olympics. It is going to showcase a total of 306 events from the 28 games that will be in the Olympics. These will include, judo, archery, sailing among other fantastic games that have been placed on the schedule. For the first time, the Rugby Sevens will be incorporated in the Olympics together with golf. It is going to be a fantastic time to both the athletes and the spectators. 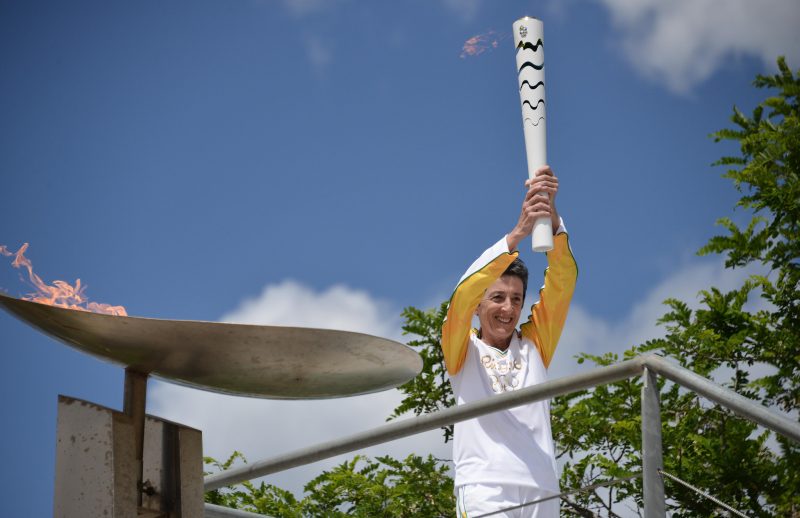 Source: Save the Dream

The relay of the Olympic Torch started in April and by May, it had reached Brazil. When the games begin on 5th of August, it will be in Rio for the Opening ceremony that will be held in Maracana Stadium. It is going to be a show that you don’t want to miss. It started its journey from Brasilia, on May 3rd. And it is currently on its journey to the remaining cities, out of the 300 it is supposed to visit.

This is the location where all the participating athletes will be accommodated. It has been claimed to become one of the biggest to be allocated to the athletes in the history of the Olympics. It has been fitted with modern-art equipment to suit the needs of those that will be hosted at the village. There will be television sets and smartphones for use by the athletes. Chairs, tables, hangers and mattresses will also be available. 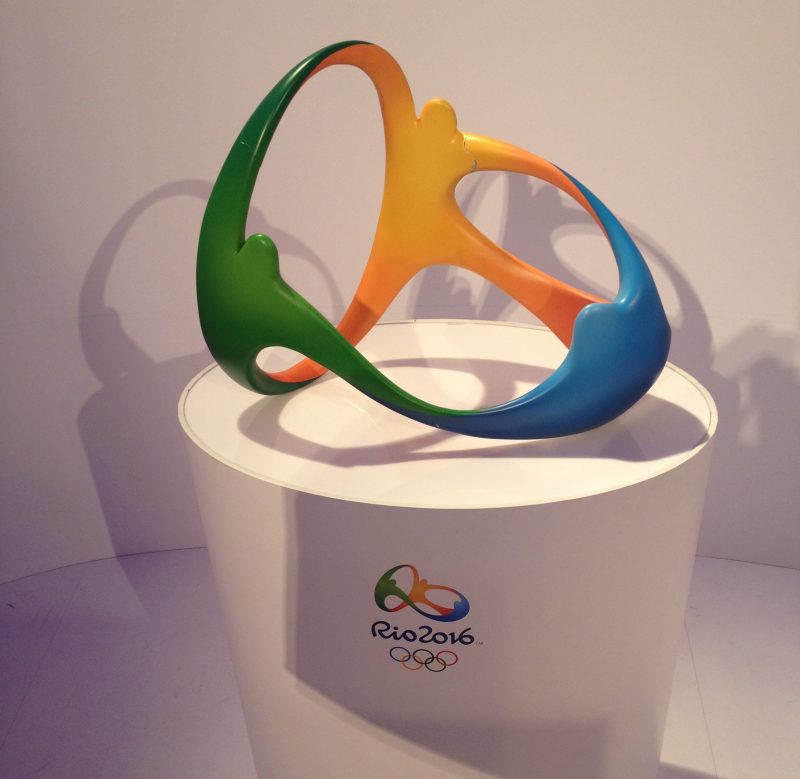 The Tatil Agency designed the Logo that has been adopted as the official emblem of the Rio 2016 Olympics. It utilizes the colors of the Brazilian Flag, that is, blue, yellow and green. Controversy has arisen contending the originality of the emblem. Some say that it draws its ideas from the painting of Dance by Henri Matisse. The logo is made of figures with their arms joined in an embrace. The shape that it has assumed is that of the Sugarloaf Mountain. It represents the concepts of harmony in diversity, energy, and nature.

Yeah, Brazil has a mascot for the 2016 Olympic Games. It was named Vinicius by a public vote. It won against two other names by 44 percent of the total votes. It has the characteristics of a mammal so as to represent the wildlife in Brazil. The mascot is blue and yellow in color. There will be a parade for the mascot during the opening ceremony on the 5th of August.

Get ready for the Rio #Olympics2016! Join our #Brazilian #Portuguese Course for free! https://t.co/KlZia4Sws0 pic.twitter.com/mDmjJrrKmz

The official language of the Brazilian people is Portuguese. Well, they were colonized by the Portuguese and had many interactions with them. They are the only country in the South Americas that is not speaking Spanish. Portuguese people have left their imprint in the country through language, architecture and even the way of life. Whatever culture is practiced by the Brazilians is the product of an integration of different cultures. 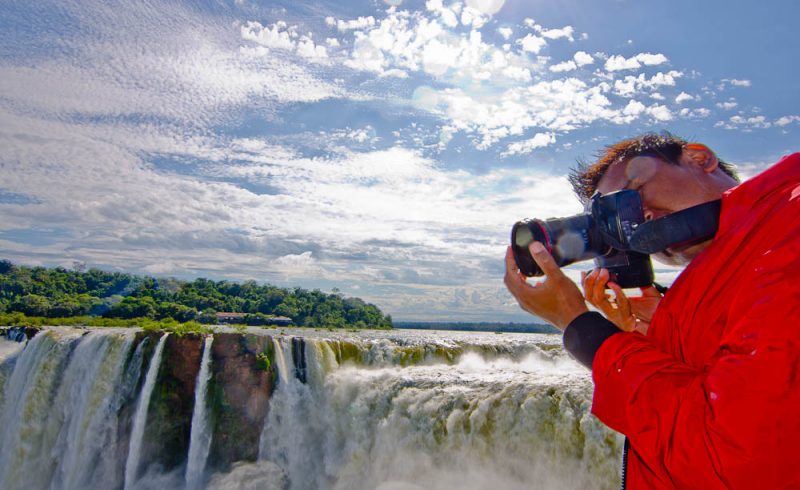 Brazil has a total of 19 sites that have been approved to be among the World Heritage Sites. Each location has a different experience to offer you. From getting to have a real life encounter wit the paintings of early man to having the opportunity of seeing some of the world’s endangered species. This is a chance to at least take your eyes off the game. Have a relaxed time. Or you can plan to visit them before or after the games. 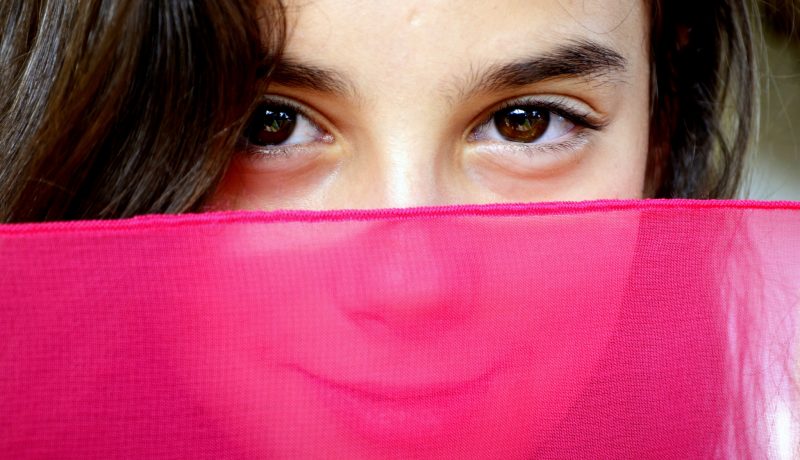 Just as their culture is a combination of different cultures, their people are also of different origins. There are Amerindians, Black people and those of European origins. Their co-existence and respect for each other is something to be admired. They appreciate each other in everything they do and there’s not much racism in the country. To them, what matters is that they are all from Brazil and Brazil is their home.

Rio de Janiero is where you will get to see the 7th Wonder of The World. This is the majestic Christ Redeemer statue. It is a stunning creation that draws passersby attention. It is about one hundred feet tall and with arms stretched out wide in a welcoming manner. It is the work of a Polish-French sculptor in collaboration with a Brazilian and French counterparts. It is situated on top of Mount Corcovado as it overlooks the city. You can imagine how small you feel, next to it. 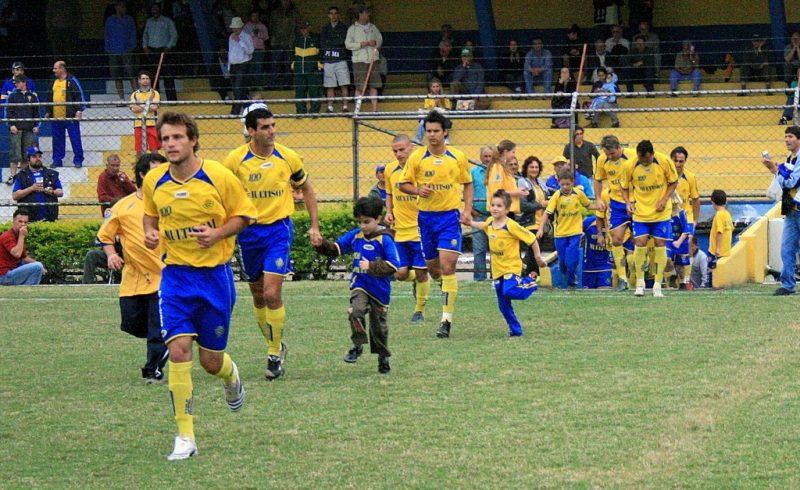 Despite Brazil being, I could say, the world champions in matters football, they have never taken home an Olympic medal for soccer. I know they are many who might disagree with the above statement: you team is also the number one football champ(wink). Well, this is the time to make their dreams come true as they will have a home advantage over the other participating teams. They are the country which has bagged many cups in the FIFA World Cup. This is the opportune moment to start a new streak of winnings.

This is quite remarkable; Brazilian cars run on renewable energy. Don’t go looking for the conventional gas that you use in your home country. You better be prepared. The electricity that is supplied to homes is also from renewable energy. Prisoners take part in the production of this energy. You don’t want to go and have a rude shock. It’s something that you need to know before heading to Brazil, more so, if you are planning to take you car with you or hire one.

There are numerous mosquitoes in Brazil. They come out from sunset to work. By work, I mean, to feast on whoever will be yummy to them. Carry a mosquito repellent with you; it will come in handy during the nights. There have been reports on an outbreak of the Zika virus. It is a virus that is transmitted by mosquitoes. Precautionary measures are being taken to ensure the safety of the participants of the game. You can only be completely sure if you are insured. By insurance, I mean, carry your repellent with you and ensure that you have it on, at night.

Brazil is a developing nation despite its large land mass. Therefore, do not go there expecting the same services like your home country. This depends on where you come from. Public transportation can be a bit tricky if you are used to those that follow order ones. First, congestion of passengers is commonplace. People cram in the buses, and you may have to stand for the elderly or pregnant travelers. They are also driven at high speed. You shouldn’t find it strange if other passengers aren’t putting on their seat belts. They may even laugh at you for putting on, one. 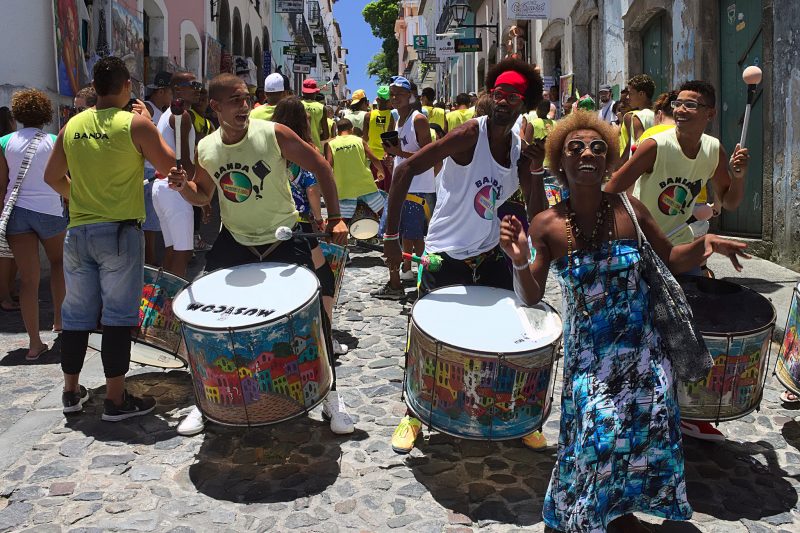 Brazilian people are a happy lot. They burst with energy and warmth. The are quite a happy people, and they love fun. Some even say that once an introvert goes to Brazil, he or she will become fun loving, overnight. I don’t know how true that is. You could go test it out. Kissing is a common greeting, even to strangers. So, don’t act shocked if a stranger kisses you in greeting. Be prepared to have an exciting cultural experience. 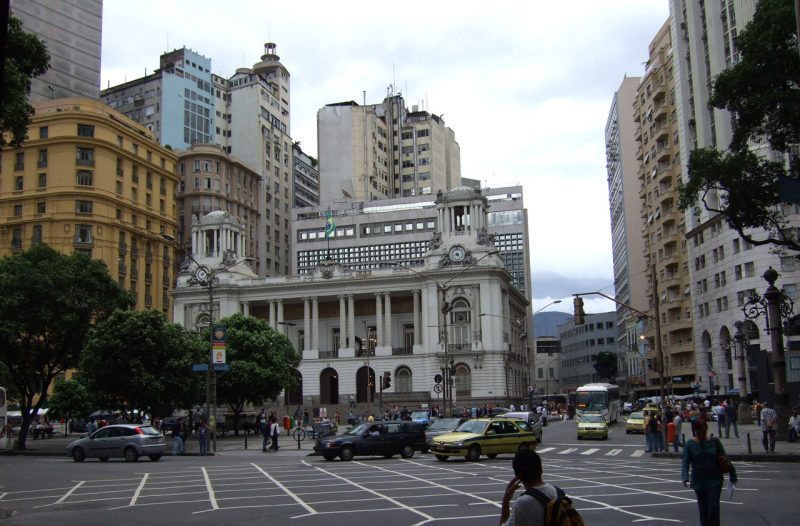 It is advisable not to flaunt your expensive stuff on the streets. You will be an easy target for the pickpockets. Some even joke that if you carry money with you, it will be much safer in your shoes. Try to blend in with the locals and don’t broadcast to the whole world that you are a tourist. If you happen to take a cab, choose one from a certified company. Take precaution in what you do and you will be safe. This is not to say that Brazil is a troubled nation, well, don’t try to stand out from the crowd, just blend in.

This is something you don’t see in many countries. In Brazil, the gap between the poor and the rich is so distinct to the extent that you can see the difference right in front of you. Finding favelas and billionaire mansions adjacent to each other is common. They are separated by a little fence or path. The favelas may not be very safe for tourists. It is recommended that if you are visiting, then you should have a known local with you, that is someone you know and would trust with your safety.

In brazilian portuguese you didn't say "perfect" you say "dinah jane" and I think that is beautiful pic.twitter.com/M8YNUpWb7Z

Be prepared to have loads of fun. Brazilians are a fun-loving people. They love their Caipirinha; this is their local brew. Parties are thrown even for the mildest reasons. If you are staying with a friend, chances are, you may be thrown a party. They love their guest and are warm towards them. The whole neighborhood will be, and many will want you to teach them some little English. Be ready to have a beneficial experience, not just about the Olympics but their culture and day to day lifestyle.

10 Things To Do in Macapa: Brazil