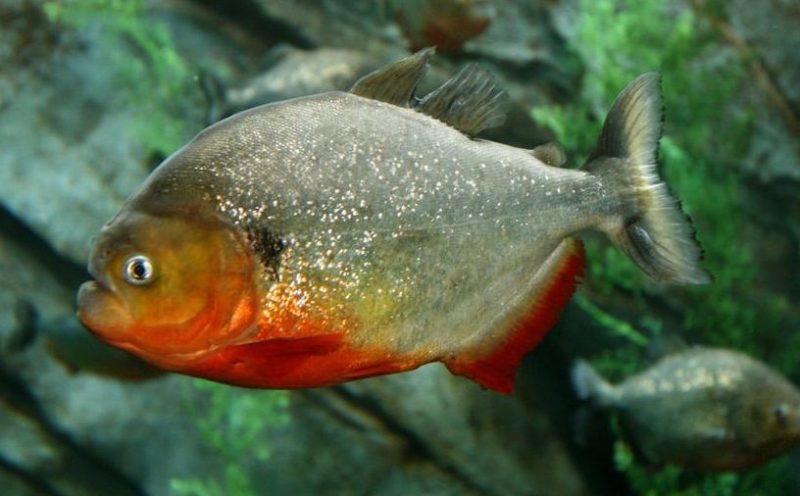 Piranhas are only so-called deadly sea creatures. They are fishes mostly found in the South American water bodies. They are fascinating creatures and probably the most misunderstood of their kind! 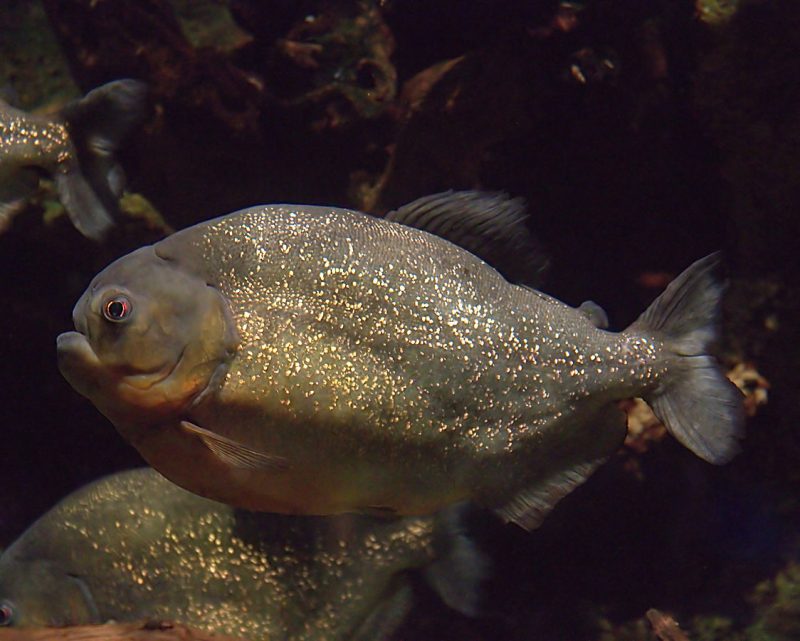 Piranhas come under the subfamily Serrasalminae. This subfamily is closely related to the omnivorous fishes like Pacus. Piranhas are mainly found in four true genera, Pristobrycon, Pygocentrus, Pygopristis, and Serrasalmus, traditionally because of their special teeth. The total number of species of piranhas is still contested and unknown. It is said that there may exist 30 to 60 different species with similarities and minute variations considered. 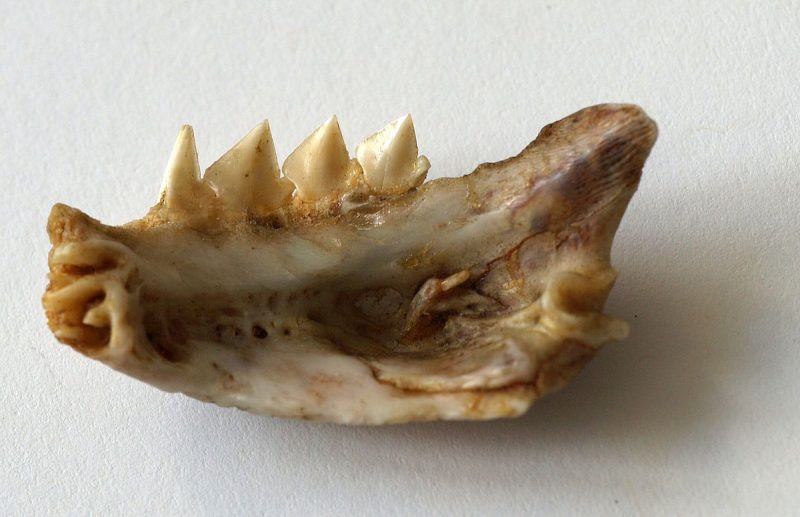 Mega piranha, a threatening ancestor of the now Piranhas is said to be the evolutionary foundation of these fishes. They were triple the size of modern piranhas and had much more menacing teeth. They too were found in the South American waters, the fossil of the upper jaw collected from Argentina, in the early 1900s. The modern piranhas are believed to have evolved from ancestors with two parallel set of teeth. The Mega piranha had two set of zigzag teeth, and the piranhas now have one row of interlocking teeth. The mega piranhas were thus an intermediate level in the evolution of piranhas today.

3. Where they are found 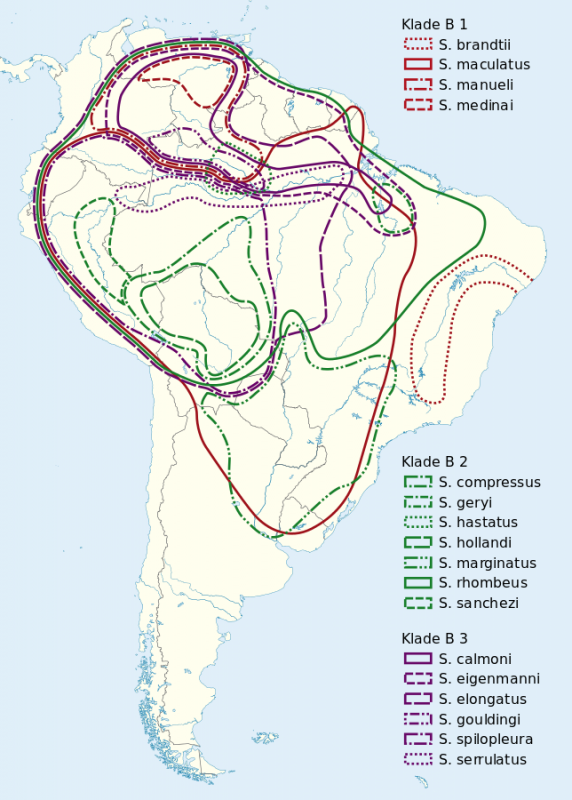 The piranhas are aborigines of the Amazon basin, in the Orinoco, the São Francisco River systems,  in the Paraguay-Paraná, and in rivers of the Guianas. There are said to be captured aquarium piranhas in thUnited States. However, they are frequently misunderstood red bellied pacu instead of red-bellied piranhas. Piranhas are surprisingly found far away from their original habitat, in the lakes of Bangladesh. It is sais that they may have been released in the lake by fish traders to avoid the anti-poaching forces. Piranhas are also seen in the Lijiang River of China.

Most piranhas are found in sizes 14 to 26 cm (5.5 to 10.2 in) long, hardly the size of a human palm. Although some specimens have been reported to be up to 43 cm (17 in) in length, which still doesn’t seem very menacing. The mega piranhas were said to be three times the size of modern piranha! 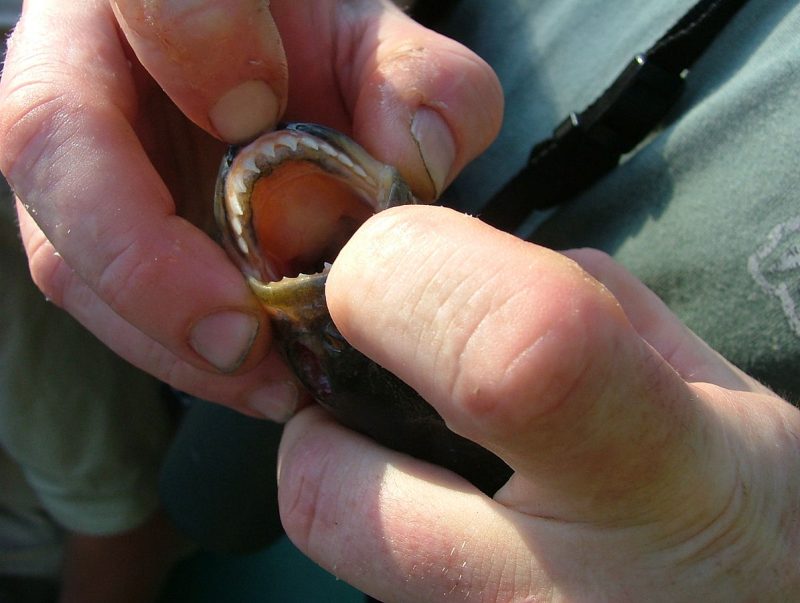 The piranhas are not as menacing as the fictitious versions. Though, they do bite with a force worth getting scared away from. The red eye piranhas, largest of its kind, is said to bite with a force of 72 pounds, which is three times its own weight. Mega piranha was still scarier, as they could bite 50 times their own weight which was already thrice the modern piranhas size. The Piranhas today, have sharp, razor-like triangular teeth and can bite flesh into shreds within seconds! 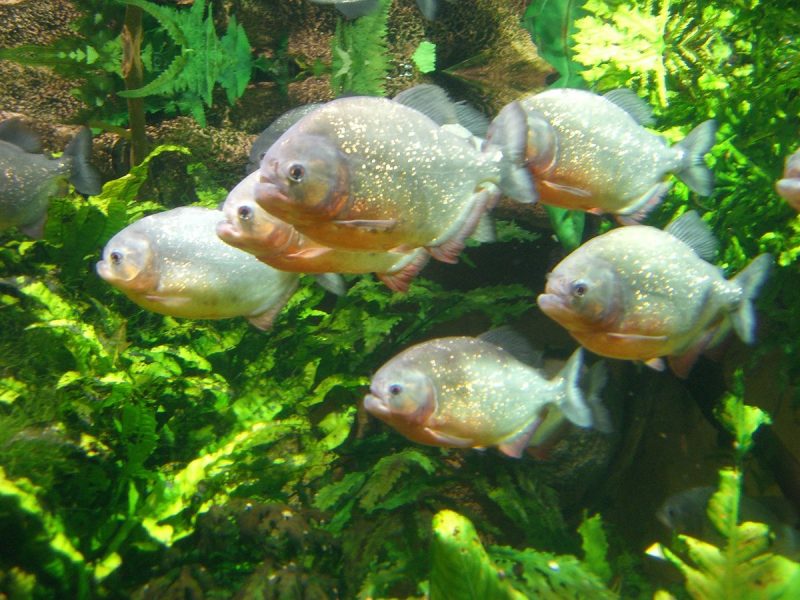 Piranhas, the “ferocious” predators as they are presumed to be, are known to hunt in groups called shoals. It is a belief among the people that they do this to increase the strength of the pack, but in fact, it was found, that the piranhas are usually found in groups for their own safety. Also, they are not apex predators. Piranhas are prey to caimans, birds, dolphins and other large fish. These amazing creatures lay eggs in pits while breeding and the young piranhas feed on zooplankton and then small fish once they grow big enough. 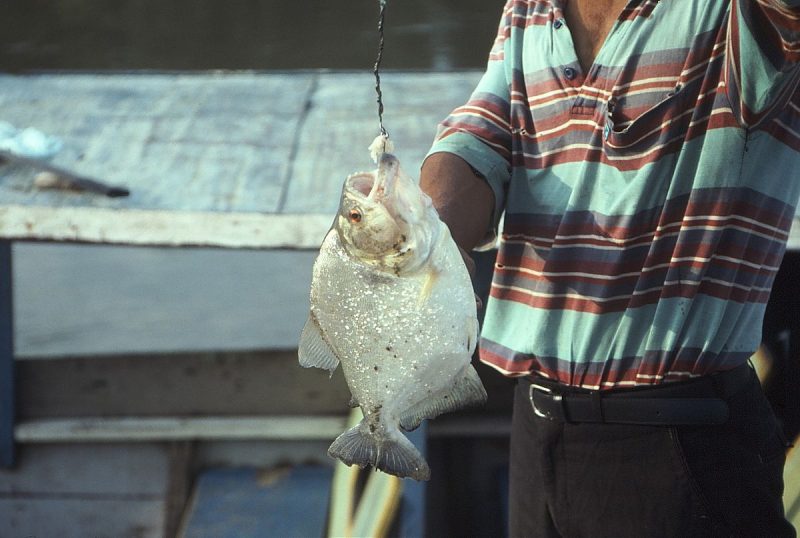 Piranhas are kept in aquariums, keep as pets, and also eaten as a delicacy. It is important to pet them alone in one tank since they can be a threat to the other fish in an aquarium. They can be bought as pets, but are illegal in some parts of US, Philippines, etc. Piranhas could be vegetarians as well as cannibals. they do feed on small fleshy parts of other animals, large or small.

Piranhas, the real ones, are said to attack only when they feel highly threatened or highly hungry. This is when the become more aggressive. South American swimmers have succeeded swimming in piranha-infested waters without losing a chunk of flesh. For fishermen, untangling a piranha from the net or hook is some job, because they bite once, but go for toes and feet. Piranhas are attracted to noise, splashing, and spilling of food, fish or blood into the water. Piranhas mistake the noise of splashing with the noise of food falling, and can be thus harmful. Also, piranhas can smell a drop of blood in 200 liters of water. 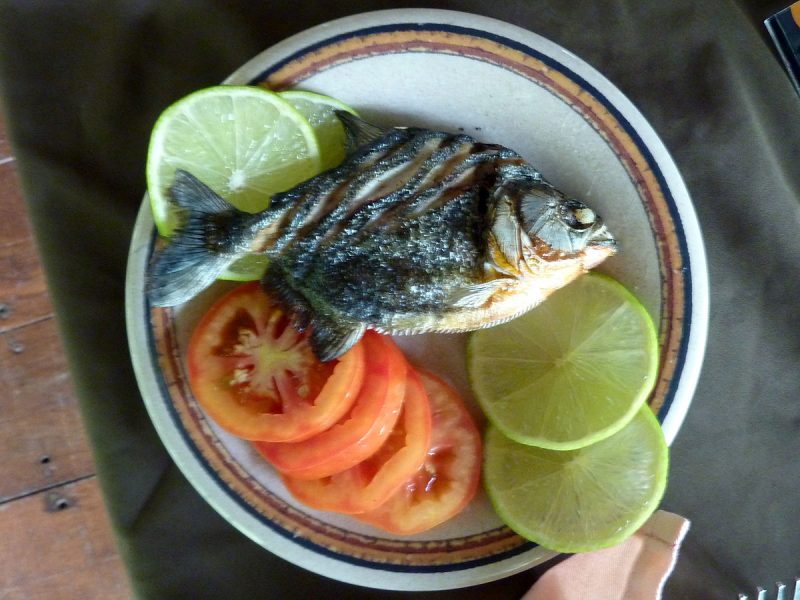 Piranhas taste best when grilled. They also make great garnishing in soup. In the amazon region, eating piranha is considered as a taboo, a cultural perception of predatory fish. Others may also consider it aphrodisiac. Piranha soup is famous in the Brazilian cities. Also, grilled piranhas are devoured on banana leaves with tomatoes and limes as a garnish! 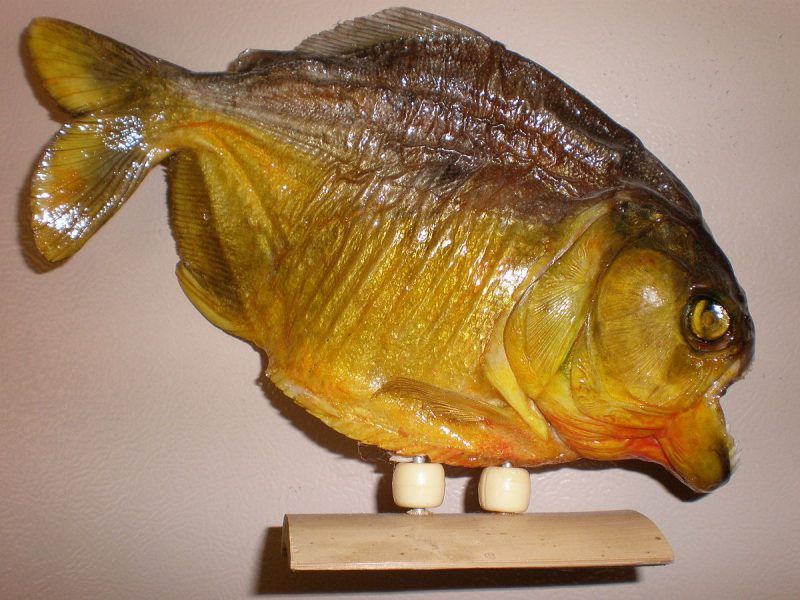 When it comes to the bad reputation of these fascinating creatures, one name remains persistent all around the world. The name being Theodore Roosevelt, American President in 1913 who wrote this book “Through the Brazilian Wilderness” which stated piranhas as ferocious animals. He insulted the creature further by quoting that even the most threatening fish like sharks feed on smaller fishes, but the piranhas attack things which are larger than themselves. Using the wildest of vocabulary, Teddy Roosevelt has thus ruined the image of these innocent creatures and made them evil for the world to know! In fact, according to Mental Floss, it is said that the fish were kept in a tank without food for days and then were fed a cow, which they devoured in mere seconds. This show put up by the locals, caused Roosevelt to write about their wilderness in his book.

Now that we do know, as multiple times mentioned here, that piranha are not deadly, ferocious or wild, but just innocent omnivores, let’s drop the evil image and myths regarding these amazing sea animals and instead enjoy a plate of grilled piranha or a bowl of fresh piranha soup!