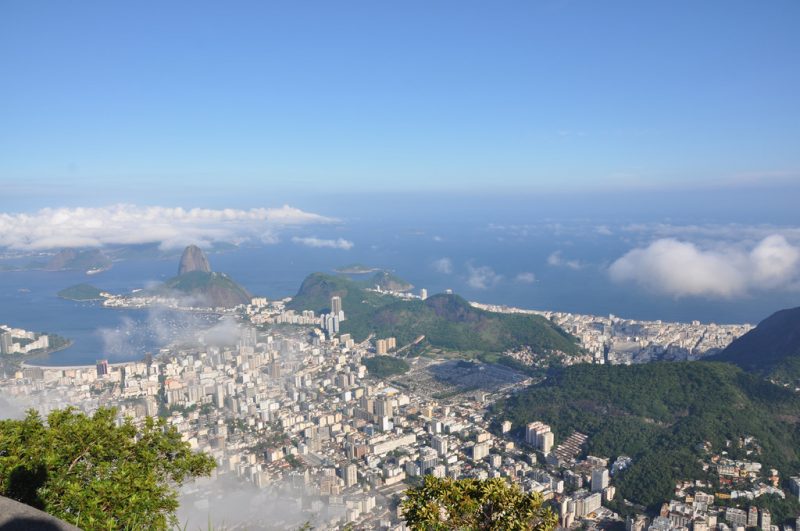 Rio De Janeiro, the second most populous city of Brazil, is the city of samba and carnival. The beauty of the city is defined by its beautiful landscape, warm-hearted people, unique culture, and way of living. There are many interesting things that you might not know about this city. 15 such interesting facts about Rio De Janeiro are listed below.

1. The Rio Carnival – Biggest in the World 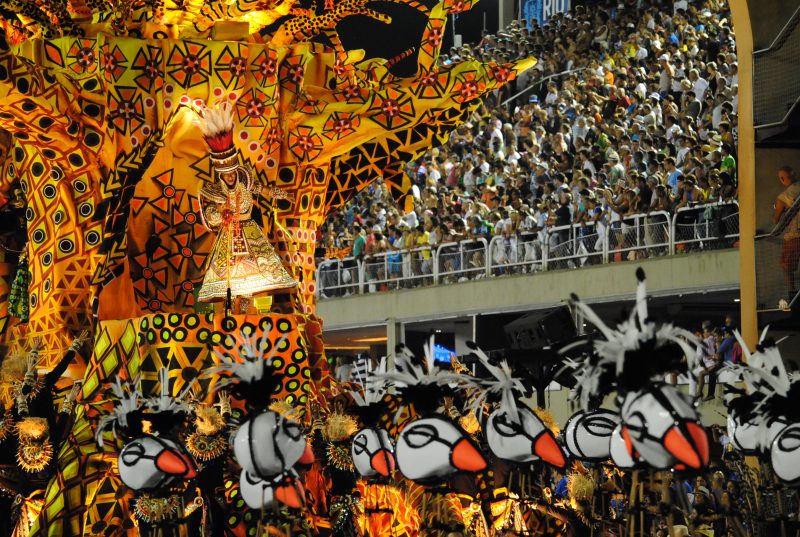 The famous carnival of Rio De Janeiro is the world’s biggest carnival. In 2004, a record 400,000 foreign visitors attended the party and made the carnival the biggest in the world according to Guinness Book of Records. Millions of foreigners and locals gather to watch the city explode with colors and energy. Hundreds of street parties in specific themes are arranged during the carnival, by samba groups. The best samba schools also take part in competitive parades.

The beginning of Rio Carnival is marked when the mayor gives the key of the city to King Momo on a Summer Friday. King Momo acts as the head of all festivities. Usually, a happy chubby person is chosen to be King Momo, who is dressed up in a cape and crown. The key to the city remains in King Momo’s possession until Ash Wednesday, when the party ends.

3. Home to One of World’s Seven Wonders 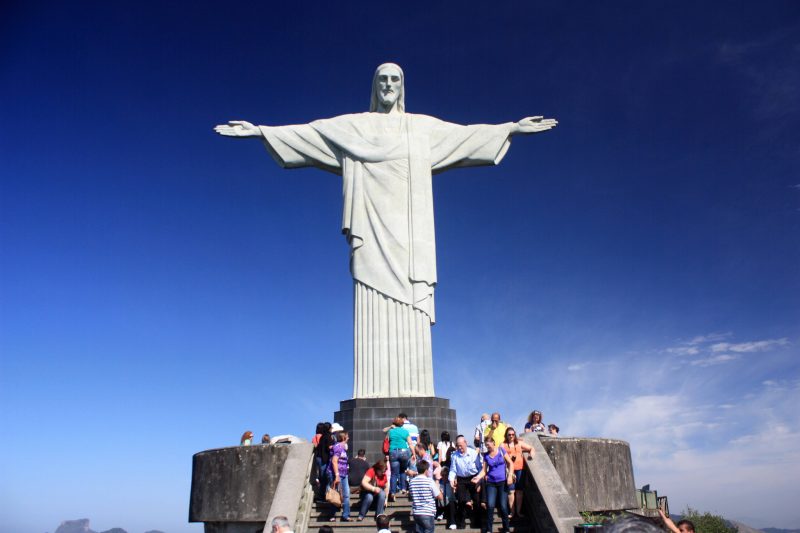 The statue of Christ the Redeemer was elected one of the new seven wonders of the world in 2007. The statue was inaugurated as a part of Rio’s 100th-anniversary celebration. The statue is 98-feet tall excluding the 26-feet pedestal and has 92-feet wide arms. This is the largest Art Deco statue in the world.

4. The Statue that Attracts Lightning 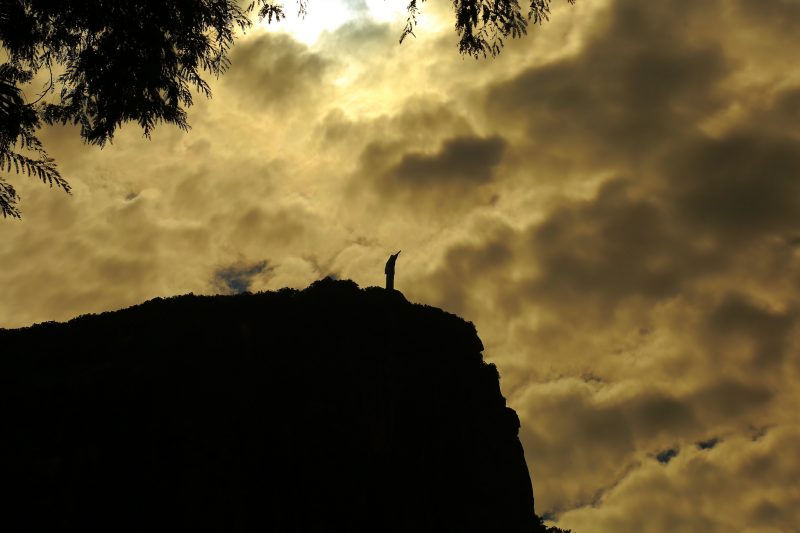 Brazil is an active area for lightning. This makes Rio’s famous 98-feet tall statue of Jesus Christ situated on top of Corcovado mountain, vulnerable. According to Brazillian Institute of Space Research, the statue gets 2-4 direct lightning hits every year. In a recent event, a piece of the statue’s right thumb broke off due to lightning and its head was damaged. 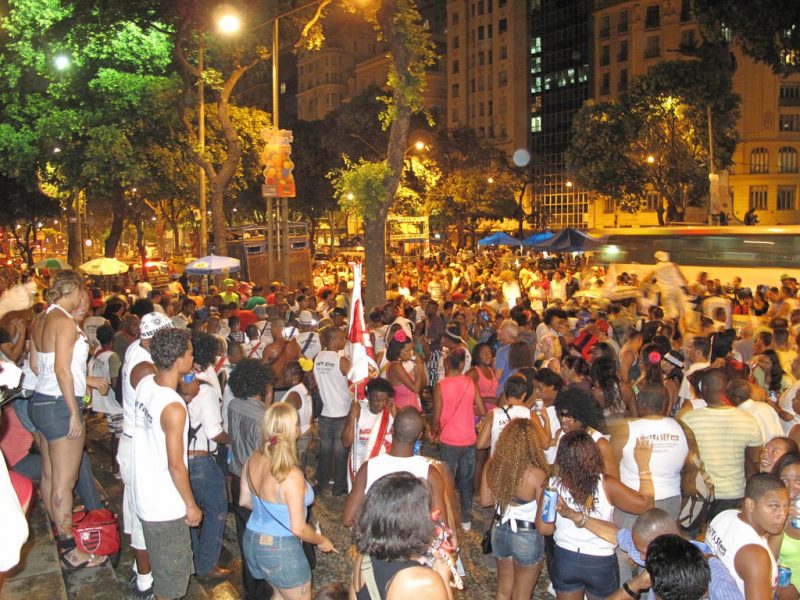 Rio’s locals are known as Carioca. This word is originated from Tupi-Guarani language. The word most probably comes from ‘Kari oka’ which means ‘white man’s house’. This is what Indians termed the city that the Portuguese colonizers were building in their land. There is, however, a different opinion regarding the etymology of the term carioca. Some say it is derived from acari, a fish with reflective scaled.

6. Rio – the River that does not Exist 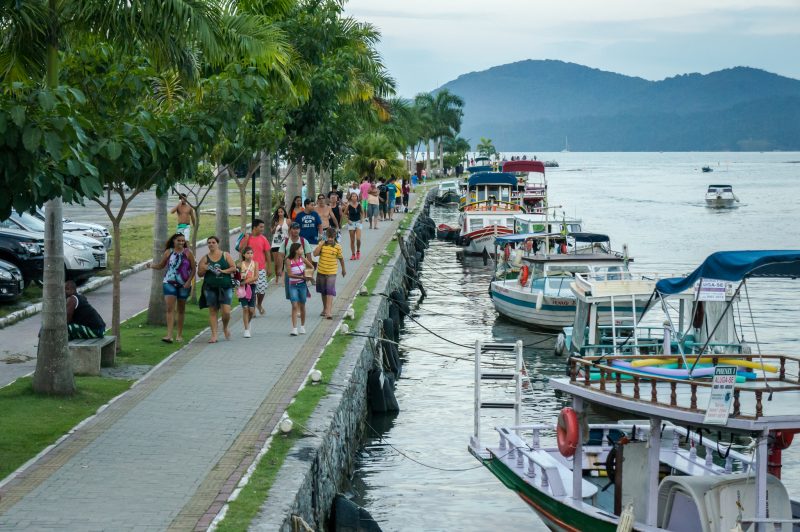 The name Rio de Janeiro translates to January River. However, the name does not refer to the 200 rivers running through the city. It is believed that, in January 1502, Portuguese explorers arrived in Rio for the first time and named the area Rio de Janeiro, mistaking the Guanabara Bay to be the mouth of a river. 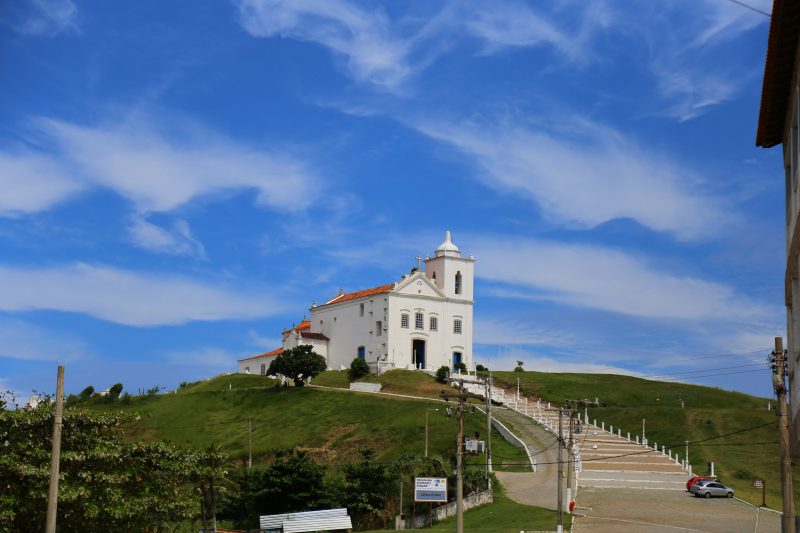 Based on a survey done in 2006, it is believed that Rio’s sky is the bluest in the whole world. Anya Hohnbaum visited 20 different destinations searching for world’s bluest sky. She used a special portable spectrometer developed by scientists at the British National Physical Laboratory for this purpose. The research indicated that indeed Rio’s sky is the bluest of them all. 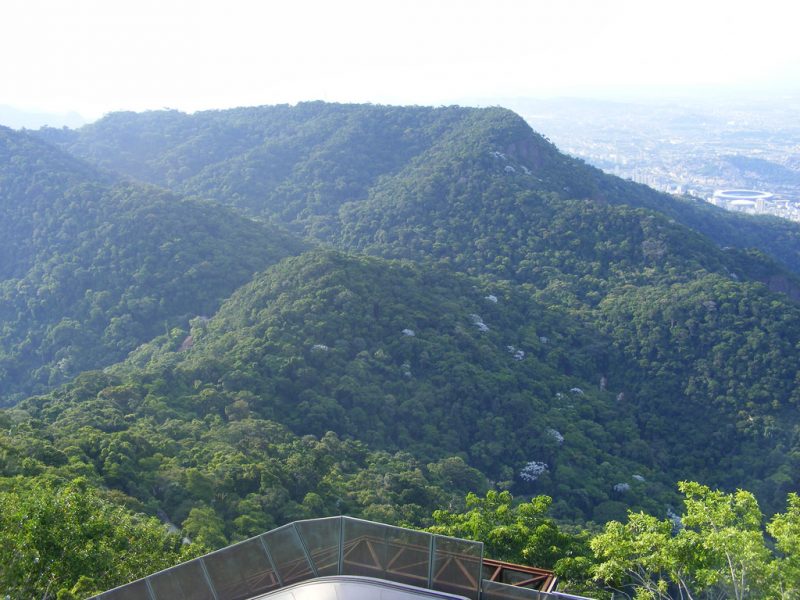 Floresta da Tijuca, the 33-square-kilometer conservation area, is the largest urban forest in the world. This forest is the result of reforestation done on the order of Brazil’s emperor Dom Pedro II. Few of Rio’s tourist-favorite spots are partly in the forest, including the Botanical Gardens, Parque Lage, and Corcovado Mountains. A major attraction of the forest is a waterfall situated there.

9. The City that was Held for Ransom Once 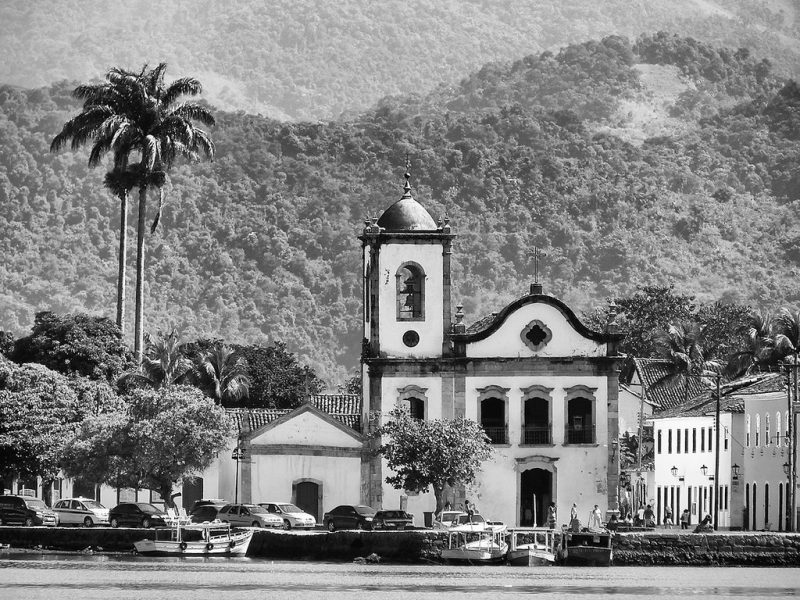 Gold was discovered in Brazil in the 1690s. Diamonds were also found only a few decades later. The lure of these riches made the French attack Rio and took control of it from the Portuguese. Later, Portuguese governor Francisco de Castro Morais negotiated Rio back by offering 612,000 gold cruzados and 100 chests of sugar.

10. Capital of Brazil for Two Centuries 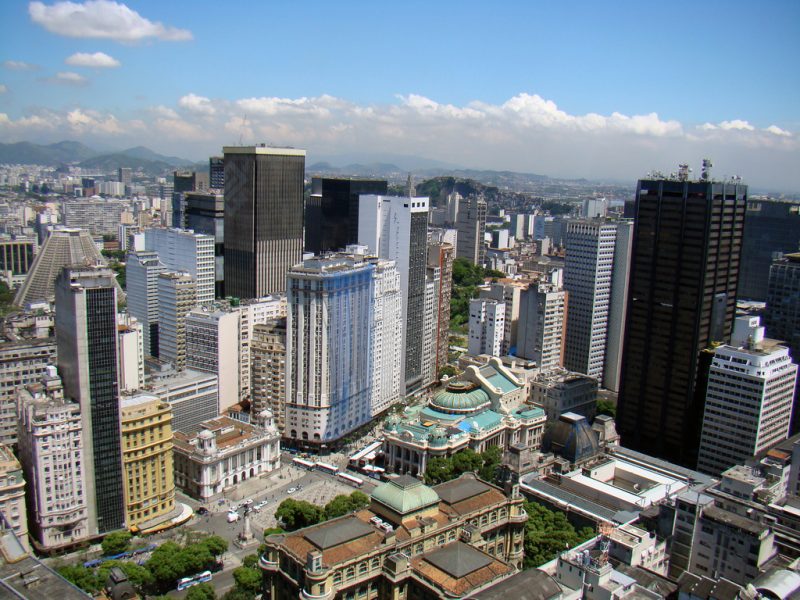 Rio de Janeiro was Brazil’s capital city from 1763 to 1960. It replaced Salvador to become the capital and was later replaced by Brasilia. It also served as the capital of the Portuguese empire from 1815. It remained s until 1822 when Brazil’s independence was announced. During that time, it was the only European capital outside Europe. 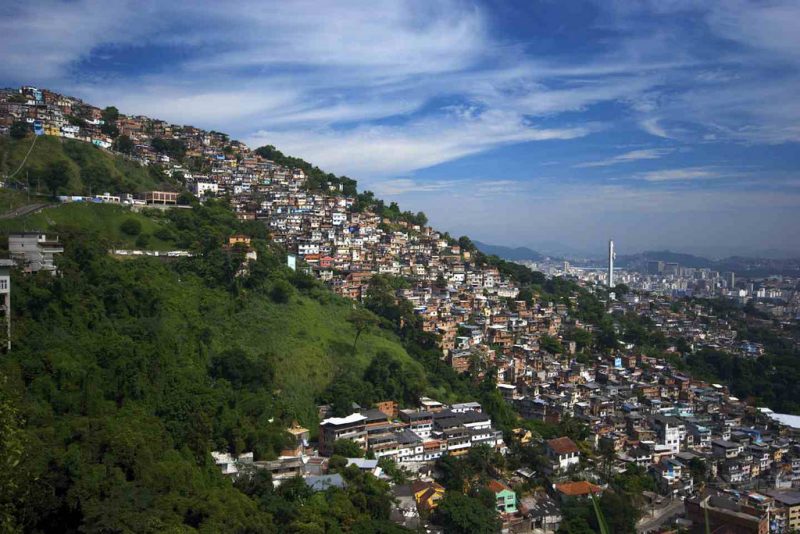 Rio is home to thousands of favelas. Favelas refer to cheap accommodation or slums of the city, where about one-fourth of the local population reside. The favelas were first built by destitute soldiers near the end of the 19th century. Now the favelas have their own culture and lifestyle, for example, popular dance form Samba was originated here. 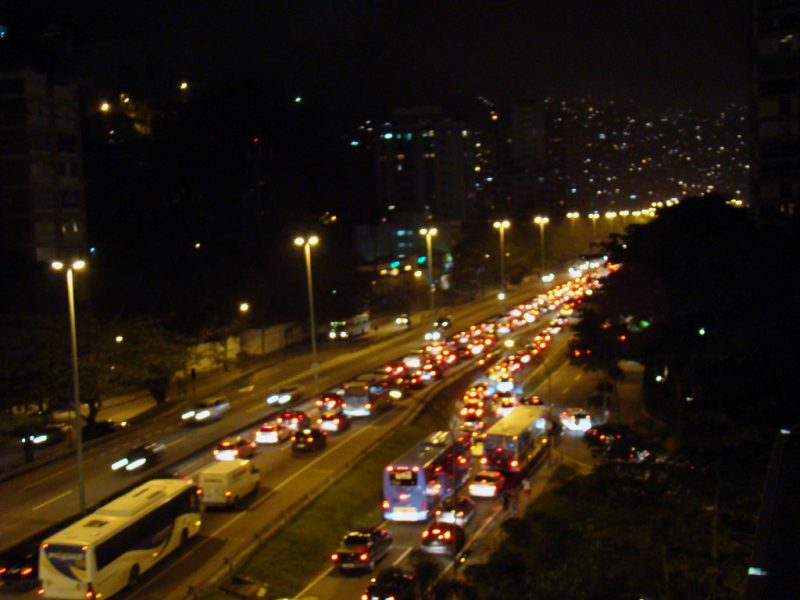 Rio de Janeiro faces heavy traffic jam at times, especially during evening hours. Commuting from one place to another becomes hard due to excess traffic. This is mainly due to the increasing number of vehicles in the city resulted from economical growth. 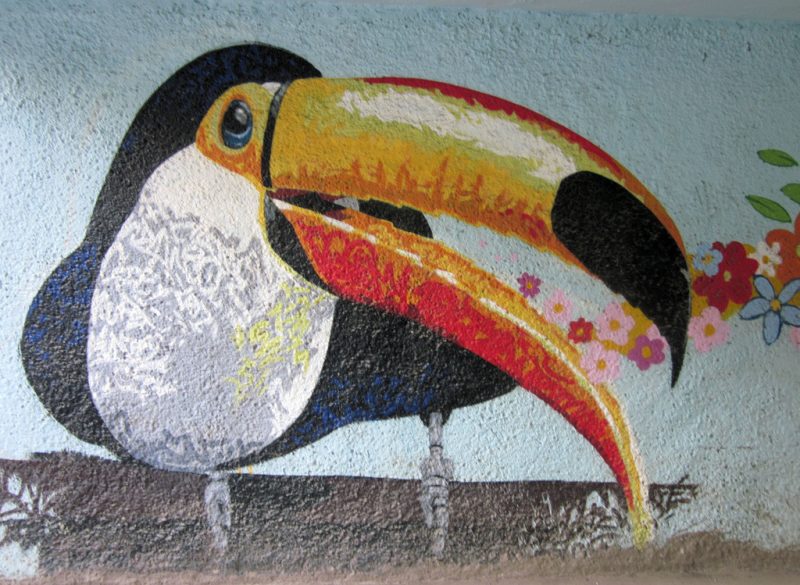 Street art is legalized on various city property since 2014 in Rio de Janeiro. This turned the city into an outdoor art gallery. Columns, walls, and construction siding are allowed surfaces for street art, excluding establishments with historical designation. The city celebrates Graffiti Day on March 27. 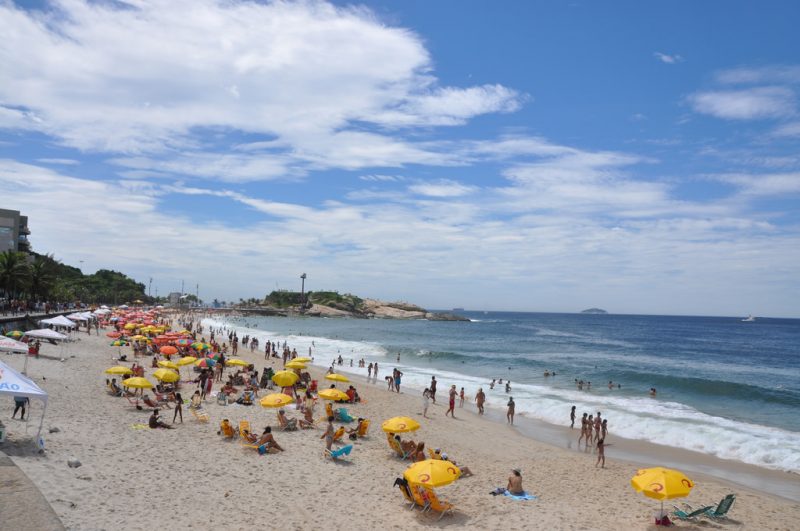 Rio de Janeiro is one of the leading tourist attraction in the world. Natural beauty, lovely beaches, and vibrant nightlife – the city offers all. Rio received 1.61 million tourists in 2010 according to the Brazilian Tourism Board and generated more than a billion USD in revenue. 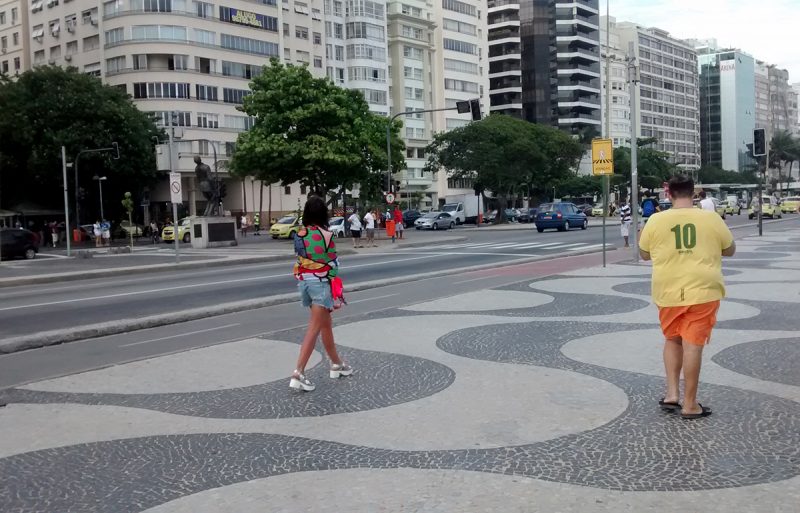 Many sidewalks of the city are decorated with stone mosaic, following the Portuguese norm. For example, the Copacabana beach sidewalk has bold abstract waves designed by Roberto Burle Marx. The city installed dozens of QR codes into the mosaics at Copacabana and some other places to provide visitors with appropriate tourist information.

The lively city of Rio de Janeiro is full of life, color and festivities. The rich history and cultural uniqueness add to the natural beauty of the place.
Have a good trip and travel!