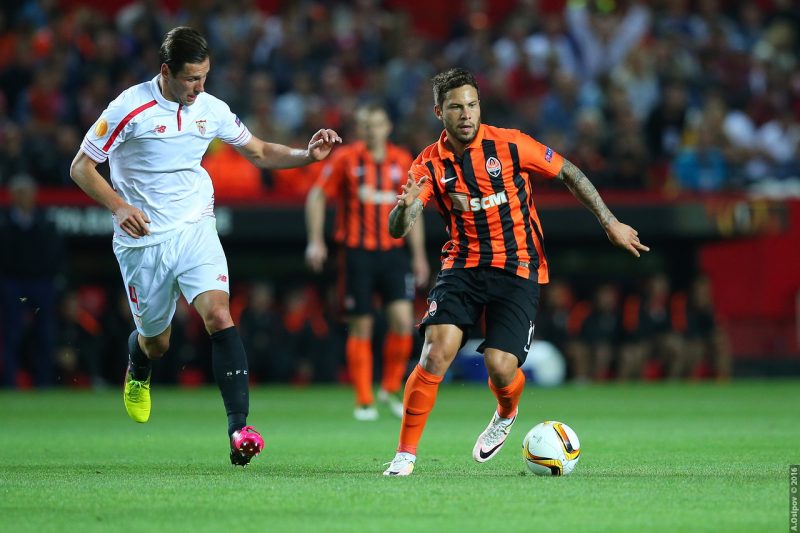 Soccer is very famous as a religion in Spain. It’s more exact to say that religion is like football in Spain, a way to describe how the Spanish love soccer. Once upon a time people do the church’s activity on weekends, nowadays, they watching football games during nights on Sunday.

Spain announce first opponents for their yet-to-be-named new coach….should be a tasty one! https://t.co/ca9psxZFVQ pic.twitter.com/v4kyLqYw0R

Spain is popular for its great soccer history, just standing below England and Italy. Every city of Spain has a football team and pitch, indoor football and sports centers around the country. Real Madrid and FC Barcelona are two of the most successful football teams over the world. Spanish kids learn to play soccer often when they can walk. They can join to the football schools from an early age. In Spain, it’s not expensive to buy tickets for seeing live football games, however seeing matches in bars is also an exciting option on every Sunday and Saturday.

There are four professional leagues of Spanish football. Besides that, the relegation and promotion take place at the end of every season. Those seasons run from the middle of September to the middle of May. Throughout this period, you can see over hundred professional games starting across the country on every Saturday and Sunday.

Ricardo Rodriguez: "There are many big clubs. The English clubs have a lot of money, Spain is a great league." pic.twitter.com/uOuSl8lhOc

Main games are Real Madrid and Barcelona, which plays twice a year and is the best favorite national game of the year; the Seville Derby, which includes Sevilla and Real Betis and attracts average attendances of over fifty thousand; the Galicia Derby, and all matches between Real Madrid and Atletico Madrid. If you want to see games, you should remember the start times that are released a weed in advance. Bars will stick the timetable on their windows so you can notice it.

El Clásico is the name of the match between two largest soccer club in Spain, Real Madrid, and FC Barcelona. The rivalry origins from both clubs are the two biggest cities of Spain and sometimes they are defined as opposing political sides. Real Madrid is a represent of Spanish nationalism while Barcelona is a represent of Catalan nationalism. Those clubs are two of the most successful and richest football clubs in the world as well as the most followed sports teams on social media. Thus, the rivalry is known as one of the largest in world sport.

If one player enclosed the rivalry between FC Barcelona and Real Madrid, it would be Luis Figo. In the late nineties, he got five successful years with FC Barcelona however in 2000 he transferred to Real Madrid. Just after night, he was the most hated player in Barcelona but a Madrid hero. Even after he won several league titles with Real Madrid and returned to Barcelona, he also couldn’t gain the love of Barcelona’s fans again. Then Figo became the most offensive player in La Liga history.

You will see matches among Spanish soccer teams at four times a week throughout the football season from late August to May. These are Saturday One La Liga game on every Saturday, the rest of national games on every Sunday, Champions League games on Tuesday and Wednesday, and UEFA Cup games on Thursday.

7. Watching a Game in Barcelona

There are various bars in Barcelona where you can enjoy exciting soccer games through high-quality screens. One of them is Bar Salvador near Santa Maria del Mal Church, which supports the international feel, Premiership games, rugby games and imported beers. Other places you can see English-speaking soccer fans are traditional Irish bars, George Payne in Plaça Urquinoana and Dunne’s on Via Layetana. If you like local games and want to see free live football, you can go to FC Barceloneta’s stadium in the center of the city.

8. Watching a Game in Madrid

Residents in Madrid is very excited about football so that you can easily enjoy their passion for beautiful games. There are many sports bars where you can watch the amazing football culture of this country. Some favorite places are Plaza de Santa Ana and Puerta del Sol; however, you can watch soccer games in any place throughout Madrid. Their equipment ranges from giant HD screens to 3D screens for everyone to join the games.

Next Spain manager: Who do La Roja turn to with Del Bosque bowing out? #Sport7 https://t.co/r2zao5Ewdl pic.twitter.com/jZtEj9bW3u

Gambling on soccer is also famous and is run by a professional system named the Quiniela. Spanish football stayed in the worst periods in history because of the financial debt. Like Italian clubs and British Premiership, Spanish teams have almost solved problems through televised football matches. Top teams are Valencia, Real Sociedad, and Deportivo La Coruna. During the recent games, Spanish football is renowned for talented players and attacking styles.

The distinctive style of Spanish football is tiki-taka, which consists short passes, directing the ball through different channels, and maintaining possession. This technique works out of the midfield with a Busquets-Xavi-Iniesta trident from the center of it all. Many people consider this method to be the main reason for the Spanish team’s success in the latest matches.