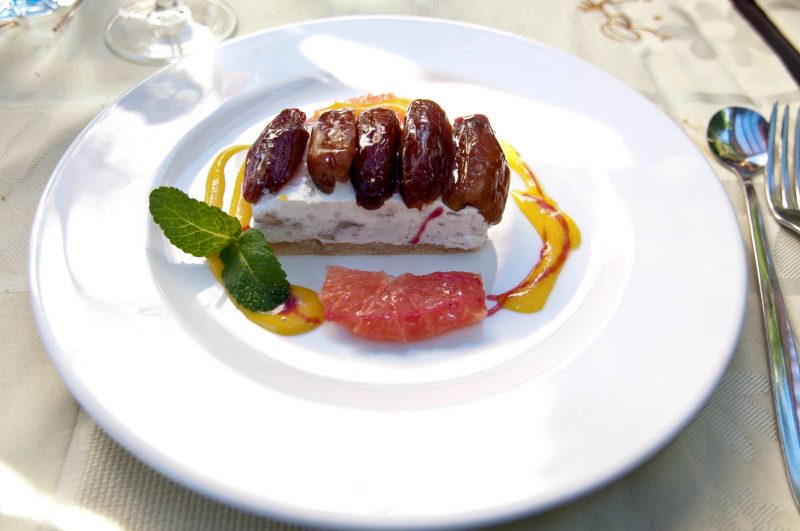 Morocco is a country of the sweet tooth, where the people are passionate about all things sweet. Sweets in Morocco comes in all shapes and forms and are made with utmost care for special occasions. To satisfy the sweet tooth cravings of the people, Morocco resort to all kinds of fruits and delicacies, and dried fruits are a Moroccan specialty. What could be the best way to understand the culture of Morocco than indulging in their culinary culture? 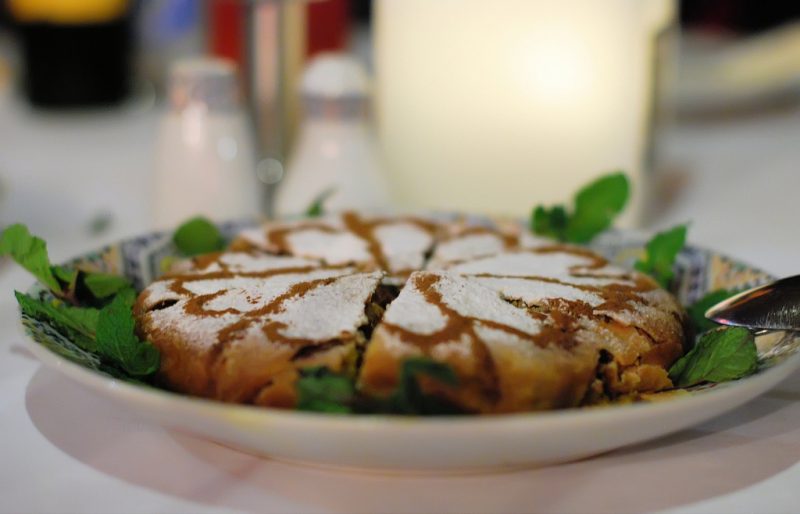 A traditional Arab-Andalusian delight made with pigeon, the B’Stilla represents the pinnacle of exquisite Fassi cuisine. This sweet, savory Moroccan pie enriched with scrambled eggs and decorated with almonds, cinnamon, and sugar, is often served at weddings and other occasions. The idea of meat mixed with spices and wrapped in a pastry was brought to Morocco by the Arabs from the Middle East.

Also known as the snake pie, this Moroccan delicacy owes its name to a traditional coiling pastry-wrapped almond paste into a serpent-like shape. These almond-paste sweets are always part of the menu for every special occasion in Morocco. The orange-flower water and the cinnamon touch is very North African, revealing the Persian influences. 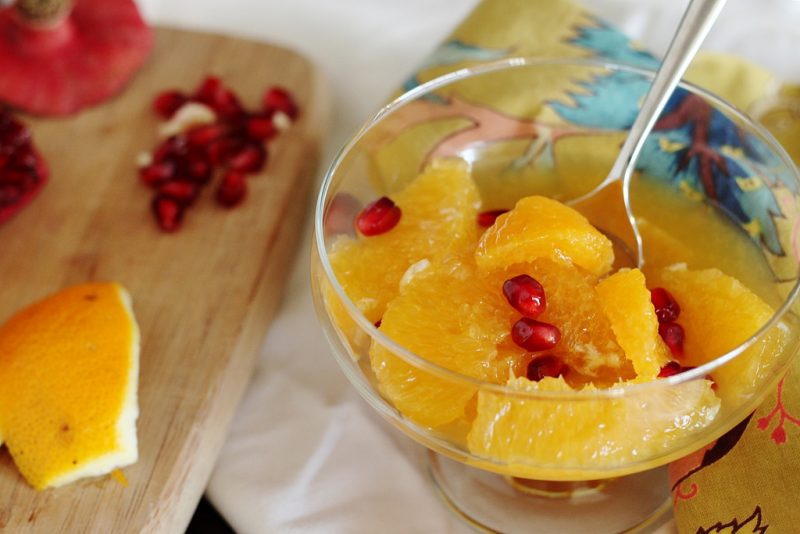 Quick and easy to prepare, this traditional Moroccan dessert is made with oranges, orange flower water, and cinnamon. It is served in almost every restaurant in Morocco as refreshment to end a meal, and the combination of cinnamon and fruits make it a fine delicacy completed with subtle flavors.

Amlou is a popular yet delicious Moroccan dip made from toasted almonds, argan oil and honey with a buttery texture similar to that of peanut butter. This is a specialty of the South Morocco where it is usually served as a dip or spread for breakfast or over the afternoon tea with pancakes and pastries. 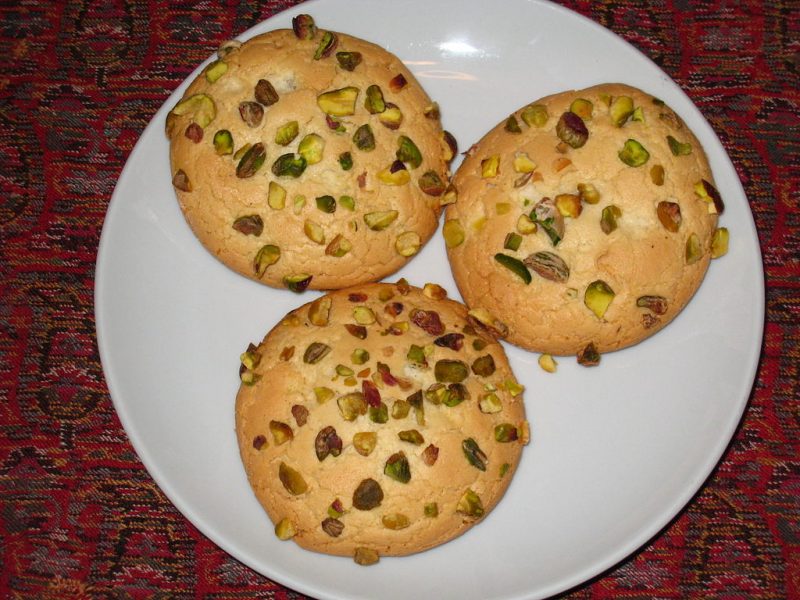 These delicious round cookies, with a crispy crust and chewy interior, taste very much like the Scottish Shortbread cookies, but with a fine crunchy texture. Ghoribas are made with a combination of lemon, orange zest, cinnamon, almonds, orange blossom water, along with other ingredients. These are usually served with the popular Moroccan Mint Tea.

These delightful snack cookies are one of the people favorites in Morocco and are prepared in a manner similar to that of twice-baked biscotti – they taste equally delicious and are quite addictive. On the contrary, the savory version is usually baked once after being sliced into small even rounds. Fekkas go well with milk, tea or coffee as fine refreshment.

These traditional Moroccan cookies are shaped into piped sticks using a wide fluted tip attached to a meat grinder, or sometimes a cookies press or a pastry can be used. This chocolate coated biscuit makes for a perfect snack treat, especially the ones dipped in chocolate at both the ends. 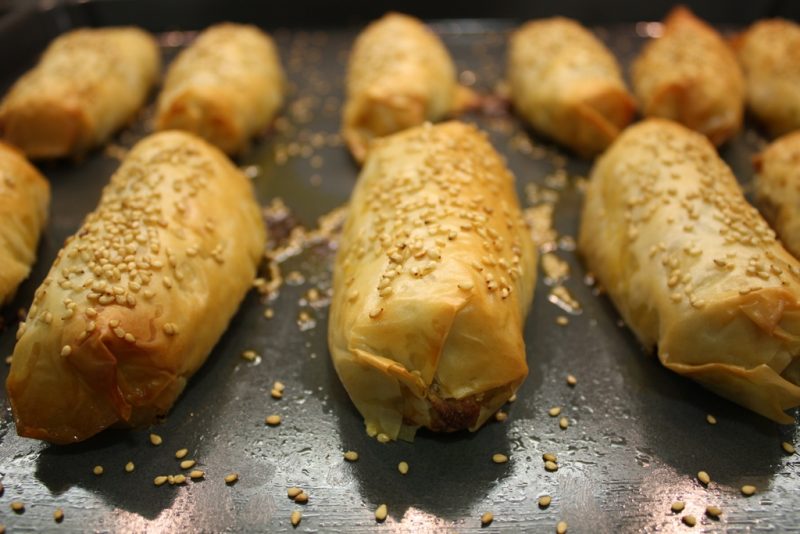 A popular and delicious pastry filled with almond paste and flavored with cinnamon and orange blossom water – Briouats are a great Moroccan dessert served at special occasions and casual tea times. The almond paste is rolled inside the filo pastry sheet and then deep-fried and dipped in honey for a distinctive flavor.

Chebakia is one of the most popular sweets in Morocco, commonly served during the holy month of Ramadan along with the popular Moroccan tomato soup, Harira. These delicious sesame cookies can be found in street stalls throughout the country. This Moroccan delight resembles a rose, deep fried, then coated with honey and sesame seeds. 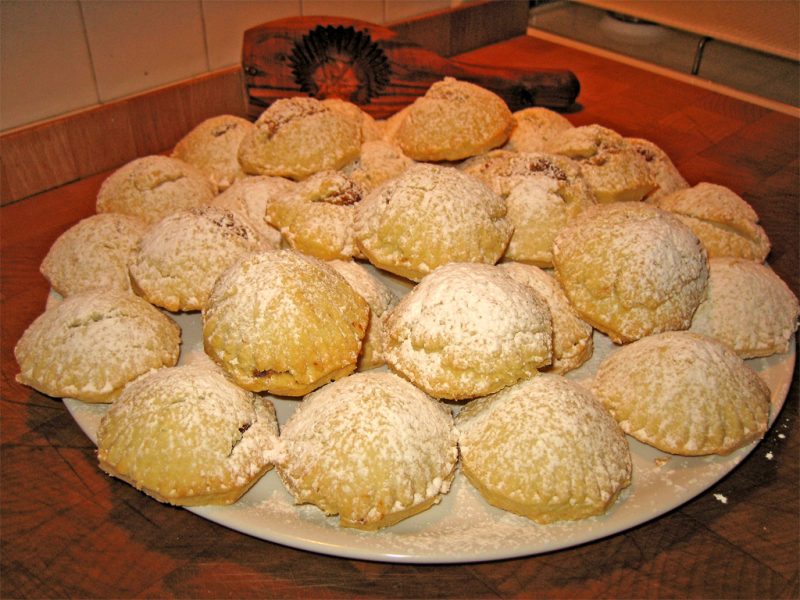 Maamouls are small shortbread cookies traditionally filled with pistachio, walnuts, raisins or dates. They are popular in Levantine cuisine, especially eaten during the month of Ramadan, however, they can be found in bakeries and eateries all-year-round. The whole literally melts in your mouth playing a harmony of texture and flavors.