Casablanca is Morocco’s biggest city. It is located in the central-western part of the country on the Atlantic Ocean. It is also one of the largest and most important cities in Africa, both in terms of economy and economically and demographics. It is also Morocco’s main port and one of the biggest financial centers in Africa.

1. Directly over the Atlantic Ocean 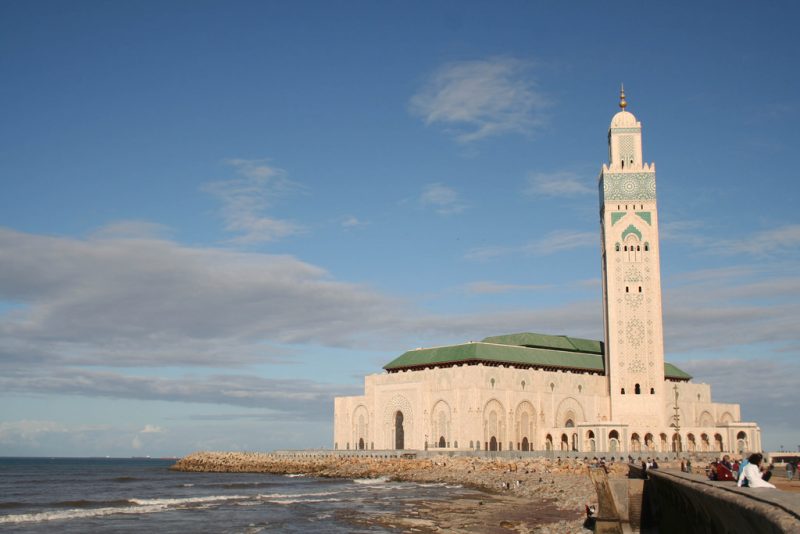 Casablanca Mosque is a favorite tourist spot for prayer and meditation because of its excellent architectural and structural design. It is located on a promontory overlooking the Atlantic Ocean, which gives worshipers outside the mosque a really good view of the ocean. Contrary to some articles though, the place has no glass floor looking into the sea.

2. 13th largest mosque in the world 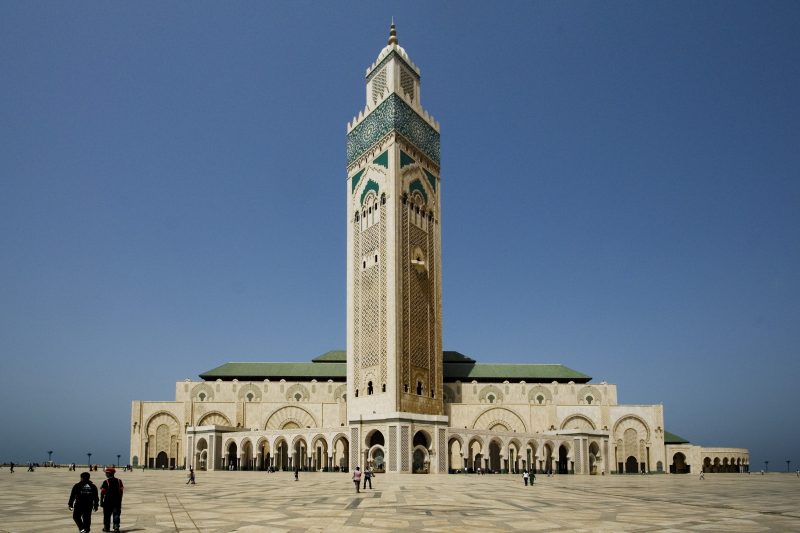 The Casablanca Mosque is the 13th largest mosque in the world and the biggest in Morocco. The place can accommodate 105,000 worshipers at any given time — 25,000 inside can fit the mosque hall and another 80,000 on the mosque’s outside grounds. Most people visit the place to pray or meditate. 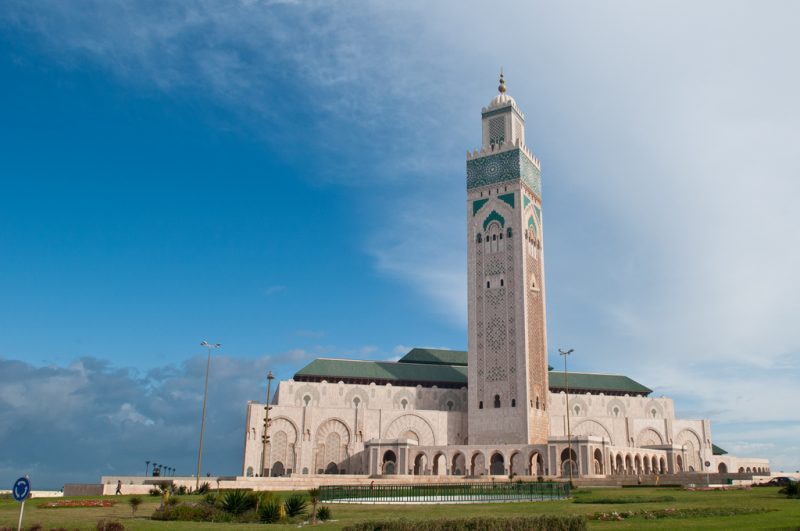 Casablanca Mosque has the world tallest minaret at 210 meters (689 ft). A minaret, which is also known as Goldaste, is a unique architectural structure similar to a tower and normally found next to mosques. Casablanca Mosque’s minaret is 60 stories in height topped by a laser, the light from which is directed towards Mecca. 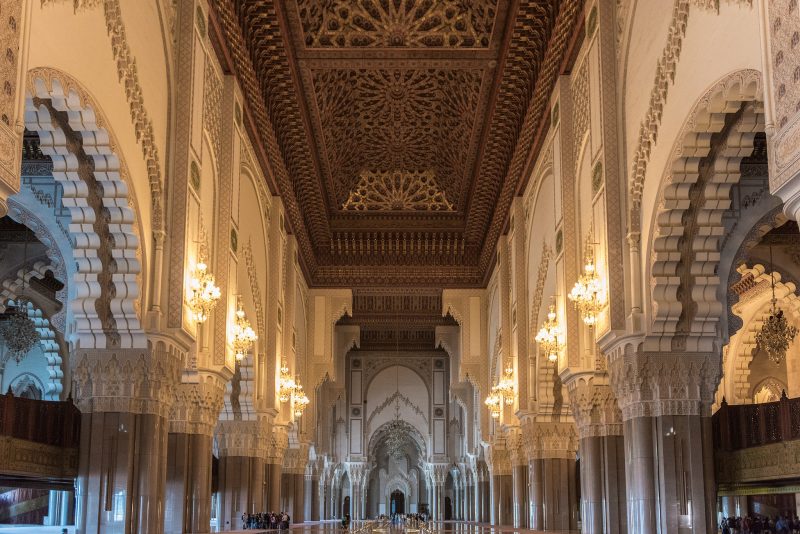 The construction of Casablanca Mosque started on July 12, 1986, but was only completed and inaugurated in 1993. At the peak of its construction, 2,500 men worked on its construction — 1400 men during the day and another 1100 at night. Based on the record, a total of 10,000 craftsmen and artists took part in building and beautifying the mosque.

5. Twelve million people donated to have it built 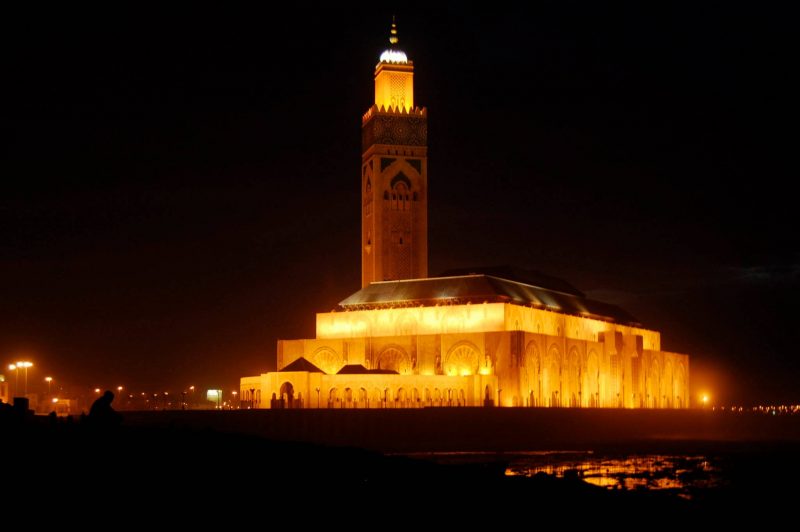 The estimated cost of Casablanca Mosque is said to be around 585 million euros. It became a topic of discussion given the status of Morocco as a lower mid-income country. However, it had been reported that twelve million people donated to have the mosque built. The smallest reported donation was 5 DH. Each donor was given a receipt and a certificate. 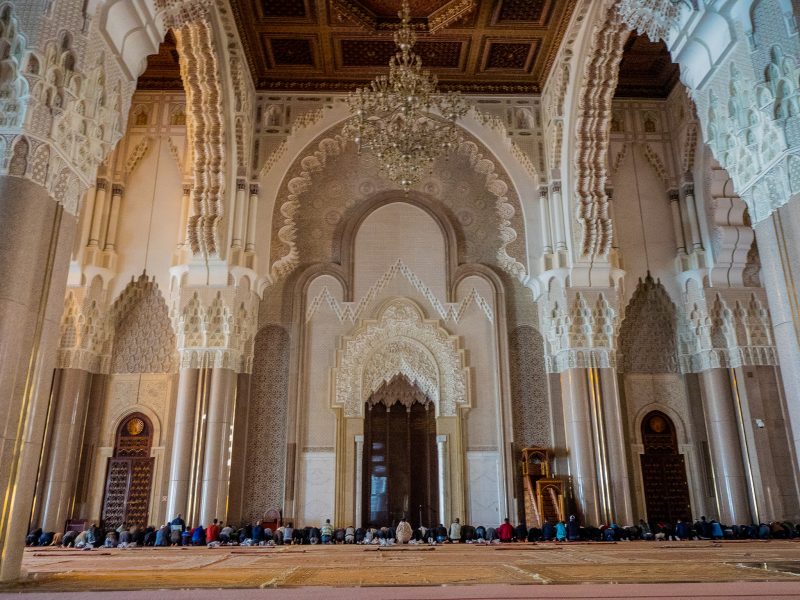 Casablanca Mosque is the only mosque in Morocco that allows non-Muslim visitors. It offers guided tours for non-Muslims, which includes a visit to the retractable roof, Turkish bath, and prayer halls. The tour, though limited, will allow non-Muslim visitors to appreciate the architectural prowess and decorative works the place is known for. 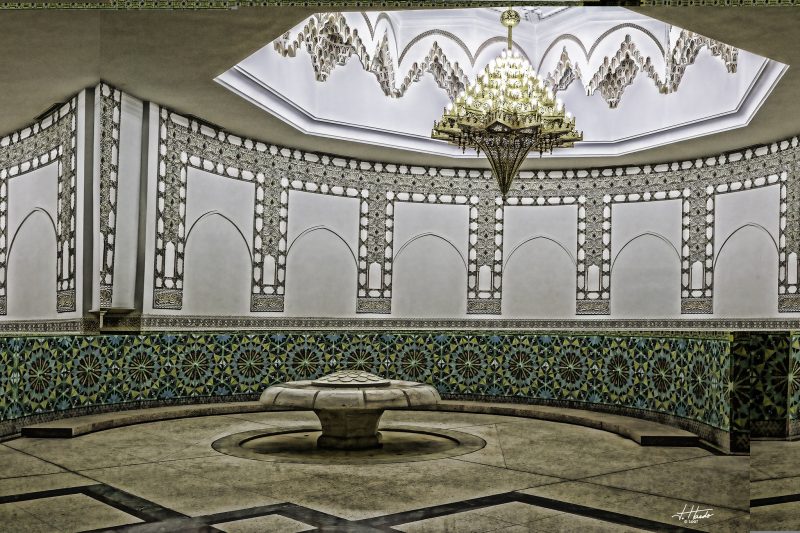 Casablanca Mosque was designed by Michel Pinseau and built by Bouygues. The construction costs were reported to have reached around 585 million euros. The funds came from donations of twelve million people. The place blends Islamic architecture and Moroccan elements, and reflects Moorish influences, while featuring an urban design.