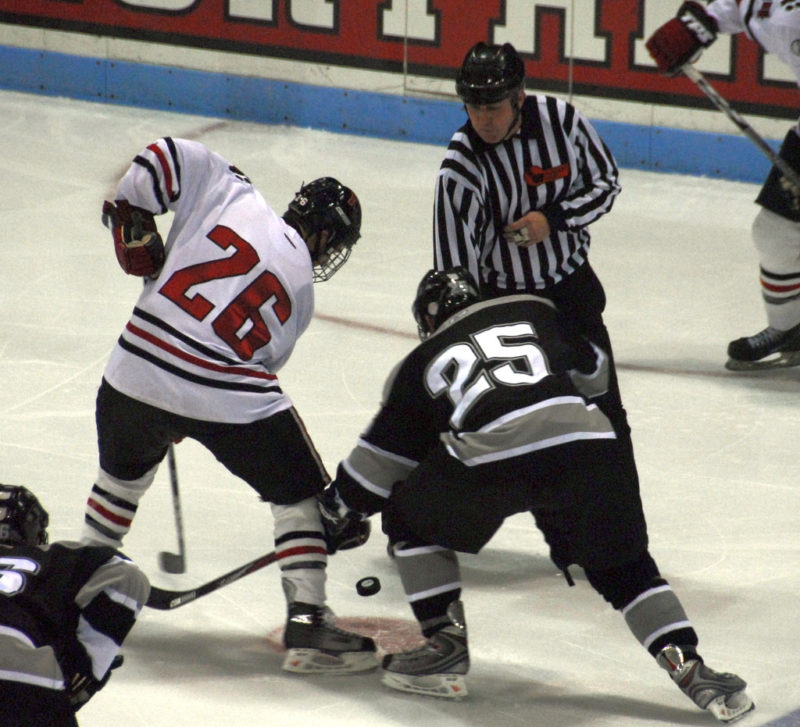 What makes the city of Stockton, CA noteworthy in the sports arena is the city’s professional hockey team, the Stockton Heat. The dedication to the team and the sport has brought everyone from all ages to appreciate the game. If you happen to be a fan of hockey or if you simply want to hang out with your friends and family, head to the Stockton Arena and catch the Stockton Heat in action.

Here are some things to know about the Stockton Heat:

Previously known as ECHL’s The Stockton Thunder, Stockton Heat is an American Hockey League (AHL). They are an affiliate of Calgary Flames a bigger league of the NHL. After purchasing the team from New York by the Calgary Flames in 1993, they relocated in Stockton, CA and made the Stockton Arena their home. The franchise has existed from 1977 to the present with many changes and moves over the years. Stockton Heat started playing in the 2015-16 season ready to fire up for some wins.

Practice makes perfect they say and to be a part of a professional hockey team like the Heat then that means they train. Due to the rough nature of hockey, it is important to have the players in top physical condition. The team attends training camps with on and off ice training to keep players at a top fitness level to endure the wave of injuries that follow. Among the most common injuries include concussions, knee and shoulder damage, laceration and some broken bones. After all, it is not a tickling match.

Taking part in many charitable events around Stockton, the team embarks on making their community a happier place. Stockton Heat is big in community service. Looking to thrill fans, the team has events that involve the audience during a game night. They also have the Stockton Heat Fundraising program where a series of charitable events is scheduled. This team surely makes a presence, whether by building houses with the Habitat for Humanity or just by simply strolling around town to kick back and talk to their fans.

With the new team comes new venues, the first outdoor game was held on Dec 18, 2015. The West Coast AHL held the event at Raley Field in Sacramento. Where the Heat goes, the fans will follow. Check schedules for away game and outdoor venues. If you are not traveling to see the Stockton Heat, then you can catch them here at home in the Stockton Arena, where they love the hometown advantage and their cheering fans. You can also follow this league via online streaming on AHL Live and listen to a play-by-play broadcast of their games through the iHeartRadio.

Fans of the Stockton heat grow as many follow AHL. Tickets as well as memorabilia items are selling like pancakes. FanAttic, the official merchandise store of the team, features Jersey tees, caps and other keepsakes from the team. You can call +209-373-1675. You can also choose tickets that are sold by piece or by the package. You can get better group rates for the full season, and package tickets. If you are also looking to promote a business or merchandise, this team and the arena are open to sponsorships. Please inquire to see the available signage spaces.

Fans talk about popular events during a big game. The Teddy Bear Toss and Paint the Ice is a big hit among the audience. Teddy Bear Toss happens when a player gets the goal. The view is spectacular as waves of teddy bears are tossed into the arena as fans cheer and celebrate. This event is not just about fun, it is also about a cause. The players gather the teddy bears and send the toys to charity. Paint the Ice opens the rink to kids and kids at heart for some painting on the ice. They get to interact with the players and play with Frankie the Bird, the team’s mascot.

7. The Force Behind The Heat

The team is new to the area. The players are both local and foreign but what started the team to belong in Stockton is by involving themselves with the community. First, they held the ‘Name the Team Contest’ and the name ‘Heat’ coined by Daniel Harms won. Aside from that, a series of charitable activities and their commitment to the youth hockey leagues and schools won the fans over. Behind the scenes, they are lead by decorated coaches in hockey, Head coach Ryan Huska, assistant coaches Todd Miller and Domenic Pittis.

The hockey flavor is back with Stockton Heat. What makes watching the team stands out aside from the occasional body slamming and fist fights on the rink is, the audience’s loyalty and camaraderie. The sport is about coming together and getting to the goal. If you happen to step inside the arena with Stockton Heat, expect a fast -paced action with speeding all over the place. You will totally respect the Stockton Heat.

7 Things to Know about Stockton Fairgrounds

20 Things To Do in Stockton