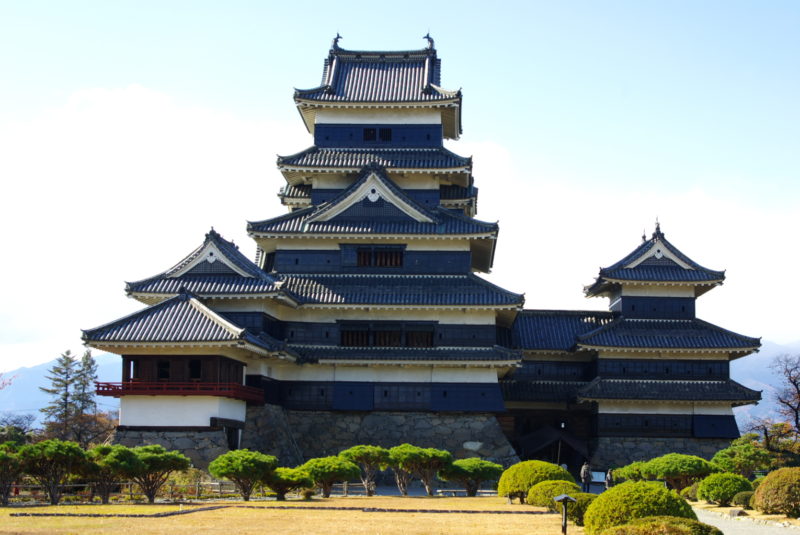 Matsumoto Castle is one of the musts see sights when you travel to Japan! Unlike most castles in Japan which are built on hills or mountain tops, Matsumoto Castle is built on the plains of Japan in the Nagano prefecture. It is unique for having a secondary smaller donjon (castle/keep) and turret attached to the main structure. Easy to get to from most major cities in central Japan, the castle is a National Treasure that you cannot miss!

1. It is the Oldest Castle in Japan 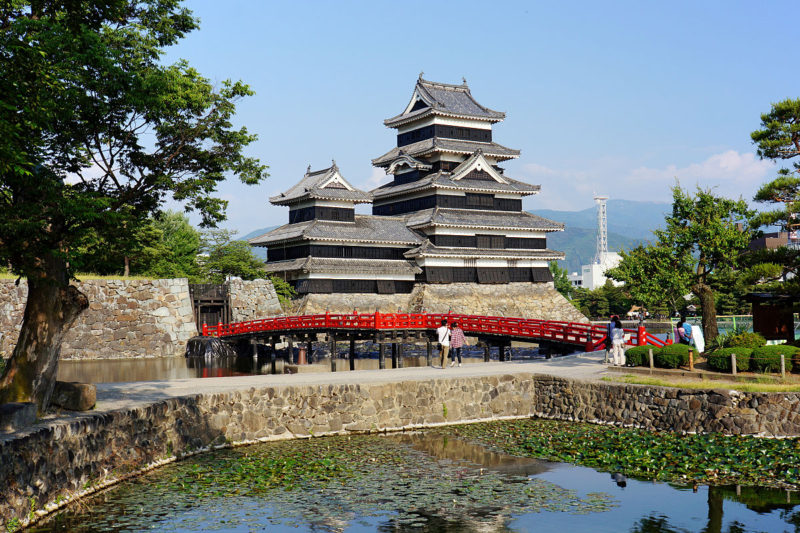 Matsumoto Castle is over 400 years old, making it the oldest castle in Japan and an exciting look into what other castle of the warring states period would have looked like. Japan has declared the castle a National Treasure so it is a must see if you are traveling around Japan for the culture or history. The Matsumoto Castle was a branch castle, formerly called Fukashi Caslte, that belonged to the Ogasawara family, so not even the more elaborate primary residence!

2. It has seen a lot of history 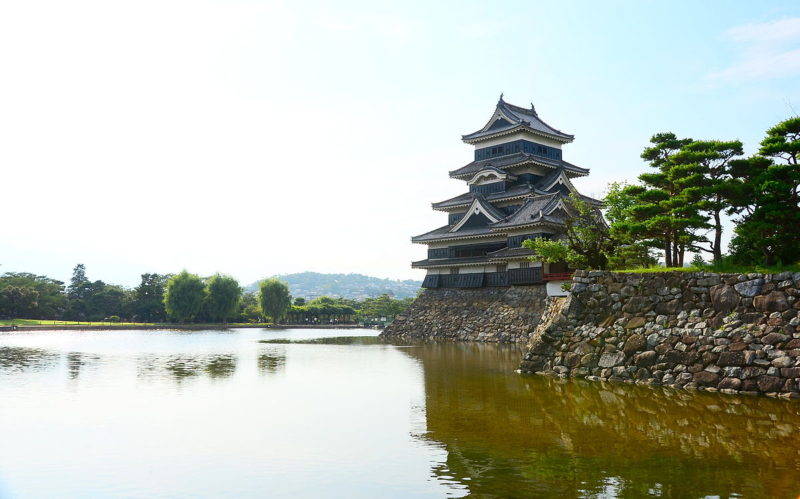 Built in 1592, the castle has been around for 400 years, so it has seen constant military conflict during the Sengoku period and the enlightenment and reform of the Meiji era. 6 different daimyos (local ruler) and their families ruled, a total of 23 lords of Matsumoto Castle who controlled the region. It was sold at an auction in 1872 to the government who began restoration projects in the early 20th century.

3. It has a Nickname 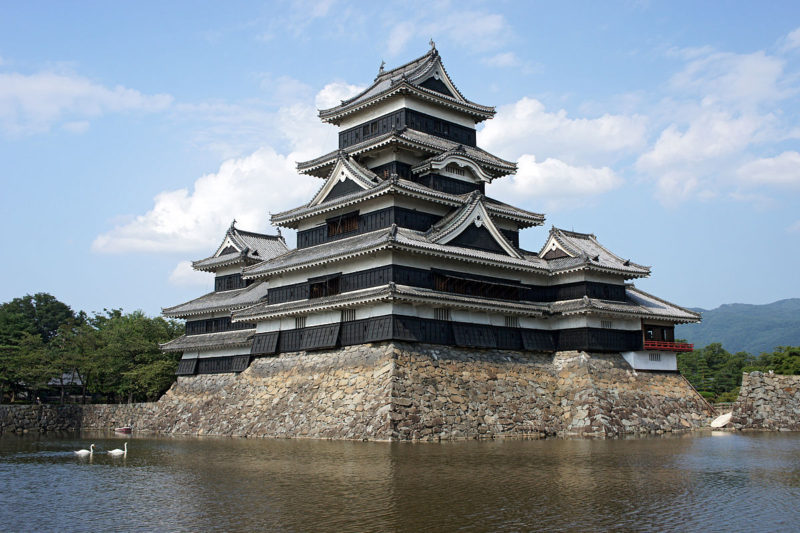 During the warring states period Matsumoto Castle gained the nickname Crow Castle (Karasu-jo) due to the structure and the color. Glossy black walls and curved roofs resemble spreading wings reminding all who viewed it of a crow taking flight. 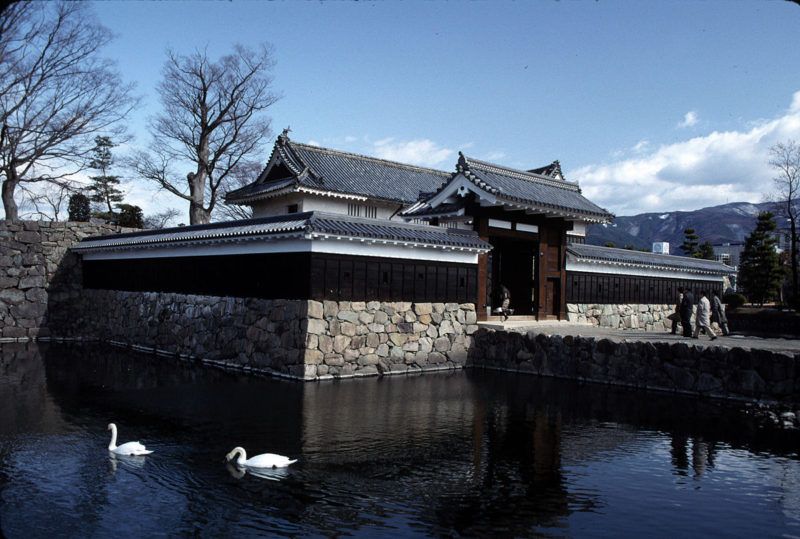 Tada Kasuke was a wealthy farmer in the 17th century who, with with 27 other farmers in the region, wrote a protest letter about raised taxes and sent it to the castle magistrate. The protest soon turned into a riot, the Jōkyō Uprising, and the feudal daimyo (local ruler) relented and sent the farmers a signed document stating the taxes would be lowered. And then Tada Kasuke and the other 27 farmers were executed with no trial… Before his death Tada Kasuke cursed the ruling Mizumo family who had terrible luck for the next 200 years. To appease the unhappy spirit and break the curse, the Mizuno family donated a statue of him to a nearby shrine where he is honored as a predecessor of the human rights movement.

5. It Used to Lean to One Side 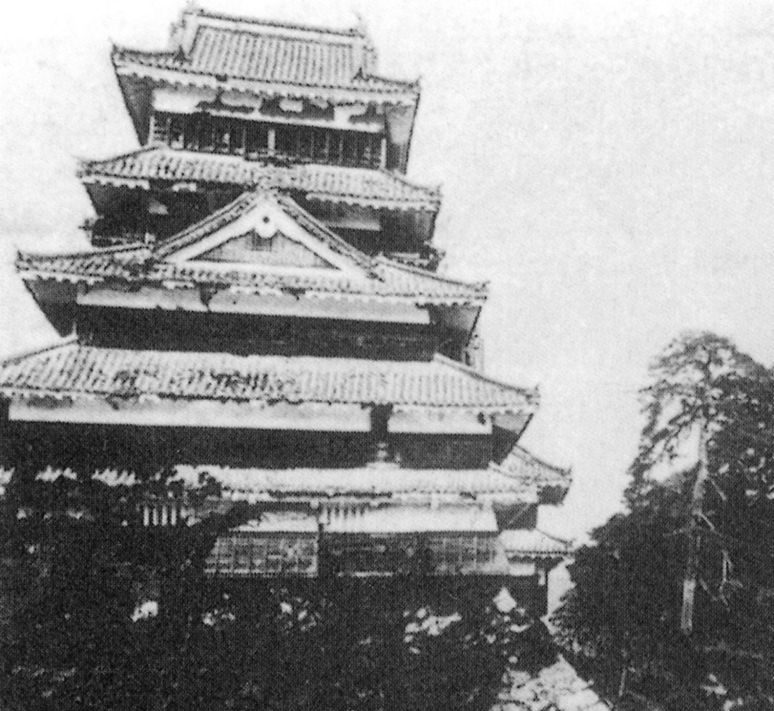 The castle began to lean to one side during the second half of the Meiji period due to neglect and structural problems. Some people believed that it began to lean sideways due to Tada Kasuke’s curse. Matsumoto Castle underwent 2 civic restoration projects, the “great Meiji renovation” between 1903-1913 and the “great Shōwa renovation” that lasted from 1950-1955 to correct all the damage.

6. You Can Likely Catch an Event 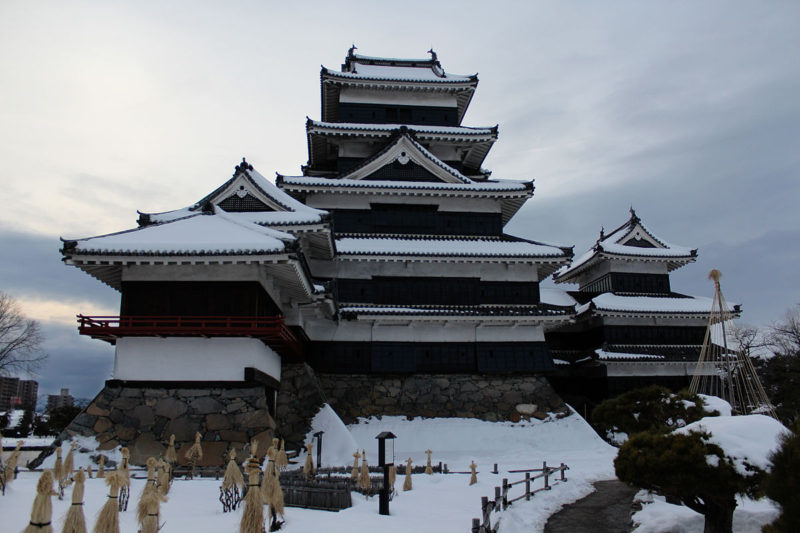 Source: Japanexperterna
There are so many events that take place at Matsumoto Castle every year depending on the season. There are ice carving exhibits, traditional gunnery shows, cherry blossom viewing, moon feasts and the taiko (traditional Japanese drum) festival. You are also likely to see newly married couples getting their photos taken on the castle grounds. 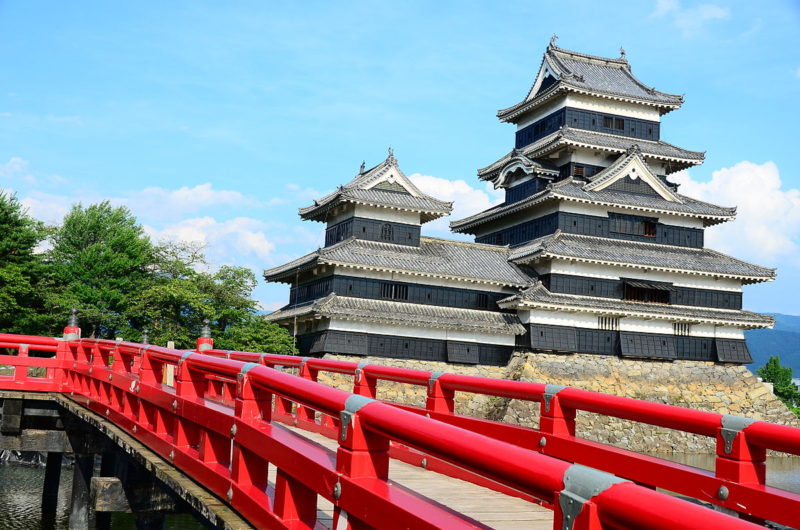 The castle is located close to the midway point on the Japanese Rail Shinonoi Line that stretches between Tokyo and Nagoya for those of you who don’t want to drive or hop on a bus. It is also easily reachable from Osaka and Kyoto by bus. So you have no excuse to put off your visit!

There are so many places to travel to in Japan, but if you are interested in the history or the culture above all else, you absolutely must visit Matsumoto Castle. It is one of the 12 restored castles from the warring states period and labeled as a National Treasure for a good reason, only 1 out of 4 castles total in Japan!

7 Ways to Enjoy Skiing in Hakuba