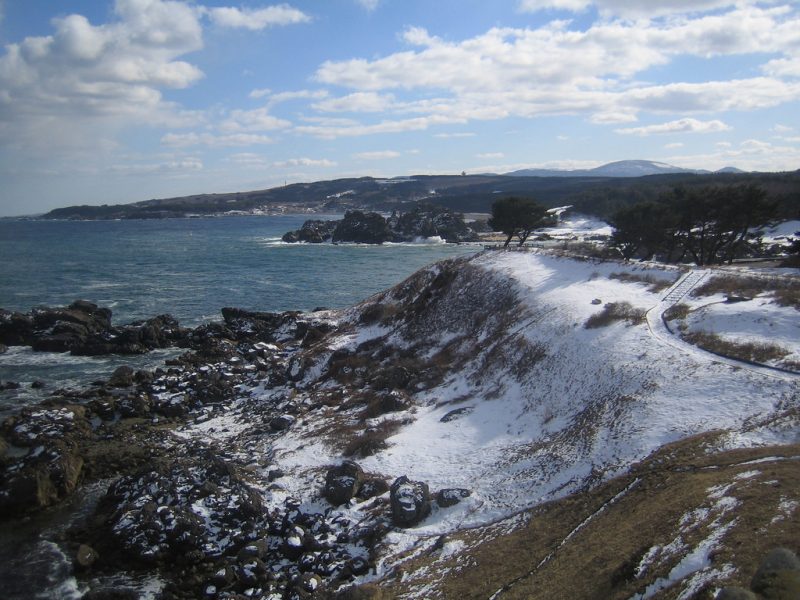 Hachinohe is found at the northern part of Honshu which can be seen at the Aomori Prefecture’s Pacific Ocean side. The locals in the area commonly live near the beachfront and the sea. This place is popular for having a beautiful scenic coastline. Get to know more of Hachinohe and the different interesting things you can do and discover.

The Kabushima Island is a popular tourist destination in Hachinohe. It is an area where thousands of black-tailed seagulls breed. The ocean front of Kabushima Island is a favorite resting place for the seagulls, with the main breeding season occurring around the month of May. There are many other seagulls throughout the year, except the cold season in winter.

Another beautiful place you can visit is the Tanesashi Seaside. This is a popular seaside destination for visitors in Hachinohe. You can see a wide area of green grass lawn where you can go for picnics or just spend time with your family or your partner. There are also surf breaks in the coast stretch.

The Enburi Festival is held in Hachinohe in the third week of February (around Feb 17-21). This is a winter festival and a gathering held at the facade in downtown City Hall of Hachinohe. The Enburi Festival is being done by the locals at the start of the year, to pray for great harvest all year round. The festival features dancing, singing, and revelry, with lots of food, drinks and sake.

The Appi Kogen is situated the Iwate Prefecture, around an hour at the southern portion of Hachinohe. Get your toll along the road and proceed south of the city. You will see a lot of impressive snowboarding and skiing areas during winter. The area has several good spots for beginners and intermediate skiers and snowboarders. There also restaurants in the vicinity.

One of the important things you can do in Hachinohe is to visit an onsen. There are numerous onsens in the metropolis, but one of the largest is Gokuraku. This is situated in Yamadenki which is next to Pia Do shopping plaza. There, you can savor some great food, good ice cream, and other cuisines. You can also get fabulous massages for a nice value.

The Hachinohe Fish Market can be reached when you turn right after you exit the train station. It is an ample indoor fish market of different kinds, types, and varieties of marine products. You can also get other souvenirs, statues, and craft items. There are also floats on display from time to time.

The Hasshoku Center is a large food marketplace in Hachinohe. It is a couple of minutes away from the central area, with available buses at the Main Station. There are various stalls of food like sweets, fish, alcohol, and snacks. There are also restaurants and cafes. In addition, you can have some fresh fish grilled on the spot.

The Lapia is near Pia-do shopping center and Nagasakiya department store. There are assorted types of shops, stores and stalls in the area, like Daiso. Ther are also 100 yen stores, vintage shops, and discount stores. The place also features restaurants, indoor amusement theme park and several game centers for the kids and your family.

Greenhouse is an outdoor shop in Hachinohe, just near the Hon-Hachinohe Station. After you exit Hon-Hachinohe station, you can take the street that you will see on your right. This store sells different popular brands like Patagonia, Columbia, MontBell and The North Face. Greenhouse has many types of trekking, hiking, camping, and outdoor gears and clothing.

The Kantaro Sushi can be reached in the eastern part, south of Yurinoki Dori. The place is a popular sushi Japanese restaurant that offers delicious foods and fresh sushi. The price in Kantaro Sushi is somewhat higher. However, their kappa sushi is one of the best in Hachinohe. The first Kantaro store is in Hakodate, so you might see Hakodate posters in here as well.

The Bar Saude is located just across the Bar Flat Hall, just below the 100 yen stall near the Ramen Alley. The place is a small, but hip Portuguese restaurant. This makes the restaurant fill up fast because there are just several chairs, tables, and a small bar. The owners are Takashi and Yuko. Takashi cooks in the kitchen while Yuko serves and meets the customers.

“The Flat” is a place in Hachinohe frequented by residents and also some tourists. “The Flat” is based on the ‘flat note’, which is music symbol. The establishment features live music from artists, bands, and performers of various genre. The Flat is located downstairs at the main street, just near Miroku Yokocho. An interesting staff to meet is Master Mitsuya, who cooks in the kitchen, but can also sing and play guitar.

The city of Hachinohe’s symbol is a wooden horse called ‘Yawata-Uma’. The wooden horse is decorated with feathers and golden saddle mark designs on the head. The place has been well known to have breeding farm horses and war horses as far back as Kamakura period. Yawata-Uma produces popular art pieces, figurines, and souvenirs.

Located on the island of “Kabushima”, you don’t want to miss visiting the Kabushima Shrine, a Shinto shrine near the seaside. The shrine overlooks the ocean and the thousands of seagulls on the bay side. The Kabushima Shrine celebrates the festival on April, on its third Sunday every year. The place has a scenic view and a great place to take pictures.

The Hachinohe Port is a shopper’s haven for those looking for sea foods and other marine products. It is an average sized port which can be reached by the Tohoku Shinkansen Line, from the ferries starting point in Hokkaido island, usually those bound for Tomokomai. The city has an extensive train and bus system, so you can surely find a transportation to Hachinohe.

10 Things To Do in Hirosaki