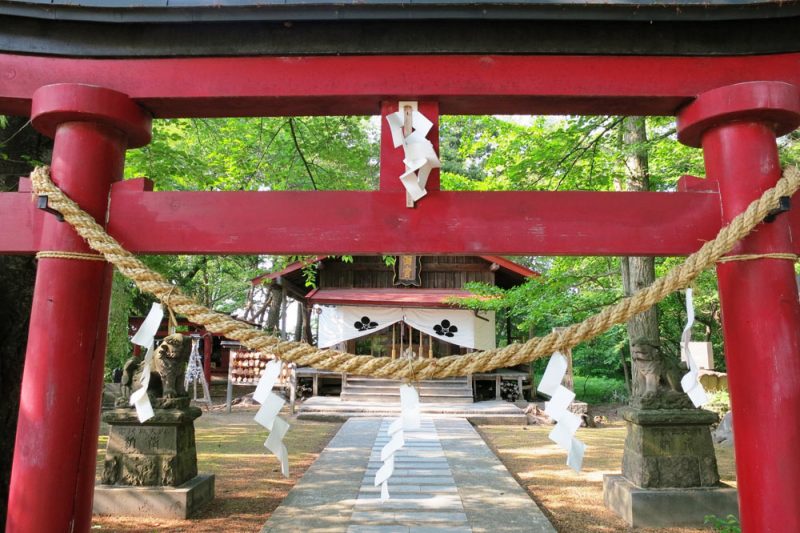 Home to the renowned Neputa Festival of Japan, Hirosaki is a popular visitor destination with stunning architectural structures and excellent cherry trees. Beautiful blue sky and stunning mountains at the backdrop, dynamically sprouting cherry blooms and the Hirosaki castle. The spring view of Hirosaki Park makes you feel as though you are in a fantasy world.There are numerous occasional attractions in Hirosaki city which are held throughout the year. Two of the most breathtaking celebrations in Hirosaki are the Hirosaki cherry bloom celebration and the Hirosaki Neputa Matsuri Festival which is held in summer. Enormous paper lights are made of bamboo or wood which are given the shapes of samurai warriors, winged creatures, and creatures. The most famous attraction of the city is the Hirosaki Park which becomes live and breathtaking during cherry blossom season. The following are some best things to do in Hirosaki. 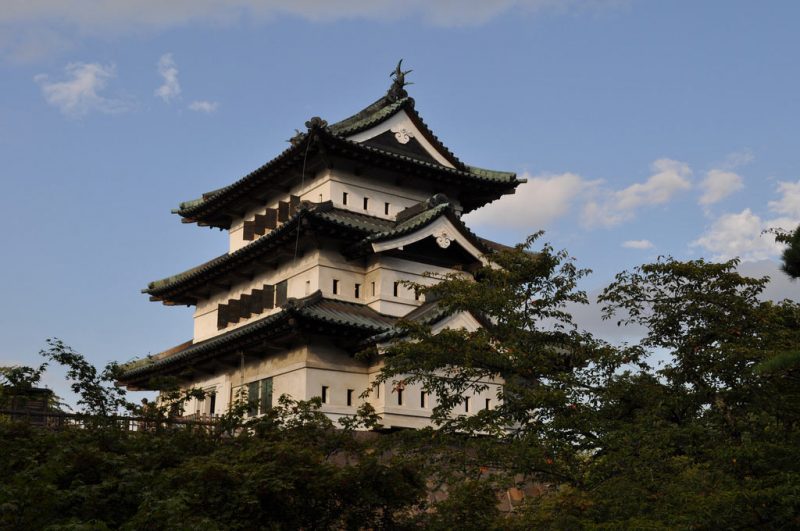 Hirosaki Castle is the landmark of the city which has a great historical importance. The first of the Tsugaru medieval rulers set up his principle over the Tsugaru territory in the mid-seventeenth century. The second master, Tsugaru Nobuhira, finished the palace in 1611. After the first five-storied tower was struck by lightning and burned to the ground, the present 3 storied tower was built in place of it. Remaining on the grounds are a château tower, three turrets, five entryways, and three canal frameworks.

A ten-minute walk from the main gate of Hirosaki Castle, The Fujita Memorial Garden was built in traditional Japanese style garden in 1919. This extensive garden features two fundamental parts, an upper segment, and a lower segment. Close to the garden’s entryway stands a small museum and a tearoom in the Western house from the Taisho time. This historical Edo style garden was planned by an artist from Tokyo as the garden for the house of Kenichi Fujita, who was the Chairman of Chamber of Commerce and Industry.

Hirosaki is a famous spot known for the cultivation of apples in Japan. Hirosaki Park is the home to more than 1300 apple trees with 65 unique varieties of apples. Guests can visit and have practical experience of the strides required in apple cultivations. You can find out about apple production in the farm and history behind the apple production in the city. Close-by, there is an old apple farmhouse that has been changed over into an exhibition hall. The farmhouse houses the equipment required for harvesting apples and how they work, for example, when and how it was utilized .

4.Enjoy The Beauty of Cherry Blossoms at Hirosaki Park 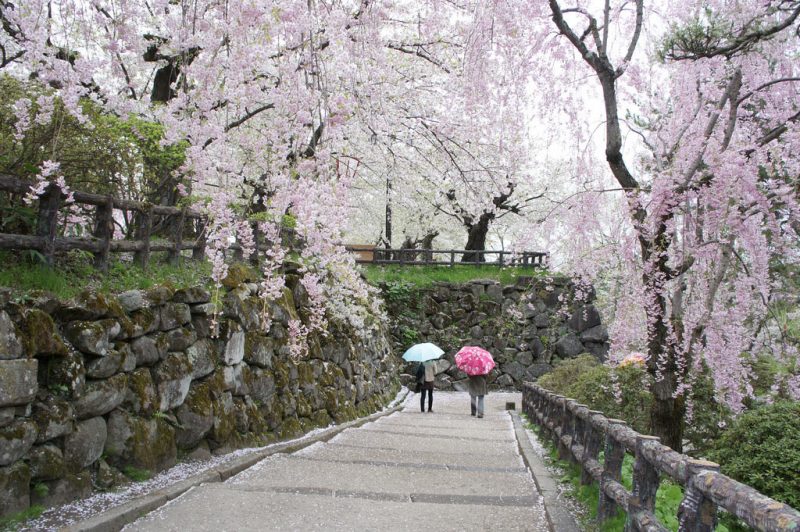 Hirosaki Park is one of Japan’s best cherry blossom spots. With its plenitude of more than 2500 trees, cherry bloom burrows, petal filled canals, various lovely cookout zones, paddling boats, numerous assortments of cherry trees and enlightenments in the nights, it feels like different extraordinary cherry bloom spots joined into a solitary one. A celebration is held yearly from April 23 to May 5, during the blooming season of cherry flowers in Hirosaki city.

Also called as Neputa Village, it is an exhibition hall which highlights about Hirosaki’s famous festival, the Neputa Matsuri which happens every year from August 1 to 7 around the same time when Neputa and Nebuta celebrations are celebrated all over Aomori . In spite of the fact that the primary focus of the museum is the Neputa Festival, many of Hirosaki’s other cultural things are also in the display area. There are a number of different areas in the museum which are dedicated to particular artifacts like area for shamisen instrument, to prevalent nearby handiworks and to historical toys. There is additionally a Japanese garden and a teahouse from the nineteenth century.

Nakacho is the previous samurai local area that prospered on the northern side of Hirosaki Castle. Many old samurai houses are protected in an immeasurable region covering around 66% of the current Nakacho region. Nakacho was the area where the middle-rank samurai’s used to live. Houses of these samurais who were in the administration of Hirosaki Domain are open for general public to visit.

What better way can be to explore an area with the boats cruising along the canal. In the event that you want to explore the cherry blossoms in a unique and relaxing way with your family or your partner, the west canal zone, situated on the west side of the Hirosaki Park is the perfect spot for it. Boats here can be rented which are accessible from 9 am to 5 pm at 1,000 yen for an hour and you can appreciate the perspective of cherry blooms on the water. The canal beautifully reflects Hirosaki Castle, the scaffold, and the cherry blooms. It is one of the best ways to enjoy the cherry blossoms in Hirosaki. 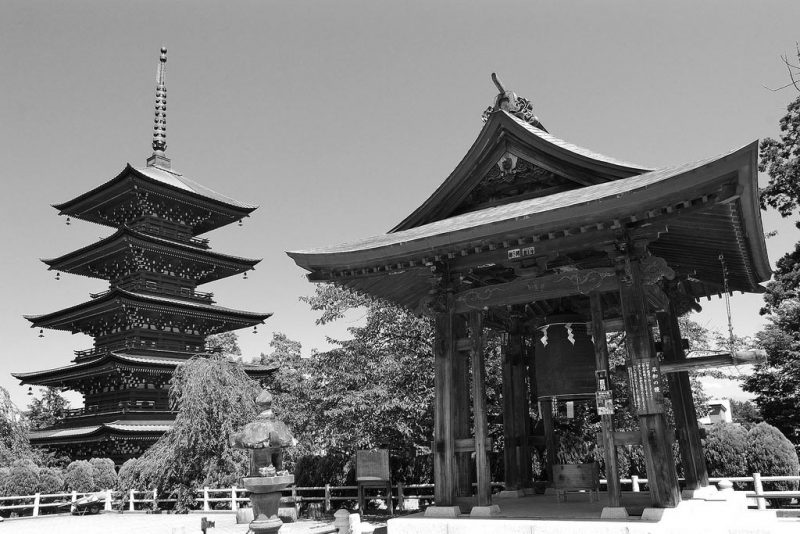 A standout amongst the most famous shrine in Hirosaki, Saisho-in Monastery is known for its five-storied pagoda, finished in 1667, which stands 31.2 meters tall and took ten years to expand on the request of Nobuyoshi, Tsugaru Clan Head. The pagoda at Saisho-in was worked around 350 years ago to honor the individuals who passed on in fight amid the reunification of the Tsugaru region where Hirosaki is located presently. There are some intriguing statues and carvings in and around the structures, and if nothing else, it’s a wonderful spot to stop and rest as you explore the town. 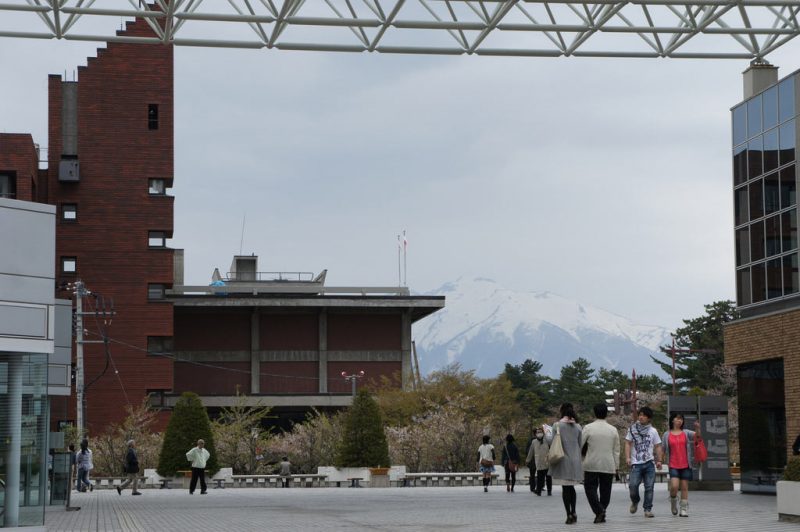 Just opposite to the primary access to the Hirosaki Castle there’s a wide, cutting edge square that obtained its name from the castle’s gate, Otemon Square. Worked in 1990 to praise the 100th commemoration of the Hirosaki city, the intricate architecture was motivated by a traditional gate. It has a tourist information center for the Hirosaki city where tourists can get maps, pamphlets and guidance about the city’s touring spots. There is additionally a souvenir shop, a couple of eateries and a little display of locally crafted works and the Neputa Festival. 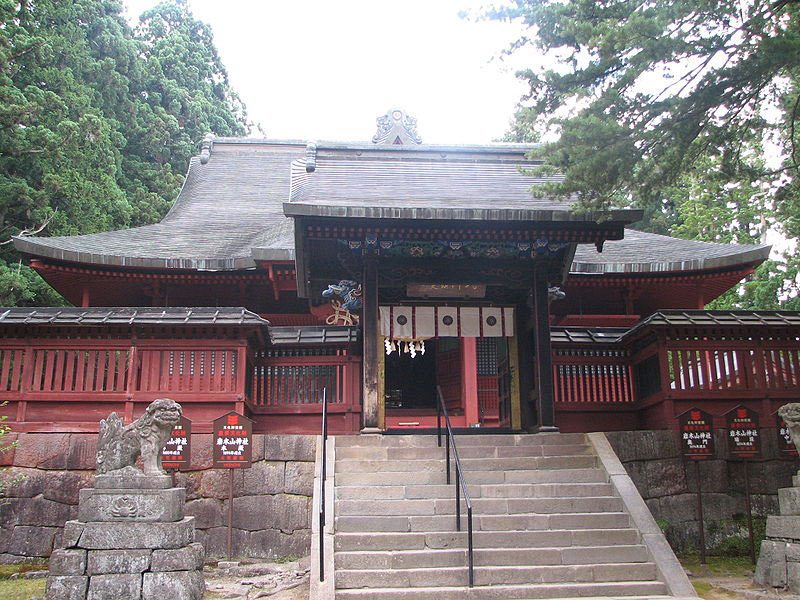 Also called as Iwakiyama Shrine, it is a Shinto holy place which was built around 1200 years back on the foot of Mount Iwaki. It is the starting point for the trekking course of Mount Iwaki. A number of the structures of the place of worship are from Edo time. It is believed that whole Mountain is the part of the shrine. There is additionally a yearly festival celebrated here in which a parade strolls from the place of worship to the highest point of the mountain.

15 Things To Do in Hachinohe

15 Things to do in Misawa