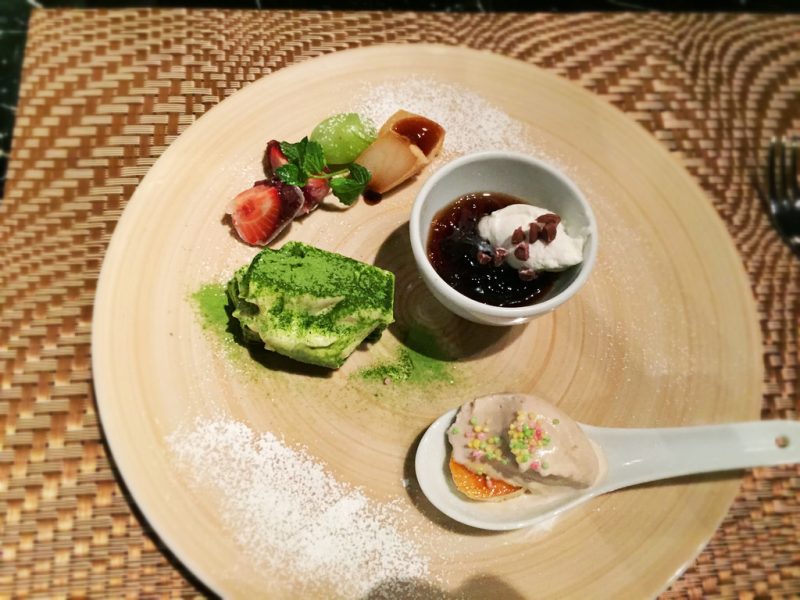 Coffee jelly is a popular desert to beat the scorching heat during the hot and humid summer months. It’s a favorite summertime treat which adds flavors to the exotic world of Japanese confectionery. Japanese culinary culture is highly influenced by the cultures around the world, and what could be the best way to experience that culture than to try out the best Japan has to offer. Confectioneries play an important role in Japanese food culture, and coffee jelly is no exception. 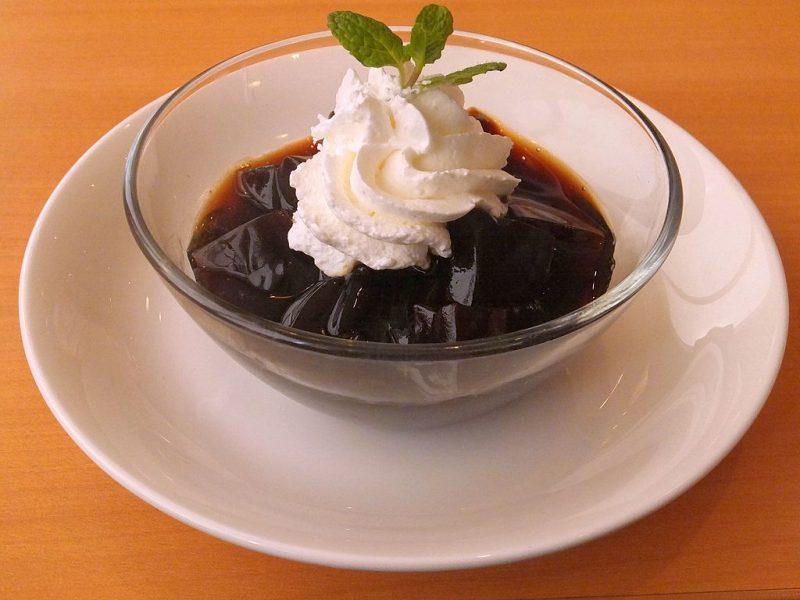 This coffee flavored jello is a sweet gelatin desert, an eclectic mix of agar jelly with sweetened coffee and sugar. Agar is a jelly made from algae and refers to as kanten in Japanese. This makes for a really simple and delicious summertime snack, or sometimes it is served alongside liquid coffee. It is often cut into small cubes and served in a wide assortment of beverages and deserts.

Coffee jelly is believed to be developed during the Taishō period, after the western countries introduced coffee to the Japanese. They eventually used coffee plants for other purposes which ultimately led to the creation of coffee jelly. The traces of the western now serve the palate of a global clientele in the form of coffee jello. Not only is it served in most of the restaurants around the world, but also can be found in street side food joints.

This fantastic combination of gelatin and coffee is served with a wide array of varieties and accompaniments. Small cubes of coffee jelly are sometimes added to the beverages, and often added to the milkshakes or sundaes. It’s often served in hot or iced coffee, with gum syrup and cream. Other versions of the desert can be served with sweet red bean paste. 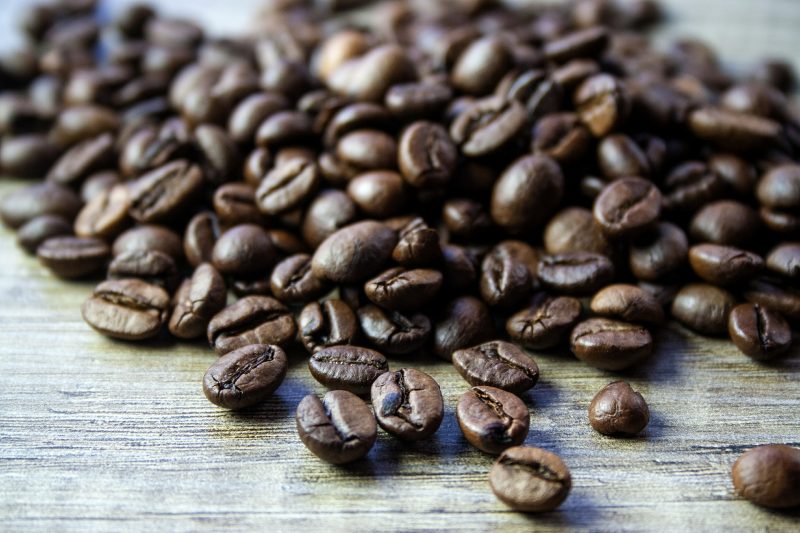 Besides a fine exotic desert, coffee jelly also provides some serious health benefits. Coffee is good for the liver as caffeine metabolizes it and moderate coffee consumption reduces the risk of developing any liver diseases. It also helps fight the most common form of skin cancer, and also acts as a brain stimulant.

Coming to the gelatin, it’s known to aid digestion and has been used to improve skin or joint related problems. It speeds up your body metabolism and strengthens your body at the cellular level. Gelatin is the building block of skin, hair and bones, and it is a rich source of dietary collagen which helps in skin healing properties.

It would be a shame to come to Japan and not try the famous Coffee jelly. It’s one of the perks of visiting Japan to taste the delightful side of Japanese food culture, if not for the amazing places. Coffee Jelly is one such delicious desert that tickles your taste buds just the right way.

20 Things to Do in Kagoshima

15 Things to Do in Ibaraki