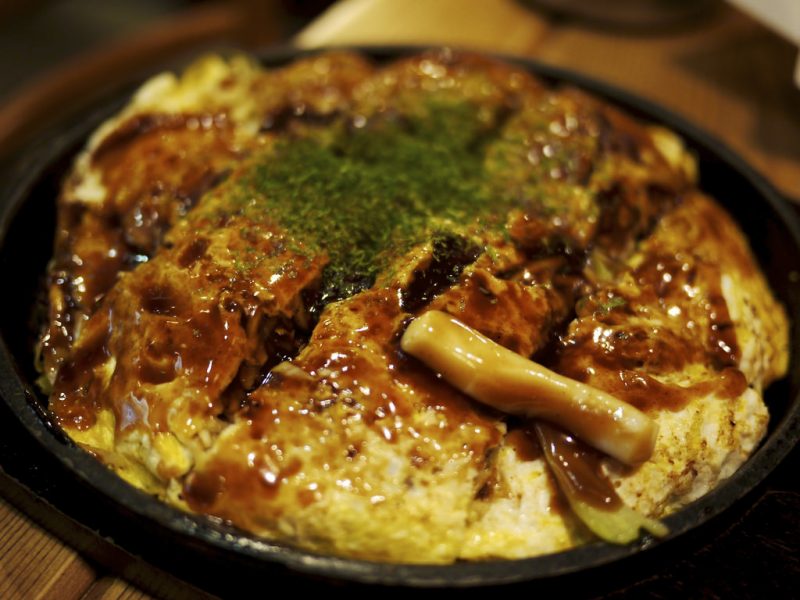 Hiroshima not only is a city full of history and attractions, but it also has its own tasty dishes. Some can only be found in the area, while others were adapted from other famous Japanese dishes. Here are 5 Hiroshima foods you must try! 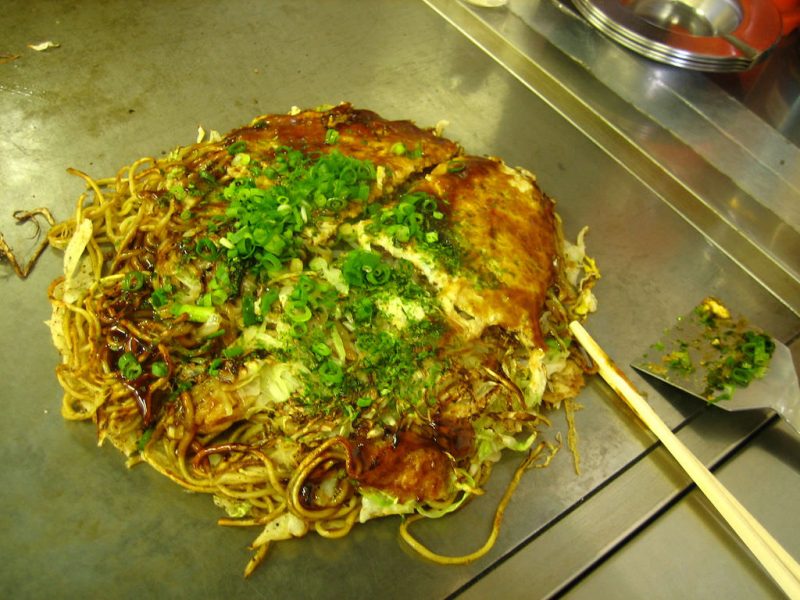 The Hiroshima okonomiyaki is a bit different from the usual one found in the rest of Japan. It is made by putting shredded cabbage and yakisoba on a thin layer of batter. The pancake is then fried and topped with oysters, cheese, squid, bonito flakes, green onions and okonomiyaki sauce. There are okonomiyaki restaurants almost everywhere in Hiroshima – this is how popular this food is! 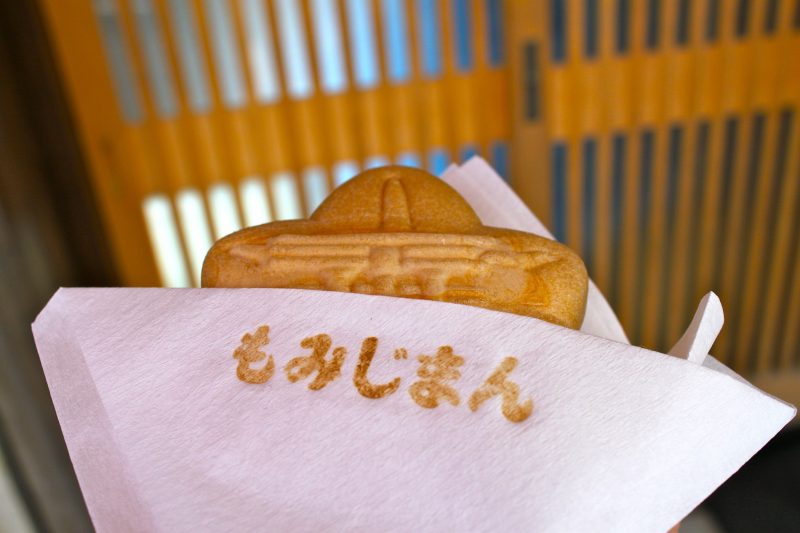 Momiji Manju refers to the area’s most loved snack souvenir. Manju is a Japanese little sweet that is made from and flour, rice powder and buckwheat. Momiji refers to the autumn colored leaves. No, the sweets are not actually filled with leaves, but are made to resemble leaves. Fillings vary from the traditional sweet bean paste to custard, cream cheese, chocolate, or powdered tea flavored cream. Momiji Manju appeared in Miyajima and was created after Momijidani, a well-known maple leaf viewing spot. 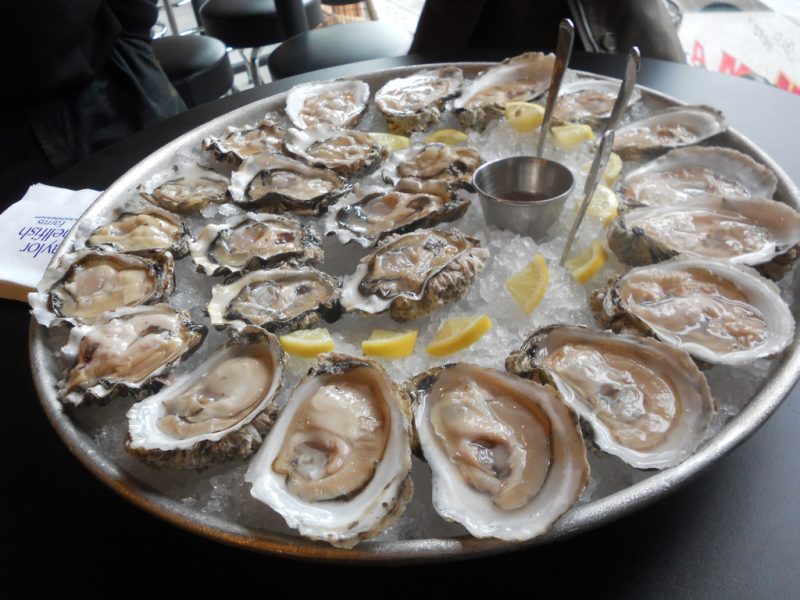 Oysters are very popular in Hiroshima, the prefecture accounting for almost 70% of the oyster production in the entire country. A part of the oysters are shipped overseas, with the other part consumed locally. They are eaten in several ways in Hiroshima: raw dipped in soy sauce, deep fried, grilled, baked or served on the top of a steamed rice bowl. Hiroshima’s people love oysters so much that there is even a festival to celebrate this kind of food! 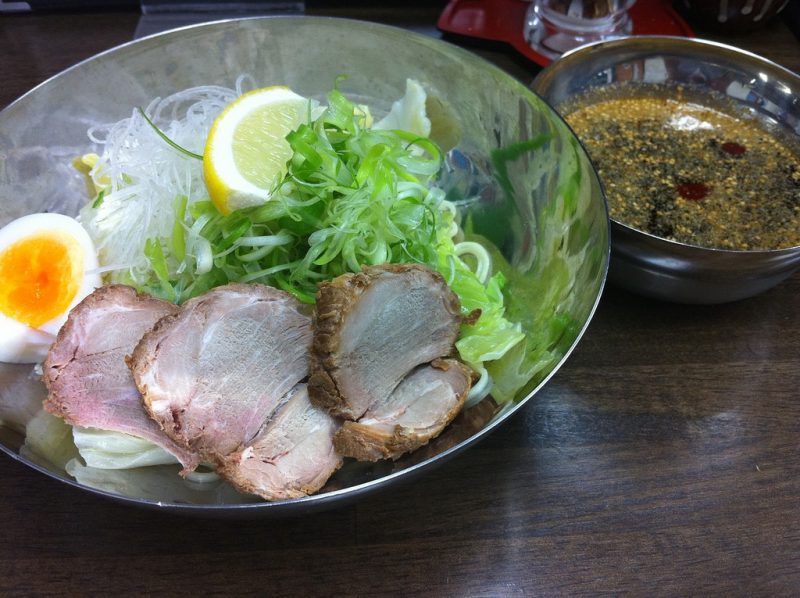 The Hiroshima style tsukemen is served by putting the cold noodles on a plate next to a red pepper spiced sauce. A variety of toppings can be added: shredded cabbage, sliced cucumbers, shredded leek, eggs or sliced meat. The customers ordering tsukemen can usually choose the level of spiciness they want. 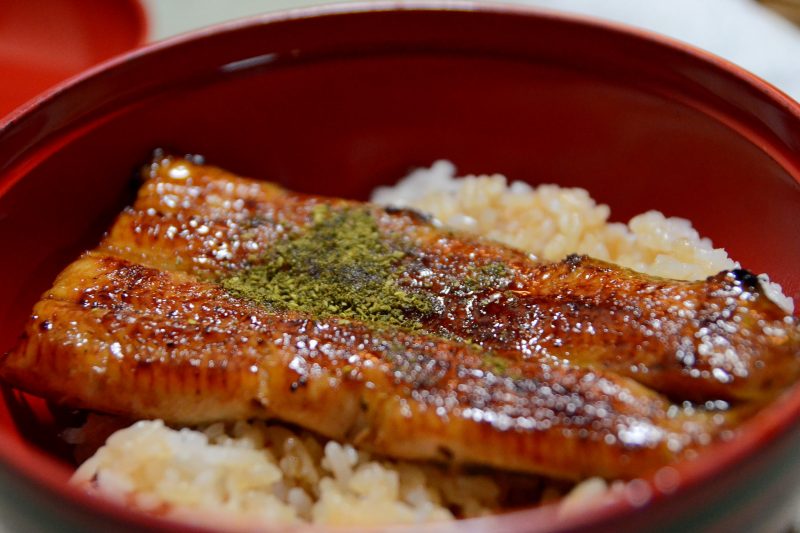 The eel is an amazingly delicious seafood that is always cooked before using, due to the fish’s poisonous blood. It is often eaten as sushi, as unadon (sliced eel over a bed of rice) , as kabayaki (grilled eel on a stick) or simply grilled and sliced. It is commonly brushed with tare, a sauce made from mirin and soy sauce. Its texture is crispy on the outside and tender on the inside.

10 Things to Do in Onomichi: Hiroshima, Japan

10 Things To Do in Fukuyama

15 Things to Know About Hiroshima Airport

15 Best Restaurants to Go in Hiroshima