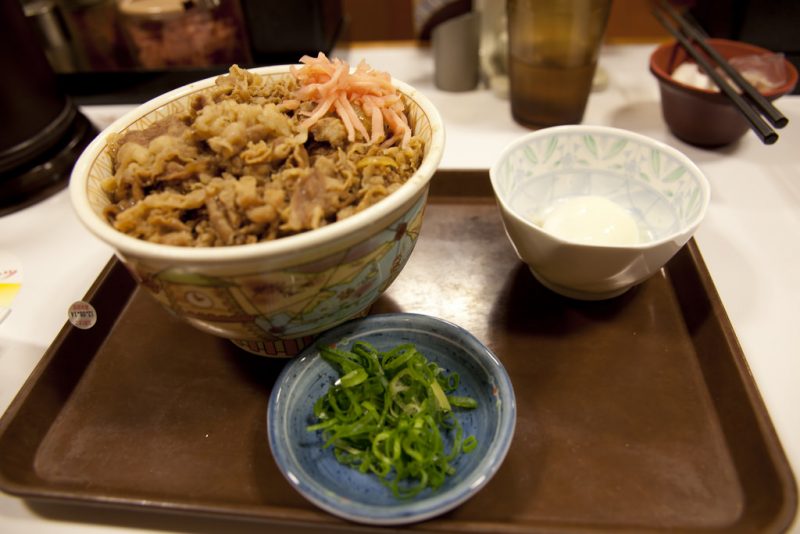 Sukiya is a famous restaurant food chain in Japan serving delicious Gyu-don, Curry, and Donburi. It has total 1856 restaurants in all over the world. The slogan or motto of the company is save time and money. It is one of the best restaurants of its kind which serve high quality and tempting Gyu-don. It can be found in every prefecture of Japan. Some important things to know about Sukiya Japan are: 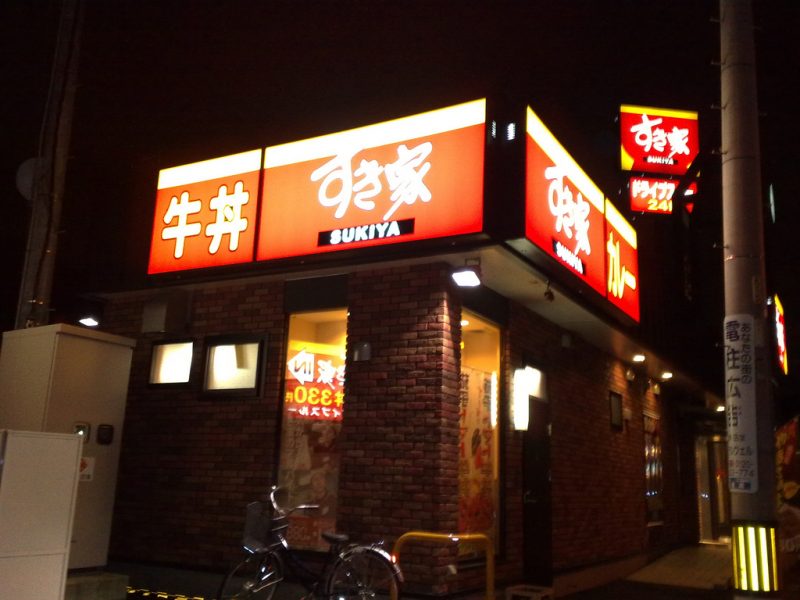 Sukiya is owned and managed by Zensho Co. Ltd. which is very famous at Tokyo Stock Exchange and has sales of near about 282 billion yens in the year 2007. The restaurant actually originated from Yokohama. The restaurant did not stop serving Gyu-don when there was a ban on American beef imports and used beef which was imported from Australia. The Sukiya led the full competition with Yoshinoya and produced the substitute for Gyu-don named as London. 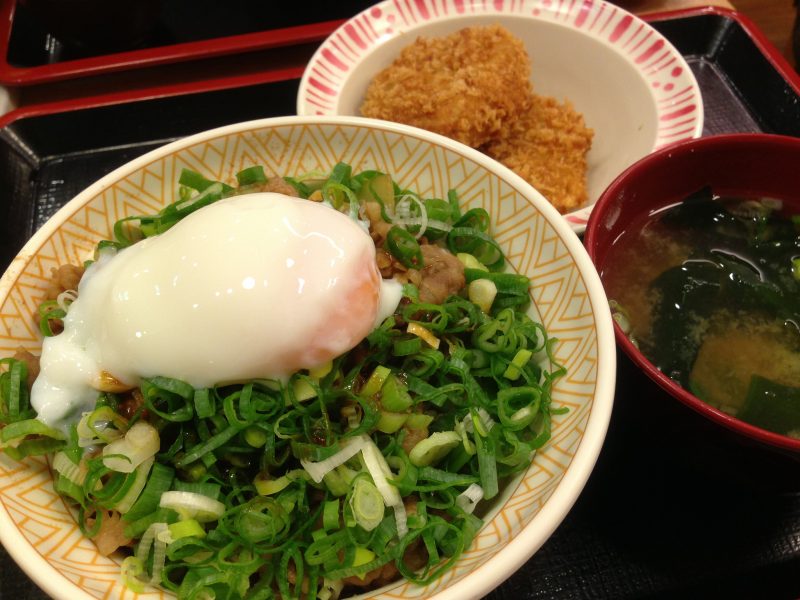 The menu of Sukiya is very standard and offers a lot of curries and beef bowls. It also includes Salmon fillets. There is availability of four sizes of every dish which are mini, normal, big and mega and every size is 1/3 more than other. The cost of Mega size of curry is about 760 Yens and minimum size is 460 Yens. The other items on the menu include side dishes, drinks and different kinds of toppings.

3. Branches in abroad of Sukiya 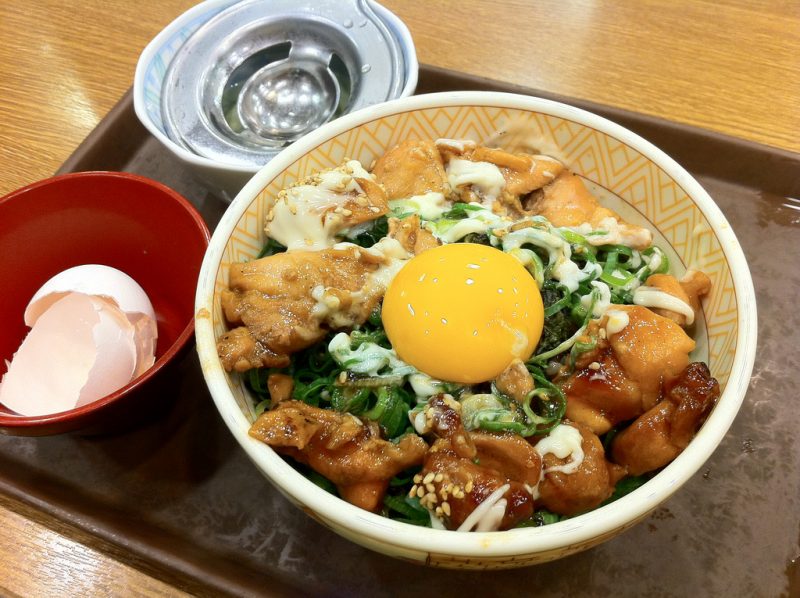 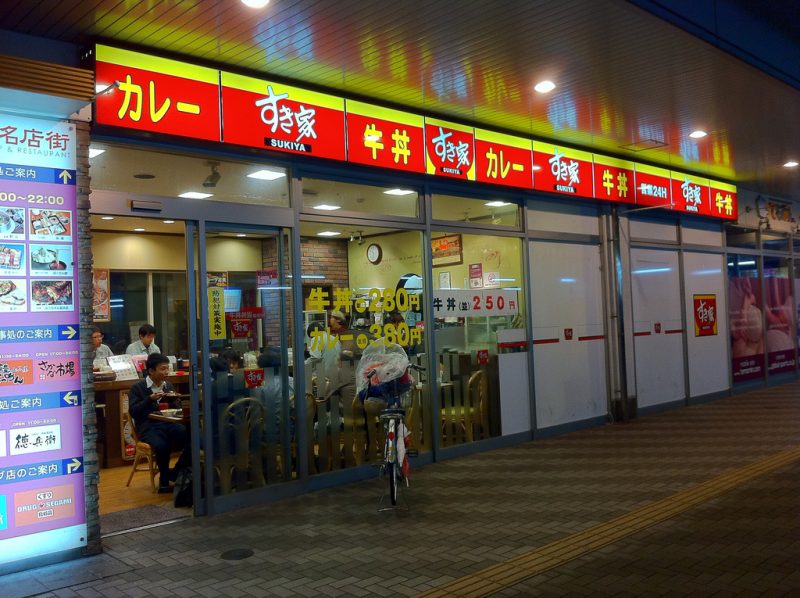 Most of the restaurants in Japan have tables and counters but Sukiya also offers the facility of taking away the food. The interior of the restaurants is very comfortable and equipped with all the facilities required by its customers. You can order food and it is delivered in few minutes. There are also proper sitting arrangement for families and also has a special menu for children.

5. How to order food at Sukiya 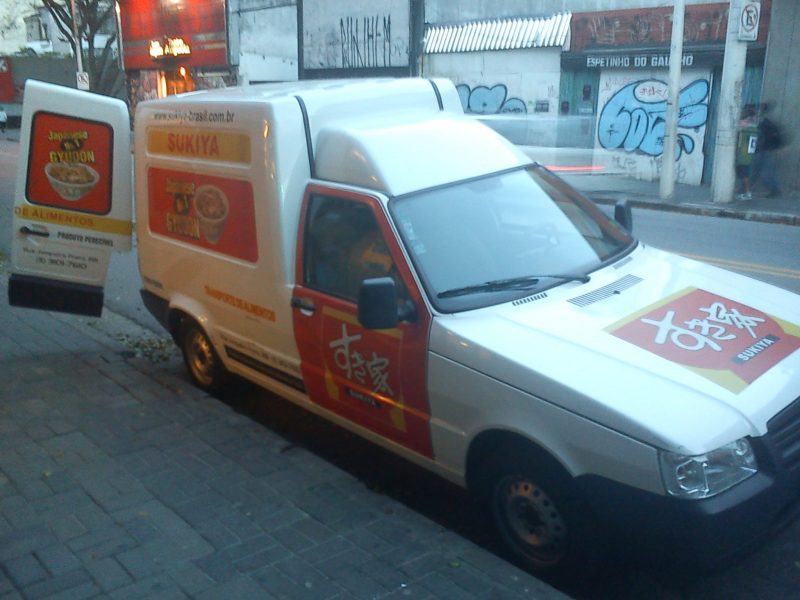 It is very easy to order food at Sukiya simply get the menu equipped with pictures of food. In spite of written in Japanese, there are big colored photos so that you can just point and order whatever you want. You can call a server and simply place your order. You can get your food in a few minutes and you can get the spoons also for eating food if you are not comfortable with chopsticks.

6. Sukiya in China and Brazil 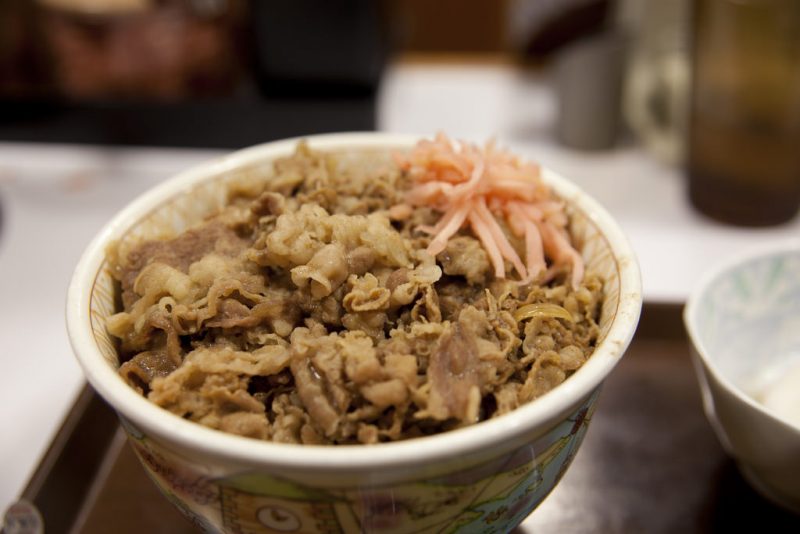 There are multiple restaurants of Sukiya in China at Shanghai, Tianjin, Beijing and other locations. The Gyu-don has become very popular in China because it is very cheap and tempting meal. In Brazil, Sukiya has its restaurant in Sao Paulo area and has become very famous with Japanese and Brazilians all over the Brazil for its yummy dishes.

7. Sukiya in Malaysia and Thailand

15 Hotels to Stay in Hokkaido