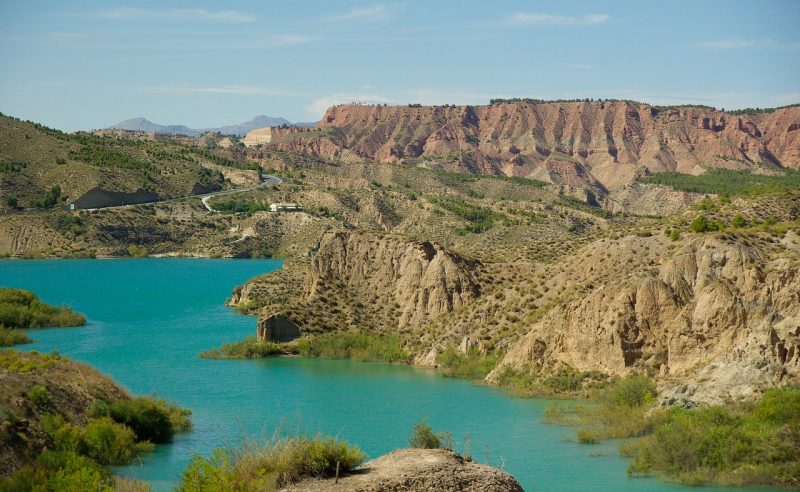 The popular image of Spain as the home of flamenco and land of bullfighting, the orange blossom, ruined castles and tapas derives from Andalusia, the southernmost territory of the Iberian Peninsula. The collected memories of Andalusia stay with you forever as souvenirs perfectly ornamented in its eight provinces – Granada, Seville, Almeria, Cadiz, Huelva, Cordoba, Jaen, and Malaga. Once the poorest region of Spain, Andalusia – specifically the provinces of Granada, Malaga, and Seville – has now established itself as one of the most tourist-friendly destinations in Europe.

1. The Essence of Spain 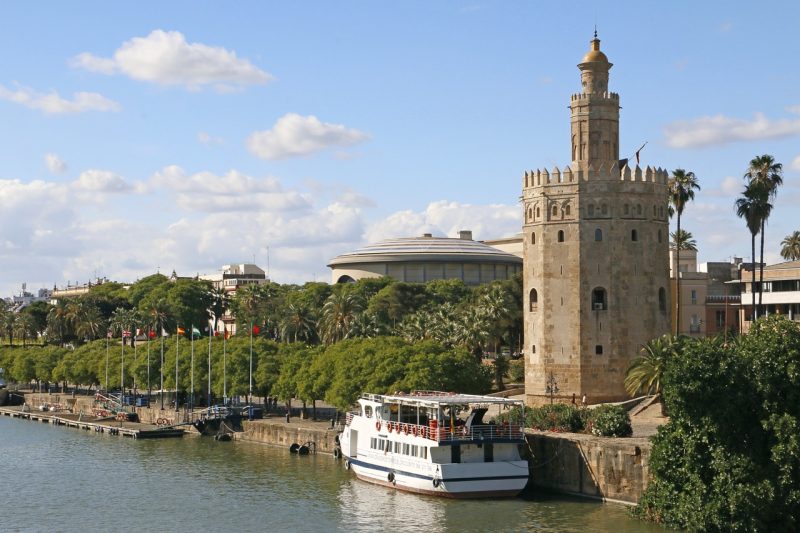 Andalusia is the most quintessential part of Spain’s Iberian Peninsula where the 19th-century artworks, the great Moorish monuments, and the sensual buildings portray the traces of Spain’s glorious past. Perhaps the most eye-catching feature is the remnants of the region’s Moorish past. The Moors were a mix of Barbers and Arabs who crossed into the Spanish territory from North Africa and Morocco and ruled the peninsula for more than seven centuries.

2. The Grandeur of Seville 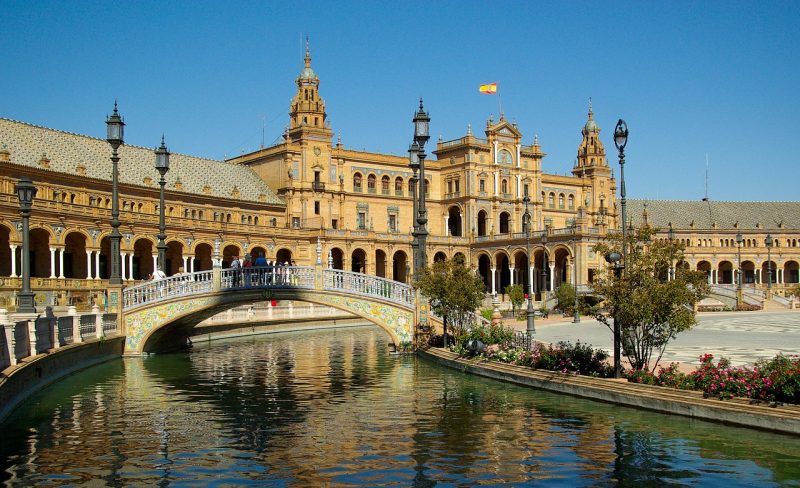 Popular for the oranges and women, the pleasant city of Seville is the third largest city of Spain and best symbolizes the region’s Moorish past. The Andalusian capital is the second most prominent center for bullfighting in Spain after Madrid. The most emblematic monument in Seville is undoubtedly the Giralda Tower which is the most prominent landmark of the city and a definitely a must-watch. Other notable structures include Torre del Oro Cathedral, the Alcazar Palace, Plaza de Espano and more.

3. The Brilliance of Granada 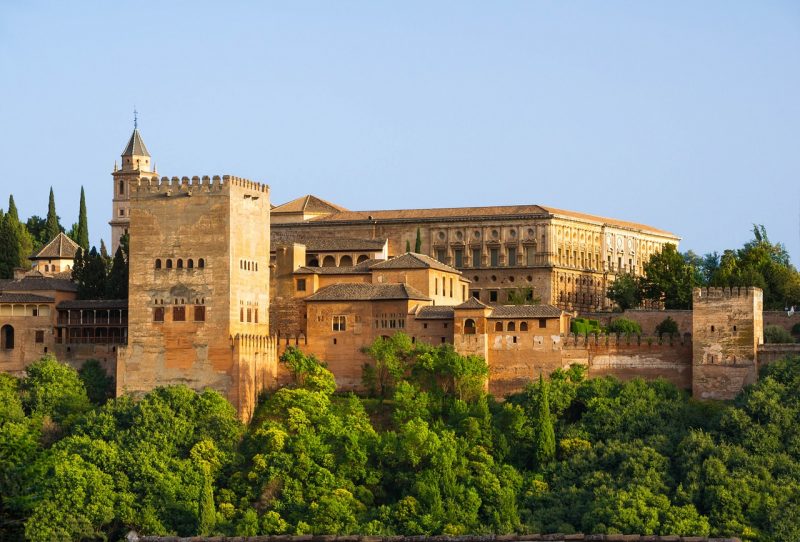 Often goes by the name “land of a thousand castles”, the majestic city of Granada symbolizes the splendid Moorish architectural heritage which can be best seen in the medieval monuments and century-old buildings. The one thing that steals the medieval scene is the beautiful Alhambra – the most spectacular of all the European monuments – that reveals the brilliance of Moorish life and culture. 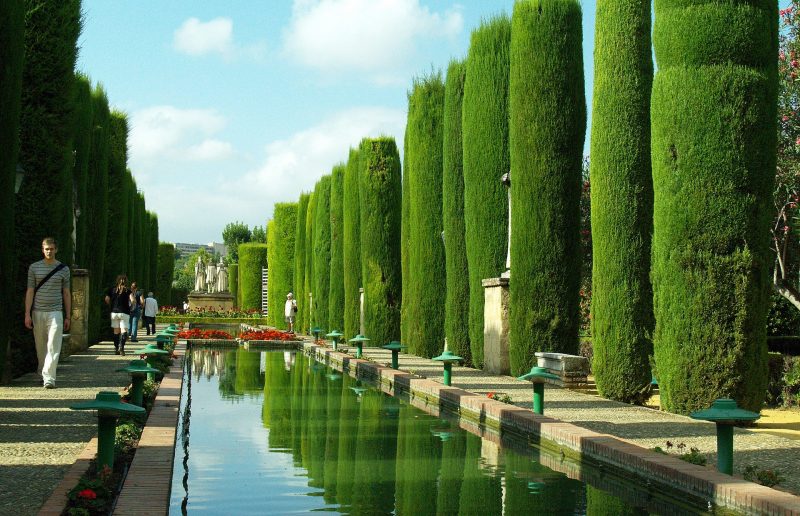 The striking city of Cordoba is the Islamic center of Spain and one of the most wonderful cities in Andalusia. This is the most exquisite of all the provinces where the past and the contemporary scene blend perfectly together in sync. It is from the Moorish era that the city’s most prominent monument dates back: the Great Mosque of Cordoba (Cathedral of Our Lady of the Assumption), the grandest mosque ever built in Moorish Spain. 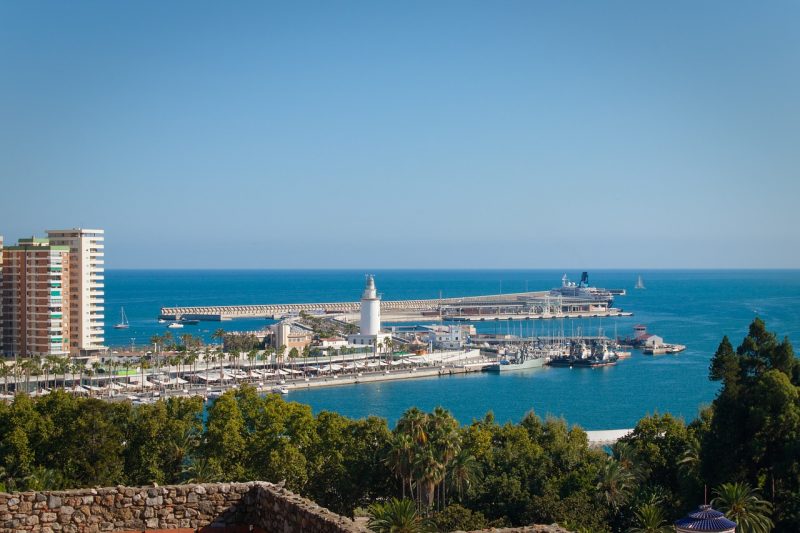 Thought the cluster of high-rise hotels and resorts seems a bit greasy or the yellow-sand beaches look grim, the city has its fair share of compelling attractions. The beautiful port city is inundated with tourists from all over Europe to its more popular Costa del Sol, one of the most highly populated and developed resort areas in Europe, with its hidden beaches providing a backdrop to the concrete high-rise hotels and apartments. Among the major points of interests are the citadels of Alcazaba and Gibralfaro. 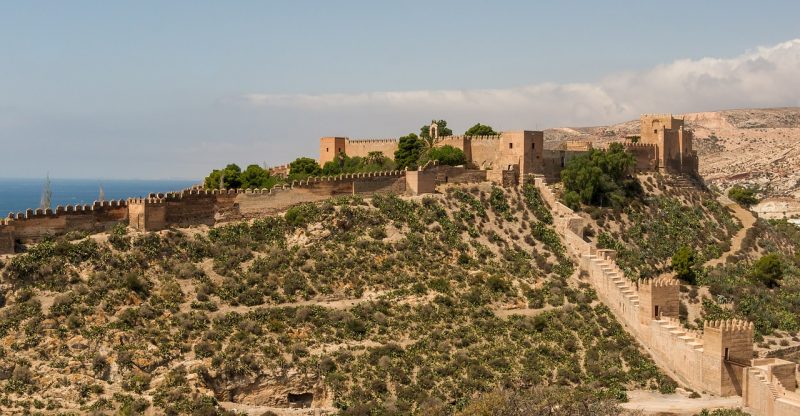 The province of Almeria is a pretty strange side of Spain that best preserved the remnants of the Moorish life and culture. This is perhaps the last region of the Spain’s Mediterranean coast with over 100 kilometers of untamed coastline. The large part of the province is still untouched, mostly to the east, while the western Almeria is entirely a different story. Among the other tourist attractions are Almerimar, Aguadulce, El Toyo, Adra and a number of unspoilt beaches. 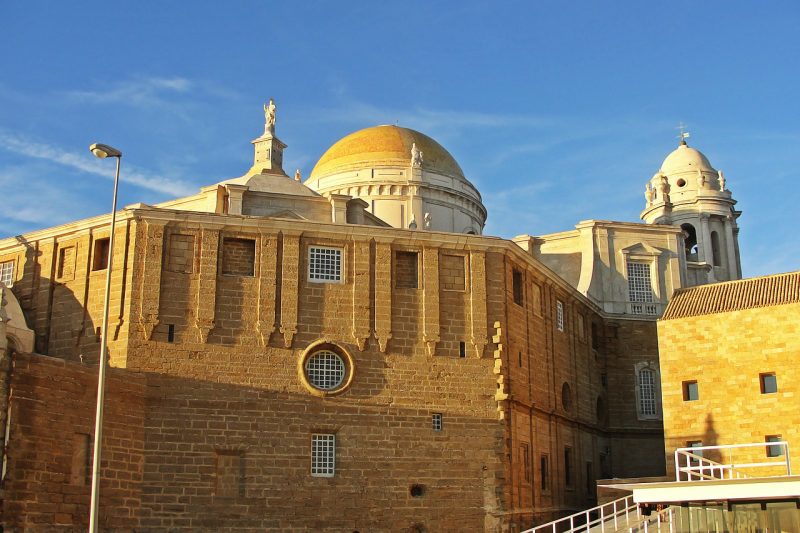 This is one of the oldest settlements in Spain founded by the Phoenicians around 1100 BC. The ancient center is probably in its fourth millennium by now, but its medieval Andalusian ambiance still pervades in its cheerful taverns, whitewashed houses, winding streets and colonial buildings. Unlike most of the port cities in Spain, Cadiz shares a relaxed, peaceful vibe, thanks to the seaside alamedas and sea fortifications. 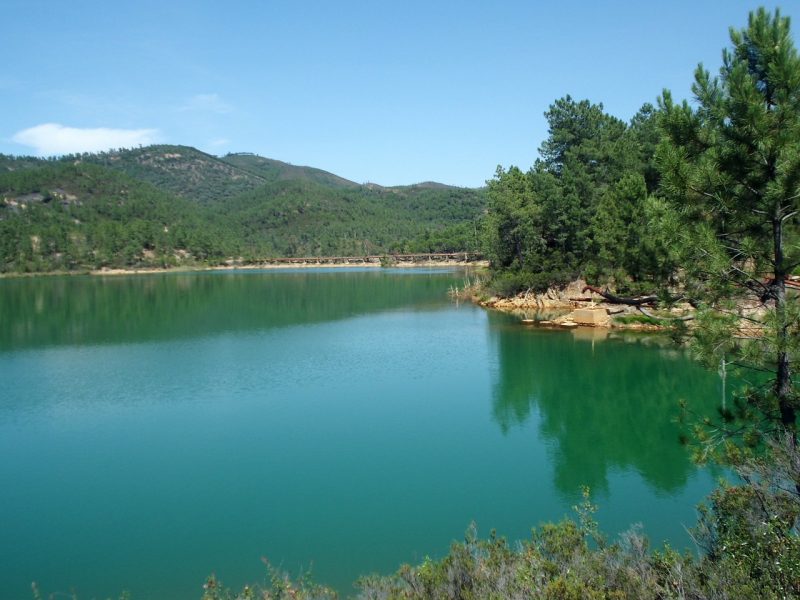 Huelva’s claim of fame mostly centers around Christopher Columbus who sailed from just outside Huelva before leaving from America. He embarked on an extraordinary journey that started from the port of ‘Palos de la Frontera’, along the ‘Ruta Columbina’ and ‘La Rabida’ monastery where he spent his final times before leaving for his personal voyage of discovery. 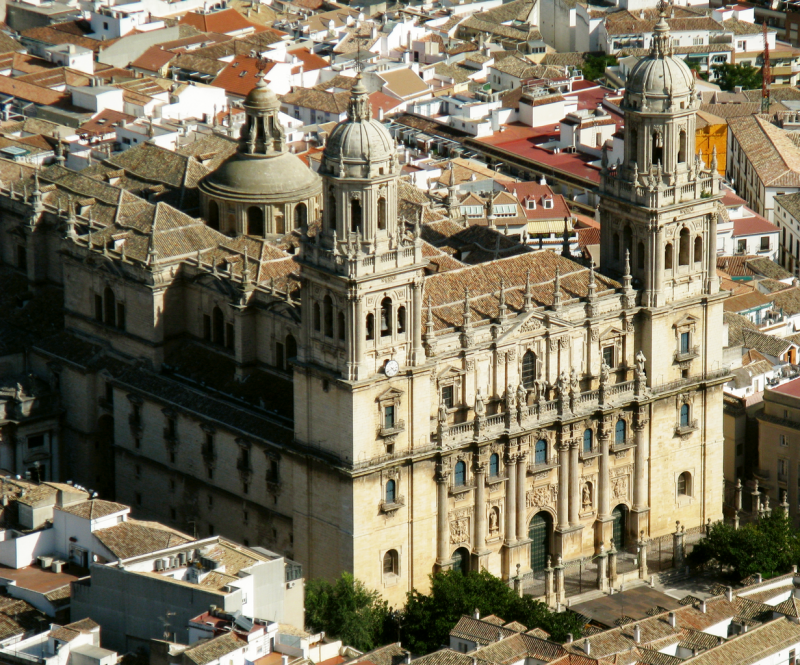 Dominated by its medieval fortress, the province of Jaen may not be your ideal holiday destination but it has its fair share of historic gems that are worth taking a look at. The province of Jaen is best known for its abundance of olive trees that dominate the wide landscape on a grand scale. If you fancy yourself for a history lesson, the nice little cathedrals, and the Moorish baths are a good start. The small towns in the area boast a plethora of outstanding Renaissance buildings, cheerful palaces and century-old churches that are worth visiting as well. 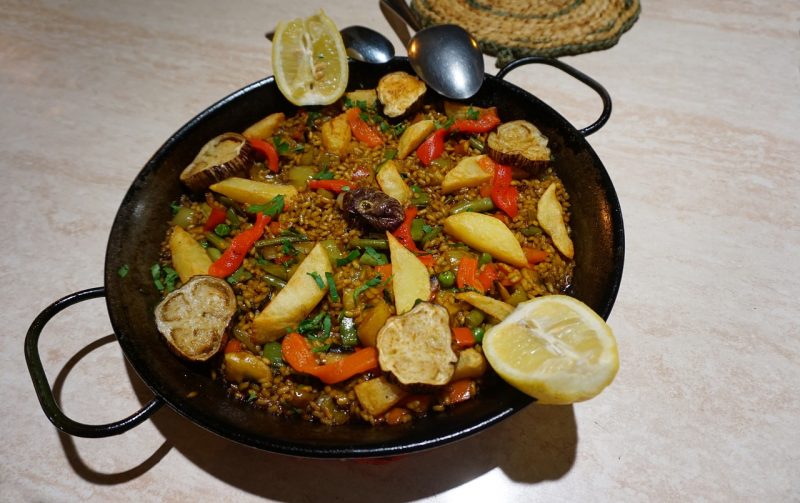 Join in on a fantastic gastronomic tour as you make your through the kitchens of Andalusia’s finest chefs and get to taste the different flavors of Spanish culinary culture. The fine cuisine of Andalusia is known to all, but you will never know how authentically Spanish they are until you’ve tasted all the flavors of the land. The exuberant culinary scene around the local markets, vineyards and farms is truly unmatched.