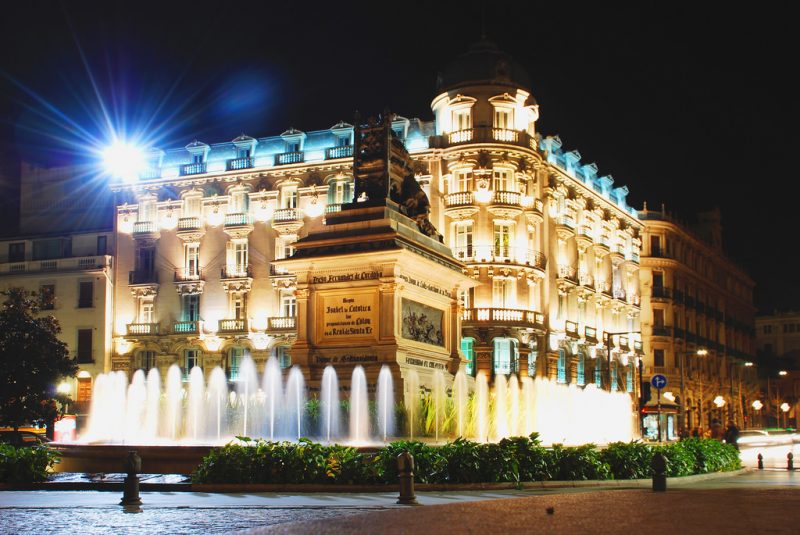 Granada is known as the city full of students, thanks to which, the nightlife out here is fun, colorful and bustling! The city is popular with tourists who love the clubs and bars here, for their Spanish, and often Arabic inspired style. Here are some of the Nightlife to enjoy in Granada.

Discoteca aliatar is a club placed in a historic building located in the center of Granada. The place was formerly a theater that was converted into this bustling social nightlife. Discoteca aliatar is the hottest drinking place in the area with colors and noise bursting through the doors. The club also organizes presentations of companies, conferences, festivals, dining, theme parties, catering, and events of all kinds. This is one wonderful nightlife to enjoy in Granada.

Sala Quilombo is a small but happening bar. It is located in the corner of Realejo quarter of Granada. The place with the varied music plays host to a number of DJ from all over Europe. The club is best suited to all kinds of tastes and plays everything including house, techno, etc. the drinks are wonderful, the social life is friendly and the place is thus very popular. The club offers delicious cocktails, beers, and wines for the perfect night in the city. Get your evening started and put this on your list of nightlife to enjoy in Granada.

The El Son Bar is a place for every kind of visitor to cherish. The bar offers some beautiful Latin music upstairs and a groovy dance floor to show off your moves in the basement! People from every age group have El Son bar as their favorites, especially the ones in the area. Here, you can expect to find something for everyone. The place is a great demonstration of a Spanish-style party. The guests can enjoy the delicious cocktails and the varied music till late night hours.

Plantabaja is an old bar that sees a variety of crowd. It invites some of the best DJs and is an ever growing club in matters of popularity. It also offers a diverse taste. One can enjoy a lazy lounging session upstairs or head downstairs for some hip hop. The place is mostly famous for the fun concerts it holds. Plantabaja plays every kind of music to suit every mood and thus is a great attraction for diverse and cosmopolitan guests!

Bodegas Castaneda is a traditional Spanish bar which is a famous among the locals for the delicious wines and tapas! It is divided into two parts: go for the Calle Almireceros side for a view of traditionalism. It is located at the intersection of a street and has both parts in each. The locals and tourists love this place alike, with its awesome food and wines. the club offers drinks in huge, tempting walnut cases and that is one of the featured favorites of the visitors. The environment is friendly and relaxed, more traditionally Spanish, but is sure a happening place if you look for a great nightlife to enjoy in Granada!

Bodegas Espadafor is an ancient bar, featuring old posters and murals on the walls and large authentic wine barrels to complete the atmosphere. It is situated just off the Via Colon and is a traditional Grenadine bar. The bar offers delicious evening meals and tapas, the menu containing most loved Spanish specialties. Some of the delicacies include tortilla, Jamon, seafood like octopus and shrimps. The place is an attraction for both tourists as well as locals and thus makes for a bustling and noisy night.

A lively and bustling bar, Booga Club is one of the most interesting nightlife to enjoy in Granada. It stays open until 7 am in the morning and is a happening place full of fun loving people. The taste is modern with hip-hop, jazz and reggae music which makes you want to groove. The bar offers free drinks along with the entry ticket. The place also plays host to various music events and weekly flamenco. The small but never disappointing club is a local favorite and promises a fun filled night!

An epitome of fun, Chupiteria 69 is a favorite bar among the student community of Granada City. It plays host to the idea that one earns a point for each shot, which can be redeemed for various stuff available out there. It is one of the best nightlife to enjoy in Granada. The stand-up bar is mostly lively and fun with the ever-curious young crowds, especially during the nights!

A friendly and lively atmosphere to be in, La Marisma is yet another bustling place mostly derived from the local students of Granada city. With the large beers under budget and a fun-filled Spanish experience, this bar is sure to have you moving and grooving. It also offers pipas, sunflower seeds, etc alongside your beer and makes for a comfortable place to spend the night. This nightlife is an awesome choice for drinking and making friends while at Granada!

With a lively, camp atmosphere, Six colors is one of the best nightlife to enjoy in Granada city. A prominent gay bar, this place guarantees an enjoyable night out. The bar is place for straight guests and gays, who claim this bar to be a favorite. Six Colors is a bustling and colorful place to go partying in. the dance club and bar has a fun and lively spirit aound itself which makes for a young, upbeat and friendly nightlife. The bartenders dressed up flamboyantly offer delicious drinks. This place is one to go and enjoy!

On a tour to Granada, and missing out its nightlife? Big mistake! The oh-so-fun filled atmosphere and colors, lights and fun flying in the air, you should surely not give up on the city’s clubs and bars. the Spanish experience of the best nightlife to enjoy in Granada is one that you can cherish forever. So go ahead and show some of those moves!