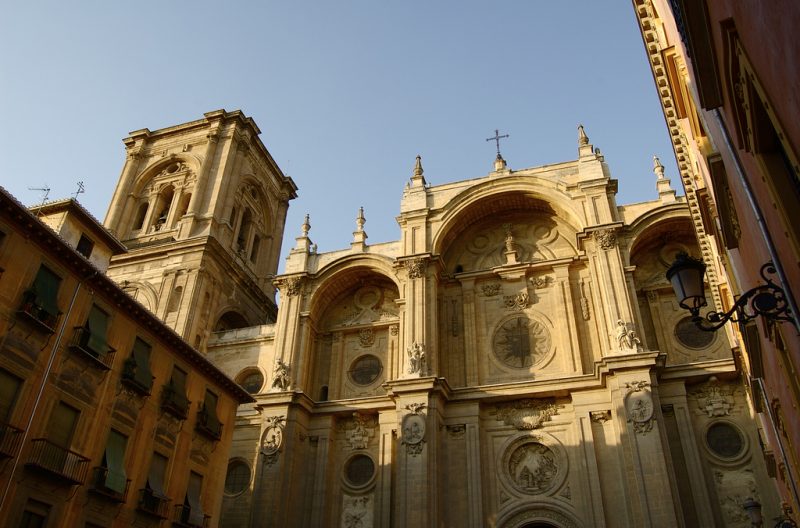 Located in the beautiful city of Granada, Granada Cathedral, or the Cathedral of the Incarnation is a breathtaking church designed in baroque and renaissance style. As a matter of fact, it is one of the best example of the Spanish renaissance and it is one of the most popular tourist attractions in this part of the country. Granada Cathedral stands in the very heart of the city and you will be able to find it easily. 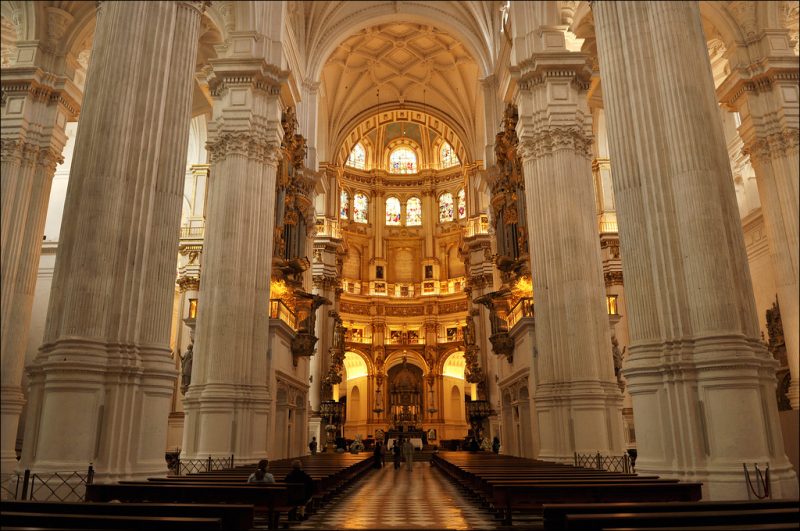 Enrique Egas who was an exceptional Spanish architect laid the first stone of this building in 1523. The cathedral was eventually completed five years later. Egas was replaced by another architect during that period and that switch is responsible for the combination of architectural styles we see today. 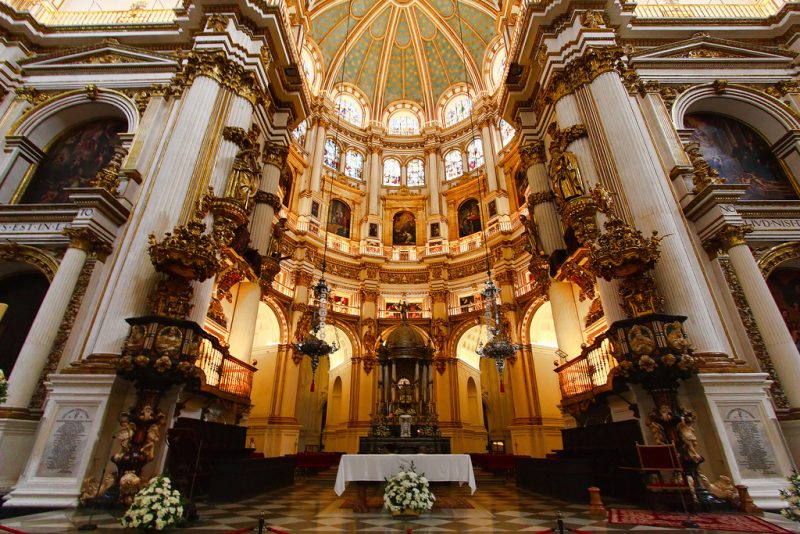 Egas preferred the gothic architecture, while his replacement – Diego of Siloam studied architecture in Italy and was heavily influenced by renaissance. This unusual combination makes Granada Cathedral very unique because the foundation is done in a pure gothic style, while the rest of it is inspired by renaissance and Italy in general.

3. The cathedral is a piece of art 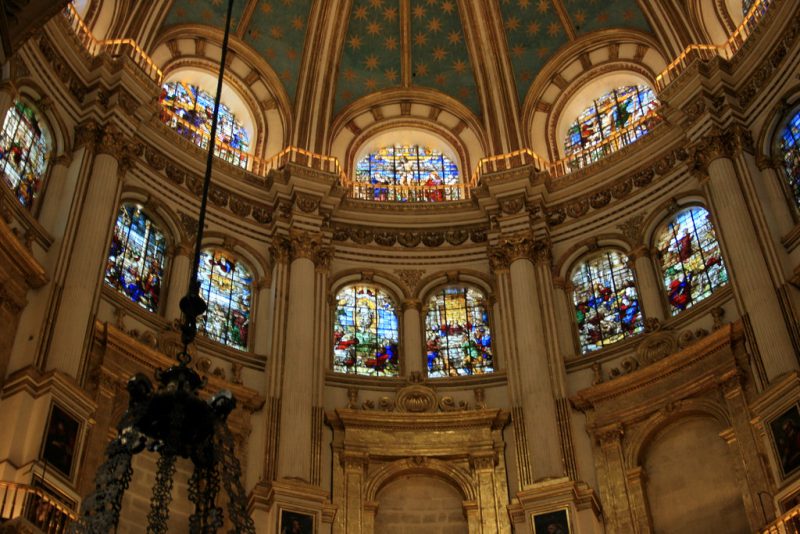 Once you step inside, you will be amazed by all the intricate details Granada Cathedral has.  The dome is a work of Alonso Cano and it contains both paintings and sculptures done by this artist. The sidewalls are also heavily decorated with breathtaking paintings that depict various religious moments and scenes. 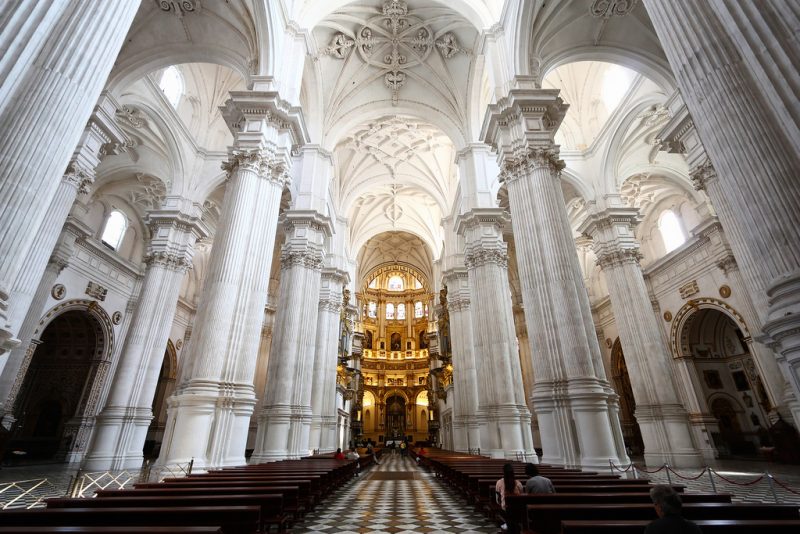 The gothic portal that stands between the cathedral and the chapel is an excellent example of the influence of the gothic architecture on this building. The religious figures and biblical scenes are hand carved in the columns of the portal. The carvings also include some historical figures from Spanish history.

The Royal Chapel is connected to the cathedral and it is the final resting place of two of the most notable historical figures from Spain. So if you are a history buff, visiting The Royal Chapel is a must because you will be able to pay your respects to Queen Isabella I of Castile and King Ferdinand II of Aragon, and a couple of other members of their family.

Sacristy Museum is a part of the Royal Chapel and it has plenty of interesting artifacts closely related to the Spanish royal family, as well as a couple of paintings done by famous painters that were in possession of the royal family. This museum also has Queen Isabella’s library on display. 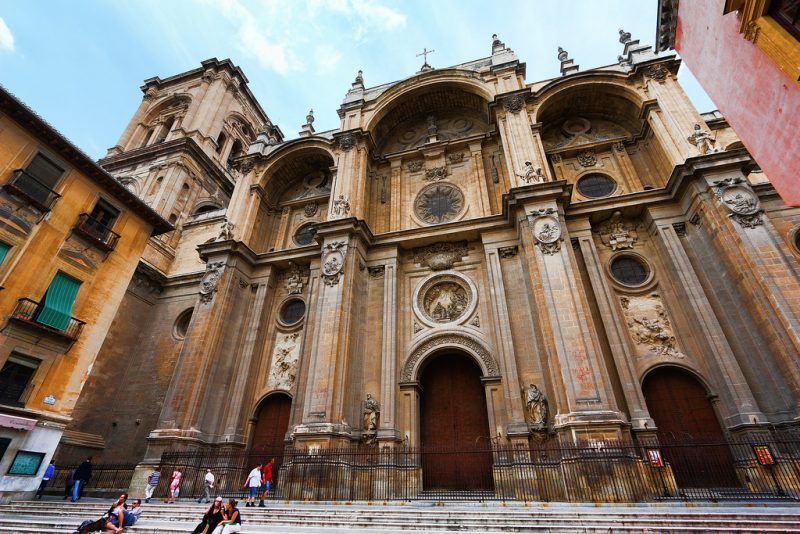 The entryways of Granada Cathedral are well-known because they are one of a kind and very detailed. There are three entryways in total and they are called Ecce Homo, San Jerónimo and El Perdón. There are so many interesting details both around the doors, as well as on them. They are an absolute treat for anyone who loves architecture and art.

Once you finish touring Granada Cathedral, you can move on to the old chapter house that serves as a small makeshift museum on the grounds. It is not large but it has a number of very interesting art pieces that are closely connected to Granada Cathedral and you will enjoy them without a doubt.

9. It is a popular tourist attraction 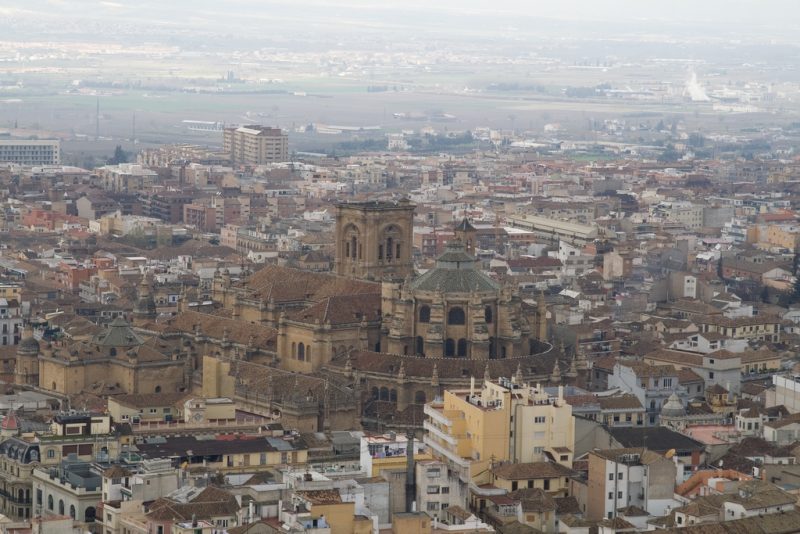 Granada is a gorgeous city with rich history that has a lot of fascinating tourist spots you can explore on your own, but Granada Cathedral continues to be among the favorites. Thousands of visitors come to Granada every year just to see this magnificent building and it is really worth it.

10. The fee is affordable 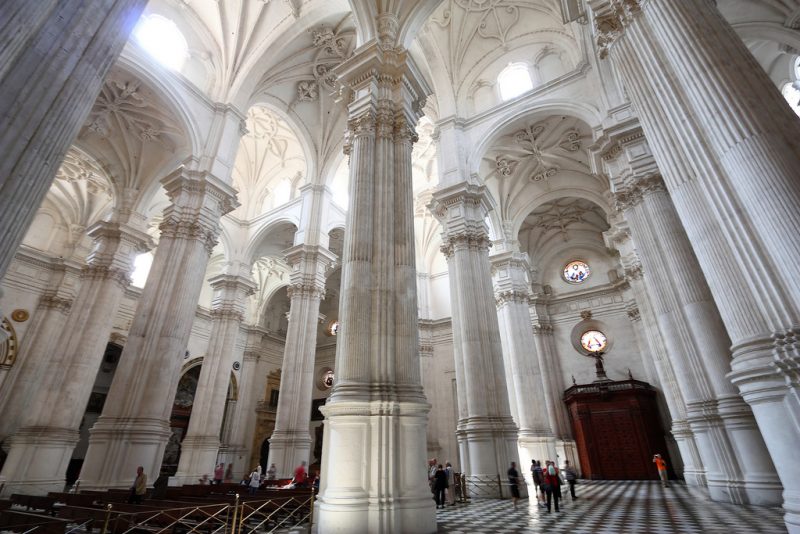 In order to get inside the cathedral, there is a small ticket fee you have to pay. The usual cost is €5 for adults who are visiting the cathedral on their own or as a part of a group. Students do have a discount and their ticket costs €3.5. Children can enter the Granada Cathedral for free.

Even though tourists usually come to Granada to see Alhambra, Granada Cathedral is a close second on that list. It is a unique cathedral that will awe you with its breathtaking architecture and you simply have to see it if you happen to be in this city.

10 Nightlife to Enjoy In Granada