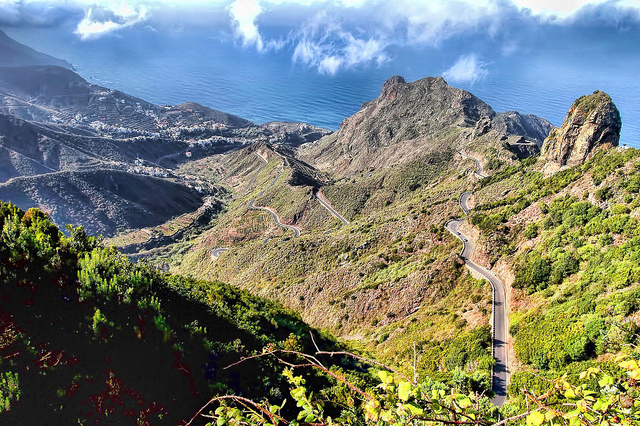 Tenerife is the largest island of Canary Islands which is surrounded by Mount Teide. Teide is a volcano and it was last erupted in 1904. Here are 10 things you would like to know about Tenerife Volcano.

1. The formation of Las Cañadas Caldera

Teide is a stratovolcano surrounded by the Las Canadas caldera which is 7-12 miles (12-20 km) in diameter and partial filled by Montana Blanca, Pico Viejo (which has a large explosion crater), and Pico de Teide.

Teide is  3718 meters high and is the highest mountain in Spain. It is also the world’s third largest ocean island volcano and is still active! Although the last eruption occurred in 1909. However, it is still an active volcano and isn’t dead yet.

According to the traditional beliefs of the Canary Island aboriginals, Guayota, the devil, lived inside Teide (hell), and he kidnapped the god of light and sun, Magec and took him down inside Teide.  The Guanches asked Achamán – their supreme god – for mercy, and he managed to defeat Guayota, rescue Magec from the bowels of Teide and plug up the crater. It is believed that the whitish plug that Achamán put in place is the last cone of the volcano, forming Teide.

Teide is the third largest volcano in the world. El Teide on Tenerife after  Mauna Kea and Mauna Loa in Hawaii. It is 3,718-metre high which lies in the Canary Islands and is the highest point in Spain.

5. Origin of the name

Before the original name of Teide, the native Gaunches used to call the volcano Echeyde which means hell in the legendary name. Later on, the volcano was referred as El Pico del Teide or simply Teide which is the modern Spanish name.

According to recent research, the volcanic mountain will probably erupt violently in the near future because its structure is very similar to other volcanic mountains. The volcanic eruption may cause mega Tsunami and drastic loss in the future.

On his journey of uncovering, Christopher Columbus evidently saw the 1492 eruption of Mount Teide with his own eyes when he was hiking past Tenerife in 1992. Various other discoveries and live finding have been reported by different explorers like Sir Edmund Scory, English traveler J. Edens and his party, Hans Heinrich Joseph Meyer, etc. 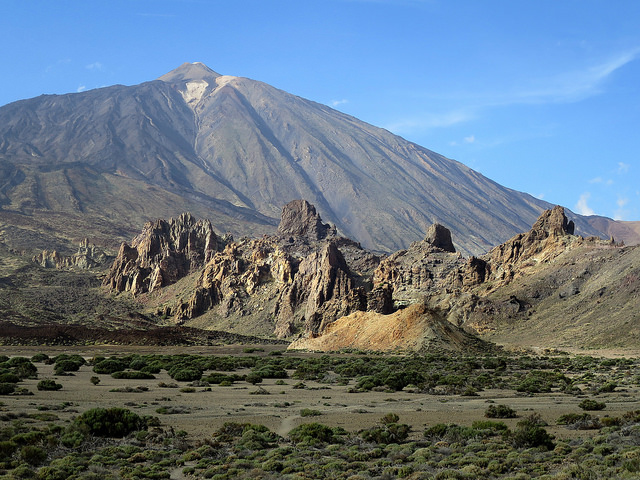 Tenerife offers a beautiful Teide National park which is also a useful volcanic reference point for studies relating to Mars because of its similar structure and environmental conditions. Various researches have been made for the discovery of life on Mars and testing new robots vehicles. Still this place is used for scientific references.

This Tenerife volcano and the areas of the land surrounds directly making up the famous Teide National Park. This place was officially declared World Heritage site on 28th of June, 2015. Almost 3 million tourists come to visit every year in this place. The site is preserved and protected strictly by its local people and staffs.

Tenerife Observatory also known as Teide Observatory is an astronomical observatory located on Mount Teide which is operated by the Instituto de Astrofísica de Canarias. Various solar, radio, microwave telescopes, night-telescopes are used to observe different astrology. It is probably the largest astrological observatory in the world.

10 Exciting Attractions You Must Experience in Tenerife

15 Accommodations to Stay in Tenerife

10 Things to Know about Siam Water Park in Tenerife

15 Things To Do in Puerto de la Cruz