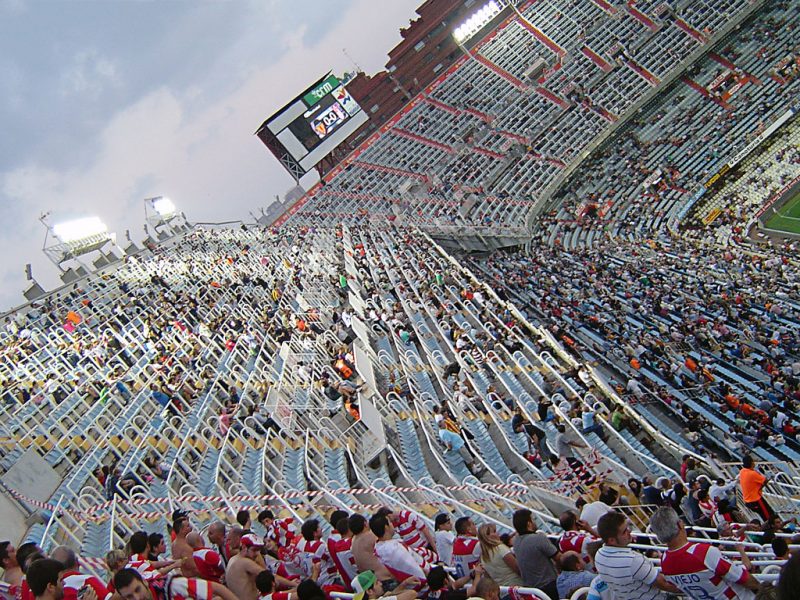 1. The Construction and Opening

Nou Mestalla stadium under construction is still not finished even though they started back in 2007 #Valencia #Spain pic.twitter.com/yKOyXss26Z

The construction began in the year 1919 and was spearheaded by the architect Francisco Almenar Quinza. Four years later, in 1923, the stadium broke ground and on May 20 of that same year, it was opened to the public. The opening of the Mestalla Stadium was inaugurated by the friendly football match between the clubs Valencia CF and the Levante UD.

2. The Past and Present Seating Capacity

3. Effects of the Spanish Civil War and Restoration

When the Spanish Civil War broke out in the years 1936 to 1939, the stadium was converted into a storage warehouse as well as a concentration camp. The grandstand was also damaged. The restoration of the stadium was started during the 1950’s. However, in October 1957, the Turia River broke its river banks which resulted in a flood, thereby causing damages again to the stadium. More improvements have to be done which resulted in its appearance nowadays.

5. A Tour of the Stadium

Visited the Estadio de Mestalla today. What a great stadium! Had a great holiday in Valencia! #ValenciaCF #VCF pic.twitter.com/V9qXPs2OII

Tourists have the chance to visit the stadium through a stadium tour. Tours can be scheduled everyday except during certain dates and holidays, namely, January 1, January 6, and December 25 each year. Each tour will be guided so you have to make sure that you follow certain tour guidelines that will be provided to you. You will also be given an itinerary as to which areas of the stadium you will be visiting.

6. Timetable of the Stadium Tour

Tours are scheduled almost everyday. On a day with no match being scheduled, the tour can start from 10:30am to 2:30pm and 3:30pm to 6:30pm on Mondays until Saturdays, with the last tour scheduled at around 5:30pm and the consult tour at around 6pm. During Sundays and holidays, tours begin at around 10:30pm up to 2:30pm with the last tour starting at 1:30pm and the consult tour at around 2pm. However, when there is a match scheduled on that day, the tour can be done 5 hours before the game begins. The dressing room cannot be toured at that point.

If you decide to go on a tour of this stadium, you should know about the prices. Tickets cost 10 to 20 euros for adults, 7 to 80 euros for reduced tickets, and 5 to 70 euros for subscribers or shareholders. Reduced tickets refer to tickets sold to children who are 6 to 12 years of age, those individuals who are 65 years old and above, unemployed, pensioners, retirees, those with Carnet Jove and those with student cards. Children aged 0 to 5 years can join the tour for free. There is also a 10% discount off of the main ticket for large families.

8. How to Get to the Stadium

If you decide to walk to the stadium from either the main railway station or the cathedral, it will only take you less than 30 minutes to reach the stadium. If your starting point is at the airport, then, you can take the Line 5 of the metro as it will stop at Aragon which actually lies just next to the Mestalla Stadium. You may also take Line 3 as it will stop at Facultats. Once you reach Facultats, you can walk to the stadium which will take only around 5 minutes.

Various games take place in the Mestalla Stadium. You can purchase tickets for the games you like over the Internet on Entradas.com or Ticketmaster which is the official website. You can personally buy tickets, as well, via Mestalla ticket windows. At times, foreign credit cards are not accepted by these two main websites. Do not worry as resellers are also available, such as ticketbis and viagogo.

The prices for the tickets may start from 10 euros up to 65 euros, depending on where the seat is located as well as who the opposing team is. In most cases, ticket prices may range from 15 euros up to 35 euros. Matches with Barcelona teams and Madrid teams may be more expensive with regards to price than the normal price range.

The Mestalla Stadium is being visited not only because it is a stadium where matches are held but also because of the history behind its construction. Being inside the said structure, tourists will be able to appreciate its beauty and its size. You will definitely have a good experience when you visit this stadium.