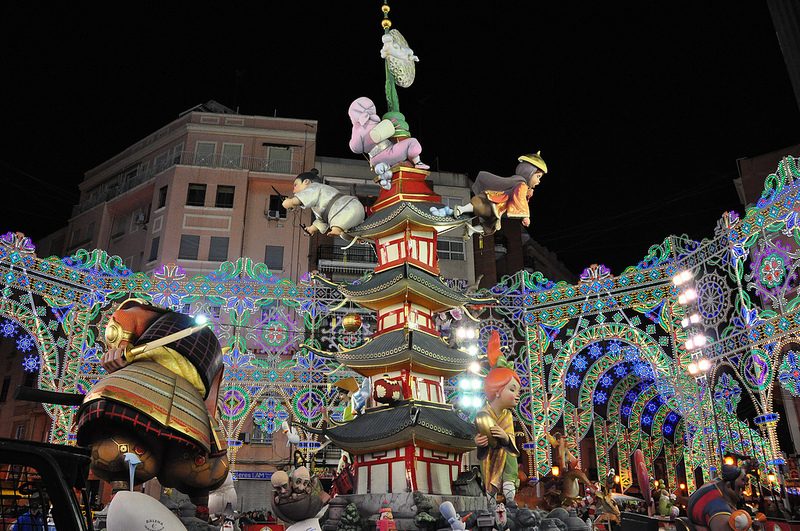 Valencia is the capital of the autonomous community of Valencia and the third largest city in Spain after Madrid and Barcelona. This beautiful city is located at the Mediterranean sea with being a wonderful city with thriving culture, eating and nightlife scenes. Here are some of the facts to know about Valencia.

Valencia is leading economy center in Spain. Valencia is best known for producing textiles, metals, chemicals, toys, automobiles, and azulejos. They are exported to the different cities in Spain as well as out of the country. The city is also an important center for the marketing of agricultural and horticultural produce, especially fruit.

3. Origin of its name

The name Valencia came from  the word”Valentia” which means valor, bravery, strength in English.  It was named according to the Roman practice of recognizing the valor of former Roman soldiers after a war. The people of Valencia are called Valencian people or simply Valencianos.

Valencia’s port is the biggest on the Mediterranean western coast.  It is the first of Spain in container traffic as of 2008 and the second of Spain in total traffic, handling 20% of Spain’s exports. This port has more than 15,000 employees who provide services to more than 7,500 ships every year.

The weather in Valencia can be hot. The record maximum temperature in this city is 42 degree Celsius. Since the climate is warm here, many tourists come to travel here to get sun in winter and relax in beaches. Not only that, different species of birds also come to reside during the cold season.

In Valencia, there are two official languages spoken. They are Valencian and Spanish.  Due to political and demographic pressures in the past, the predominant language is Spanish, but Valencian is taught and spoken in most of the surrounding metropolitan area and the province of Valencia. In short, people can speak and understand both languages fluently.

The 15th century was the time when Valencian Golden Age happened when the city was the most populous and rich in the Kingdom of Aragon. It was the time of economic expansion in which the culture and arts flourished. Still in different parts of the cities in Spain, the historic cultures are still in practice.

The Valencia Cathedral is situated in the center of the ancient Roman city where some believe the temple of Diana stood. Although there are several styles of construction, this cathedral is basically a Gothic building. It was called  Iglesia Mayor in the early days of the Reconquista, then Iglesia de la Seo, and by virtue of the papal concession of 16 October 1866, it was called the Basilica Metropolitana.

Valencia attracts many visitors yearly because of  thriving culture, eating and nightlife scenes. Valencia has a number of the city which has numerous convention centers and venues for trade events. Valencia is best known for its trade and culture, cinema, theater, museums, magic, business, and more.

Valencia is the only city in Spain which have two American football teams in LNFA Serie A, the national first division: Valencia Firebats and Valencia Giants. The Valencia Firebats have been national champions three times and have represented Valencia and Spain in the European playoffs since 2005.

10 Things to Know about Aquarium in Valencia

10 Things to Know about Benidorm Airport