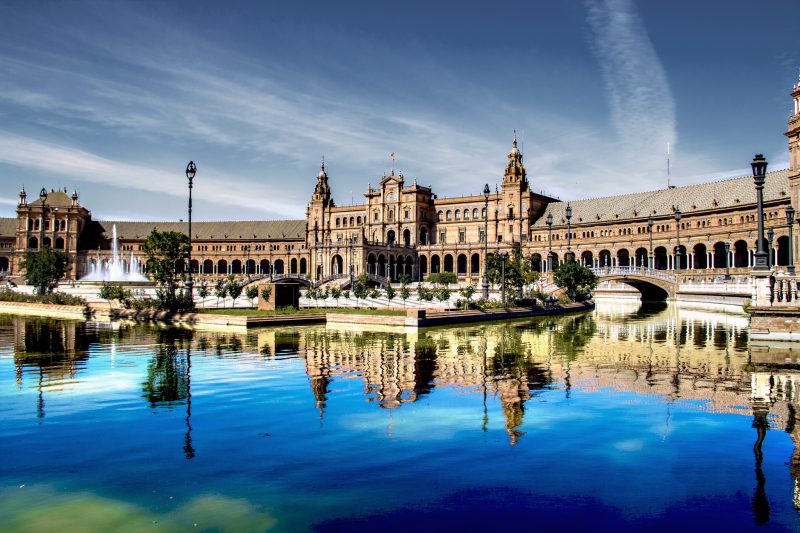 Sevilla is the capital of Andalusia, as well as the province of Sevilla in Spain. With its unique heritage, rich cultural background, amazing restaurants and thrilling nightlife, Sevilla is truly a tourist’s paradise. Sevilla offers its visitors with a number of things to do- you can go on trips, visit famous buildings or just go out for sightseeing and admiring the beauty of the region. 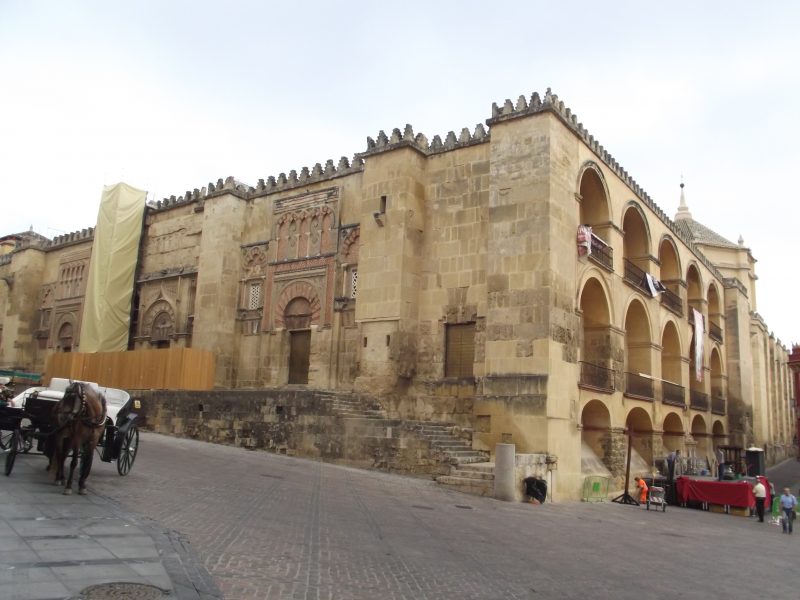 If you love to go out and explore things, this is the best activity for you! You get to check out a number of buildings of great historic importance, such as the Cordoba Mosque-Cathedral as you set out from Sevilla to Cordoba. You can even opt for an on-feet tour of the Carmona and get to know about its history. In addition, your transport to and from the hotel is included in the trip package. 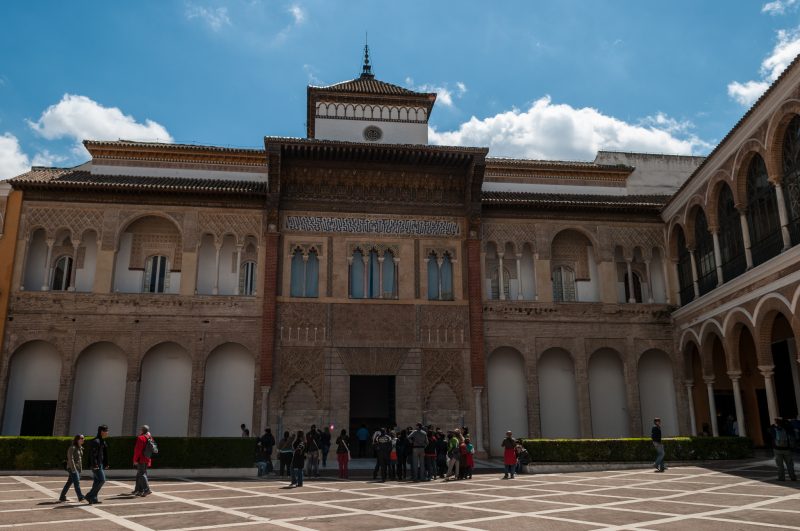 The Alcazar of Sevilla is a royal palace in Sevilla which was built by the Muslim kings of the Moorish era. It is considered as one of the most beautiful buildings in Spain, as well as one of the most perfect representations of the ‘Mudejar’ architecture in Iberian Peninsula. It was registered as a World Heritage Site by UNESCO in 1987. The top floors of the building are still in use by the royal family. 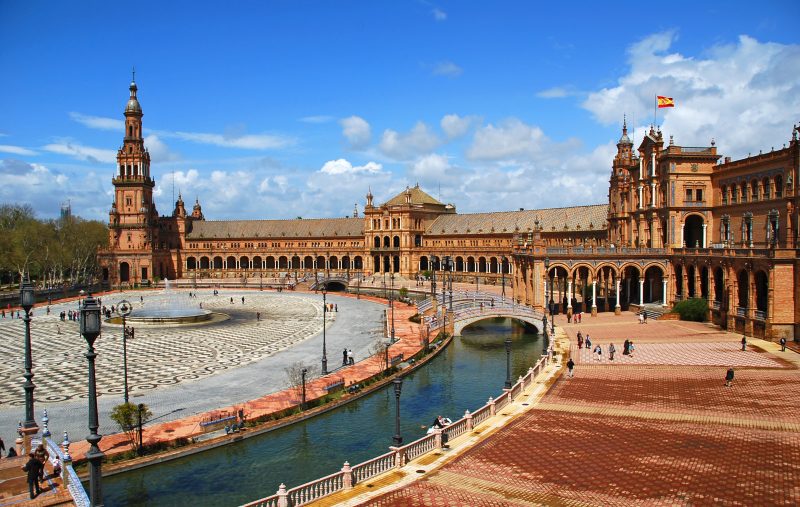 The Plaza de Espana in Sevilla is a plaza in the Maria Luisa Park. It was built in 1928 to host the Ibero-American International Exposition of 1929. It is an amazing building which shows the use of two types of architecture: the neo-mudejar from the Moorish era and the Renaissance Revival. The building is an excellent place for those who have a love of architecture, as well as history.

4. Check Out the Sevilla Cathedral 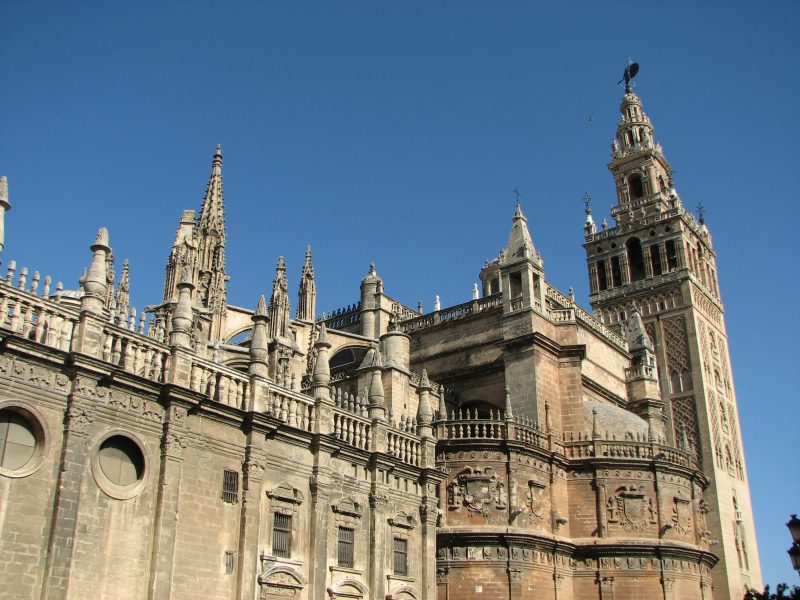 Sevilla Cathedral is a Roman Catholic church in Sevilla. It is the world’s largest Gothic cathedral, cathedral and the third-largest church in the world. It was also registered as a World Heritage Site by UNESCO in 1987. It also houses the grave of the famous explorer and traveler, Christopher Columbus which makes it a must visit place for people who visit the city.

5. Go to the Maria Luisa Park 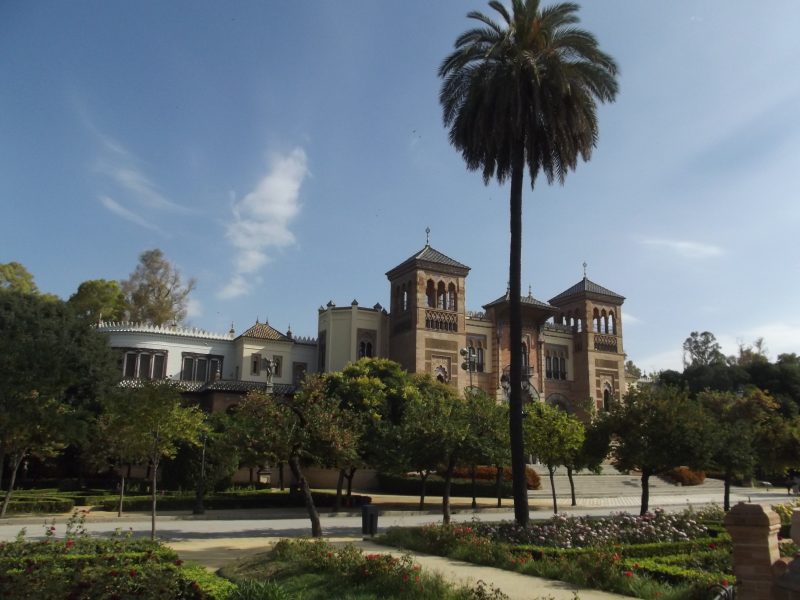 The Maria Luisa Park or Parque de Maria Luisa is a park in Sevilla. It is the main green region in the city and it runs along the Guadalquivir river. The park hosted the 1929 Expo and is home to many old buildings. It also consists of many trees and colorful benches and is an excellent spot for anybody who visits Sevilla. Visitors can engage in a number of activities in the park, such as walking or boating.

6. Take a Look at the Giralda 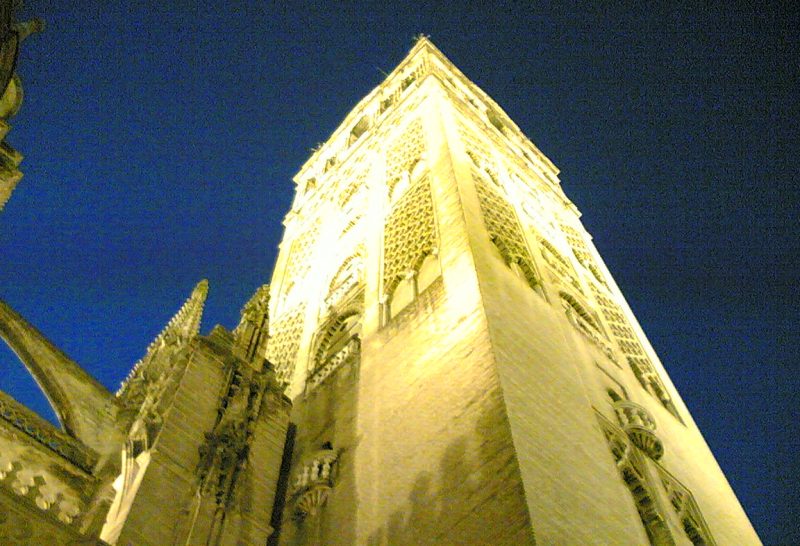 The Giralda or La Giralda is a part of the Sevilla Cathedral. It is a bell tower, which was constructed as a minaret during the Moorish era, but was later converted into its present state. The tower is 104.1 meters tall and has been one of the symbols of Sevilla since the medieval ages. It is a point of interest for many tourists and you should go there if you visit Sevilla. 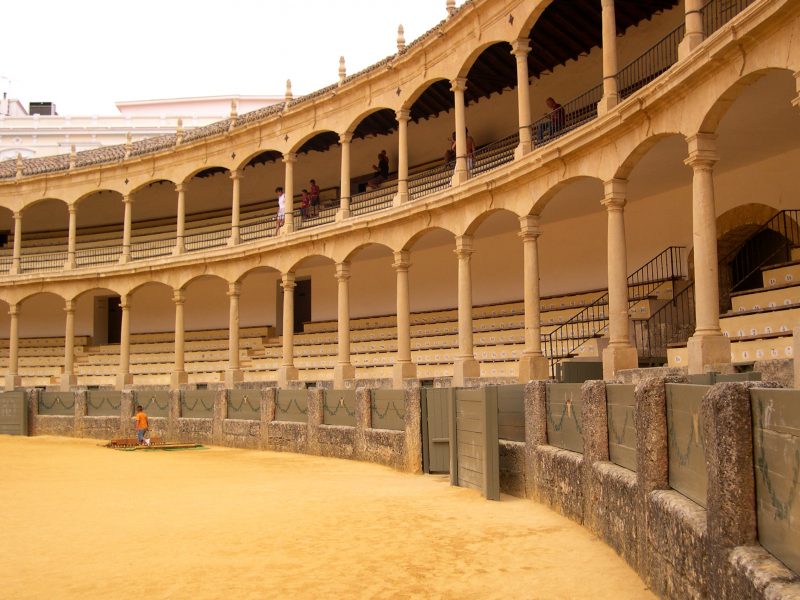 This is another day trip from Sevilla. It is headed towards Ronda. you would get to visit many popular buildings, such as the Plaza de Toros, which is an ancient bullfighting ring . Also, you will get to taste some local wines at the Sangre de Ronda winery and visit the Wine Museum of Ronda. Apart from that, you will get some free time to explore the Ronda on your own. 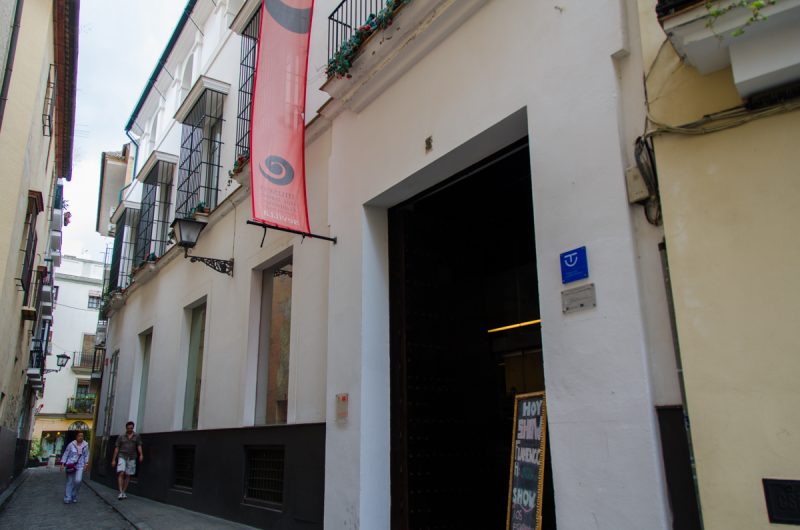 Museo del Baile Flamenco is an excellent place for anybody to view the traditional flamenco dance in Sevilla. It is located in the Barrio de Santa Cruz, which is a labyrinth of narrow streets in the heart of the city. The central patio of the museum has been designed in such a way that it can act as a stage for the performances, which can be viewed by a small audience.

9. A Visit to the Iglesia del Salvador 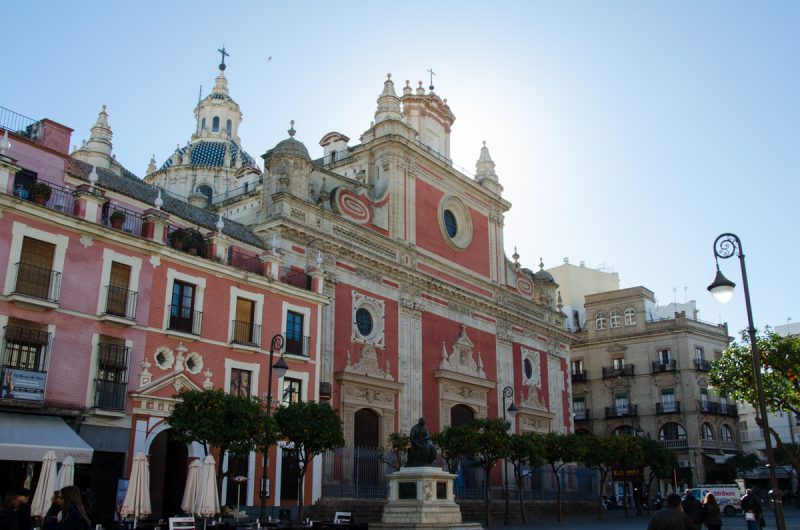 Iglesia del Salvador is Roman Catholic church in Sevilla. It is the second largest church in the city and is built on the ruins of a mosque. It still demonstrates elements of the Roman and the Visigoth times, especially in the yard. The mixing of the elements of separate times makes it a very interesting spot for architecture lovers. 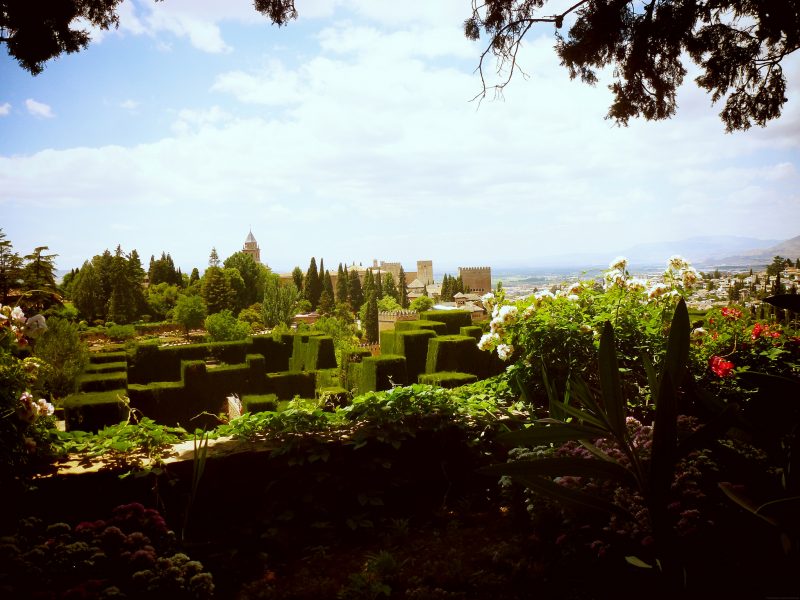 This is a complete day trip to Granada from Sevilla. You would get a chance to visit the stunningly beautiful Alhambra and Generalife Gardens. In addition, you will be given some free time so that you may explore Granada by yourself. You will be assisted by an expert English, as well as Spanish speaking guide in order to make your trip as convenient as possible.

11. Go to the Metropol Parasol 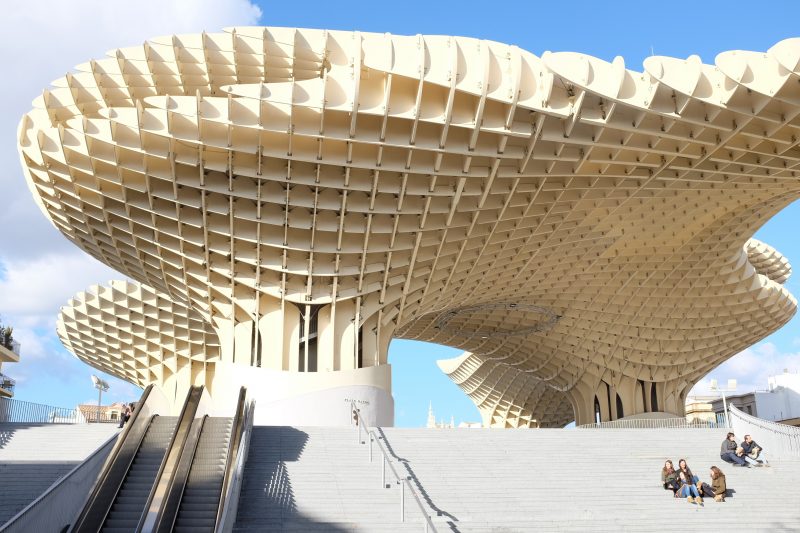 Metropol Parasol is a building made up entirely of wood. It is located in the La Encarnación square in Sevilla. It is the world’s largest wooden structure and is a must visit place for anybody who goes to Sevilla. It also consists of a market and a terrace, which make it even more interesting among the tourists in Sevilla. 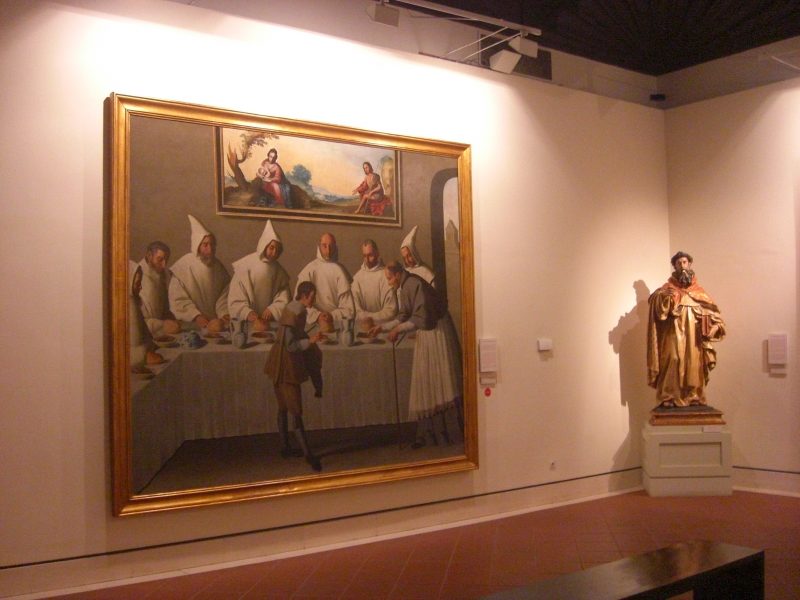 The Museum of Fine Arts, Sevilla is a museum which consists primarily of Spanish artworks from the medieval ages to the twentieth century. It also contains artworks from the ‘golden age’ of culture and arts in Sevilla, the seventeenth century. It is a good place to visit and spend a few hours, admiring the works of art which were created many years ago. 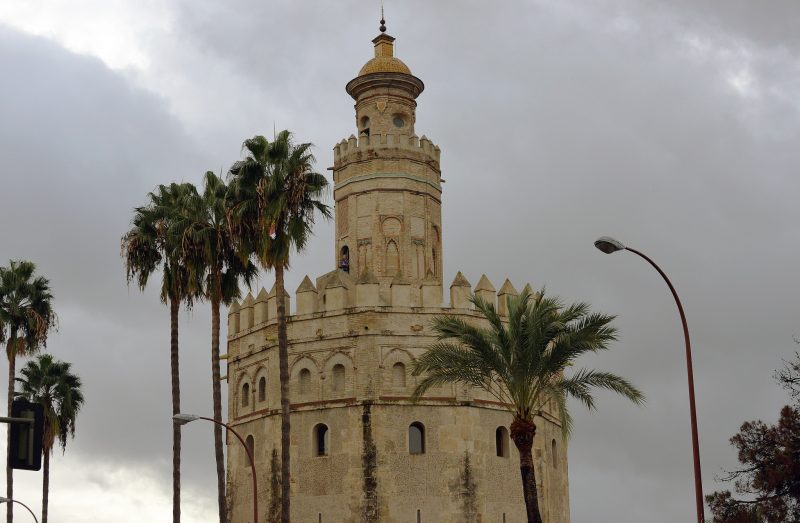 If you want to take a tour of the entire city of  Sevilla without having to spend much energy, this is just the thing for you! You, accompanied by a guide go on a tour of Sevilla, visiting important locations, such as the Torre del Oro and neighborhoods like Triana. The tour is conducted in groups of eight, ensuring that your privacy does not get sacrificed.

14. Learn How to Dance Flamenco 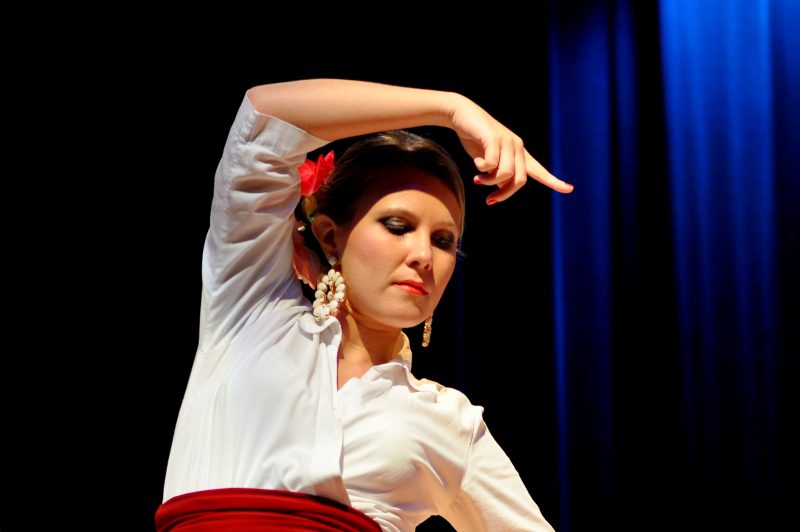 If you really want to experience Sevilla, you need to learn Flamenco and do it for yourself! You can learn it from a private tutor who will teach you how to dance Flamenco and pass on your emotions using this art. After the class, you will be allowed to relax in a bar with a drink. You will be picked and dropped from and to your hotel, so no transport worries! 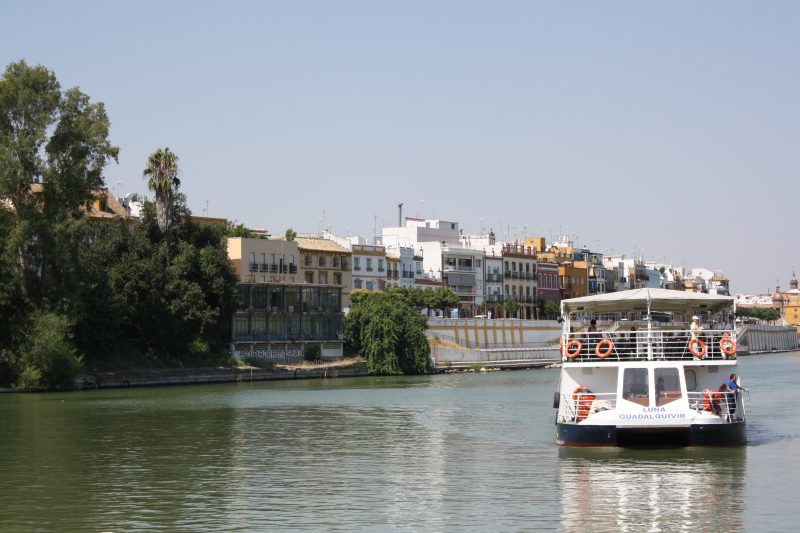 Yet another tour, but this time you get to sit in a boat too! Yes, you cruise through the Guadalquivir River, taking looks at famous structures like the Castle of Sao Jorge and hearing tales of the famous explorer and ex-resident of Sevilla, Christopher Columbus. The tour is conducted in groups of 10, so you would be given complete attention at all times.

Sevilla is a city packed with a unique collection of historic buildings, an immersive culture and many amazing experiences. If you get to visit the wonderful city, do not forget the activities mentioned above so that you may make the most out of your trip!

7 Places to Shop in Seville: What to Buy

15 Nightlife to Enjoy in Seville

15 Places to Shop in Seville: What to Buy

15 Things to Know about Sevilla CF