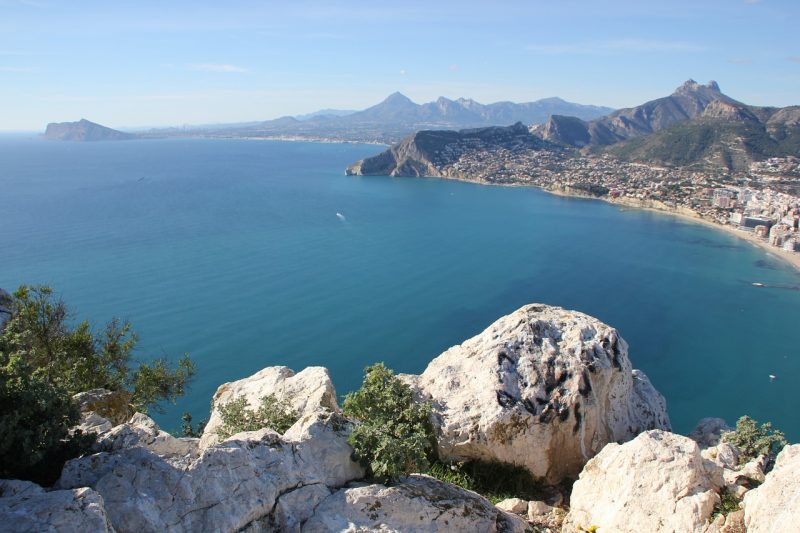 The bustling town of Santa Pola, located on the Costa Blanca close to Alicante, is best known for its fishing industry with 13 kilometers of coastline and a modern marina which takes pride in its excellent beaches which boast of some magnificent views of the salt marshes. A fabulous accommodation and recreational infrastructure blend in perfect harmony with the region’s privileged setting and the gentle climate.

1. Enjoy the Wonderful Flora and Fauna 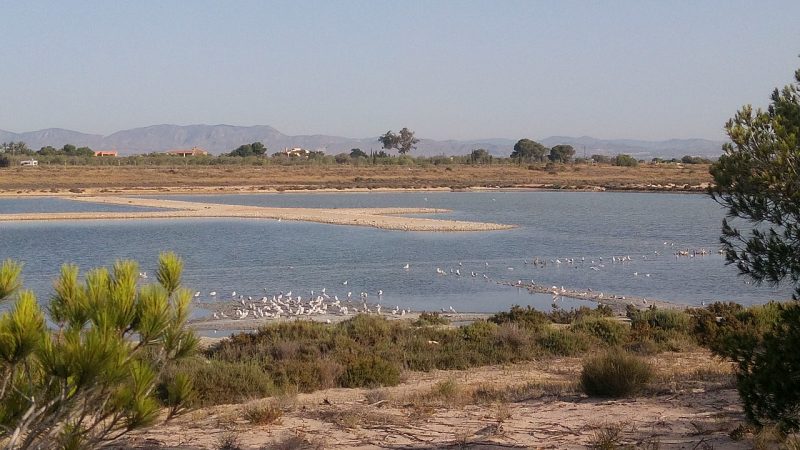 The 2,469-hectare of the Salinas Nature Reserve teems with wonderful flora and fauna which magnificently adapts to the region’s wetness and high salinity. Not to forget the amazing wildlife, and more than 3000 flamingos and other migratory birds that roam freely in the skies. Three different botanical areas form the major part of this nature reserve: the salt marshes, the vegetated dunes, and the reef beds.

The 20th-century Plaza de la Glorieta is the main square of Santa Pola and is a great place for a social gathering. A quiet little space in the day, the plaza turns alive at the night as all the locals come here to eat and drink. This place is a perfect place for an evening stroll, and there are many stalls in the vicinity serving drinks, ice cream, and various Spanish treats. 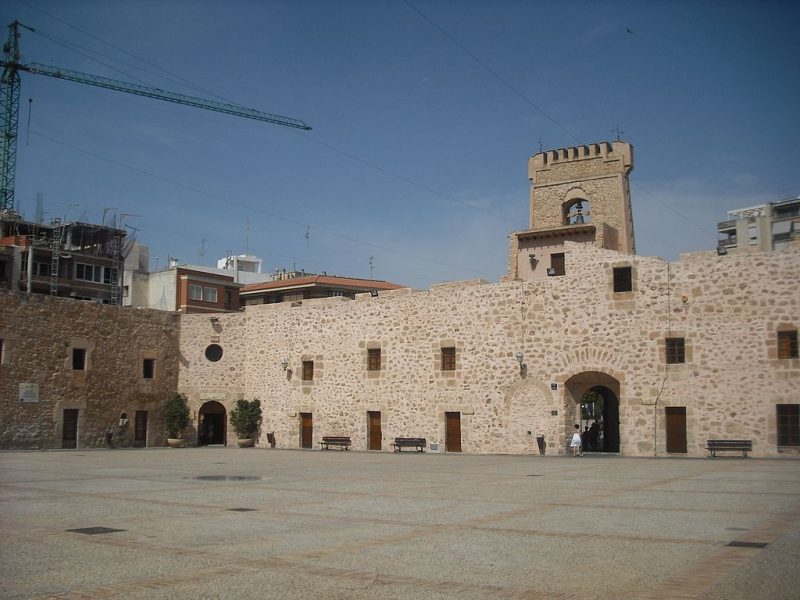 Right at the very heart of Santa Pola stands one of the most impressive fortifications in the area, the spectacular Castle of Santa Pola, which houses an impressive museum as well as a beautiful chapel dedicated to the Virgin of Loreto. The fortress is a beacon and a breath of fresh air with fabulous views over the town and the marina.

4. Bow Down to the Tamarit Tower 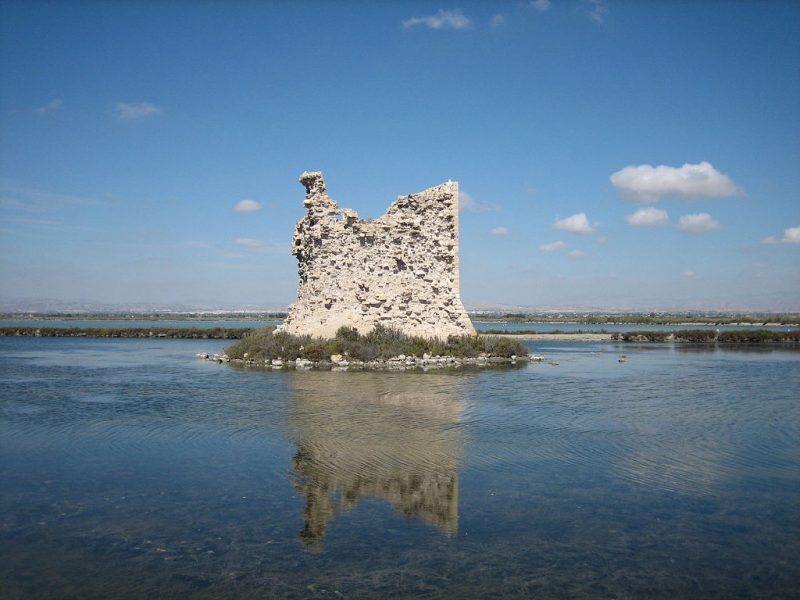 The Tamarit Tower is a coast guard tower built in 1552 at the entrance of a gorge that leads all the way to the Las Salinas Nature Park, hence, often goes by the name the Tower of Salinas. The tower was in ruins until 2009, when it was renovated and restructured. The wonderful Tower of Tamarit now complements the view of Las Salinas.

One of the most popular theme parks in Alicante, the Pola Park is the ultimate attraction for families with so many things to do inside one amusement park. Opened in 1996, this family park now houses more than 20 different attractions including bouncy castles, karting track, bumper cars, merry-go-rounds, and fairground rides among others. A perfect way to spend an afternoon with children in Santa Pola with impressive rides to keep you occupied the whole time.

An impressive yet unusual museum housed in a former salt factory in Santa Pola where you’ll get to know about the standard process of salt extraction, its consumption, and use, and its importance in preserving foods. The museum also has a lookout for bird watching and offers a guided tour to the Salt Flats Nature Reserve. It’s a safe haven for many ducks, gulls, and flamingos, among others.

7. Get Close to the Mediterranean Sealife

One of the oldest in the region, the lovely Aquarium of Santa Pola is home to the small sea creatures found off the Costa Calida coast, most notably being the sting ray and the squid. It has nine large glass tanks consisting of an abundance of amazing flora and fauna of the Mediterranean Sea. Most of the species shown here are donated by the humble fishermen of Santa Pola.

8. Breathtaking Views from the Lighthouse 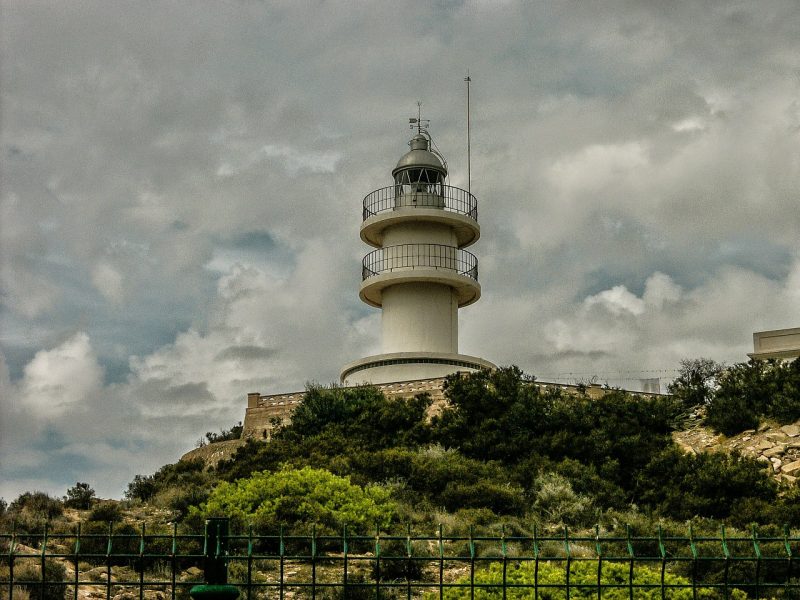 The town takes pride in its many vantage points that provide breathtaking views over the city and make for perfect photographic spots. Close to the lighthouse is the old Torre Atalayola with wonderful panoramic views of the coast and the Tabarca. Don’t miss the gorgeous sunset decorated with the silhouettes of hundreds of flamingos roaming over the skies.

9. Immerse in the Gastronomy of Santa Pola 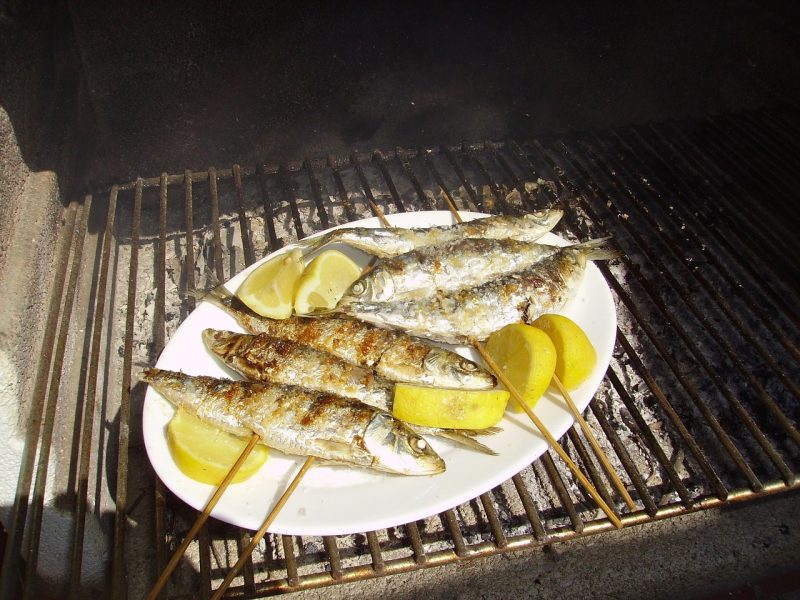 The wonderful sights aside, Santa Pola offers a delicious range of delectable cuisines, mainly derived from the sea. Try the tasty appetizers such as the salazones (dried fish) or the fresh shrimps that are as delightful as the culinary culture of the city. Don’t forget to try the local fish stew called caldero santapoler, which is a great Spanish delight, or if you’re looking for something regional, Anglerfish and Cuttlefish are your things. Rice with squid or sailor’s rice is among the locals’ favorites.

10. Blown Away by the Splendid Fiestas 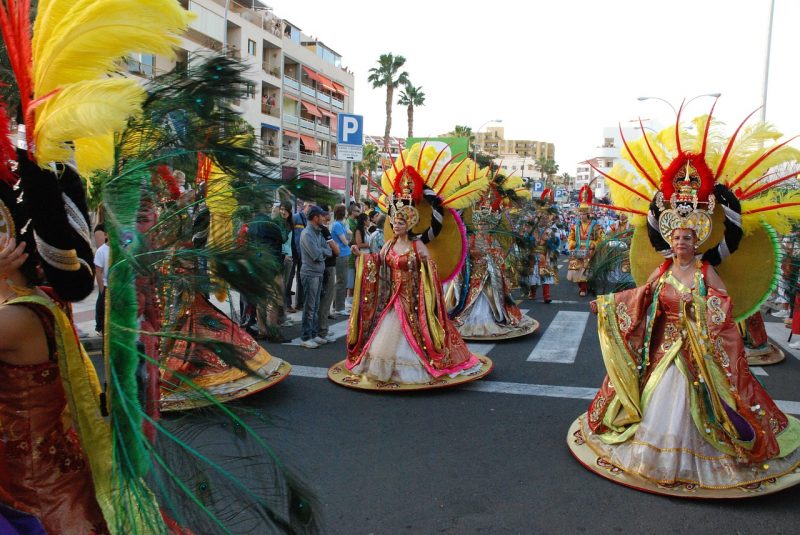 Santa Pola is a splendid oasis of amazing celebrations and year-round festive scene; starting from the pageants of the Moors and Christians to the much-appreciated celebration in honor of La Virgen de Loreto. In mid-summer, the local sailors pay homage to their patron saint, La Virgen del Carmen. The whole town goes in celebration frenzy with street processions and parades taking the show.

10 Things To Do in Altea: Spain

15 Accomodations to Stay in Benidorm

10 Things to Know about Benidorm Waterpark

10 Things To Do in Xabia, Spain