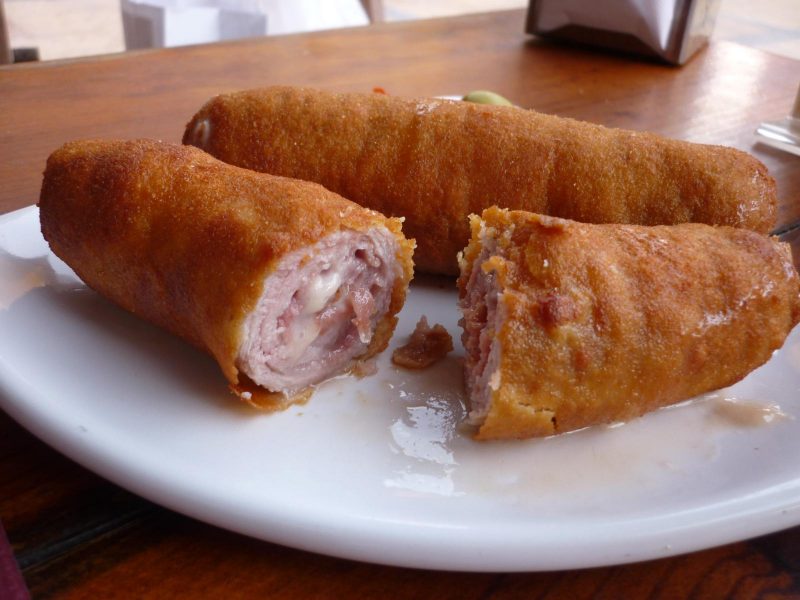 Andalusia is the largest region of Spain which is famous for its beautiful locations, flamenco dancing, amazing nightlife and delicious cultural food.  The most famous food of Andalusian cuisine is tapas along with many other specialties. Food in Andalusian region is very rich in taste and traditional dishes often contain a variety of ingredients such as Iberian Ham, sausages, and fish from Malaga or Cadiz. Following is a guide to one of the best foods of Andalusian cuisine you must try on your visit to Spain. 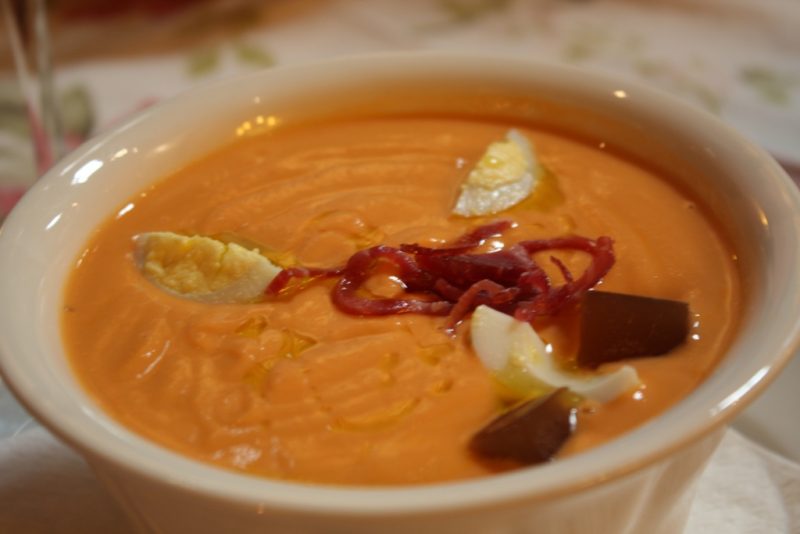 Salmorejo is originated from Cordoba in Andalusia and is a thicker version of famous Spanish dish ‘gazpacho’. It consists of tomatoes, bread, oil and garlic and often garnished with boiled eggs and strips of ham. This dish is served cold mostly in summer.  Many variations of salmorejo can be found throughout Andalusia including tuna used as a topping in coastal areas which is known as ‘porra antequerana’ making it a delicious summer appetizer. 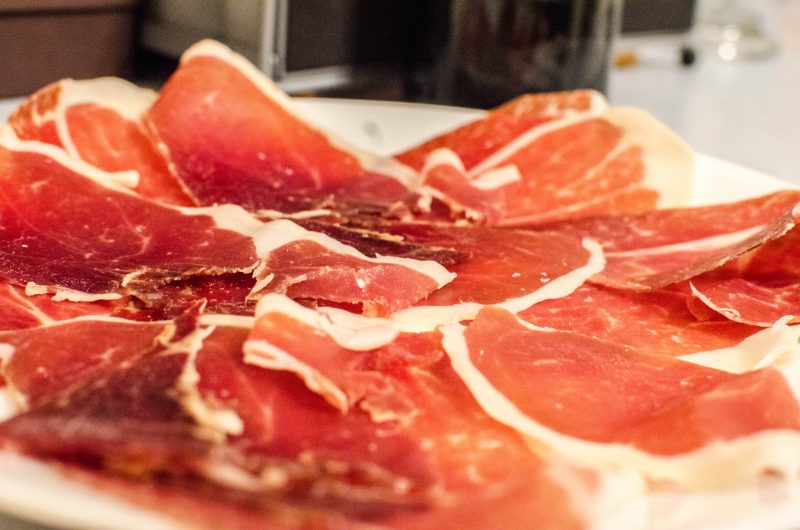 Your trip to Andalusia is incomplete without trying its famous dish ‘jamon iberico’. It is a type of cured ham made from Iberian pigs and often served as an appetizer. Although you can find this delicious dish throughout Spain, but Andalusian jamon iberico is of perfect quality. You must try this delicious and mouth watering thin slices ham with a sprinkle of olive oil and served with a side of breadsticks. 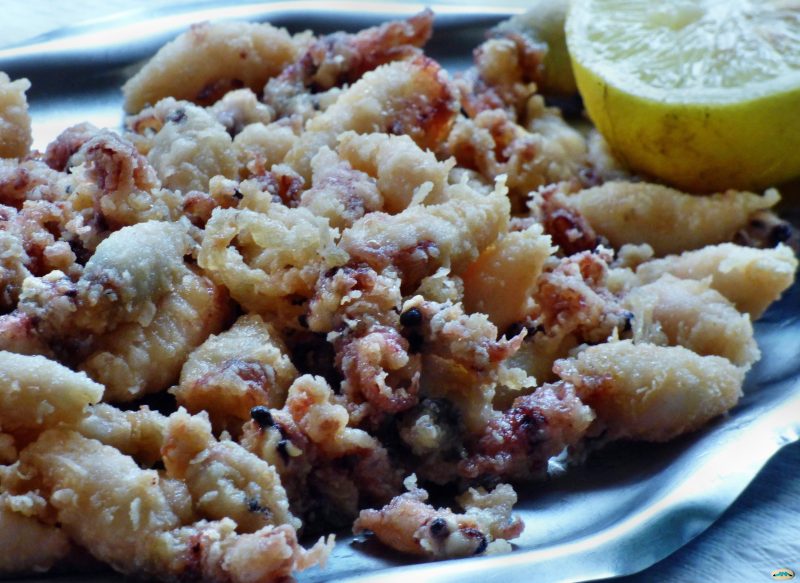 Puntillitas is a famous seafood delicacy of Andalusian cuisine. It consists of fried baby squid served fresh from the Atlantic waters. The Crunchy texture of puntillitas with a salty and lemon flavor is very hard to resist. 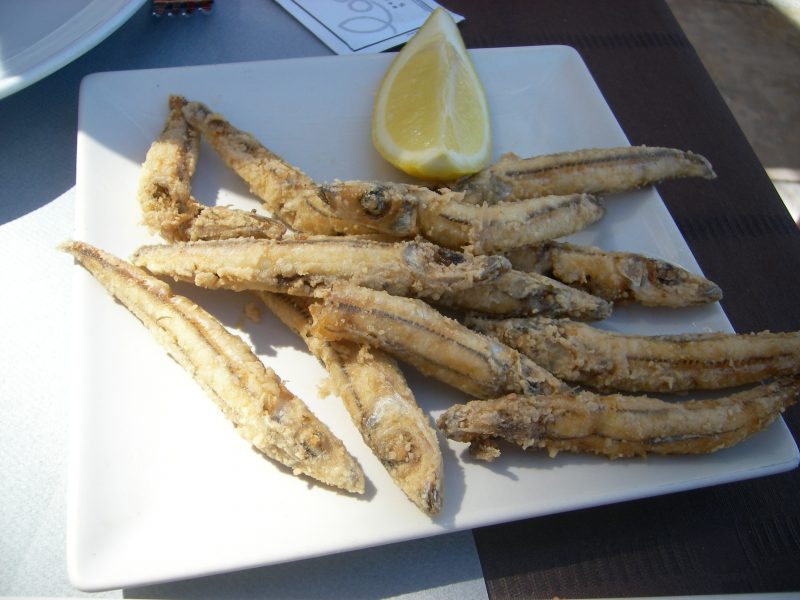 Another traditional dish that can be found in Andalusia is pescaito frito. The dish consists of a small fish which is battered in flour and fried in olive oil with a little salt sprinkled on it. It is served as a main course or an appetizer. You can also squeeze fresh lemon over fish and enjoy its mouthwatering flavors. 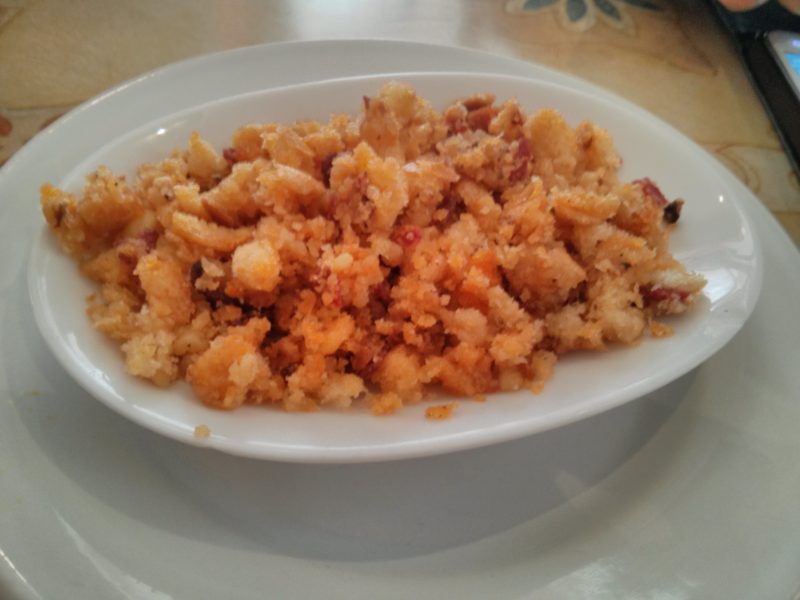 Migas is served in lunch or dinner or simply with tapas as an appetizer. It is made from bread crumbs including sausage, bacon, red pepper, olive oil and garlic. Many variations of this dish can be found throughout the region. Don’t miss this unique dish and its scrumptious smoky flavors while you are in Andalusia. 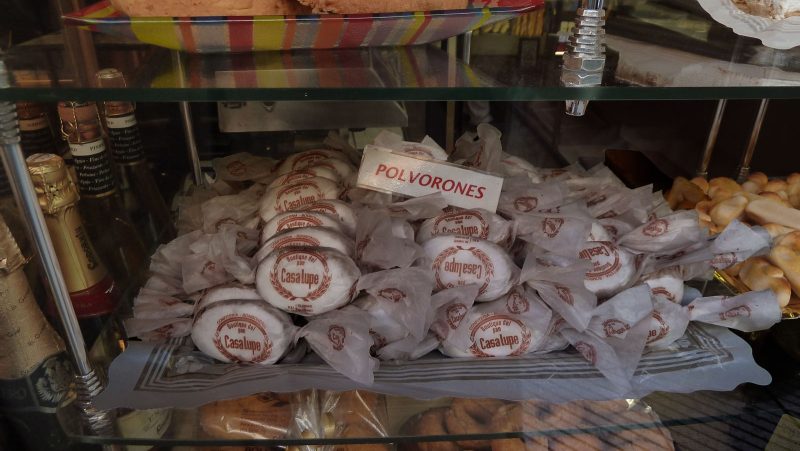 Polvorones is a famous dessert which is mostly produced in Andalusia. This yummy dish consists of sweet bread made from flour, sugar, milk and nuts. These were made occasionally during festive seasons but now available throughout the year in Spain, especially in Andalusia.

Huevos a la flamenco is a delicious dish made of eggs and is very famous throughout Andalusia. There are many forms of this dish but the most common are eggs baked with chorizo and tomato sauce. It is best served warm and fresh in a pot itself.

Gazpachuelo is a fisherman’s soup made of fish stock, egg yolks, mayonnaise, olive oil and garlic. Egg whites are also added to make it thicker along with the cubed potatoes. This delicious dish is also served with shrimp or shell fish and commonly found on Andalusian menus. 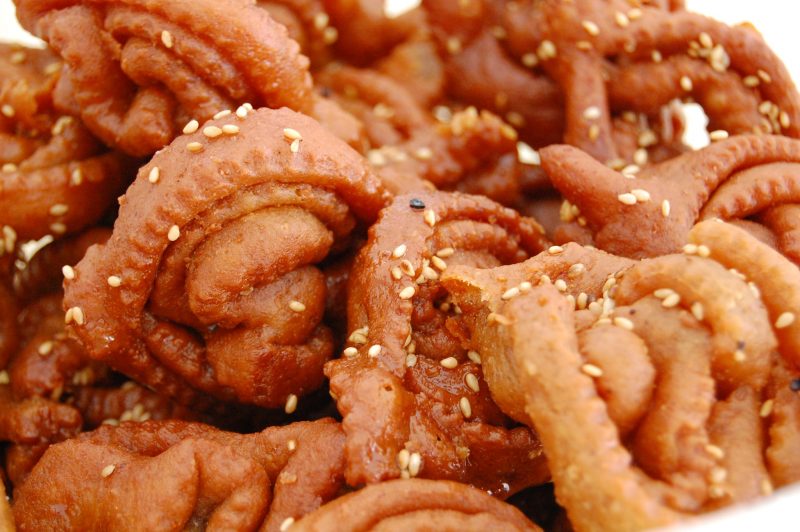 Another sweet delicacy of Andalusian cuisine is pestinos. It is sweet dough which is deep-fried in olive oil and glazed with sugar or honey. Normally, pestino is flavored with sesame seeds but many varieties can be found everywhere in the region. Pestino is usually cooked during Holy week or Christmas in many towns in Andalusia but in other parts, it is available throughout the year.

Last but not the least is another delicious Spanish dish ‘Pringa’ famous in the rural part of Andalusia. It includes pork, roast beef, morcilla or chorizo which is slowly cooked for many hours until the meat is separated easily. Bread pieces are used to pull away sausage, meat and fat. It is a traditional dish that is often cooked in homes and also served in many restaurants.

10 Things To Do in Antequera: Spain

10 Places To Shop In Cordoba, Spain