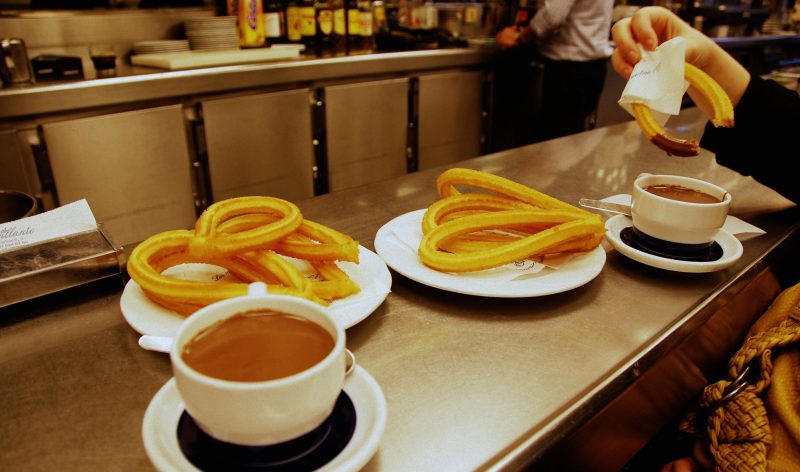 Spanish cuisine is varied and rich, and every region contributes particular flavors. This fantastic culinary diversity depends on the proximity to the sea, the abundance of local vegetables, fruits, and animals. No matter how many majestic buildings you have toured in Spain, you don’t understand this country until you have eaten its typical cuisine. Below is a list of some local snacks you must try in Spain.

Spanish omelet is one of the most favorite snacks in Spain. In a country famous with regional food, some people might call Tortilla the national dish. You can eat it in bars and cafes as a snack or appetizer. However, Spaniards often have tortilla as a light dinner at homes. Tortilla has many variations over the country since the recipe has been changed in every region. 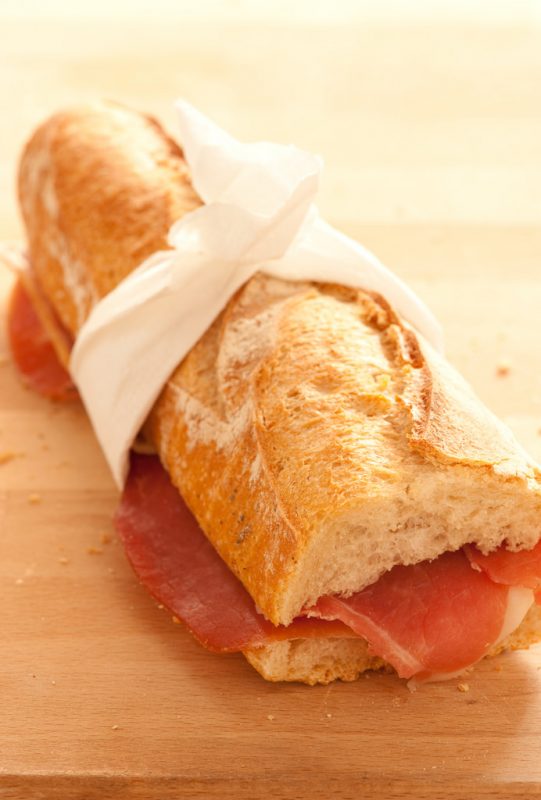 If you want a local food in Spain, you should try bocadillos. The dish has several versions around the country, but it’s best to enjoy the food with Tortilla de patatas, that you can easily order at most restaurants and bars in Spain. Moreover, you will also find other flavors such as the fried squid bocadillo, the cheese, and ham kind, or the braised pork kind.

Spain is also famous for their unique beverage and horchata is one of the most favorite soft drink in this country. Fartons is a kind of pastry, and you will have a good combination of horchata and fartons. It’s best to add sugar into the drink and eat with fartons in summer or hot days.

Churro is a version of fried dough in Spain, also called as Spanish fritters. Today, churros become a favorite snack in the major cities of the world. You can find it at food stalls and food trucks in Spain. It’s a unique taste that you dip churros into the sweet, thick, creamy Spanish hot chocolate. Churros are often served for breakfast or afternoon snack.

Bunuelos De Viento is a traditional Spanish snack, perfect for after lunch or dessert at the end of meals. As its name means, bunuelos are fluffy, light, and melt in your mouth. The ingredients are cream, marmalade or egg custard. If you love a bite with the fluffy, light flavor, it’s a good option for you.

If you’re staying in Spain, you can certainly see typical tapas in anywhere. Tapas are very various, including patatas bravas, croquettes, revuelto de morcilla, and padrón peppers. You can comfortably order olives at many times to eat with tapas. Spaniards often eat them as appetizers or snacks. They can be served cold or warm.

As part of the Brunswick Street Soul Fiesta all our pintxos will be $1 from 12pm and 4pm today!#pintxos #happyhour pic.twitter.com/qkRk8NphsI

Pintxo is a familiar dish you can find in the buffet of Spanish bars and restaurants. They are small snacks, and you can eat them with atop bread by using a toothpick. Like the tapas, you can choose hot or cold pintxos as a quick meal or pre-dinner snack. It’s better to have a glass of beer of vermouth besides.

Tortitas con Miel is a typical cake of Spain with various recipes shared between regions. This cake is fried and covered with honey, the cooking style of the Arab culinary in Spain. You can have those warm, sweet tortitas as a dessert, afternoon snack, or a quick breakfast. It’s best to use right after frying.

Tofu nuggets are similar to chicken nuggets. Tofu with a coat of the seasoned breadcrumb mixture is fried of baked to crispy. You can eat this food with ketchup, salad dressings, ranch dressing or barbecue sauce. It’s a perfect dinner or snack, especially for the vegetarian and vegan eater.

Fried Anchovies are a popular snack in all regions of Spain, especially in summer time. When you order anchovies in tapas bars, you should know two types of this dish; anchoas is the salt cured version and boquerones is the vinegar cured version. It’s best to use anchovies with a glass of beer in hot days.

Mantecadas de Astorga, like its name, are the favorite cakes of the city of Astorga. Since a story of their creation started in the 19th century, the cakes have been very famous until today. You can find them in pastry shops throughout the city. They still are held in paper containers, and you can have some cakes for afternoon tea, snack, or breakfast.

Pan con Tomate, also called Pan a la Catalana, is the most famous tomato bread in Spain. Bread is toasted and rubbed with ripe tomato and fresh garlic, then drizzled with salt and olive oil. You can eat this food as a snack or add cheese, sausage, and ham for appetizer or breakfast.

Canape is a typical dish at parties and also known as potted shrimp or mushroom. Its highlight is the rich flavor of the butter; the main ingredients are cooked in butter and then coated in butter. You can easily eat canape as a great snack whether it’s cold or warm.

Espiral de Hojaldre is a great filling for pastries and desserts in Spain. It’s produced from a squash which is likely to spaghetti squash in texture and has a creamy, stringy, golden yellow jam. This espiral de Hojaldre is easy to cook by mixing a jam with the sugar, lemon, cinnamon, and squash. When the squash filling is done, roll and divide puff pastry into small pieces and fill with squash. Then wind them up into a spiral and bake. You can find it in a bread store as a sweet breakfast or afternoon snack.

A San Jacobo Tapa is a famous afternoon snack in Spain. It includes a slide of cheese between 2 pieces of cooked ham that is breaded and then fried. It’s tasty that the coat is crispy while the inside is the cheese melting between pieces of ham. It’s delicious, convenient to eat, and cheap. It sounds like the ideal option for an afternoon snack.

This is a killer snack! Sweet and spicy Pumpkin Seeds. Click this #easyrecipe: https://t.co/TeFnt5LRiX #spicy pic.twitter.com/ZXPlSXjj1L

These savory, crunchy spicy pumpkin seeds are favorite snacks. You can find this food in the health food section of most grocery stores in Spain. The ingredients are dried herbs, the cumin, cayenne pepper, chili powder, basil, thyme, marjoram, tarragon, and cheese. The recipe is changed in some regions by adding or removing some ingredients of the combination. You can have pumpkin seeds with rosemary toasted nuts or people puppy chow in some special occasions.

If you want healthy crunchy snacks, a pack of baked chickpea will be your perfect choice in Spain. This snack does a pretty good work of satisfying that craving for a salty, crunchy something. The ingredients are chickpeas, salt, olive oil, and seasoning. The chickpeas contain protein and fiber so that you can comfortably have them instead of potato snacks. Chickpea snacks are common in Spain, and you can find them in grocery stores and supermarkets.

Palmeras are scroll-like pastries which are flaky and sweet. Every supermarket and pastry shop in Spain carries them. You can eat them as  afternoon snacks, dinner snacks, brunch or breakfast. It’s best to dip them in hot chocolate or coffee. The ingredients are puff pastry, sugar, and butter.

made these cinnamon-raisin spiral buns for @thebinarium as thanks for letting us crash~ pic.twitter.com/NS6751afZP

Gemberbolus are said to origin from Spain. There are many varieties of sweet spiral buns, or bolussen and others in some regions of Europe. However, the traditional bolus is the best popular in Spain while the ginger version is a favorite choice in the Jewish’s regions. You can find them in bakeries in cities. They are best when served warm.

This healthy and delicious bar is a favorite snack in Spain. It’s filled with mango, orange zest, and natural sweet without any refined sugar. There are different flavors such as pineapple, raisins, and coconut. It’s a great snack as well as a breakfast. Moreover, you can wrap it up by a parchment paper if traveling.

10 Restaurants to Go in Nerja