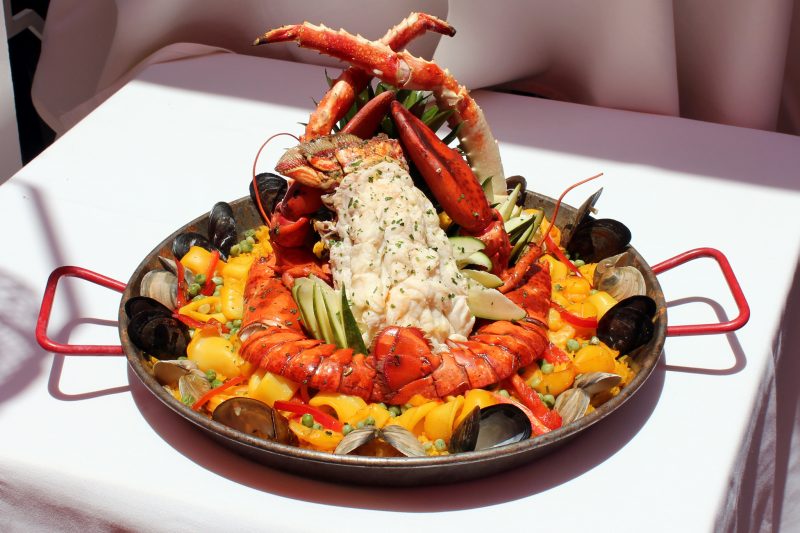 Having a coastline of about 7500 KM and encompassed by the Atlantic ocean, Brazilian cuisine is enriched by an abundance of seafood. The commercial fishing business contributes largely to the popularity of fishes and seafood in the country. Shrimp, lobster, cod, calamari are some of the common ingredients in the traditional recipes. Most of the dishes have a Portuguese or African origin and were developed during the colonial era. 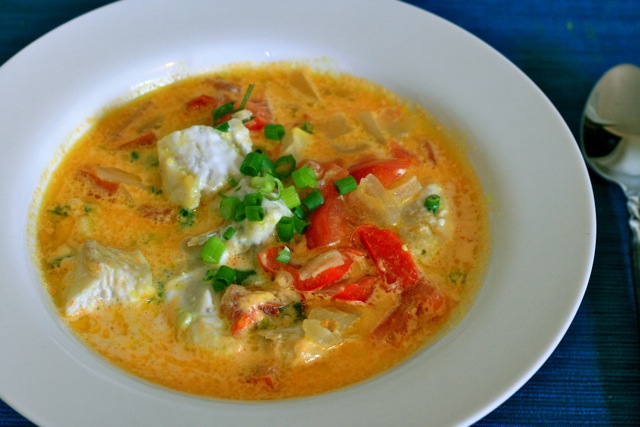 ‘The’ most popular traditional Brazilian seafood dish is Moqueca. It is Brazilian fish stew slow-cooked in a clay pot with fresh herbs, vegetables and of course, fishes and seafood. There are two types of Moqueca – Moqueca Baiana (uses palm oil and coconut milk) and Moqueca Capixaba. Almost every seafood restaurant in Brazil serves Moqueca, and it is a must in every foodie’s list.

Shrimp is one of the most cooked seafood in Brazil. With coconut milk and tomato, a Brazilian Shrimp soup is a simple delightful affair. Cooked with fresh vegetables, this nutritious soup is healthy as well as tasty. The soup has a creamy texture, rich in taste and is easy to make. A quick appetizer for a dinner party.

Paella is originally a Spanish recipe that has been adapted and modified with a Brazilian zing to it. Cooked with mussels, prawn, shrimp, and even lobsters the paella is a perfect dish for a dinner party or family get-together. The proteins are cooked with rice making it a wholesome meal.

Another authentic Brazilian dish is shrimp stuffed in pumpkin. Creamy and moist pumpkin is filled with shrimp, garlic, onion, and tomatoes. In the traditional recipe, a typical Brazilian cheese requeijao is used, to enhance the depths of flavor. From weekend dinners to a get-together, this dish is enjoyed by the Brazilians all round the year.

5. Salt Cod with onions and potatoes

Salt cod is a primary staple in South America, and many dishes in Brazil heroes this appetizing ingredient. Our top pick is salt cod with onion and potatoes also known as ‘Bacalhau a Gomes de Sa’. The dish has a Portuguese origin and is a top pick for easter and Christmas dinners. It is served with hard-boiled eggs and green olives.

Need a seafood appetizer from Brazil? We present crab shells stuffed with a delicious filling of crab meat, palm oil,coconut milk, parmesan cheese, tomatoes, bell peppers and bread crumbs. Popularly known as ‘Casquinha de siri’, this recipe is quick and easy to make and packs a punch in flavor. If you are dining in a Brazilian restaurant, you can definitely order this dish as a starter.

Doesn’t that name sound exotic? A recipe from Afro-Bahian descent, shrimp bobo is made with shrimp, coconut milk, palm oil and manioc. Traditional bobo is a creamy puree made from manioc. The term bobo means ‘ a dish with beans’. Unlike usual shrimp servings, this recipe requires the shrimp heads and shells to add a new texture to the dish.

A crunchy golden crust and a soft calamari inside, nothing can go wrong with that. Brazilian fried calamari or commonly known as ‘Lulas fritas’ is one of the best choices for snacks. A good fried calamari makes sure that the squid is tender and not overcooked and rubbery. From street joints to  restaurants, this preparation is served extensively. 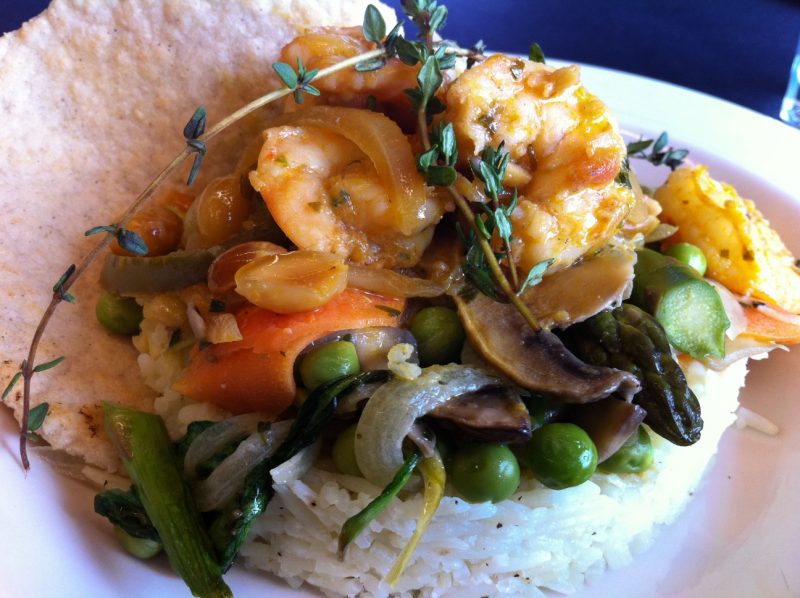 There is no dearth of authentic seafood dishes in Brazil, and Vatapa is another traditional preparation that makes the list. Cooked with shrimp, bread, coconut milk, palm oil and peanuts, this curry type dish is often served with white rice. Vatapa can also be cooked with tuna, cod or other fishes.

A crispy outer layer and a succulent shrimp inside, that’s Brazilian shrimp pastel. Looking like fried dumplings, these crisper filled with shrimp is another top choice for snacks. They are shaped like half-circle or rectangles and are deep fried in vegetable oil. Served with a tangy sauce, shrimp pastels are easy to make and a definite crowd-pleaser.

Snacks, appetizers, stews, meals – seafood in Brazil finds a way in almost every section of the menu. We love these dishes for the fresh ingredients cooked with local spices and twist of authenticity. So, don’t forget to try some of these unique dishes on your next trip to Brazil.

7 Things to Know about Fortaleza Airport

10 Things To Do in Goias: Brazil