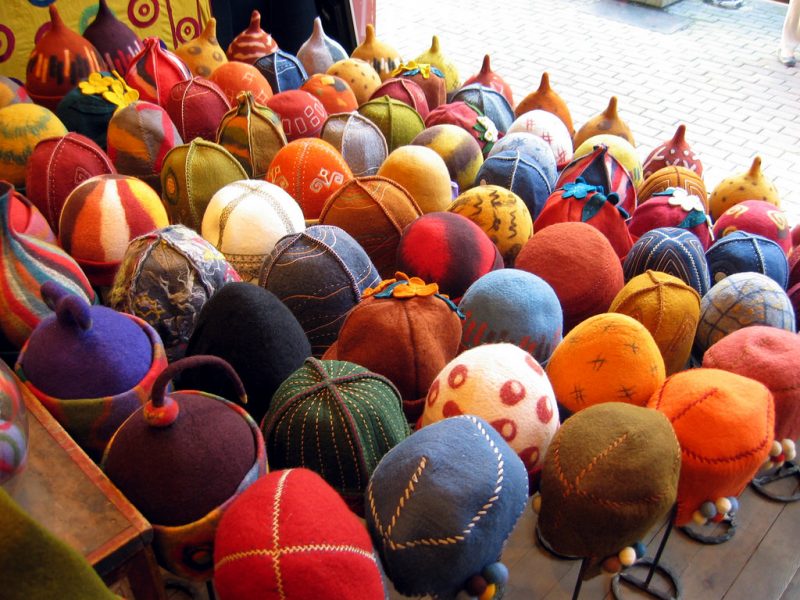 Fez hat is a kind of headdress that is usually being used by Muslins or Turkish people. Fez hats are very famous to them that it became a cultural symbol for them.

Fez hats are made of felt or kilim fabric yet it has two types which are either in the shape of a truncated cone made of red felt or a short cylinder made of kilim fabric but usually Fez hats have a tassel that is attached to the top part but both types are being used since the hats are being introduced.

2. Introduced by the Balkans

Fez hats are introduced by the Balkans during the Byzantine reign and during the Ottoman period were Slavs, Bosniaks, and Serbs starting to wear Fez as their headwear. Since it has been introduced a lot of other people and tribes started to make their own version of fez hats too.

During 1880’s fez hats has already been a part of the traditional clothing of Cyprus and it is still even worn by Cypriots until today. The women would wear a red fez instead of a headscarf and the men would wear a black or red cap.

4. The difference of material

Men would wear their Fez with a material that is similar to a wrapped turban around the base but on 1811 Fez became famous as a reading cap with a fur or the proper Greek dress. Through the years the material used for fez has been continuously changing and a lot of styles has been made too.

Fez hat is one of the first symbols of the Ottoman modernity and over time it has become as the part of the cultural identity. In the west, it is seen as exotic and romantic and in the United States and the United Kingdom it became as one of the famous parts of luxury men outfit.

A different version of fez was used as an arming cap during the 1400-1700’s as a mail armour head protector. It is a round metal plate or skull-cap that hung a curtain of mail to protect the upper shoulder and neck of the one who wears it.

7. Fez in the Arab world

Fez is now worn by service staff and tourist establishments in the Middle East and North Africa while in Libya, the fez is called “checheya” and is worn by the rural population sometimes with or without the long tassel. Muslim restaurants and hotels all over the world have their staff wear fez hats too.

Muslims around Southern Asia still wear a fez and it is known as “Rumi Topi” which means headdress of Rome of Byzantium. For them, it is a symbol of support to the Ottoman Caliphate against the British Indian Empire on the Khilafat Movement. In Sri Lanka, it is used by local Muslims.

There are a lot of fraternal organisations that are known for wearing fezzes like Shriners, International Order of Alhambra, Mystic Order of Veiled Prophets of the Enchanted Realm, Ancient Mystic Order of Samaritans, Knights of Khorassan, Improved Benevolent and Protective Order of Elks of the World, and Loyal Order of Moose.

10. Availability/ Where to buy

Fez is easy to buy especially today that we have the internet. You can find it in most stores online, just one click away such as Ebay or Amazon but then if you want a more traditional feel then you can buy it from local Muslim shops around your area.

In 1908, there is a Fez boycott because of the near monopoly of the Austrians that then held on the production of the hat. It was a year-long boycott that brought the end of the Fez universality in the Ottoman Empire as other styles of Fez became socially acceptable.

12. It is better than wearing headdress with a brim

Long before Fez hats existed the most common headdress people would use is a headdress with a brim. Fez made everything easier especially for Muslims as they always put their foreheads on the ground a couple of times during the prayer sessions.

A red Fez with a blue tassel became the standard headdress of the Turkish Army during the 1890’s until 1910 when the khaki service dress and peakless sun helmet was introduced. It was quite famous for them but years go by a lot of colors for fez hats has been introduced.

A green fez was worn by the Bahawalpur Lancers in Pakistan during the late 1960’s as two regiments of the Indian Army convinced the Muslim areas to wore fezzes under the British rule. They still use fez hats up until now but with many different colors.

15. Based on Cypriot Hellenic-Phoenician attire

During the 1800’s, in the Karpass Peninsula white caps are worn as a style that is considered to be based on Cypriot Hellenic-Phoenician attire which preserved the men’s headwear from 2,700 years earlier. Since then fez hats is not just a cultural accessory but a famous piece of fashion as well.

10 Things To Do in Kenitra: Morocco

7 Things to Know about Essaouira Airport