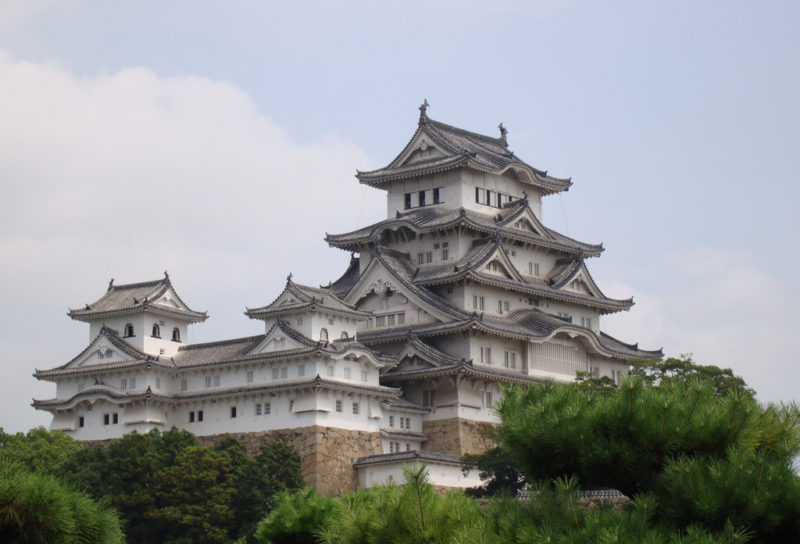 Himeji is most famous for its impressive Himeji castle. It is also known as White Heron Castle (Shirasagijo) due to its charming, white appearance. Himeji Castle is generally recognized as Japan’s most spectacular castle for its majestic beauty and size. The castle itself is well preserved with complex castle area. Himeji Castle is a national treasure but also a world heritage site. Contrary to many other castles in Japan, it was never destroyed by earthquakes, fires, or war, and remains to this day as one of the Japan’s twelve original castles. 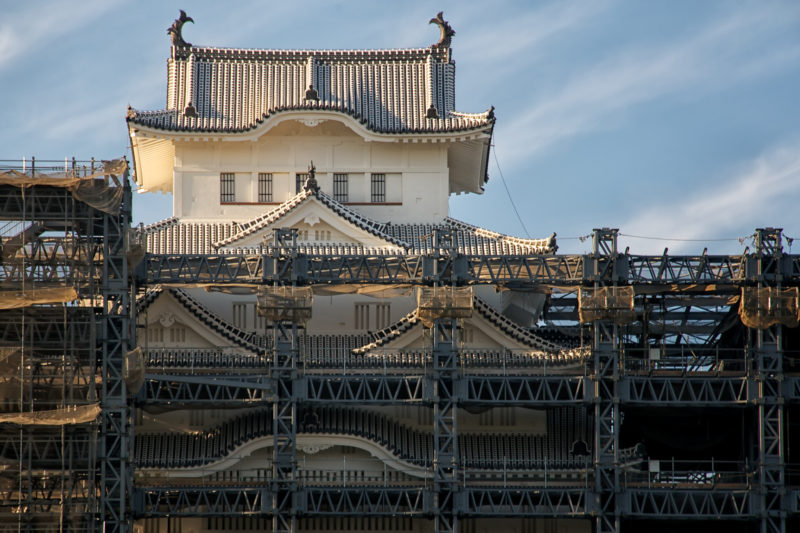 Himeji Castle is placed at a strategic point along the western entrance to the city of Kyoto which was once a capital. In the 1400s, the first fortifications were built. They were steadily expanded over the centuries by the various rulers of the region. The last significant changes were finished in 1609. It includes more than eighty buildings scattered across various baileys, which are associated with many winding paths and gates. 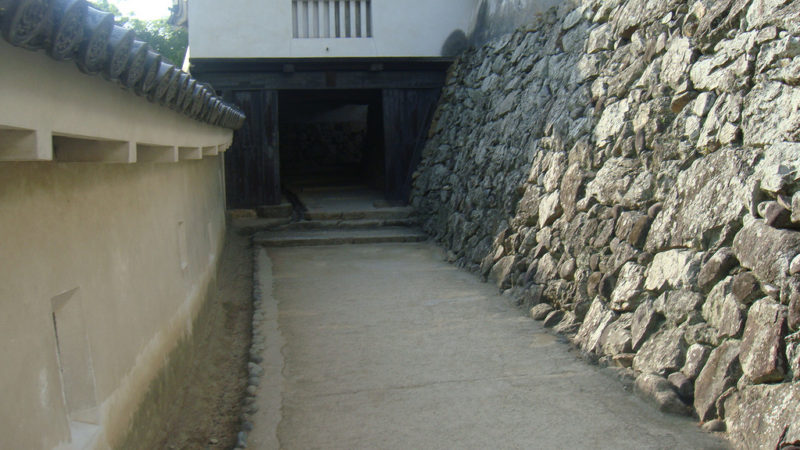 There is a labyrinth-like passageway from the Hishi Gate to the main keep. All the way through the passageway you run into the many gates, the walled paths, and baileys which all served with a purpose of slowing down potential enemies when they reach the castle walls. The main keep is located in the middle of the complex, a six-story high structure. This is one of the few castles that used wing buildings. This is one of the reasons for its popularity. 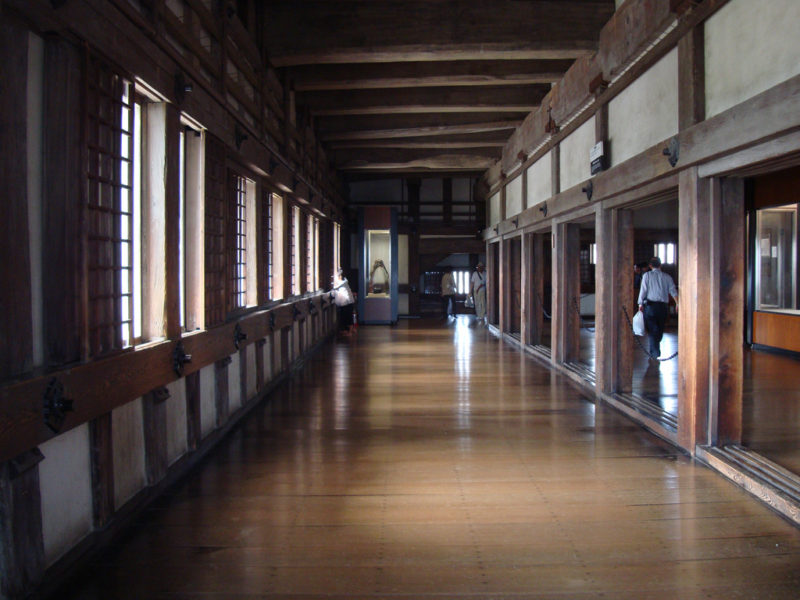 Visitors access the main keep using the entrance in the lower floor of the structure and then climb upwards by a series of narrow, steep staircases. Every level becomes smaller as you climb. The floors are usually unfurnished and present just a few simple multilingual signs explaining architectural designs such as concealed spaces, rock chutes, and portholes as well as restoration efforts which were made over the time to protect the building. 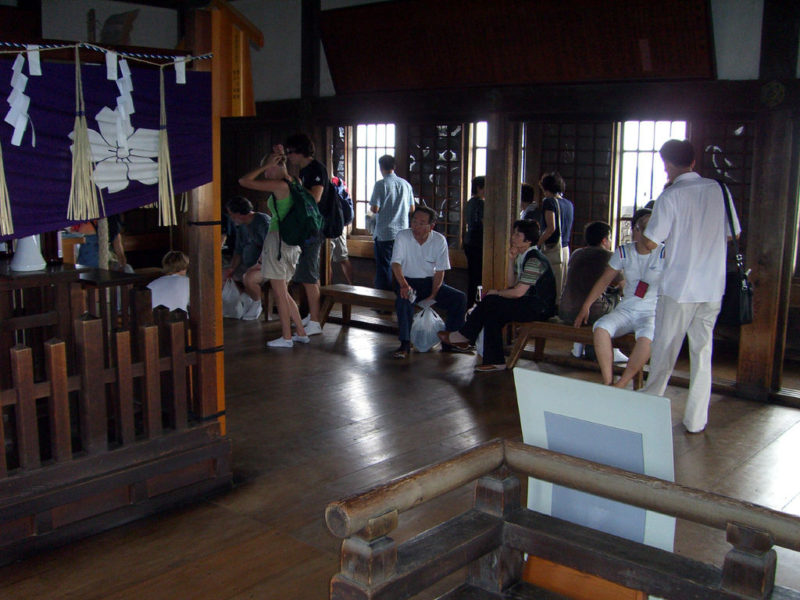 There is a small shrine at the highest floor which gives an opportunity for the visitors to look out in all directions, at the maze-like passages, down over the castle rooftops, and out beyond the city of Himeji. Here you can also enjoy an up-close glimpse of the fish-shaped roof decorations that are supposed to protect from the fire. 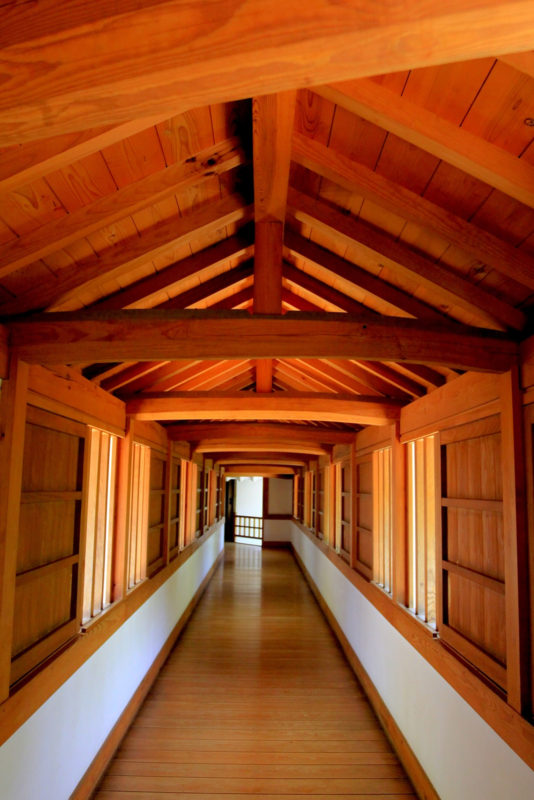 After visitors leave the keep, they can go back to the Hishi Gate. Shortly before leaving the area they paid for, they have the opportunity to explore the west bailey called Nishinomaru which used to be a residence of the princess. This bailey allows views of the main keep from various perspectives. There is a long building with an included corridor and different unfurnished rooms and this can be checked out by the visitors. 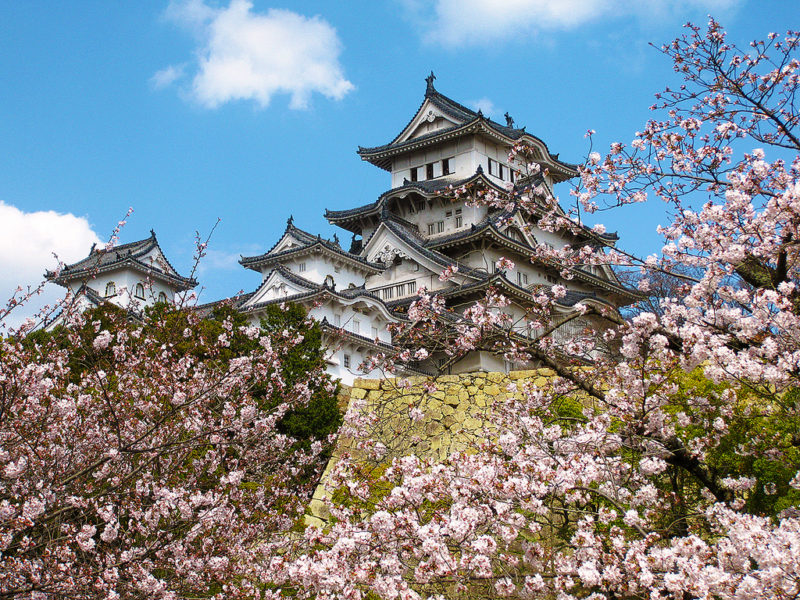 Additionally, Himeji Castle is a very popular cherry blossom place during the crowded and short blooming season which usually happens into early April. Throughout the cherry blossom season, guests may have some problems going into the main keep because it gets quite busy. The number of visitors who are permitted to access the main keep may be reduced. 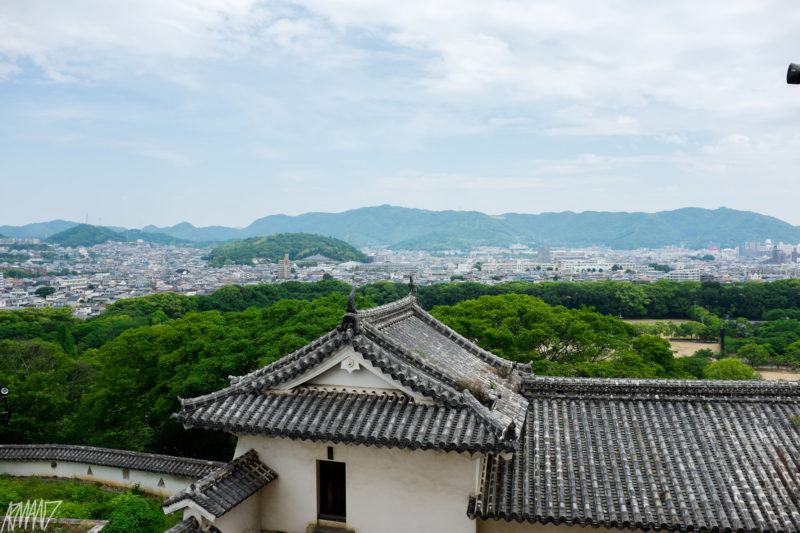 The castle is approximately 1 kilometer away from the Himeji Station. There is a 15-minute walk or you can take a 5-minute bus ride which will cost you 100 yen in one direction. A taxi costs around 650 yen one way.

Himeji castle is especially beautiful during the hanami season. The viewpoints of the castle are gorgeous. It is easy to reach, as the main street leads you straight from JR Himeji station to the castle. Walking in the different parts of the castle can give history lovers a good illustration of how Japanese fortifications operated. The main tower has very helpful volunteers, who do their best to give a guided tour of the tower, describing the details of the castle. The volunteer also discusses a bit about the history of Himeji castle and the castle town. A great place to visit.

Have a good Trip and Travel!

10 Restaurants to Go in Himeji

7 Things to Know About Himeji Gardens

20 Things to Do in Himeji