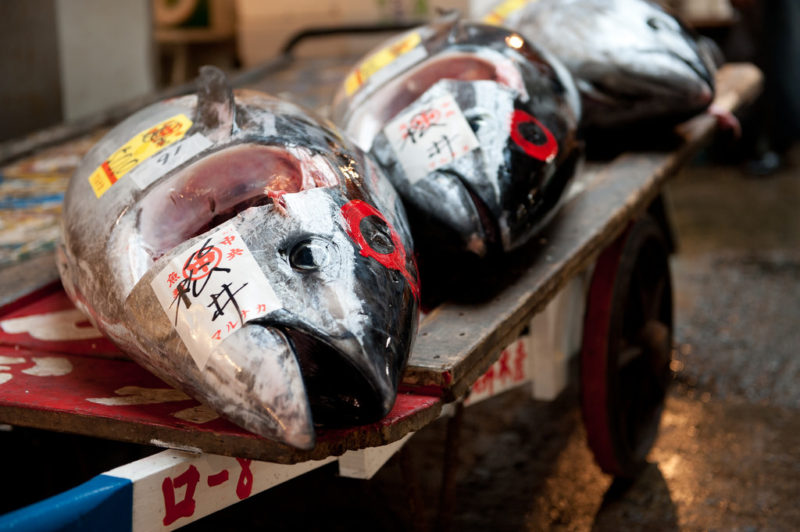 Tsukiji is the largest fishmarket in the world and one of the most popular tourist attractions in Tokyo. But if the reputation alone isn’t enough to get you out of bed before dawn for what may be the most amazing tasting sushi of your life, here are 7 reasons you should make sure to put Tsukiji Market on your itinerary the next time you’re in Tokyo.

1. Over 2,000 tons of seafood move through the market per day 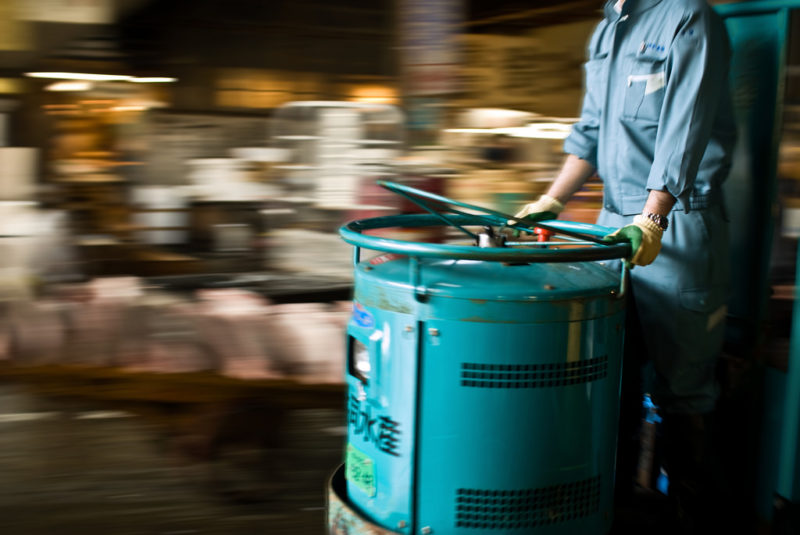 An estimated 17% of all the world’s fish catches pass through Tsukiji Market, the largest fish market in the world. Buyers from all over Japan as well as other countries in Asia will come to bid for their share of the spoils. The auctions start at 5:30am and you’ll want to head to the market as early as 3 or 4am to see the action take place. Get ready for a hectic cacophony of noise as well as men on carts zipping past in a mad rush to process all the morning’s catch. Just remember that visitors are limited to 120 per day on a first come, first served basis.

2. Possibly be the best sushi breakfast of your life 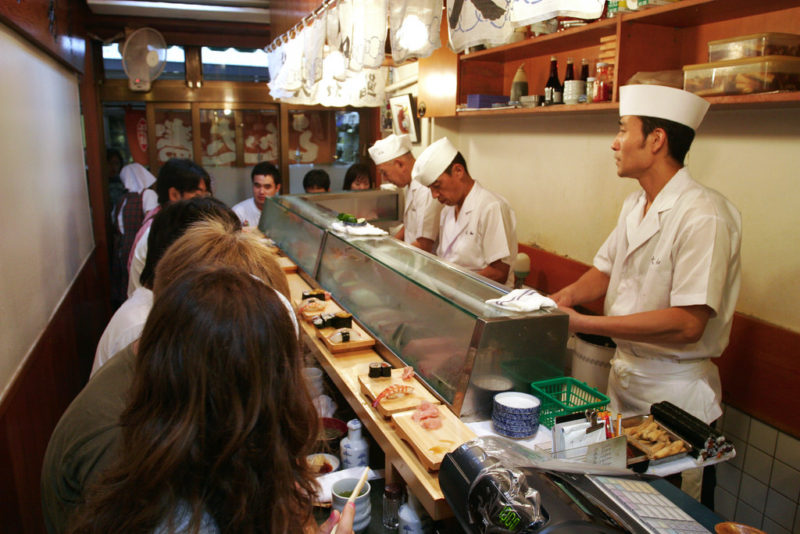 Alright, maybe getting up at 3am to take a look at whole frozen fish is not your cup of tea. You can still make it to Tsukiji in time for what will be the freshest sushi breakfast you’ll ever eat. While the inner market is allocated for the auction, the adjacent outer market is lined with hundreds of food stalls and restaurants serving the day’s catch open from 5am until early in the afternoon.

3. You have until November to see the auction 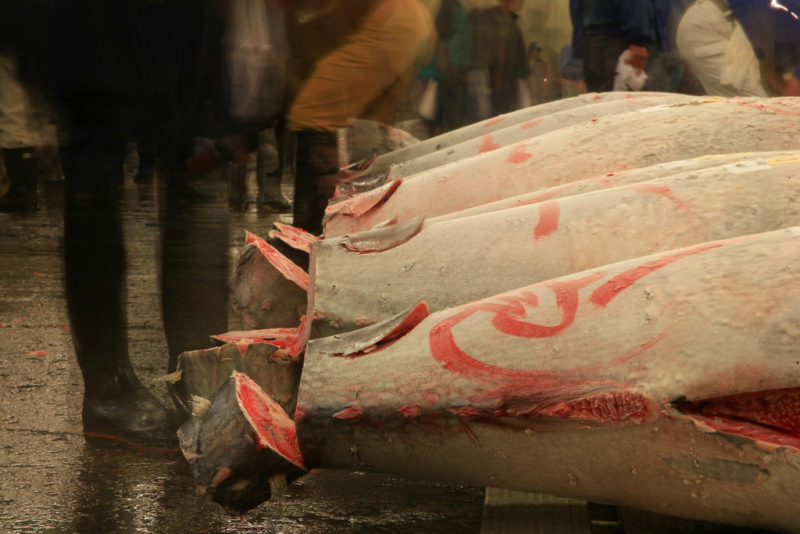 You won’t be able to enjoy the current Tsukiji market for much longer. It’s scheduled to move to a new location in Toyosu in November 2016. Plans are still somewhat unclear but the new location will not have as easy access by public transport as the current one. Still, restaurants and stalls at the current location will remain open so you’ll still be able to find fresh fish here even after the move.

4. Tsukiji set the record for the most expensive fish sold in the world 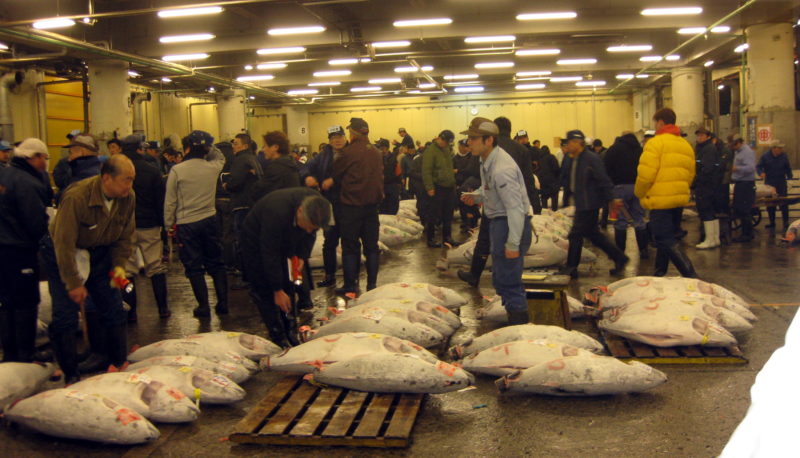 At the New Year’s auction in 2013, a single 489-pound bluefin tuna sold for a record $1.76 million dollars. The winning bid went to Kiyoshi Kimura, president of Kiyomura Co., which operates the Sushi-Zanmai restaurant chain. With world supplies of bluefin tuna becoming more scarce due to overfishing, it’s possible we’ll continue to see rising prices for the highly sought after fish in coming years. 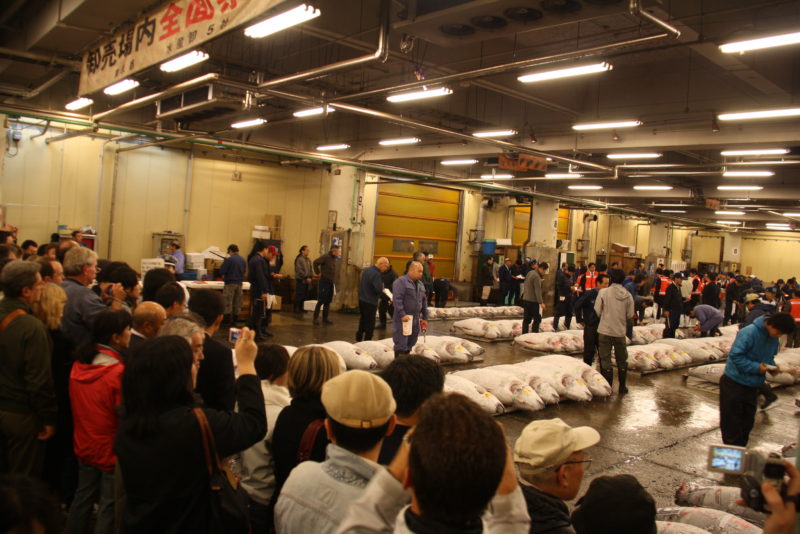 The market has always had a bit of a love-hate relationship with tourists over the years as they can sometimes get in the way of commercial goings on. When tourists first began arriving, workers assumed they were there because they had jet lag. In the years since, tourist numbers grew and so did the problems of managing so many visitors while maintaining sanitation standards. Workers criticized tourists for poking and touching the fish and even in one case, licking the head of a tuna. Complete bans have been placed on tourists before and today, parts of the market are closed off to outside activity. Tourists are allowed to watch from a safe distance in a viewing area but must obey all the rules placed on them, including no flash photography.

6. There are other things to do in Tsukiji 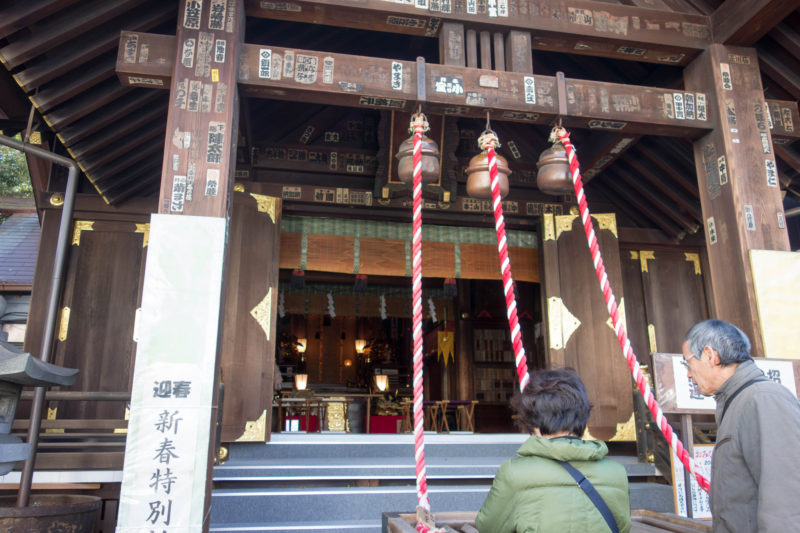 Waking up so early in the morning might leave you with a lot of extra time on your hands in the early afternoon. Good thing there are other things to see in the area. Head to Namiyoke Inari Shrine just a block and half away from the market to get in some traditional culture. Also, the Wholesale market at Tsukiji provides row after row of interesting foods and goods on sale to wow your senses. In the outer market, you can find street demonstrations of people cutting up and preparing sushi fish with photogenic flare.

Tsukiji Market might be most famous for the fish auction but you can find so much more than that on sale in the area. Street vendors offer anything from Tsukiji Kimuraya’s Keshi Anpan (a sweet bun made with beer hops and garnished with poppy seeds) to Daisada’s sweet rolled omelettes. The surrounding alleys in the outdoor market also have numerous stalls selling pottery, cooking equipment, cutlery, and packaged foods. It’s a pure treat for any gourmand.

15 Things To Do in Tsukiji