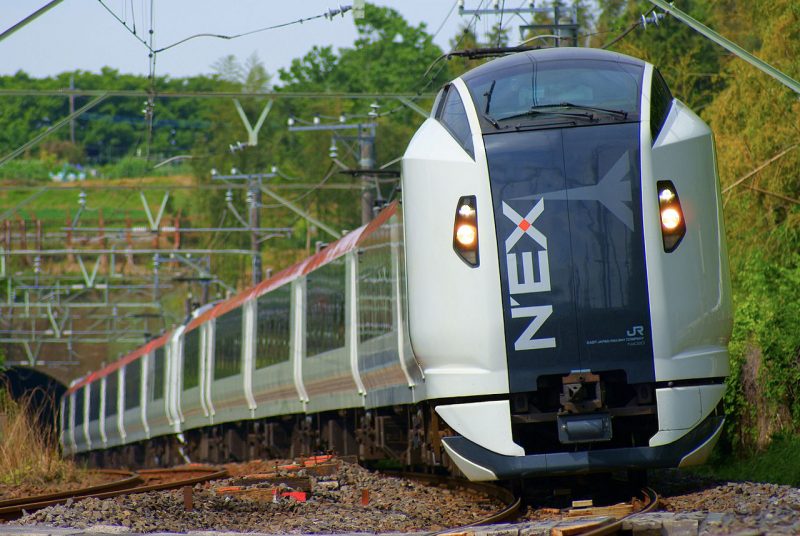 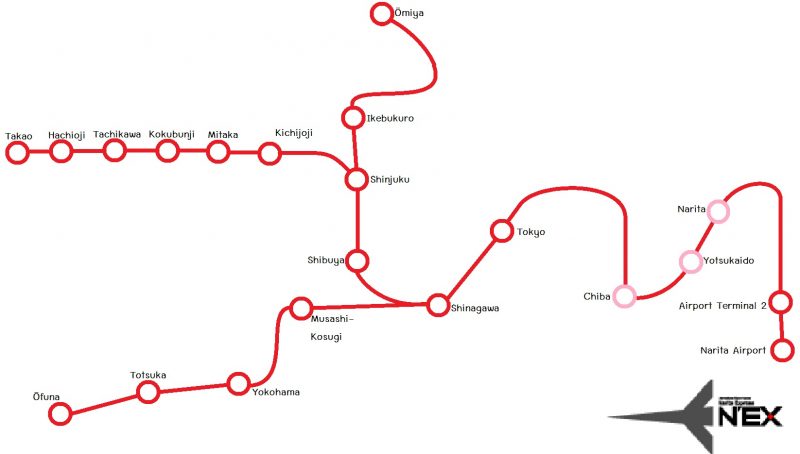 The Narita Express connects to the various stations of Tokyo, it is the best way to reach various locations in Tokyo. The N’EX trains run at an interval of 30 to 60 min and the train service connects the destinations as shown in the above image. 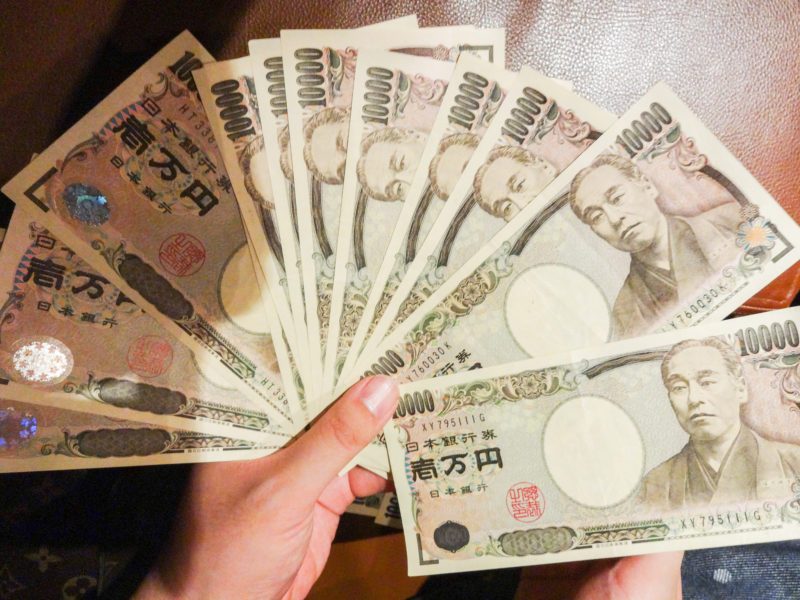 The N’EX trains are comfortable, fast and convenient way to reach the various areas in Tokyo. You can reserve your seat online through JR – East railway portal. The one-way fare from Narita Airport to various regions in Japan ranges from 3,000 Yen to 5,000 Yen for Ordinary cars and 4,500 to 6,000 Yen for Green Cars. 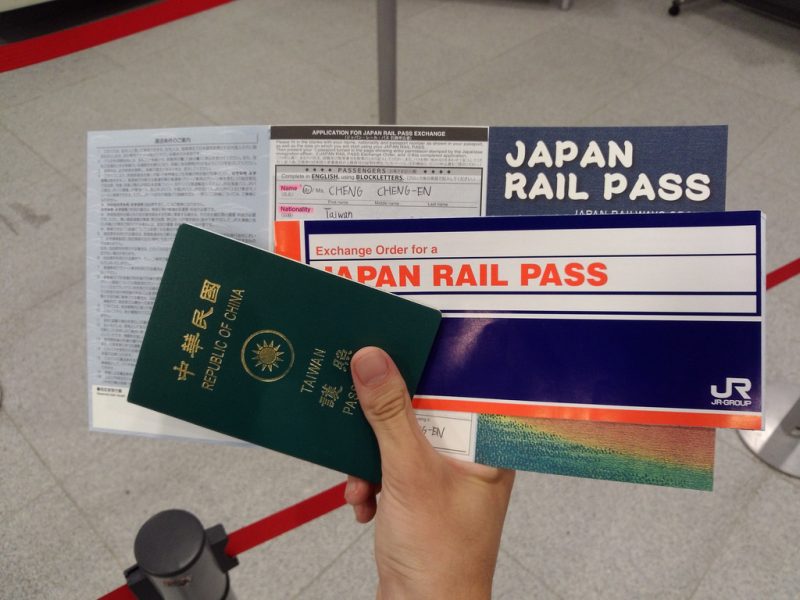 Narita Express service first began on 19th March 1991. The one way ticket costs you around 3,000 to 4,600 Yen, if you have the Japan Railway pass(JR Pass) or the Japan East then you need not make additional payments to reserve your seat.

N’EX round trip ticket helps you to save around 33% on the fare of the ticket. The ticket can only be purchased by foreign visitors, they need to show their passport before the purchase of the ticket.

The ticket is valid for 14 days, if you are staying in Japan for more than the 14 days or returning from other airports then this ticket is of no use. If you are returning back within 14 days from Narita airport then this is a good deal!

After getting off the N’EX, you can use the ticket to transfer to other JR trains and reach the other areas of Tokyo. ( Except limited express and Bullet trains) 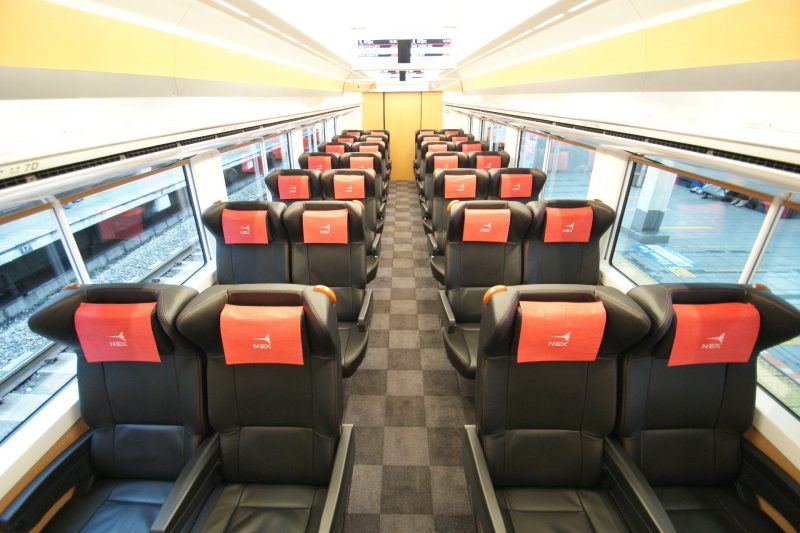 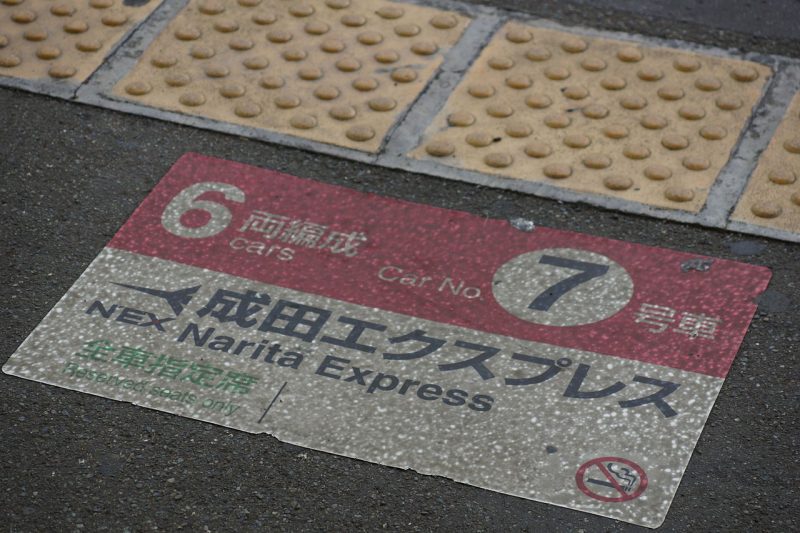 The N’EX is currently being operated and maintained by Japan Railway. This is the most convenient way to reach the various parts of Tokyo, with the speeds of over 160 KMPH you will reach the Tokyo railway station within 53 minutes. 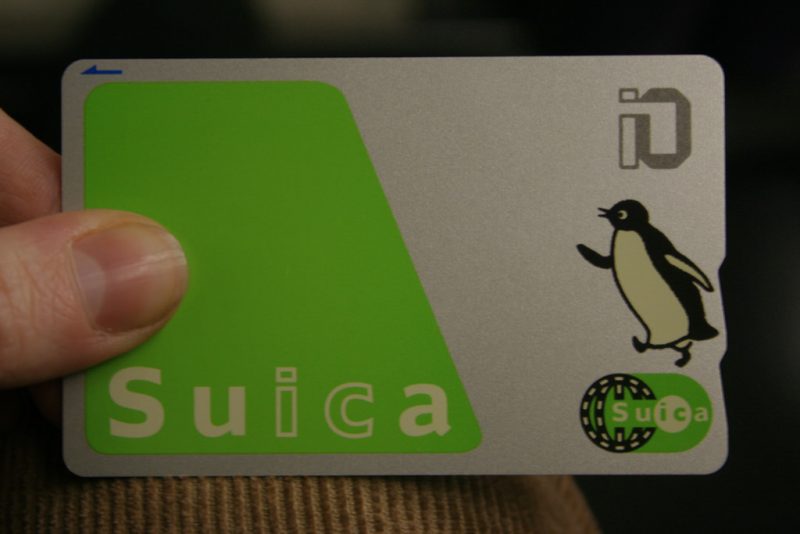