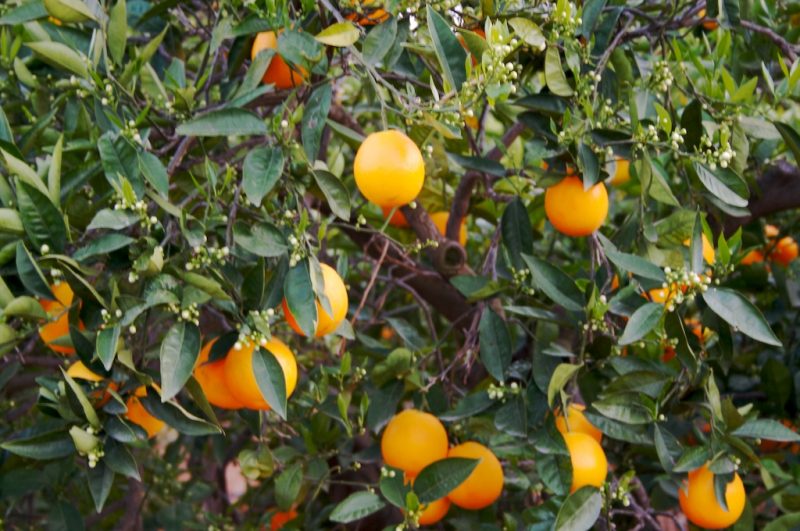 Valencia oranges are famous for their juiciness and sweetness, especially when they are ripe. The flesh inside the fruit is tender. Its size is large and the flesh is barely seeded. You can process the fruit in order to get fresh orange juice or you can also eat it raw. There are things that you might not know about these Valencia oranges. Here are some of these things.

1. The Origins of the Fruit

This type of orange got its name from the city of Valencia in Spain. However, it does not mean that it originally from there. In truth, it is a hybridized orange that was initially planted in a farm located in Santa Ana, southern California in the United States during the mid-19thcentury. The hybrid process was done by William Wolfskill who is an American land developer and agronomist. He had the fruit patented.

2. The Spread of Valencia Oranges

Before Wolfskill died in the year 1886, he sold the patent rights of the Valencia orange to the owners of the Irvine Ranch. In turn, almost half of the lands of these owners were planted and cultivated with Valencia oranges. This crop was very successful in Southern California and the place Valencia, California was named because of such success. It has become the most popular orange juice in the whole US.

In the mid-20th century, the Valencia orange was improved in a major way. Virus-free strains were developed by Lena B. Smithers Hughes, a botanist from Florida, for budwood production. The major improvements were successfully made. By 1983, about 60% of Valencia oranges that were propagated for cultivation in the state of Florida, US are made up of the Hughes Valencia bud line.

4. The Description of the Fruit

#Valencia Oranges – Valencia oranges have between 1 and 6 seeds per fruit, if it’s seedless, it’s not a Valencia! pic.twitter.com/pPY0wYRnjT

Seeds are present in the fruit. The number of seeds in each fruit may range from zero to nine. The taste is excellent and desirably fresh. The internal color is also distinctive and unique which is not commonly found in other citrus fruits. On average, the diameter of a Valencia orange is at 2.7 to 3 inches or 70 to 76 millimeters. Aside from that, it also weighs around 96 grams.

This type of citrus fruit is only available during the summer season. The Valencia orange needs a certain type of climate, a sub tropical one, in order to grow. This is the reason why this type of orange is only grown and harvested in March up until June or July of each year. This is also the reason why the Valencia orange is also known as a summer orange.

The fruit, just like any other type of citrus fruit, is a rich source of Vitamin C which helps in the prevention of colds during the winter season. Aside from that, it also contains flavonoids, folate, and fiber. Certain antioxidants are also present in the Valencia orange. These antioxidants are the ones responsible for boosting the immunity system of an individual.

There are numerous recipes that you can make out of Valencia oranges. Some of these recipes include chocolate-covered orange, orange upside down cake, and Valencia orange vanilla cupcakes with pistachio butter cream, among others. These recipes are usually easy and simple to make. However, there are also other recipes that are hard to make. It just depends on the recipe that you will choose, if you ever decide to make one.

Because of the juiciness of these oranges, you can actually make a fresh fruit juice out of it. Aside from that, the orange can be cut into several wedges and chilled in the freezer. Once they have been chilled, they can be put into drinks like ice cubes. A Valencia orange can also be sliced into wedges and can be served as side garnishes for plates or snacks, called smiles.

Another important thing that you might want to know about the Valencia oranges is their shelf life. This type of orange is actually known for its long shelf life. While it can be put into a fruit basket, it will be better to have this orange refrigerated for around two weeks, three weeks the most, so that the sweet flavor that is known for will not be lost.

10. How to Choose the Best Ones

Nothing like getting fresh picked fruit delivered to you!! Valencia Oranges, Myer lemons, … https://t.co/GyhXKv65ZI pic.twitter.com/xnCC7YApxM

In order to choose the best ones, there are some things that you have to take into account. One, you have to select one that feels heavy. The orange must have a tight skin. It should also give in to just a little bit of pressure. However, it should not have any soft spot. It should be free from bruising and shrivelling, as well.

If you want a refreshing drink during the summer, the Valencia oranges are the best ones for such drink. These ten facts about this type of orange will surely help you realize its usefulness and appreciate its delicious taste. To buy them, just go to your nearest grocery store or fruit stand.

10 Things To Do in Gandia: Spain

10 Things To Do in Montserrat :Spain