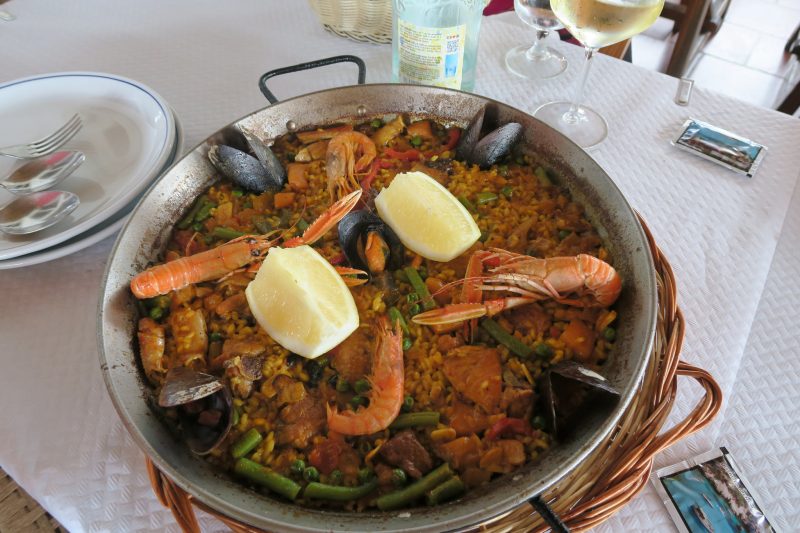 The Balearic Island is known for its spectacular beaches, sun, sites and incredible variety of local cuisine. You could eat fresh fish, delicious pastries and vegetables. Traditional Balearic food is available in many restaurants not only in region but all over Spain. We have selected few of the most popular Balearic dishes for you to eat. 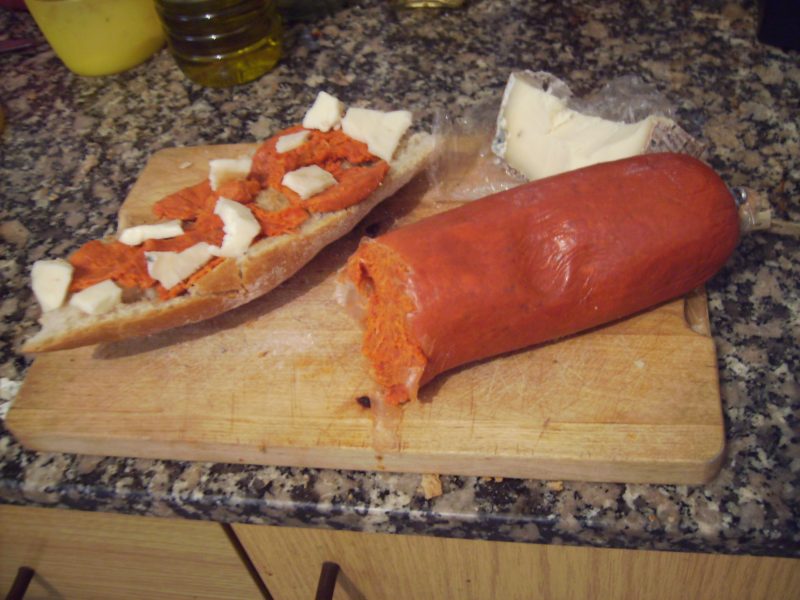 Sobrassada is a special sausage made of pork mixed with various spices including paprika, salt and black pepper. You can find many variations of this dish such as spicy and sweet depending on how you like it. Sobrassada is often served with special bread and can be easily found all over Spain.

Coca de trampo is a tasty dish which is found in every bakery on the Balearic Islands. It is very similar to Italian pizza and also known as coca de verduras. It consists of a thin base which is topped with chopped onions, tomatoes and peppers, making it very simple yet tasty dish for all the noncheese pizza lovers. 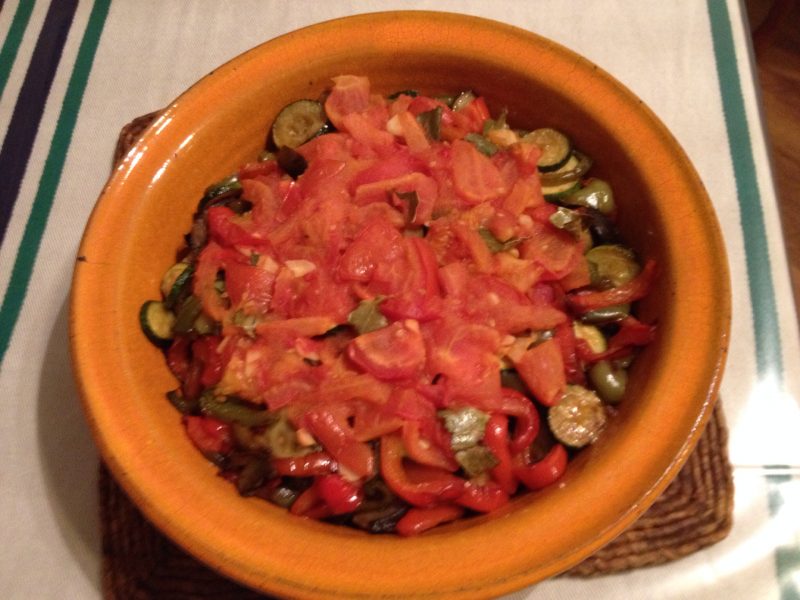 Tombet or tumbet is a traditional dish of Mallorca Island that can be found everywhere. It is made of aubergines, potatoes and red pepper fried in olive oil. These are layered in a dish which is then topped with tomato sauce and parsley.

Caldereta de langosta is a delicious lobster stew and is one of the delicacies of Balearic Island. A sofrito (sauce) is cooked made of tomatoes, parsley, garlic and onions, to which lobster pieces are added. This tasty stew is then served hot with crusty bread.

This dish consists of skate which is sautéed in garlic, pepper, onion and saffron, then decorated with crushed almonds to add a sweet taste. Just a few ingredients and this scrumptious dish is ready which is liked by all including children. 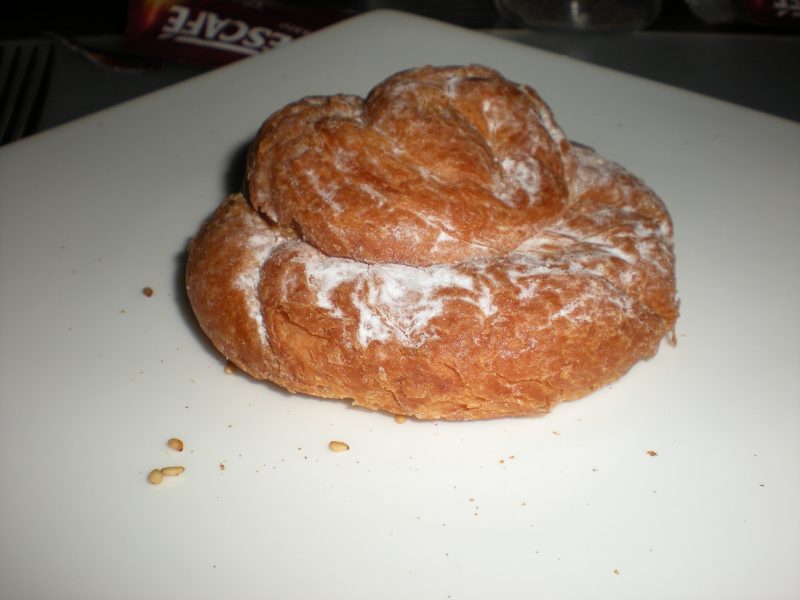 This is the most famous traditional food of Mallorca which is usually eaten for breakfast. It comprises of sweet buns made from flour, sugar, water and eggs which are then dusted with icing sugar on top. It can contain variety of fillings including chocolate, cream or custard. You can eat this at most of the bakeries in the region.

It is very popular soup which is served in many restaurants as a starter in Mallorca. It is made from very simple ingredients including onion, parsley, garlic, tomato and green pepper. Chopped cabbage is also added later along with cauliflower, peas, spinach and water. This delicious soup is served hot with bread on top to absorb the liquid.

Mao cheese or Mahon cheese is originated from Menorca and is one of the many best kinds of cheese of Spain. It is a soft cheese made from cow’s milk and tastes salty, milky and buttery. This cheese is easily available not only in Menorca but throughout Spain. It is usually served with bread and wine.

Berenjenas rellenase is another famous and tasty dish of Balearic cuisine. It is made from aubergines without skin cooked with minced meat, onions, tomatoes, garlic and other spices. The mixture is then put into aubergine skin and topped with cheese or breadcrumbs and further baked in oven and served hot.

Most Mallorcans will drink a glass of hierbas mallorquinas after finishing off their meal. It is a green colored drink made from different herbs, aniseed, fennel, mint, lemon rind and rosemary. This liqueur is said to be a digestive tonic that will make stomach relax after big meal.

7 Places to Shop in Soller

10 Things To Do in Deia:Spain