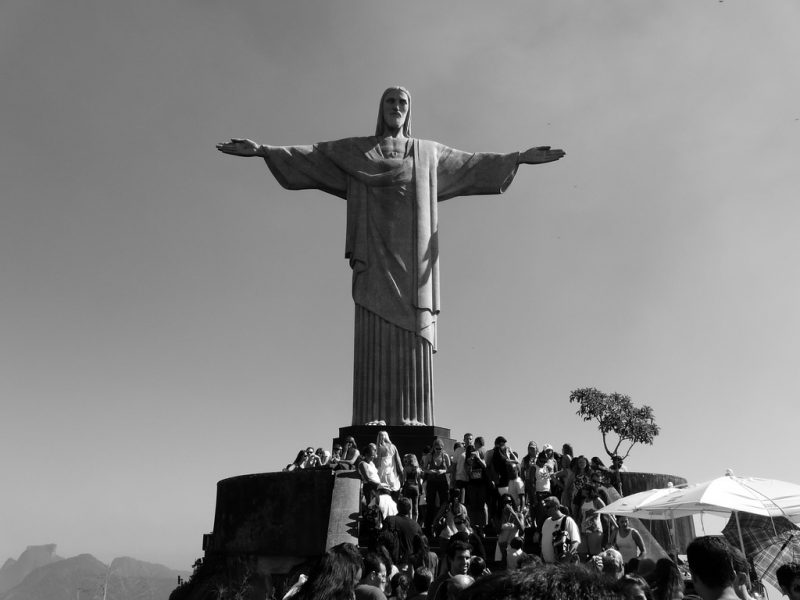 Brazil is a place that offers a lot of attractions to its tourists. One of these attractions, and probably the most famous tourist spot in Brazil, is the statue of Christ the Redeemer or Cristo Redentor located in the capital city of Rio de Janeiro. Here are the top 10 things that you might want to know about this huge statue overlooking the capital city.

Did you know that about Christ The Redeemer, Rio de Janeiro? https://t.co/SNTwFksSpd pic.twitter.com/kkuHLZ7q0X

The Christ the Redeemer statue is a tall and heavy one. Just behind the Christ the King statue of Poland and the Cristo de la Concordia of Bolivia, it is considered as the third tallest statue among other statues of Christ. The builders used soapstone and reinforced concrete as primary materials in sculpting the statue. They have actually brought soapstone from Sweden.

This specific statue is constructed atop a 700-meter hill. The hill was originally named by the Portuguese as Temptation Peak when they arrived in the 1500s. The Bible was used as a reference to the name. However, it was later changed to Corcovado Mountain in the 17th century because the mountain looks like a hunchback. Concova or Corcunda is Portuguese for hunchback.

3. How to Reach the Statue

You will need to climb a total of 220 steps for you to be able to reach the viewing area of the Christ the Redeemer statue. The steps are good for young and healthy people. For the elderly and those who do not have the capability to use the stairs, the authorities have set up escalators to help these particular individuals out. This way, it will be comfortable for them to go to the viewing area.

4. The People Behind the Construction

Paul Landowski was the one who designed and sculpted the official draft of the statue. He is a French sculptor. His father is also a famous French sculptor named Marcel Landowski. In the aspect of construction, two engineers made the idea possible and were at the helm of the construction process. They were Heitor da Silva Costa, a local engineer, and Albert Caquot, a French engineer.

5. Financing of the Project

The Catholic Church in Brazil organized and led a nationwide fund-raising campaign so that the construction of the Christ the Redeemer statue can be started. Lots of residents volunteered for this campaign. Even the current honorary president of FIFA, Joao Havelange, was part of this specific campaign when he was just a child. The total cost of the construction at that time was about $250,000. For today’s conversion, it is about $3.2 million.

6. Duration of the Construction

Heitor Levy, a Jew, was one of the many engineers who helped in the construction of the statue. During that time, the number of people who might die due to the construction of a massive statue was also being accounted for. However, no one was injured, not even a bit, all throughout its construction process. This was considered to be a miracle which was why Heitor Levy converted to Christianity.

Originally, the color of the Cristo Redentor statue was green. However, after the passage of time as well as the effects of the element of nature, the green color was washed out. This is the reason why it appears to be white today. Aside from that, the structure has also been struck by lighting for a couple of times already. The eyebrows, fingers, and the head were among the parts damaged by lightning.

The statue was also spray painted with graffiti at one time. It was closed to the public on April 16, 2010 so that reformation can be done to it. However, the vandals were able to enter the site and vandalized the right side of the head. The graffiti was a protest remark that was related to a specific crime that took place a couple of months before the act, which was considered by a local mayor to be a crime against the nation. The vandals were identified at a later date.

10. The Best Times for Observation

@Piclogy : At the right hand side of Christ the Redeemer, Rio De Janeiro | Photography by ©raskalov pic.twitter.com/czXNJeQR07

During the day, the statue overlooks the city of Rio de Janeiro. However, most of the local residents, as well as most of the tourists, will advise new visitors to observe the statue during the evening or late at night. This is because the lights coming from the city will give a good effect to the Cristo Redentor statue. Evening or late at night are the two best times for observation.

Indeed, one of the nicest attractions in Rio de Janerio, Brazil does not only boast about its grandeur. It also has a history behind it. Such statue also reminds everyone that Christ embraces all of humanity and you will surely feel the awe once you see it.

10 Things To Do in Niteroi: Brazil