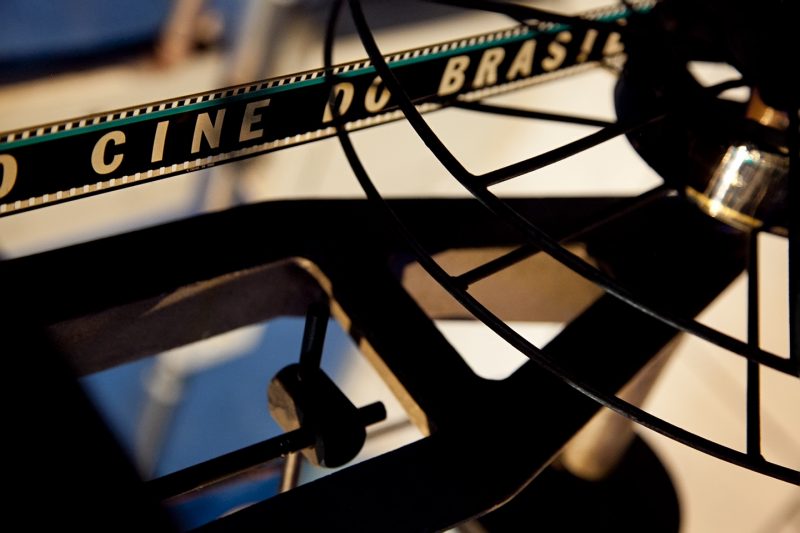 Brazil has a longstanding tradition in cinema and has been involved in moviemaking since the beginning of the 20th Century. Despite a standstill during the 1980s due to lack of government funding, there are many excellent Brazilian films. Those made from the mid-90’s onwards stand out as part of the resurgence in filmmaking in the country. If you are planning a trip to Brazil and want to explore more about the culture and people we recommend watching any of the below films for an interesting and entertaining insight into the country.

This movie was internationally successful and is probably one of the best known of it’s time. It centers around the story of two boys both growing up in the dangerous Cidade de Deus neighborhood of Rio de Janeiro and the different paths their lives take. It is set between the 1960’s and 1980’s and explores the surge of organized and violent crime and the impact this has on the lives of the protagonists. The narrative takes a unique perspective into corruption and struggle from the eyes of the character Buscape, who just wants to be a photographer amid the chaos.

Directed by Walter Salles, this film follows an unlikely friendship between a young boy, Josue and a cynical middle aged woman, Dora, in the search for Josue’s father. The two characters travel from Rio de Janeiro to the northeast of the country, in a trip that also marks the progression of each character. Dora in particular softens and grows to love Josue. The film was critically acclaimed and won the Golden Bear at the Berlin Film Festival as well as a BAFTA, Golden Globe and was nominated for an Academy Award for best Foreign Language film.

Another masterpiece by director Walter Salles (this was, in fact, his first film), before he found fame with Central Station. This story tells the tale of a young man who goes to Portugal after the death of his mother, in search of a new life. Once there he falls in love with a Brazilian immigrant. A cinematic reflection of the state of the country at the time, the black and white photography, and sense of disparate melancholy are beautiful in weaving a story of separation and not belonging.

This is a tense political thriller that explores the true events of the 1969 kidnapping of the US ambassador to Brazil by resistance group MR8 who were fighting against dictatorship. The film was directed by Bruno Barreto. It is a successful portrayal of the violence and tension of the period an explores the motives for the kidnapping, shedding light on what was driving the actions of those involved.

A dramatic and lighthearted story of one woman and the three men in her life as they all end up living under the same roof with her four sons. The story has comic moments despite the harsh backdrop of a poor village in the hinterland of the Northeast of Brazil. Some say that the role of Darlene, played excellently by Regina Case, redefined the role of Latin American women in cinema.

A unique collection of short stories showing the simple lives of the poor and marginalized. Director Claudio Assis mixes a delicate blend of tales as the film moves between the hotel and a bar in a poverty stricken neighborhood and follows the lives of the sometimes exotic characters who live there.

The film features real life mother and daughter playing mother and daughter in the film and chronicles their lives from 1910 to the late 1960s.  The story is beautifully set in a remote, desert-like location in the state of Maranhao, where the family relocates in 1910. It is a tale of the strength of the women and their struggles to survive in the remote sand dunes, a metaphor for their endless attempt to escape their fate in the desert.

Another look at the violence of the favelas of Rio, but this time shown from the perspective of the elite police squad tasked with controlling the drug gangs in 1997. Directed by Jose Padilha, the movie was a firm success winning awards and bringing fame to the cast.

This is the true story of a young Brazilian, Joao (Johnny) whose life spins out of control as he transforms from middle-class fun-loving party guy to big time cocaine dealer in Rio during the early 1990s. The film chronicles his fall from grace as he spends all his money and ends up arrested and in a judical asylum before being integrated back into free society.

A film about the inhabitants of an apartment block in the city Recife, one of the most dangerous and violent in the country. It’s a gritty exploration of how the city affects its people, absorbing them into the noise, danger and chaos that exists. The film was positively reviewed for it’s haunting evocation of what it is like to live day to day amid a culture of fear.

https://youtu.be/phXWKkxsrgs
This is a tender, sensitive story set in 1970, during the Brazilian Military Dictatorship of 1964 – 1985. It shows the life of a young boy whose parents (communist militants) leave him behind to escape the repression of the dictatorship. They leave him with his grandfather, not realizing he has in fact passed away. The film then follows the life of the boy, Mauro, as he is taken in by Jewish neighbor and learns to grow up in this new life. The film was submitted as  the Brazilian entry for a Foreign Film Academy Award but sadly did not win the selection process. Despite this, it is a successful and excellent film about a fascinating time in Brazilian history.

One of the most stand out and important films in the history of Brazilian cinema, Vidas Secas was adapted from the book by Graciliano Ramos. It was directed by Nelson Pereira Dos Santos and tells the story of a very poor family in the Northeast of Brazil as they search for a better life amid drought and misery. An iconic piece of Brazilian history and filmmaking that should be on every movie-fan’s list.

A contemporary film from first time feature director Fernando Coimbra, this is a very dark look at the aftermath of a child’s kidnapping. It focuses on a flashback to explore the love triangle at the center of the plot, between the parents of the child and the mistress of the father. Its a somewhat violent look at the unpleasant side of humanity, however a well-received and excellently executed story that is worth seeing.

Director Hector Babenco delves into the story of Brazilain MD Drauzio Varella and his AIDS prevention program in the largest prison in Sao Paulo, Brazil. This is based on true events and shows how the doctor discovered prisoners living in degrading and over crowded conditions (nearly double the maximum of 4000). The climax occurs when police kill over 100 men in order to put a stop to rebellion. An important social document to come out of recent Brazilian cinema.

An earlier masterpiece by Hector Babenco, Pixote is a compelling look at the impoverished youth of Brazil and how they are used to commit crimes, controlled by corrupt police and other crime organizations. The story particularly follows one young boy, who is used as a pawn in muggings and drug trafficking. The movie is shot as though it is a documentary, showing a gritty, urban side to the cities of Brazil that reflects reality. A poetic look at the insanity of the horrors of reality.

The films listed here have been picked for their outstanding content and unique takes on Brazilian culture, but they are just a handful of many more examples of incredible cinematic achievements that anyone wishing to know more about Brazil, or films should investigate further.