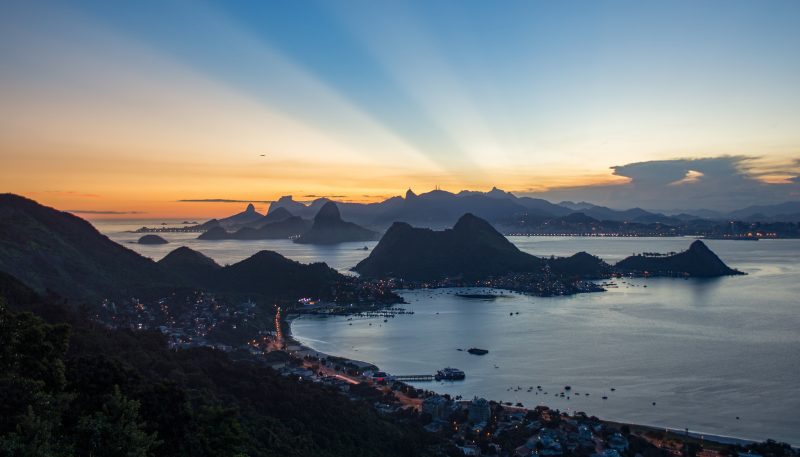 If you are traveling to Brazil for the first time, there are a couple of information you need to know about this country before you embark on your journey. Brazil is large and it is a multicultural country with numerous nationalities living together in one place. Each and every group has their own customs and culture that are connected with each other. So here is the list of some basic facts you should know about this amazing place.

Brazil is the largest country in South America. It has everything – a coastline, mountains, forests, and rivers. It borders almost every single country on that continent and numerous nationalities live in this place. As a matter of fact, they are very proud of their diversity and you will hear a lot of languages while you are in Brazil.

The name Brazil comes from a word for a wood that can be found in this part of the world. It is a very dark rosewood that used to be exported from Brazil and it was this country’s main product. However, the production of this wood was forever stopped in 1960s and it is now protected by the law.

The Ipiranga Museum is the landmark of Independence and history Brazil and São Paulo. Besides the architectural bea… pic.twitter.com/diXmZo4z0O

Brazil was under the Portuguese rulers and kings for centuries. In 1888 the revolutionaries managed to overthrow the king, place their own leadership instead and Brazil became an independent republic. Their independence is celebrated in November and it is a very important holiday for every single citizen of this country.

You are probably familiar with the flag of Brazil but the meaning behind the colors and symbols are quite fascinating. The green represents all the forests in Brazil, the yellow is for all minerals found in this country, and the blue circle is a picture of the stars over Rio de Janeiro on the day when Brazil declared their independence.

Brasilia is the capital of Brazil. It was completed in 1960 and the entire layout of this city was designed in advance. Lúcio Costa and Oscar Niemeyer started working on the plans four years prior. Therefore, this city became a UNESCO World Heritage Site due to the gorgeous architecture and the perfect layout.

The official language in Brazil is Portuguese. As a matter of fact, they are the largest Portuguese speaking country in the world and the only one in this part of the planet. On the other hand, there are over 170 different languages spoken in this country due to the diversity of this nation.

The climate in Brazil is mainly tropical and the temperatures are on the higher side throughout a year. Winters can be rainy and weather can be bad, but it is generally sunny and pleasant. The southern part of the country has a slightly different climate with more rain and clouds during the colder seasons.

Amazon River is one of the most recognizable symbols of Brazil. It is located in the northern parts of the country and it is surrounded by a thick rainforest. The length of the river itself is 4,250 miles which makes it the largest river in the world. It is also a home to many interesting species of fish such as piranha.

Brazil is known for their coffee, but they are one of the main manufacturers of soy beans, cotton, and various exotic fruits that can be cultivated on this land. Various climates are excellent for the agriculture and Brazil’s rural areas are very developed in terms of crop production.

10. Carnival is a very important event

Carnivals are held every year in all the major cities and they are among most anticipated events in the world. They are happy, flashy, and everyone can participate and have a great time. People of Brazil adore this event and the carnival days are the most festive period of the year.

11. Football is the national sport

One of my life goals is playing football on the street in Brazil. The better and best place ever to enjoy football. pic.twitter.com/yvJYmf4aQZ

There is no need to repeat how important football is to every single citizen of this country. They are very passionate about this sport and the games played by their national team are watched religiously. So many famous football players who are dominating the pitches all around the globe come from this country.

There are plenty of national parks all around this country and they are pretty incredible. The rainforests are particularly beautiful so if you happen to visit Brazil, make sure you go exploring the vast nature that surrounds the majority of cities and urban areas here.

Brazil is known for a large number of animals living in the previously mentioned rainforests. As a matter of fact, there are 600 different mammals, 1,500 fish species, and 1,600 bird species all living under one roof. So if you want to see some of the most fascinating animals on the planet, Brazil is the place for you.

People of Brazil love spending their days by the sea, lounging around, and drinking a cold beverage. They are known for their laid back attitude and optimism. So don’t be surprised when you see a lot of locals sunbathing or swimming in the ocean – it is simply a way to relax for them.

Brazil is the second largest Christian country in the world and people of Brazil are quite religious. You will see a lot of churches or religious statues everywhere you go and the majority of them are architectural masterpieces. You should definitely visit at least a couple of them even if you are not a Christian yourself.

Brazil is such an extraordinary place filled with incredible nature and amazing people. We have covered all the basics you need to know before you pack your bags and catch your flight and we hope you’ll enjoy your visit to this country.

15 Desserts to Try in Brazil