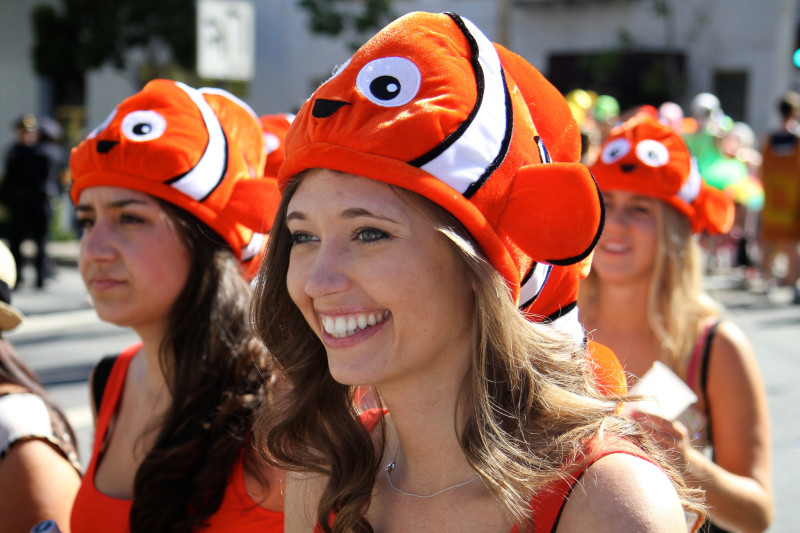 The second month of 2016 is almost gone, but we have prepared for you a great list of events in San Francisco you can’t miss! In January, we celebrated Martin Luther King Jr. Birthday and San Francisco Sketchfest. Despite the fact that winter is almost over, we thought that we need to start from those events in February, that you will go next year. So, jump into a comfortable chair and be sure to attend each of them in the nearest future. 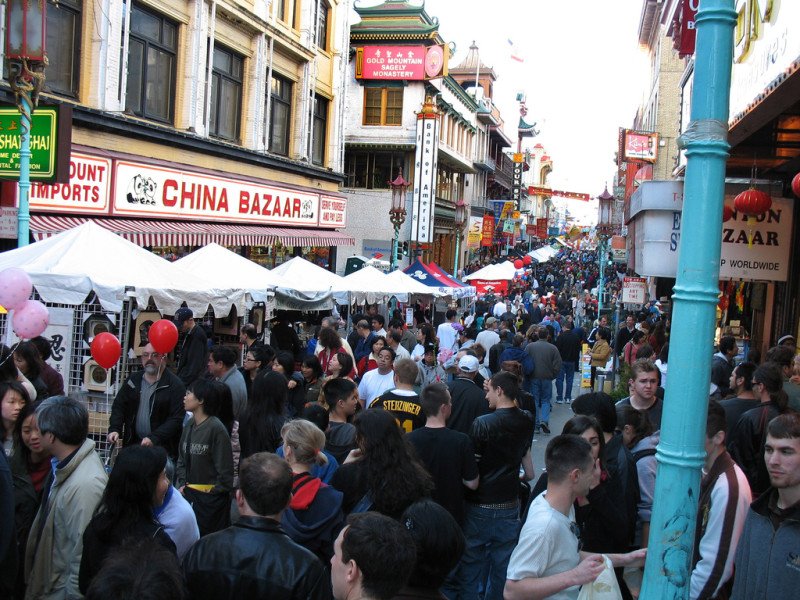 Do you know that the fanciest Chinatown is located in San Francisco? Since Lunar New Year is the Chinese celebration, just imagine how it’s done there. You won’t have the opportunity to see that amount of people just wandering among the Chinatown. Besides, it’s located in the city center so it will take you nothing to enjoy other attractions in San Francisco. 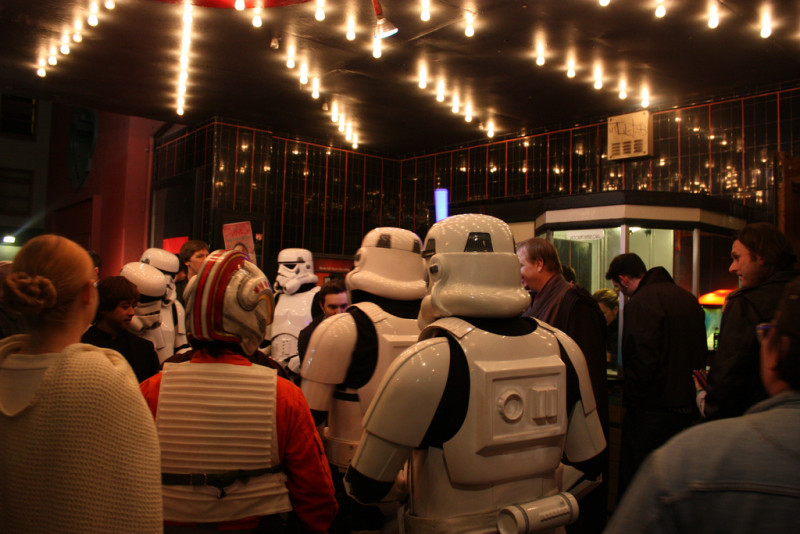 San Francisco IndieFest is the one of the festivals, organized by Jeff Ross. Besides this one, you can enjoy DocFest in the fall, “Another Hole in the Head”(the horror genre) and the Winter Music Festival. However, if you like indie projects in cinematography, San Francisco IndieFest suits you the best. Visit the website to know more than the duration of the festival. 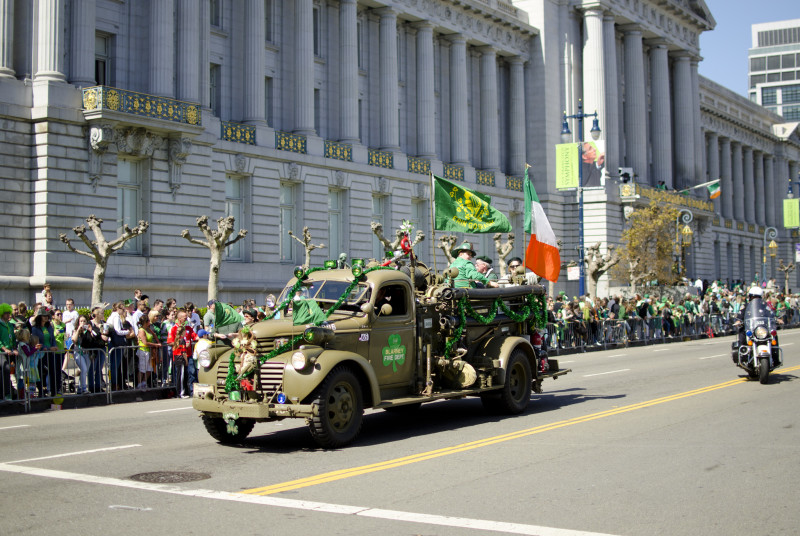 On Saint Patrick’s Day, every American turns to be Irish. No wonder that the holiday is included in Top 5 most celebrated holidays in the USA. Returning to St. Patrick’s Day, San Francisco Day parade is not an exception. Besides, San Francisco’s population contains more than a third of the Irish. You will be impressed by the atmosphere of the event. Don’t miss it! 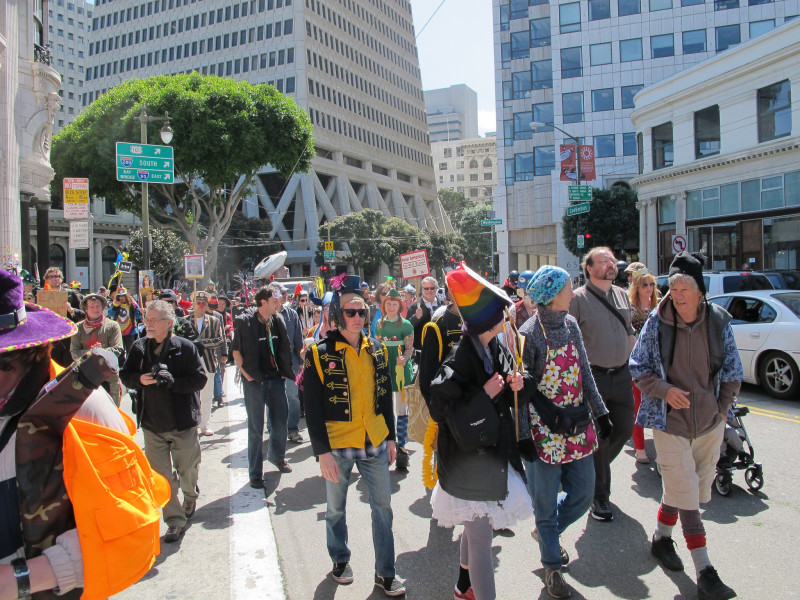 Every April 1 there is St. Stupid’s Day Parade in San Francisco. Planning a trip in the dates? Awesome! Don’t forget to take weird socks or funny clothes, otherwise, you are going to look strange without them. Be sure to visit famous “stations of the stupid”. Don’t know what we are talking about? Go to San Francisco and find it by yourself. 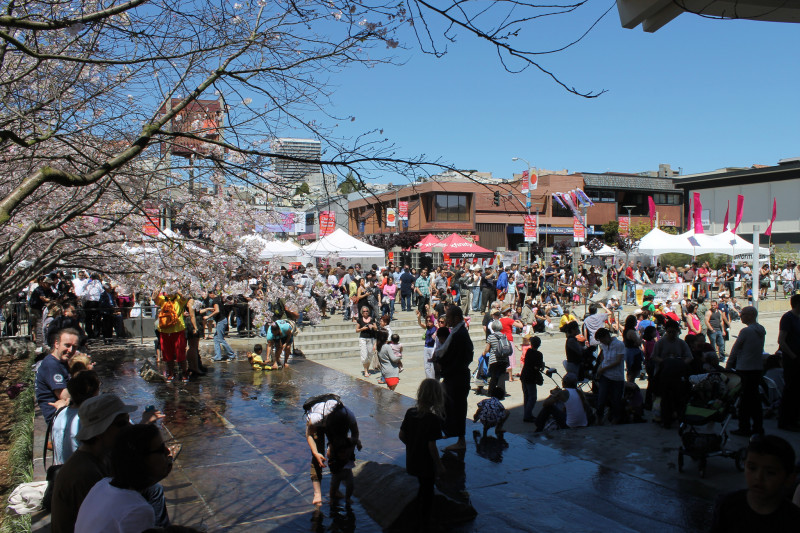 Cherry Blossom Festival is all about Japan and Japantown in San Francisco. It continues for two weeks in April, so when arriving for St. Stupid’s Day, you can kill two birds with one stone. But, if you like sushi and teriyaki or other attributes of Japanese culture, you will be impressed by the Cherry Blossom Festival. Moreover, There are plenty of Sakura’s, which begin to bloom in that period of time.

Earth Day Festival in San Francisco is held near City Hall. Locals call this festival “eco-carnival” because all is about ecology and saving our planet. You will get a chance to create DIY home-energy fix-ups and check out the earth-friendly fashion. Might sound not as funny as you thought, but the main thing here is meeting new people. And believe us, you won’t find friendlier people in the world as in San Francisco. Especially meanwhile Earth Day Festival. 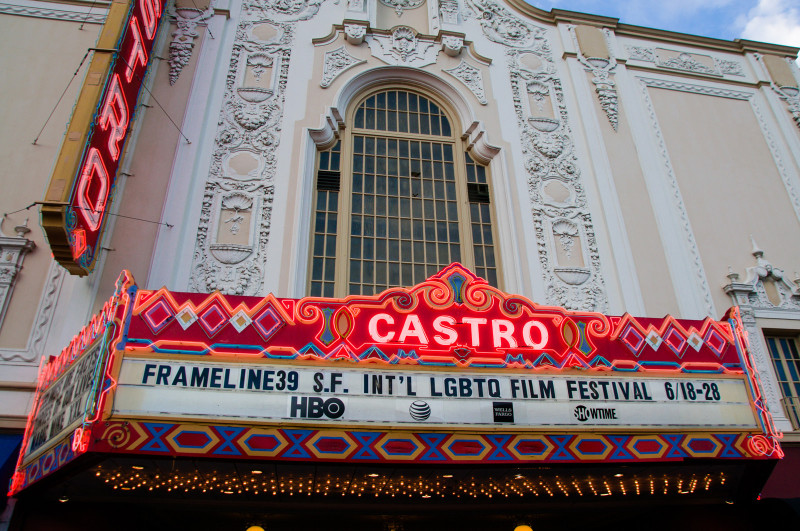 San Francisco International Film Festival is the most important occasion in April. It continues over two weeks and shows more than 150 films and events. If you are a movie fan, this event is must-go. We need to mention that it is the longest-running annual film festival in North America, originally launched in 1957. Still not impressed? Remember that it is an International festival. That’s why you will get the opportunity to see films from over 50 countries worldwide. 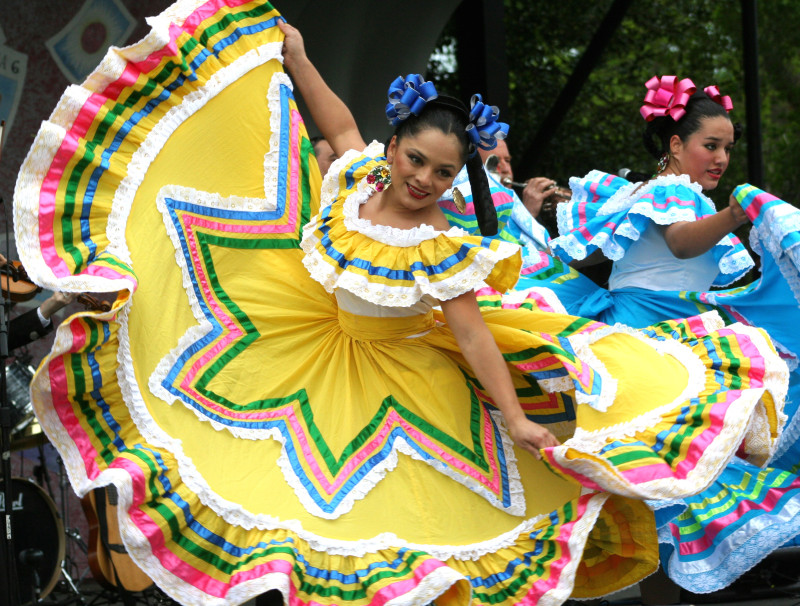 As you could notice from the name, Cinco de Mayo is celebrated by Latino residents in San Francisco. They celebrate the defeat of the French army at Puebla in 1862. Nowadays, there are few left that now the true meaning of the holiday. For others, it’s just another holiday, when you can take on your sombrero and enjoy yourself in Dolores Park. 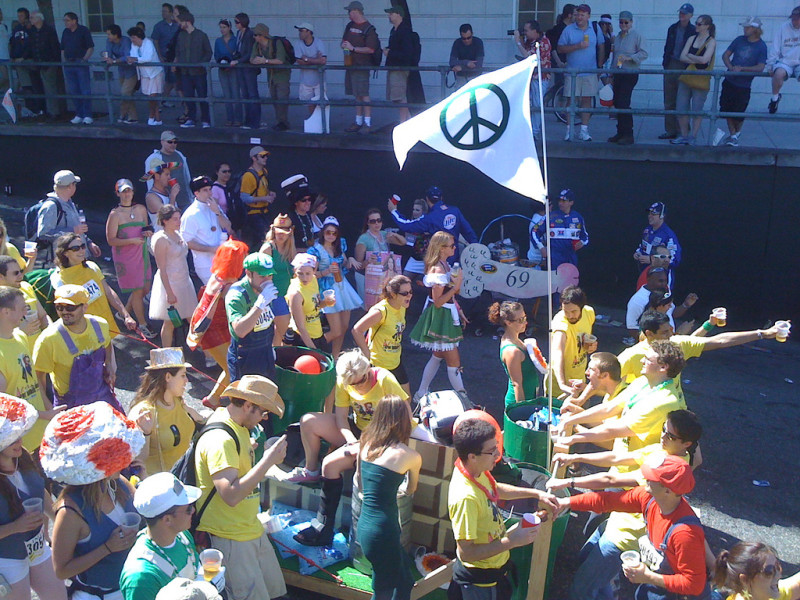 Bay to Breakers is the most important event in May. In 1986, it set a Guinness World Record for largest foot race in the world. But let’s start from the beginning. it was started in 1912 by San Francisco Examiner as a process of rebuilding the city after the 1906 earthquake and fire. Now, more than 50,000 people dress in different funny costumes and run from the Howard Street to Ocean Beach. The distance is about 7.5 miles. 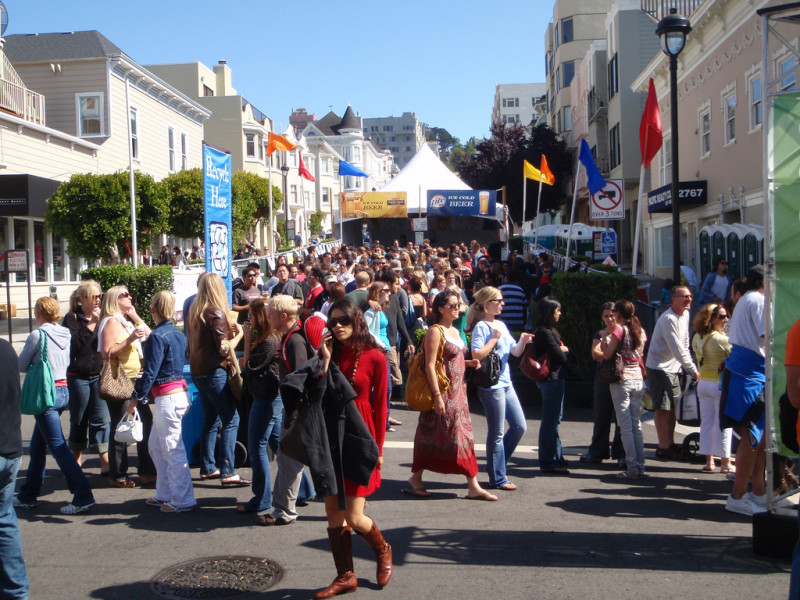 Union Street Festival might be not as fancy as St. Patrick’s Day, but for San Francisco’s residents it’s another holiday on the calendar. Just relax and enjoy the atmosphere of the city. Union Street is the one, where historic Victorians houses are located. Another feature of the event became its fashion show, so if you are a fan, don’t miss the opportunity to visit San Francisco in June.

San Francisco Jazz Festival is the biggest jazz event of the year. There are more, of course, you knew them all if you are a jazz lover. Otherwise, just remember this one and be lucky to attend it. The festival is featured with more than 40 shows in just more than one week. We hope you will discover something new for yourself. 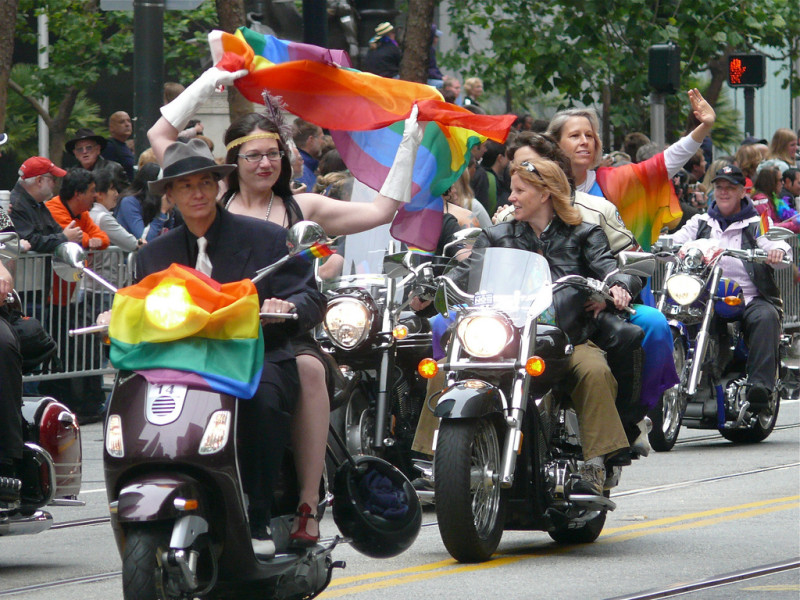 Being one of the first cities to pass gay rights in the US, San Francisco is proud to host annual LGBT Pride Parade. You won’t have an opportunity to see more rainbow flags elsewhere in the world like in San Francisco. People are nice, the weather is great, the food is delicious. What else do you need to have fun and enjoy the party? 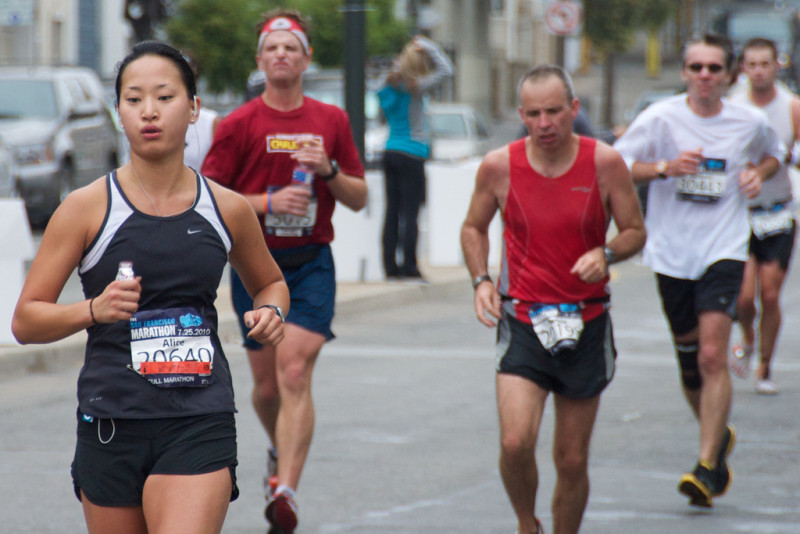 San Francisco is well known for its Ironman marathons. This one is not an exception. It was started in 1977 and is called “athletic cousin” of the Bay to Breakers. The route is made up round the whole city, so you won’t miss any of it, believe us. Of course, if you feel yourself not like a running person, don’t hesitate to take part at less distance. 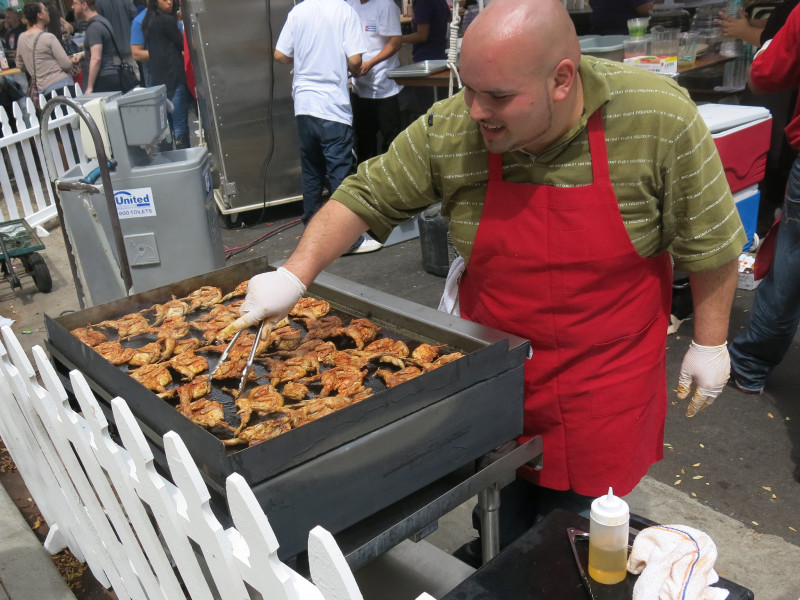 Show us, at least, one person who doesn’t like street food festival? You can’t because everybody love them! Be ready to wear your elastic pants or at least, don’t take your belt. You will find there almost of the cousins. From Japanese to East African. Moreover, if you don’t eat meat, don’t worry; there are a lot of veggie food, like vegan burgers or pasta. 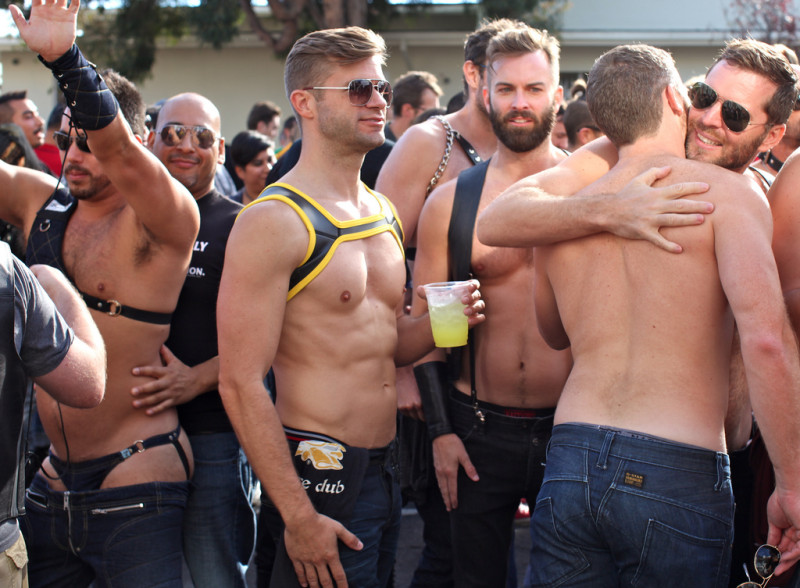 As you can see, there are plenty of events through the year that you can attend in San Francisco. Just pick some, that suits you the most and start preparing suitcases.

10 Outlet Malls and Shopping Center to Go in San Francisco

7 Most Downloaded Songs in San Francisco

15 Tours You Should Experience in San Francisco