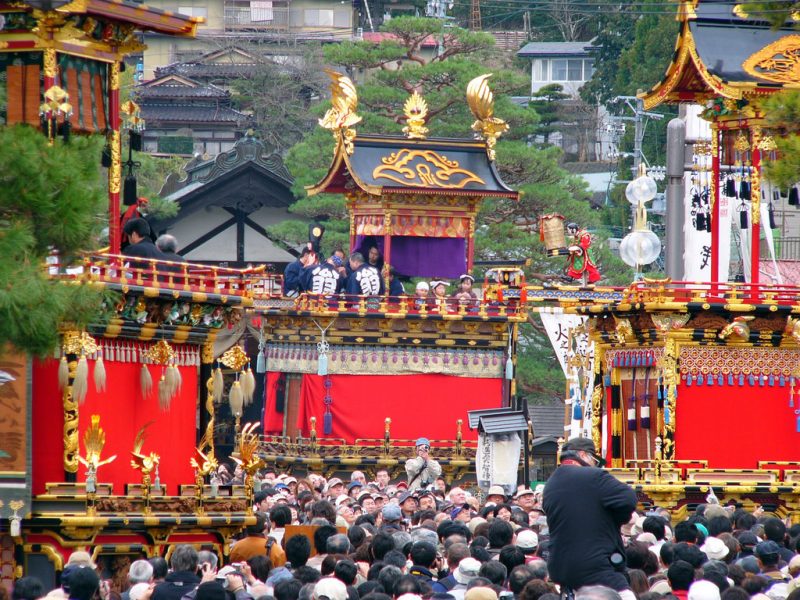 The Takayama Festival: Matsuri (Takayama Matsuri) is the collective name for the Sanno Matsuri and the Hachiman Matsuri. Described as one of the most beautiful festivals of Japan, Takayama Matsuri is held twice annually in spring and autumn in the gorgeous town of Takayama. The purpose of this remarkable festival is to showcase the fascinating aspects of traditional Japanese culture.

The Sanno Matsuri is held on the 14th and 15th of April every year on the Hie Shrine, which also goes by the name Sanno Shrine, hence the name Sanno Matsuri or Sanno Festival. The Takayama Spring Festival is held to pray for a good harvest. Likewise, the Hachiman Matsuri, also known as Takayama Autumn Festival, is held on the 9th and 10th October on the Sakurayama Hachiman Shrine. The Autumn Festival prompts the locals to begin their preparations for the winter.

The center of attraction is the huge ornate floats, or yatai, all scattered around the old town of Takayama. The yatai floats go all the way back to the early 17th century, and are brilliantly ornamented with intricate carvings, detailed metal work, the sculptures and lacquered panels, which justifies the special care being taken for these masterpieces. The floats are all lined up before dusk, ready to take the spectators by surprise.  The floats are displayed from morning till late afternoon of both the festivals. 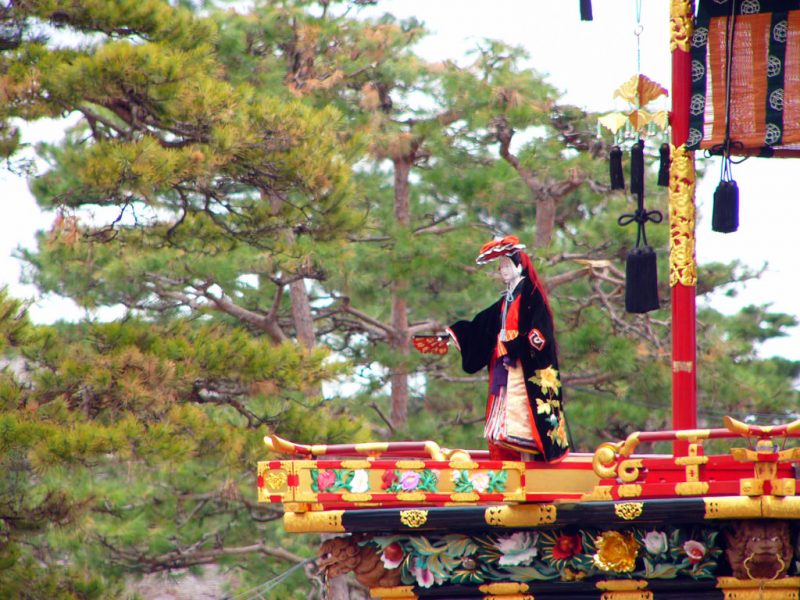 The yatai display is immediately followed by the Karakuri Marionette performance. Several mechanical dolls known as Karakuri ningyo, ornate puppets controlled by dozens of springs by professional puppeteers, enact the old Japanese legends and tales. Karakuri performances are held on both the days of the Matsuri Festival at dedicated times and places. When the weather is not friendly, these doll performances take place in front of the warehouses where the floats are stored.

Thousands of spectators from all over Japan, dressed in traditional Japanese costumes wearing hats with bird feathers, accompanied by the sound of flute and drums, and the Shishimai lion dance in which the performers wear a decorative lion head-like head gear and mimic lion’s movements  to music. 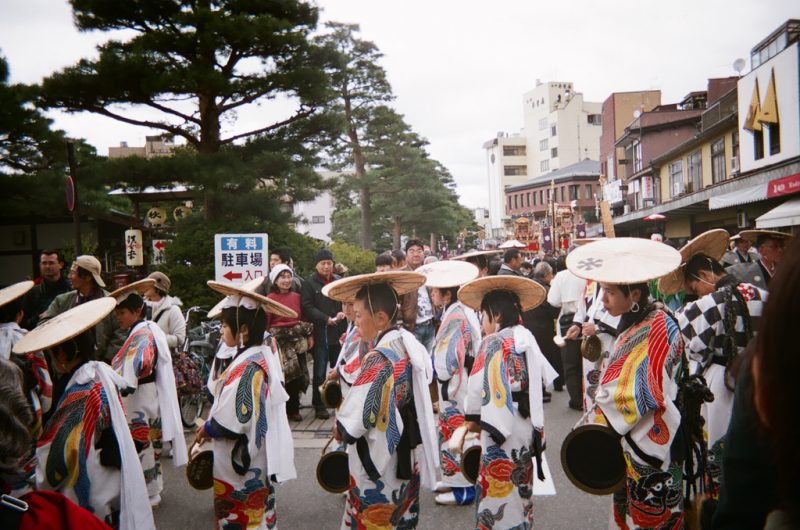 Yet another fascinating part of the festival is the renowned mikoshi procession, in which a moveable shrine (mikoshi) enclosing the Shinto deity is paraded through the town of Takayama in a procession. This procession is followed by a several hundred people playing traditional music and dancing around the mikoshi. 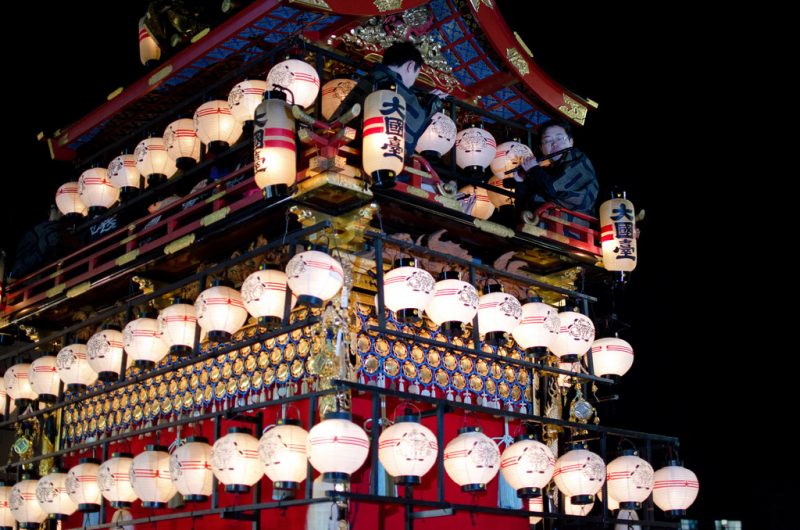 The festival floats are hauled from the storehouses where they are being stored throughout the year, before the evening parade. As the evening light drops, the whole town becomes veiled in the darkness, as 100 paper lanterns adorn these floats, creating a wonderful spectacle. The exceptional ornaments of the yatai floats look even more dazzling, captivating the hearts of festival fans.

This striking celebration, centered around the beautifully decorated yatai floats is an excellent opportunity for the visitors to explore the beautiful old town of Takayama, with with its traditional homes and winding streets.

10 Places To Go Shopping When You Are In Takayama