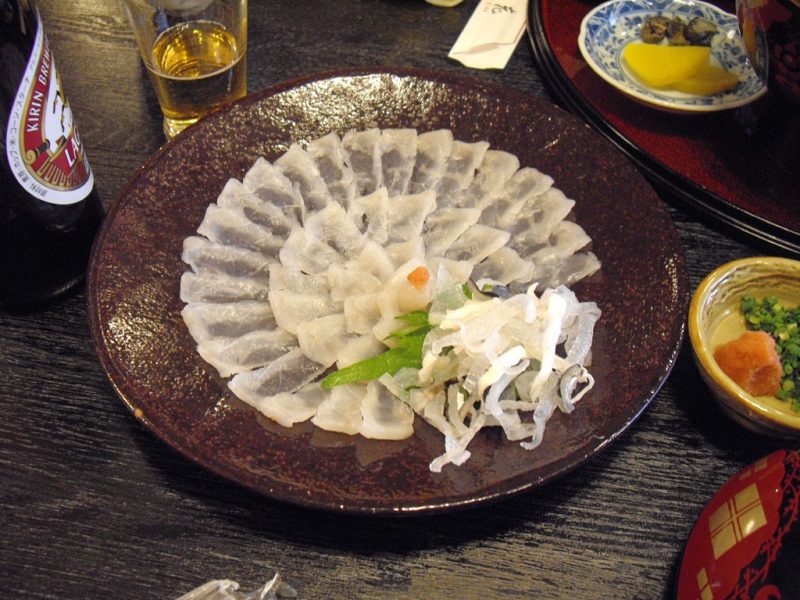 Fugu is a popular Japanese delicacy made from the Buffer fish (blowfish), strictly prepared by only the licensed chefs in Japan. It’s served in paper-thin slices and turns out to be one of the deadliest meals if not prepared with utmost care. One silly mistake in its preparation could be lethal, so only the chefs mastered the art of fugu making are allowed to prepare this delicate but equally delicious cuisine. 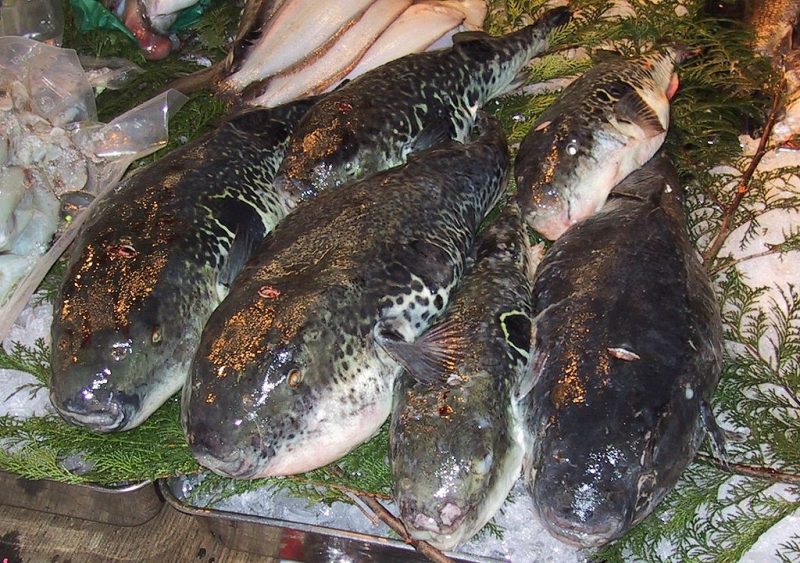 As delicious as it tastes, it could be equally lethal if not prepared by the chefs with a certain skill set. The blowfish contains lethal amounts of a deadly poison called tetrodotoxin, which is believed to be 1,200 times stronger than potential cyanide, and there are no antidotes for them. The toxin is so lethal that even a small dose could kill you instantly, and a single fugu has enough toxin to kill at least 30 people.

Fugu is a fine cuisine that requires proper skills and strict attention to detail and only the licensed chefs are qualified for the task of preparing fugu without compromising the lethal portion. The chefs have to go through three or more years of rigorous training before trying their hands on this deadly delicacy. And at the end of the training, they are asked to prepare a fugu dish and eat it.

The flesh can be eaten safely, if the fish is carefully prepared with each organ being thoroughly washed. Eating a fugu is a luxury which can be experienced only at the expert fugu restaurants. Some people would like the fish with a slight hint of toxin left in it, just because of the thrill. But, too much of this toxin could lead to asphyxia and ultimately death. There are no possible antidotes for this poison till date. 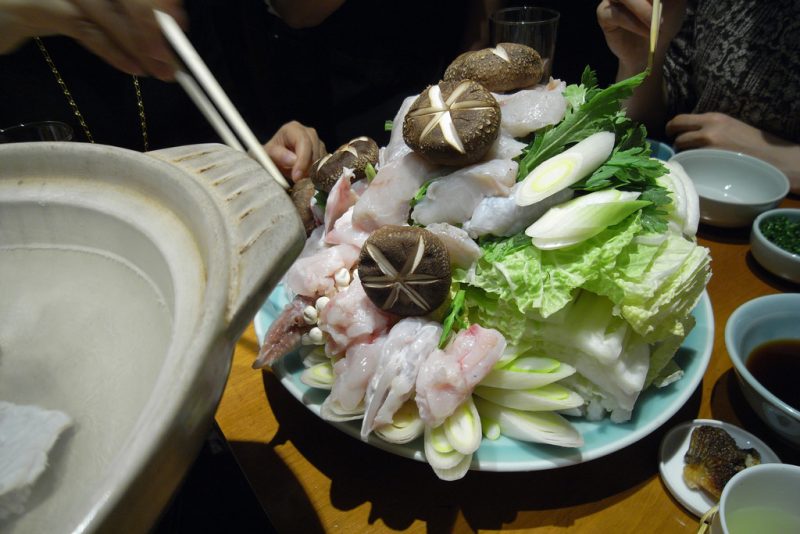 Despite its lethal aspect, fugu can be found at thousands of restaurants in Japan as sushi and sashimi, with the most popular being the fugu sashimi. Special knives with exceptionally thin blades are used to cut them into thin slices. The bones and the head of the fish yield a subtle yet wonderful broth, making for an ideal winter delight.

Fugu has been a popular Japanese delicacy for centuries. Only licensed chefs who have undergone years of professional training at fugu restaurants are allowed to prepare fugu. However, there are no restrictions on fugu sales in some regions. Under the regulations, only the licensed ones are entitled to buy, process and sell fugu. Some food companies are also producing toxin-free fugu in farms. The restrictions have been eased since 2012.

A fugu is definitely a subtle, mild delicacy, and while fugu could be deadly, it is indeed delicious. That tingling sensation only comes from as lavish as the fugu. It’s truly a wonderful gastronomic experience to die for.