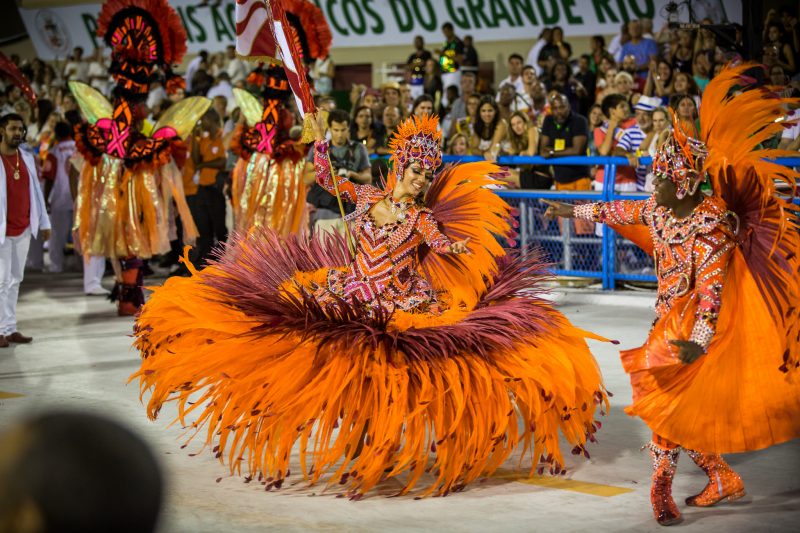 Brazil is significantly known for the enticing festivals held yearly on its streets. Thousands of tourists, friends and relatives flock to enjoy the beauty bestowed by the carnival. It is a week long of pomp, color and you will be on your feet all week long, dancing to the rhythm. Not something you would want to miss. Curious about the holiday? Here are top most 15 things you need to know about the festival. 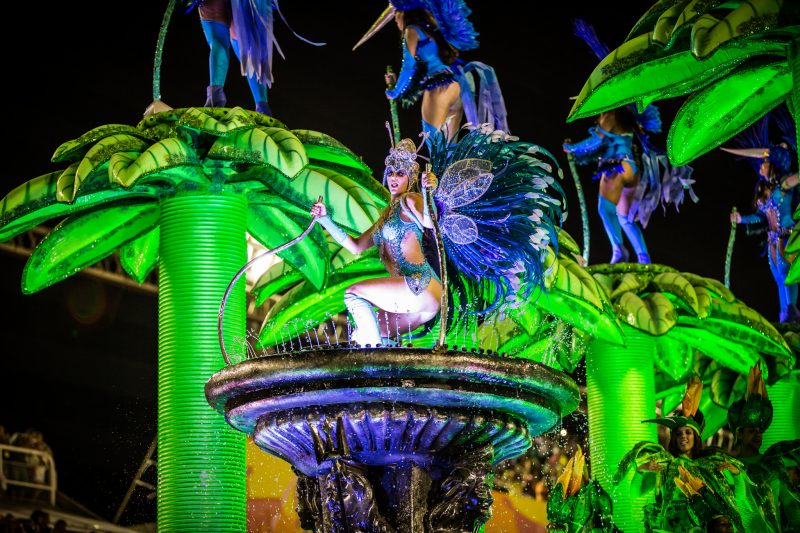 The Carnival of Brazil, in particular, the Rio de Janiero Carnival, marks the beginning of Lent. Lent is a sacrifice period prior Easter that takes forty days. Thousands of people get to participate in the carnival. In 2011, over four million people attended the fair and among them, over 12% were foreigners. During the festivals, there are usually on an average of 2 million individuals on the streets daily. 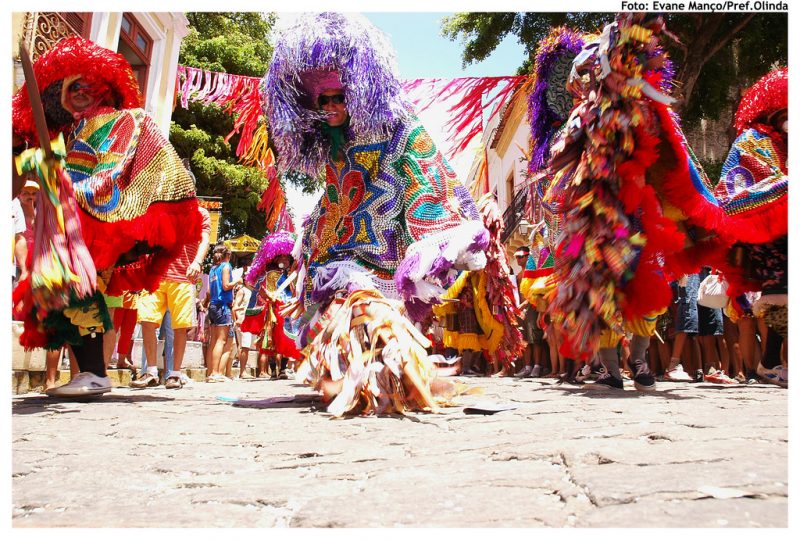 The ever first of these festivities dates from 1723. It is the world’s largest celebrations held in Brazil with at least 200 different schools of samba participating. The dance of samba originated from the region of Baha with rhythms of Africa and came to Rio in 1920.The carnival is a national holiday in Brazil. Even though people flock the celebration, some people don’t like to participate in the festival and hence leave for quieter places. At Sambadrome, the main carnival happens. 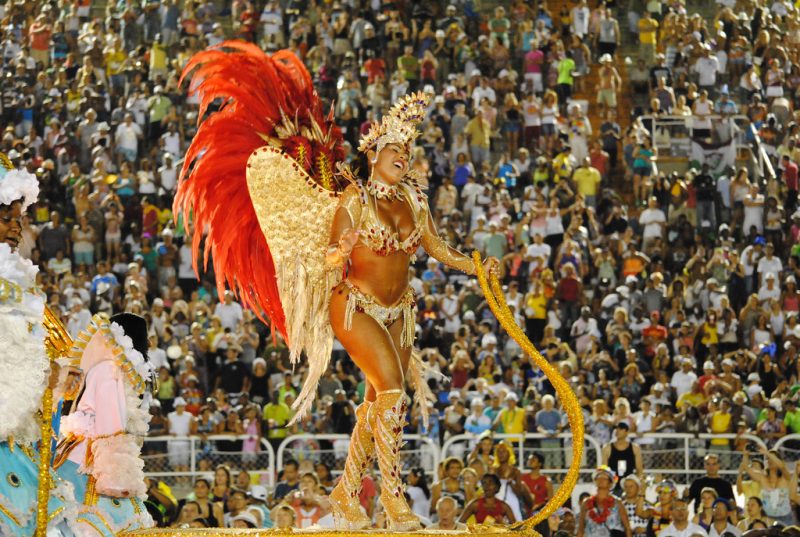 The Sambadrome is Rio’s stadium of samba. Designed by the famous architecture of Brazil, Oscar Niemeyer has a parade route that is permanent and lined with concrete stands ideal for spectators. These positions can sit approximately 70000 individuals. The Sambadrome is the setting for the extravagant parades put by the many schools of samba. There is often a ticket needed for entrance, during the carnival, but the price varies with the location of the seats in the stands.

4. When are the Parades? 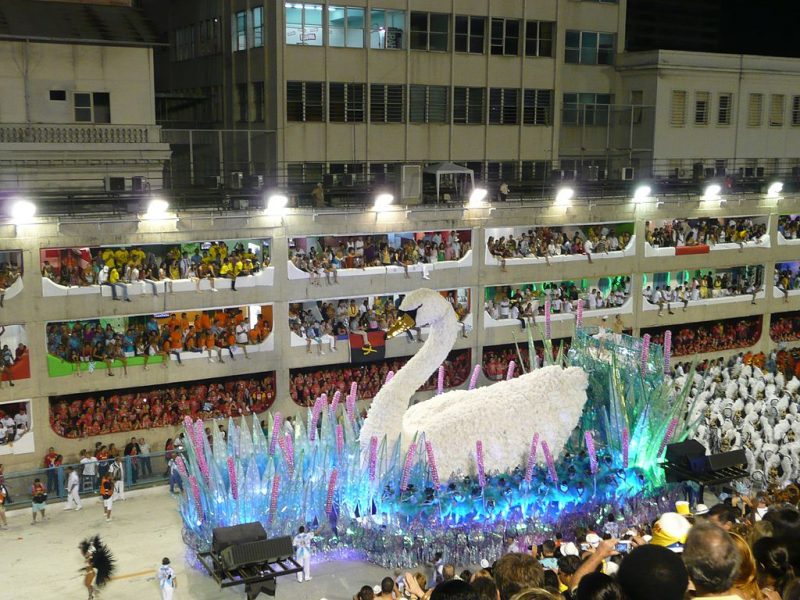 The parades held annually. The pecking order of the performances is that twelve of the top schools march on 16th of  February and March 17th.The shows begin at 9 pm each night and goes on to the wee morning hours. The parade is not only a festival but also a competition between all the different schools each with only minutes between seventy and eighty to make along the route of the parade, their way.

5. More on the Parades 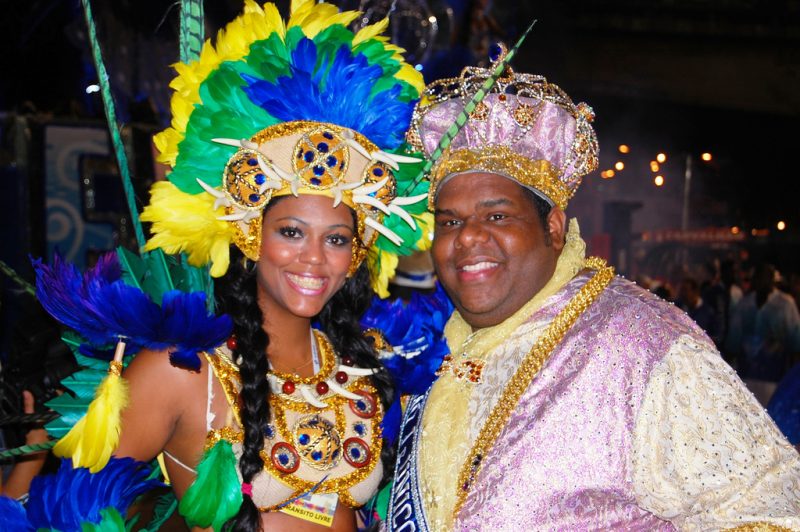 During the carnival, the parades are often opened by the King of the Carnival known as the King Momo. Each of the participating schools has to choose a particular theme. The theme should be inclusive of the details of the designs produced and directed by the carnival designer. At the street level, many musicians and dancers accompany the performers who man the elaborate floats. The head of each school’s parade are the ones to look. The group is of minimum twelve to fifteen dancers who don’t have to match the overall theme of the school but perform a vital routine. The Drummer groups are also the providers of the heartbeat of samba for each procession. 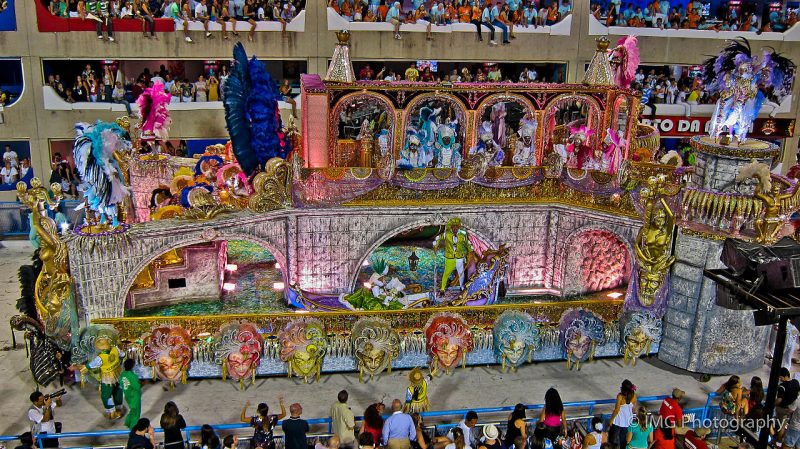 Carnival balls are a traditional part of the carnival and take place at various locations all over the City. The balls are a celebration of music, dance and not forgetting the holiday costumes that are colorful. Among the exotic shots are the Red and Blackball, Gay costume ball and the ball of the beer. For forty years, the balls have been the ideal mix of the Samba with the Brazilian music. 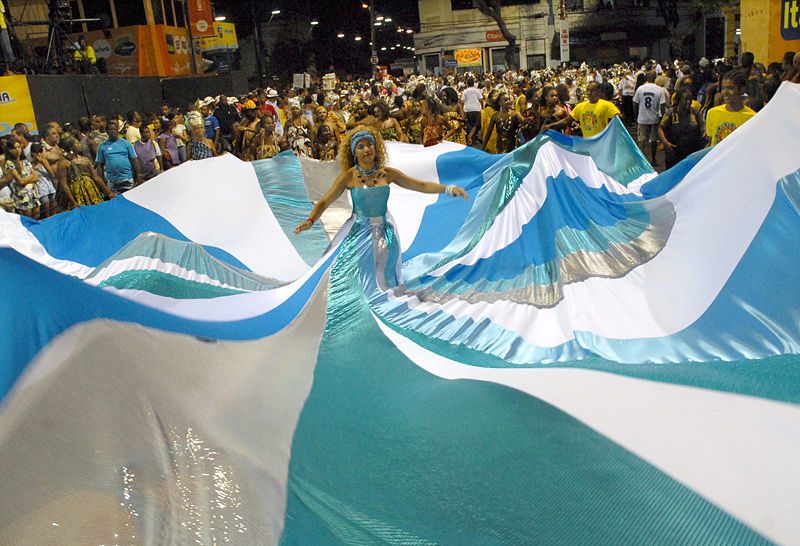 You may not want to participate in the festivities but would love to hear the street bands during the Carnival; the Avenida Rio Branco is the place to be. The Avenida is the coolest place. One may also see the procession of the street bands late in the afternoon as they make their way beautifully along the street. There is also a large number of dancing and drinking revelers enjoying the music by the street bands. 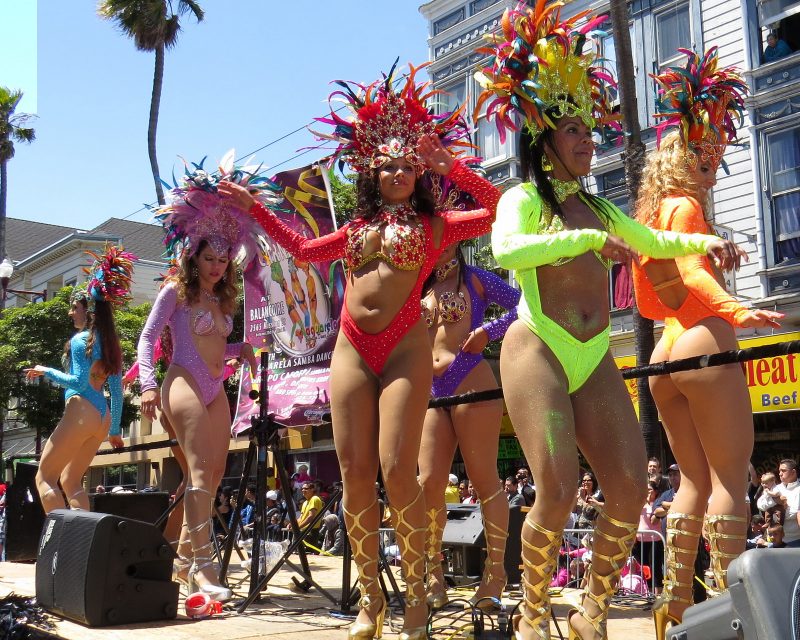 Samba land is an open air celebration held in Praca Onze in Rio. There is a big stage that allows more of dancing and live music. Nearby there are also stalls that sell food and drink to party goers for the whole night ride. The events run from 7 pm to early morning 6 am. It is the ideal place to let you drown in live music and great drinks. 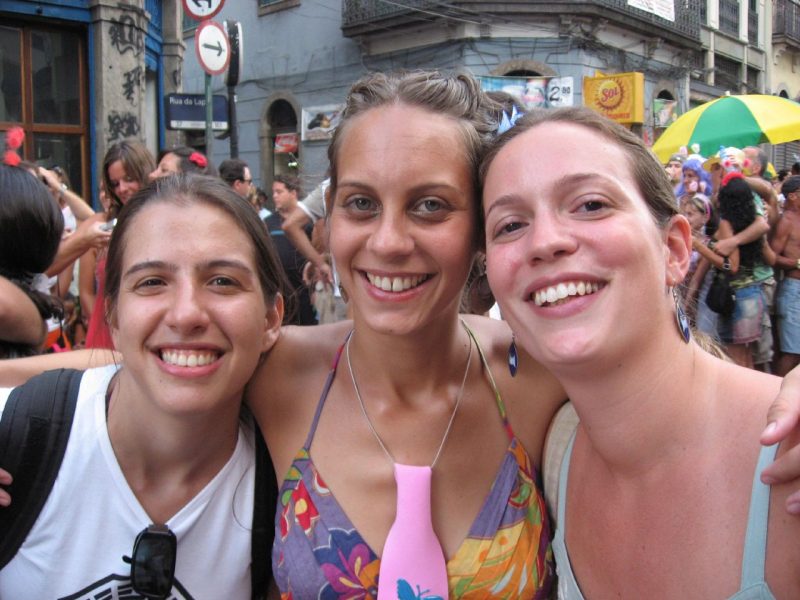 In Lapa, a lot also happens during the carnival. Lapa, a very popular Rio neighborhood hosts most actions during the celebration. Every night from 8 pm till dawn, food, music, and drinks that are majorly of Brazilian descent, are part of the Lapa’s observance during the Carnival. There is plenty of fun not forgetting barbecue stands, and you know what that means! You don’t have to be in the Sambadrome; you can still have a good time wherever! 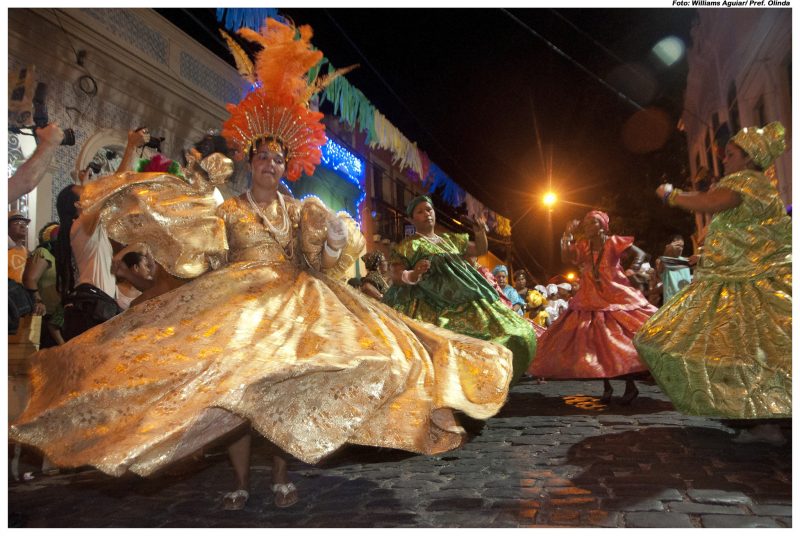 During the carnival, some towns play a different type of traditional music known as the axe. The Salvador in the Bahia is one of the cities. The people get to follow the trio electric which is a truck adapted that carries a band that plays for either seven or eight hours while moving on the street along a circuit. The bands are very traditional groups. You can have a taste of their exotic music. 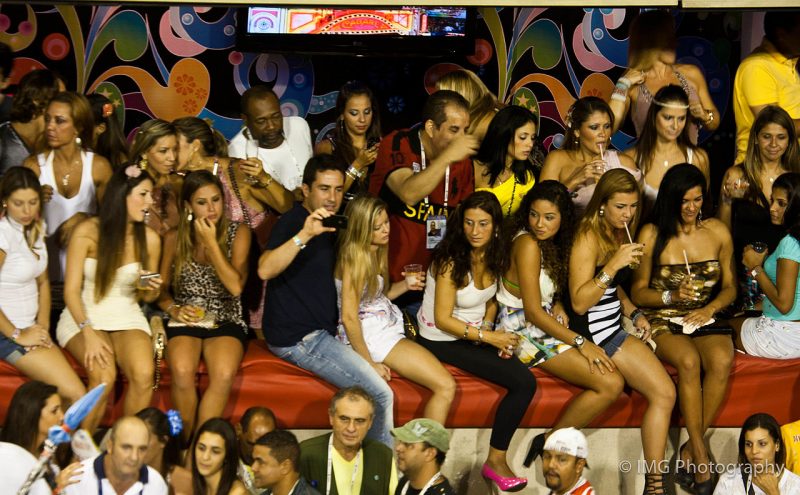 The carnival is all about drinking, dancing and having fun. There are towns that people get to drink a lot and not just any beer; they prefer Catuaba. SauPaulo is the town where drinkers prefer Catuaba. Catuaba is an alleged herb with aphrodisiacal properties. Despite being loved by the people, the drink is cheap and as some might claim it makes one go crazy with fun and might even forget to go to the bathroom!

Are you looking for new friends or are you a loner? The carnival is a place to go. The carnival is a great ground for forming great bonds with locals and visitors alike. From drinking buddies to friends forever. With all the music and dancing and drinking, you meet new people and from there stories are exchanged, walls broken with new bonds forming. 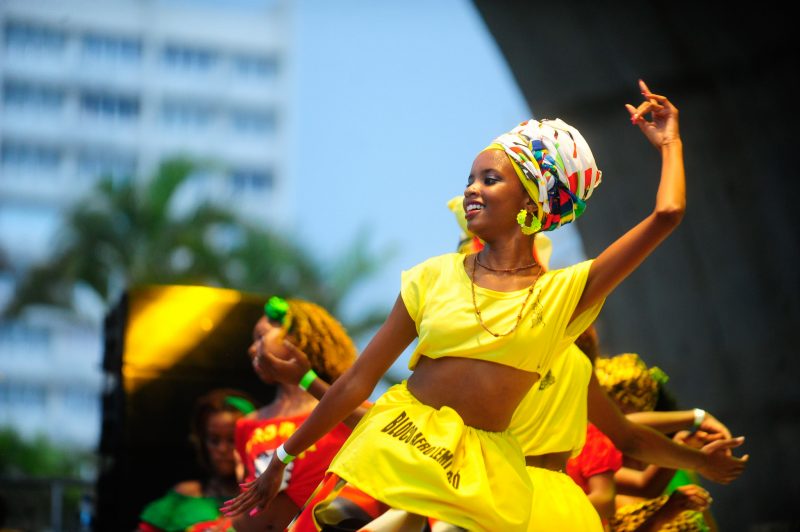 You may not have entered the Sambadrome, but the crowd that is often outside will make you regret nothing. The group tends to drink, sing and dance which is the purpose of the carnival. In Rio de Janeiro, the groups join in with the blocos. The blocos are bands of the festival that do street performances. Nothing to fear, take to the streets with the blocos!

14. Joining in the Parade 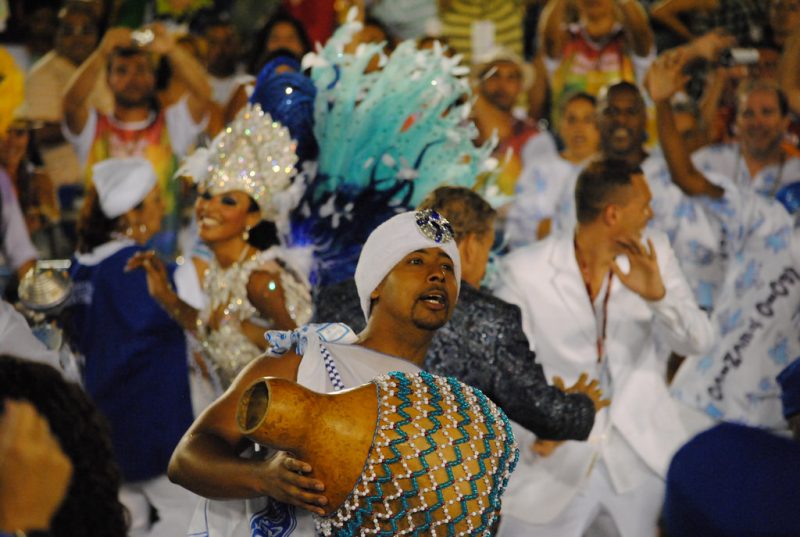 There is nothing as fun as joining to participate in the carnival. It is not just about watching, but feeling the thrill as one of the members of the procession. Locals and visitors usually are given an opportunity to participate in the parades. All that one needs to do is to contact the independent league of the Rio de Janiero or each school. Time to let loose and be in the parade!

15. What else during the Carnival? 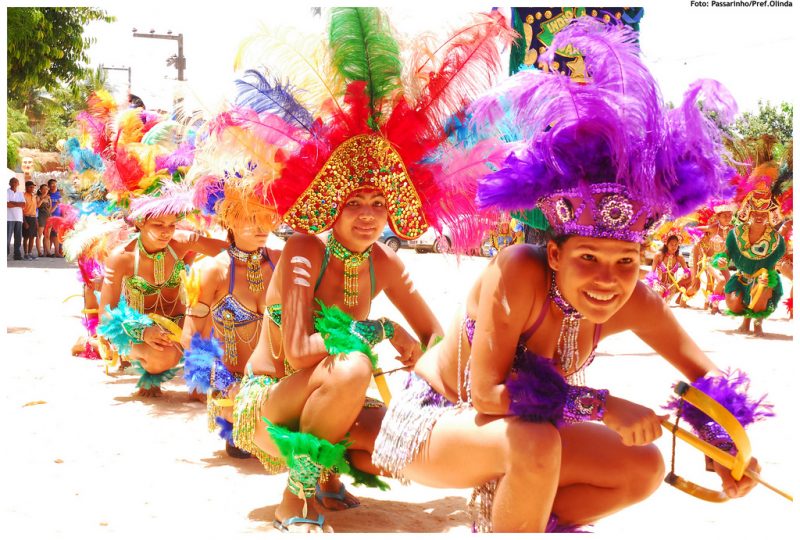 The Carnival gives way to various parties and celebrations all over the country. Some of them include street parties that often start at 5 pm up to 3 am and held every night of the Carnival. These celebrations could be orchestras, samba dances and also singers. With the music being more of the old school, the majority audiences of these parties are the slightly older. It is party time in Brazil. You can’t afford to miss this! Take a trip to the land of festivities! You can always wish for more of that, now that you know what to expect!